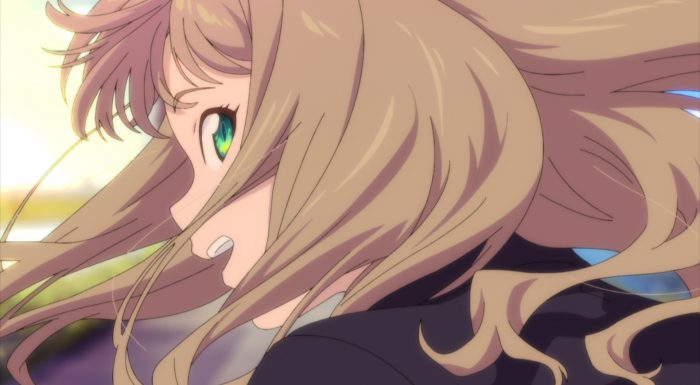 That was a pretty solid second episode. Events took a step forward and we got a lot more progress than I expected we’d get this early on. It was nice to see Yume surprisingly embrace this new role and not being the one dragging her feet. Not that she’s overly comfortable with everyone yet. But I really expected it would take an episode or two before she’d even really cooperate with them. No complaints here though. I still expect that her issue with promises and past trauma will come into play sooner or later. But for now she’s a pretty reliable member of the team. 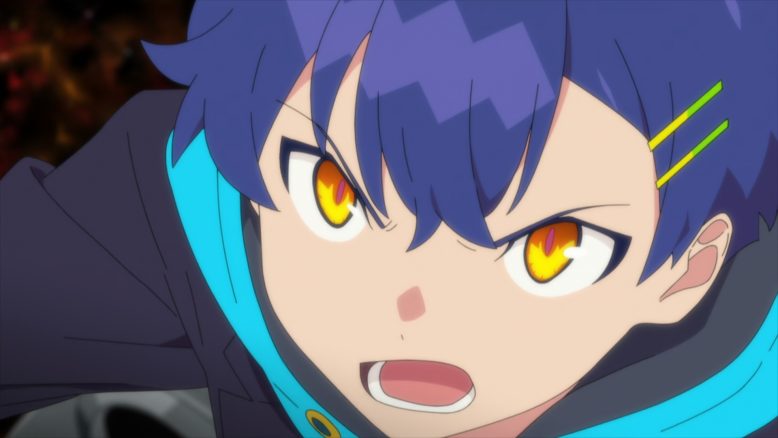 Didn’t expect him to be a problem

The twist was that Yomogi was the one who was dragging his feet here. His issues came into play more than I thought they would in the second episode. Although when thinking about it that makes a lot of sense. He is openly desperate to work as much as he can so he can make enough money to become independent. The situation with his mother isn’t looking good with them not seeing things the same way. She’s not in open conflict so much as she doesn’t seem to see that Yomogi isn’t happy. Part of that could definitely be him not communicating it well enough. But I also get the feeling that she just isn’t listening and doing what she thinks will make him happy rather than asking.

Of course by the end he was pretty onboard with this fight. I’m not sure how he’s going to handle it with work or if he’ll end up losing his job. If he can work out his home issues without needing to hoard cash then it won’t really matter. At least I think he now realizes the importance of fighting. If he slacks off that doesn’t mean they’ll win at the end of the day and more people could die. I’m sure people have and will die in this, but the costs will only skyrocket if they can’t step in. 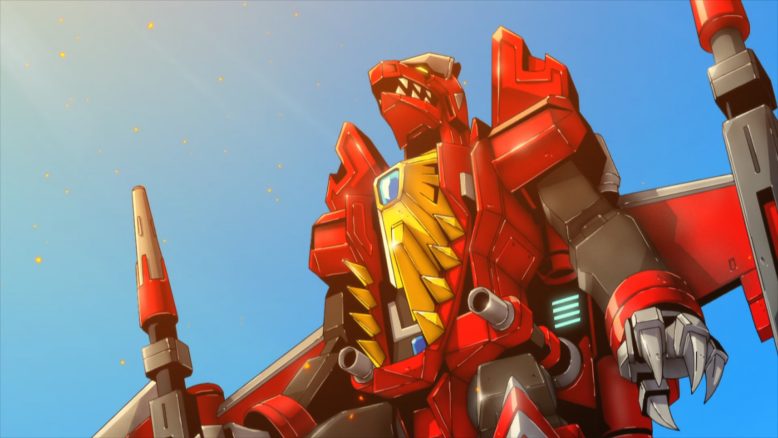 This episode allowed Yume to play a pretty proactive role here in reaching out to Yomogi. Not only did she actually apologize which I wasn’t sure would happen, she actually did drag him along for some one on one training. She hasn’t completely opened up as to why her sister’s death has left her with this habit of making promises she can’t keep. But at the very least she’s opening up to someone and their relationship is steadily progressing. Both of them have a long way to go anyways when it comes to talking about what is bothering them. Yume is a nice girl at the end of the day. She’s got some real issues, but she at least knows that. And she at least seems determined to not let people die like her sister did. That’s enough for being two episodes in. 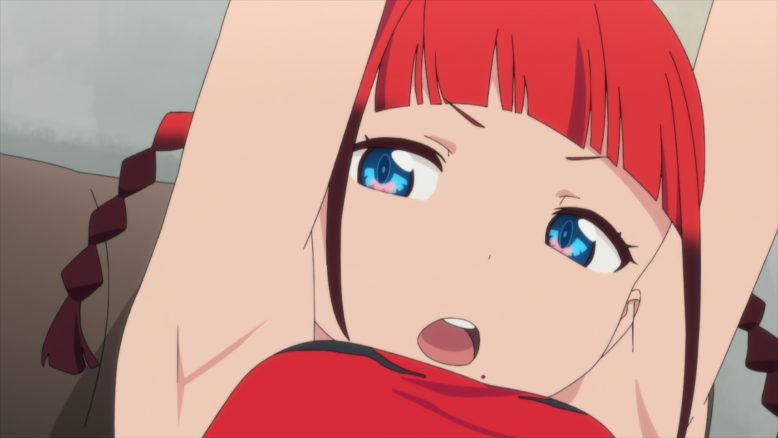 Not much to say when it comes to the cousins. Koyomi is a pretty decent guy and is certainly embracing this whole thing. Although I’m sure finding out he won’t get paid for saving the city will hurt. Curious to dive into his backstory and find out what’s up with him. At least he’ll be a good teammate for the moment until his character arc gets going.

I’m still also curious about Chise and what her role in this will be. So far she’s still not joining in the fight itself. The option is still there to let her jump into the position of her cousin if he can’t fight or find some way to support the team from a distance. At least she’s pretty upbeat and a bright source of energy. With a few characters that are either weird or troubled she’s looking to be one person who isn’t that weighted down by her situation. Even though she’s not going to school herself. 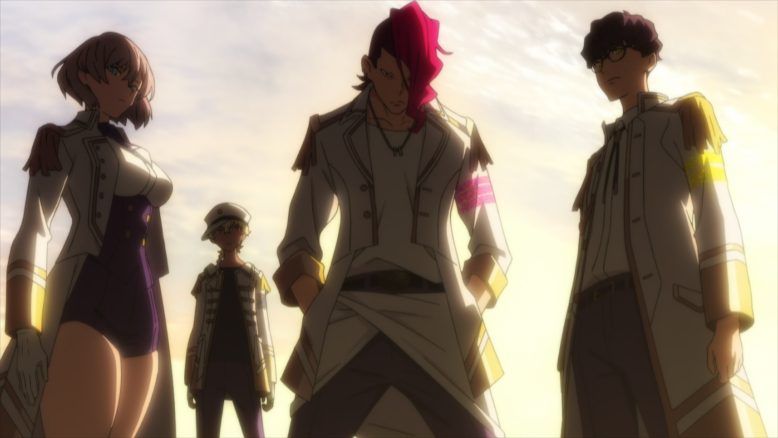 We even got to meet the antagonists this week. It wasn’t the case either that they just hung around in the background by themselves. Instead they straight up approached the main cast at the end of the episode. It makes sense since they know Gauma. Curious to find out what happened between him and the other kaiju users. The odds seem good though that it was a matter of policy and perspective. They have a different view of how the world should be and don’t mind having kaiju run wild to get it. Curious to see who exactly gave Gauma the Dynazenon. It could be Gridman or someone else entirely. 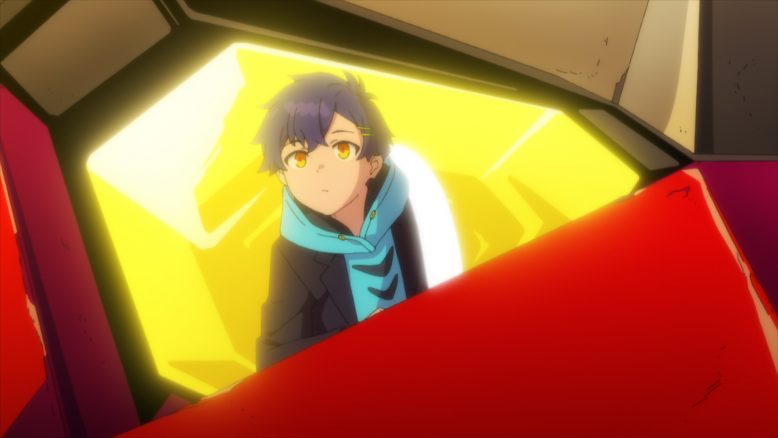 What I found really refreshing though is the distinction between this and Gridman. There is no instant wipe or memory loss. Everyone knows about the fight that happened and the damage remains. That will make watching the evolution of the situation in the town more interesting. Beyond that I kind of found it fun how the cast can just summon their machines whenever. I suppose that’s a given since they shouldn’t have to wait for enemies to show up first. But I like that they can actually bring out these cool looking machines and get to training on their own terms. Unless they don’t show up (like Yomogi) they can actually get pretty proficient with them and not have to learn while fighting. Just feels more responsible than just only trying while fighting and barely staying ahead of their enemies. 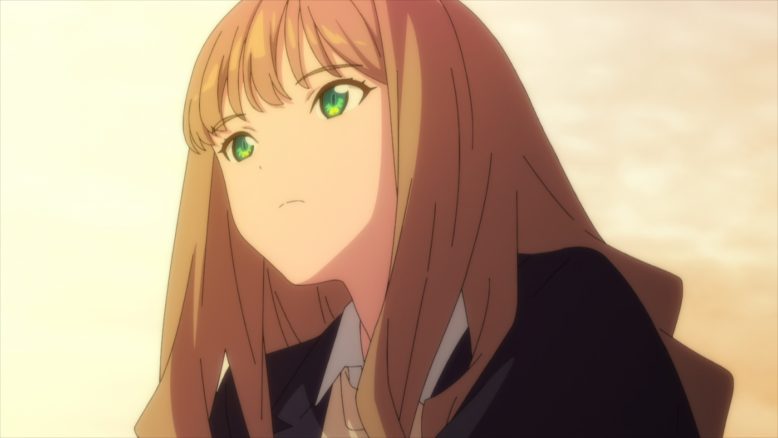 Honestly I really enjoyed this one. It didn’t have the same huge payoff like with Dyna Rex just wrecking an enemy in a flurry of attacks. But it had some nice character development, revealed a bit more of Yume’s backstory, and showed how smaller combinations can really win the day. If you are going to have combination robots then you need to make the most of the different possible modes. It shouldn’t just be about combining into a single machine. Although I’m sure as the show goes on they’ll have to lean more and more on just that. Still not entirely locked in here, but this was a really good episode that left me wanting to talk about it. And that’s not a bad sign at all.