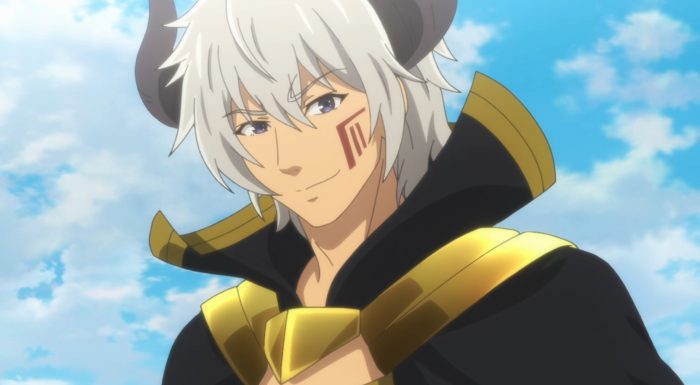 And so returns the isekai silliness of How not to Summon a Demon Lord. This show certainly developed a love it or hate it position pretty quickly in 2018 and that continues in this 2021 sequel. We get a character (nearly) dying in brutal fashion, a molesting mushroom monster, fanservice, and overwhelming power from Diablo. This is basically exactly the way to establish what the show is without spending too much time recapping. Obviously everyone is better off just watching the first season. But this did the job in getting the new story moving and establishing what has already happened. They are right off on a new adventure by the end of the episode. After spending the entire first season in that one city they are leaving it behind for now. 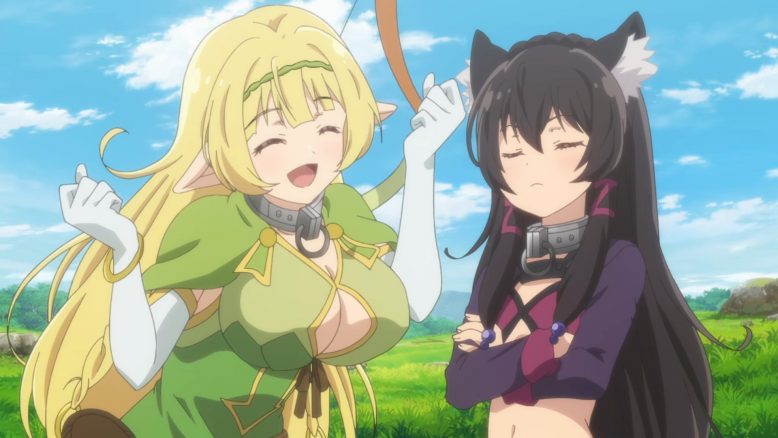 Good to have them back

I know this show is either going to work for people or it won’t. But, I did enjoy the first episode here. It was nice to see everyone again. Rem and Shera were as fun as always, Diablo is an awkward but powerful person, and we even got brief moments from Klem/Edelgard/etc. I can’t blame anyone that is just not having the fanservice here, but I can appreciate them not really toning anything down in the second season. Starting right off with focusing on the fanservice appeals of Rem (tail/thighs/bottom) and Shera (chest area) without much shame. Both Shera and Rem are as forward as ever. And both of them show their approval of what Diablo can do in their own ways. Shera being more exuberant while Rem is calmer in her praise.

Maybe one difference is that they are both much more forward when it comes to staking their claim over Diablo. They didn’t let things go very far with Lumachina even talked about how she’d have to marry Diablo because he saw her in a nearly naked state. Of course I’d agree with that being utterly stupid anyways since it is an issue of her family/beliefs and isn’t Diablo’s problem. But beyond that they aren’t going to let someone just drop into things and jump right past them to marrying the guy. Although I think they are only just realizing how serious they are and how serious the other one is. It’s one thing to just have a small romantic rivalry and another to go straight to the whole ‘who is he marrying’ debate. 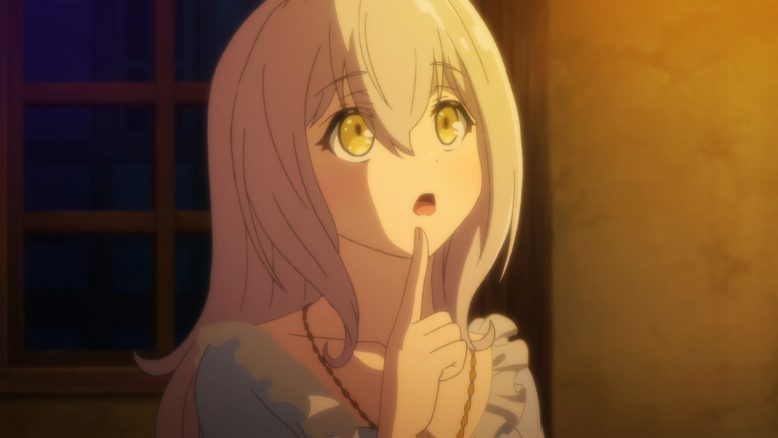 I wonder why people want her dead…

The story is definitely moving in the direction of a Church conflict. Not a surprise considering how the last season ended. The corruption within the ranks of that Kingdom is clear as day. That scumbag who nearly killed Rem deserved everything he got. But I get that Diablo isn’t comfortable starting a major conflict with the overall organization. He is incredibly powerful, but he doesn’t have limitless power. His magical reserves are a serious weakness that can be exploited. Fighting a whole army wouldn’t work out unless he did enough damage quickly to make them run away scared. But there’s no avoiding some issues with him having to protect the head of the church who is now being targeted by the corrupt cardinals.

I’m not sure if I’m impressed by Lumachina’s morals or shocked at her lack of foresight. The corruption and issues within her church are legitimate and she’s right to stand against it. But if she doesn’t have the power to back up her position then it’s pointless. Without downright good fortune she would have died and dragged her protector down with her for nothing. Now it’s good for Tria that she’s presumably not dead. Although she could easily be captured and used against the main cast later on. But, that’s how it goes when you only have the moral high ground and nothing else. Diablo is right in saying she’s an idiot. A likable fool and with good morals, but a fool nonetheless. 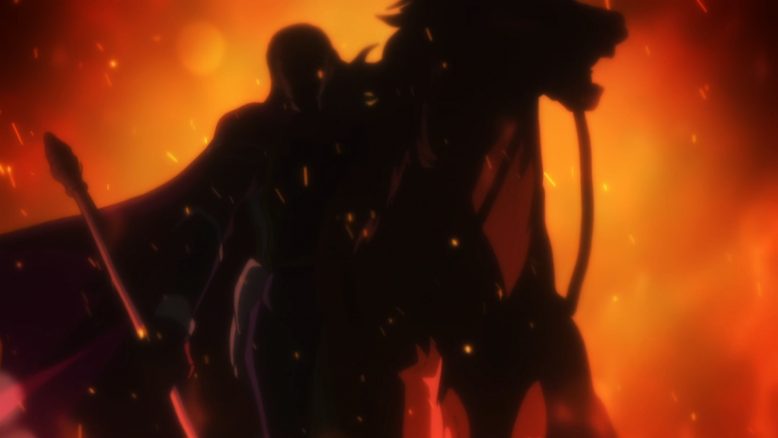 Right now the journey is pretty straight forward. Get Lumachina to this great paladin and let him help resolve the situation. Of course it probably won’t be simple by the end. There’s no telling how powerful this guy really is and honestly whether he’s on their side. Batutta sounds like a good guy. Until they meet him though we can’t be sure he isn’t corrupt. Being out away from the capital tends to make him seem trustworthy since they’d likely want to keep loyal individuals closer to home. You never know though. It will be nice to expand the cast a bit anyways. Their connections within the city was fine, but they can just continually introduce new faces during this journey. Possibly even hitting Diablo’s dungeon along the way. If that dungeon exists then the question of the nature of the world Diablo has entered gets all the more complicated. 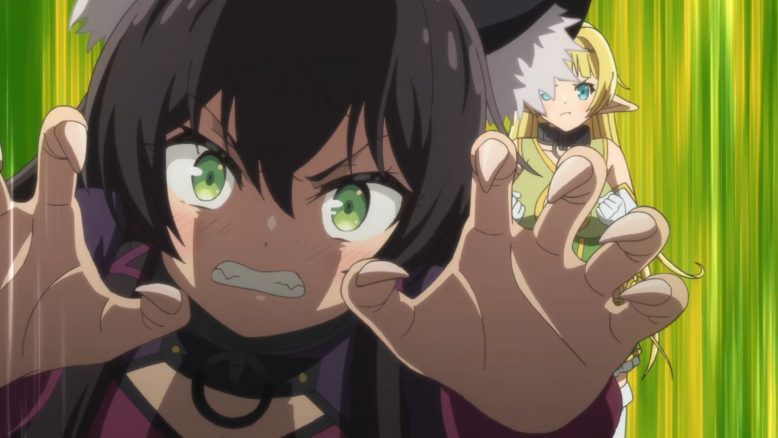 Back off new girl!

I’d say this was a pretty good start to the second season. It had just about everything the show is known for. Plenty curious to see where things are going as well. The immediate concerns for Shera and Rem were resolved in season 1. So I’m curious to see if they’ll have new issues arise beyond just having to protect their position around Diablo. Considering Lunamicha’s political position I somewhat doubt she’ll be a permanent harem member or anything, but she could be on the periphery like Edelgard and Klem. I’ll definitely keep watching. Though will see how the coming episodes go in terms of covering it this season.