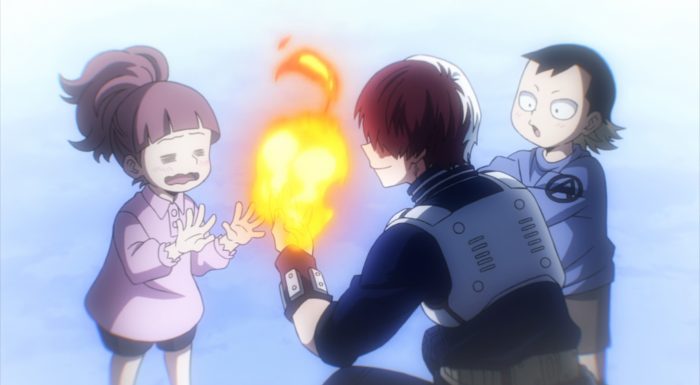 This is the kind of thing I was hoping to see. An episode that further developed the overall setting of Boku no Hero Academia and furthered a fairly important familial relationship that deserved that kind of attention. Rather than the big fight last season, this is the episode that starts moving things forward in terms of Endeavor’s redemption story. I didn’t think the fight against the super Nomu was as important as what came in this episode. The hero Endeavor was #2 for a very good reason. He was extremely good at his job. Even before that last big fight Shoto had matured to the point where he could appreciate the strengths and capability that made Endeavor as good as he was. The fight against the Nomu should have an impact on how the public perceives Endeavor, but it shouldn’t go far beyond that. 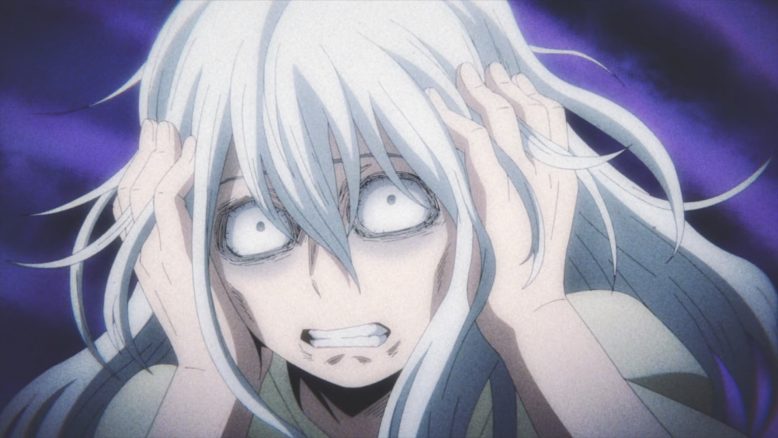 I can understand the rage when seeing this

Which is why I was very happy to see the outburst by Natsuo in this episode. You do need someone who is still openly angry at his father here. Yes, the fact that he can be openly angry reflects how much Endeavor has changed. Since no one in the family would have had the courage to risk his wrath before. But that’s all the more reason why Natsuo needed to be heard and his perspective has to be taken in. It shouldn’t be easy for Endeavor to get his redemption and to build the bridges between himself and his family. I wouldn’t even say he’s rebuilding them since from the start those connections never existed. He built that family for the sole purpose of breeding someone to surpass All Might. There’s a long road to go there.

But I’m fine with that. It might not seem that way, but I’d be fine with Endeavor reaching a point where I can openly like his character. I still think that jail time wouldn’t have been a bad angle to take, but redemption can come in many forms. And I think you get a nice spectrum when it comes to the children responding to Endeavor. You have Fuyumi who wants to just patch things up and build up a family connection. She’s clearly starved for familial love and is happy to take this change from her father if it means getting it. Natsuo is still very angry and it won’t be an easy road for him to truly accept his father. Shoto is in the middle. He can respect Endeavor’s ability has a hero and appreciate that he is trying to change. But he can’t forget the pain either. 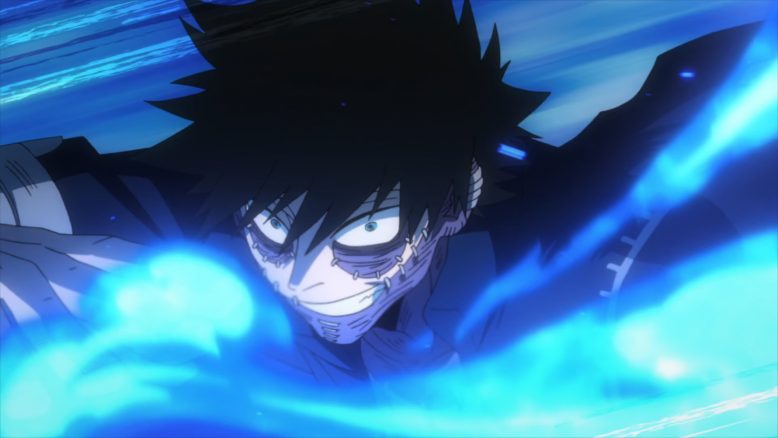 Might as well cover Dabi. At this point I’d say he’s gone from a possible child of Endeavor to 90% being one of his kids. They name drop one brother we haven’t seen in an episode where the fire using villain of the League makes a big appearance. If it’s a misdirection then credit to them for it. His interactions with Hawks was interesting as well. That’s a tough role to give the guy. Playing the undercover cop here is a very dangerous thing that could blow up at any time. Not to mention he’s going to have to really bend his morals if he wants to get in with the League of Villains. No shock they aren’t going to trust him that easily and I worry about what he’ll have to do. It does make sense if they want to crush the League for sure this time. 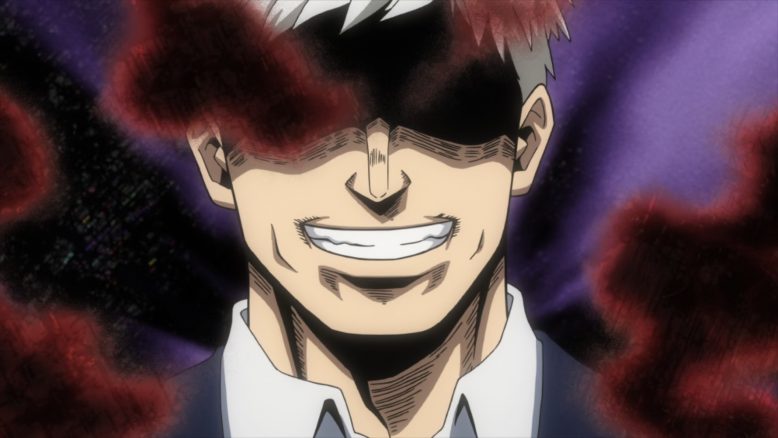 The All for One business wasn’t the highlight, but there was some good stuff there. Certainly there wasn’t a lot that we didn’t already know. This was mostly just visualizing what All Might already told Deku about the history of One for All. We could see how All for One steadily built up his empire of ‘friends’ and how things got out of control. With the power to control quirks in a world that was being overwhelmed by the appearance of quirks…yeah he had a lot of power and influence. The world was dancing in the palm of his hand. Any given whim of his would be followed through by his obsessive followers and chaos would result. It is interesting how the will of even the first user of One for All is still within the power itself. Things could get rather interesting in the future. 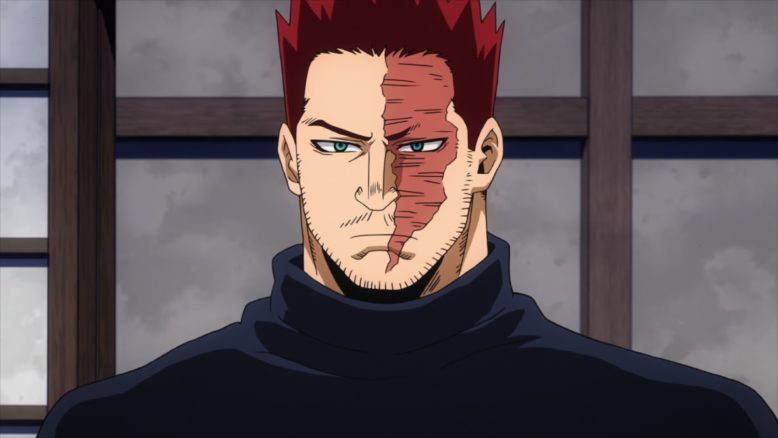 Let’s see how this plays out

Honestly this was a really strong episode. Definitely more impactful than the technical first episode of season 5. The story is ready to move forward now. Of course the focus is going to be shifting back to Deku and Class A as it should. This is his story after all. While it’s interesting to see how Endeavor (and his Shoto mirroring facial scar) continues to develop, I’m happy to get back to things with the main characters. Deku is clearly in a critical stage of his own development with his deepening connection to One for All. Time to see where this is all going.