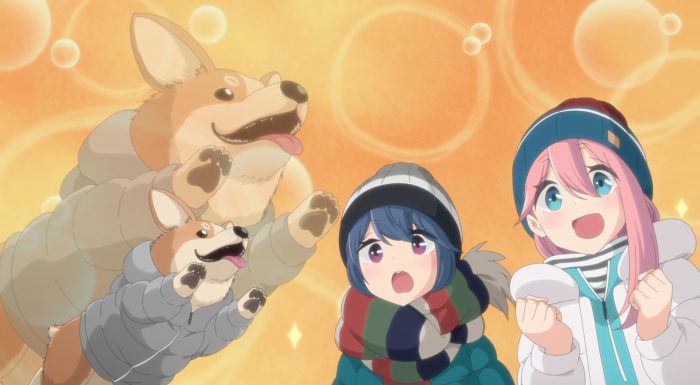 And with that Yuru Camp’s second season has wrapped up. This was another really good episode that let the emotions of a season ending mix with the feelings of a trip ending. Not a bad approach to just let the characters focus a bit on how it feels to have such a fun trip finally end. We got a lot of good times out of this trip. I didn’t think they’d give it this many episodes, but it absolutely paid off. And it was nice seeing the characters hit a few more locations. Also good to repay some huge help earlier in the season. 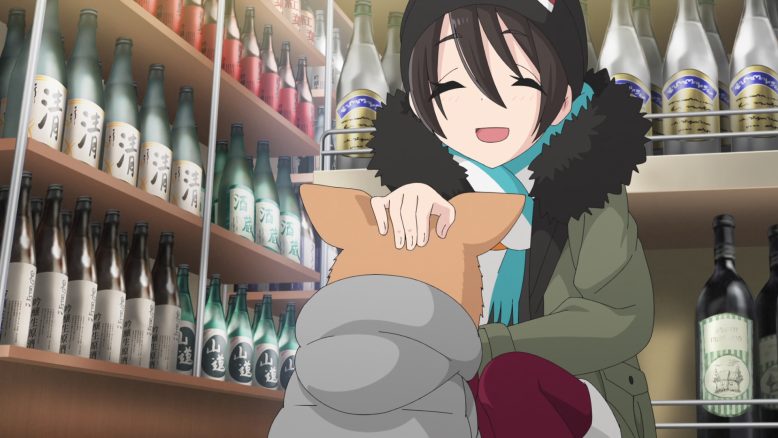 Nadeshiko has a tough time getting the dogs to instantly love her. Once again getting the flyby when she was ready to express some love. Choko being the heartbreaker this time. At least Nadeshiko wasn’t by herself and Rin joined her. Of course I’m sure next time around Choko will be more comfortable with them and be willing to give them some attention. At least I hope so. It’s a good little spot of comedy though. And I’m glad the group managed to make this trip and visit the couple that saved some of them during that cold trip. All the more so since they saved them again during this trip by letting them know about a campsite they could use when their initial plans didn’t work out. 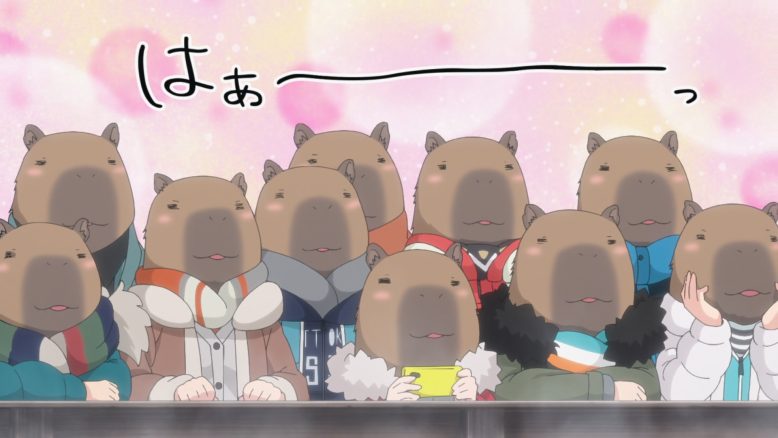 Both cute…and kind of frightening

This was another beautiful episode really. They got to visit more geo-spots and enjoyed the natural beauty around them. And it’s not a bad thing to show off these areas during effectively their off-season. The mountain getting a controlled burn recently which is important for maintaining it safely, but leaves it in a unique state for the main cast to visit. They no doubt have a huge collection of great pictures to let them look back on the trip fondly.

Glad for Akari that they finally made their trip to see the capybaras. I don’t necessarily see them as the greatest creature on the planet, but no doubt they left a strong impression on the main cast. A very strong impression in some ways…Also I did get a nice chuckle at the reveal that some animals weren’t being left outside and instead had just escaped XD. I know some family that live in more rural area have had to contend with animals getting out and leading to a good deal of chasing to get a handle on them again. My condolences to the staff who has to chase down all the pelicans, peacocks, and monkeys! 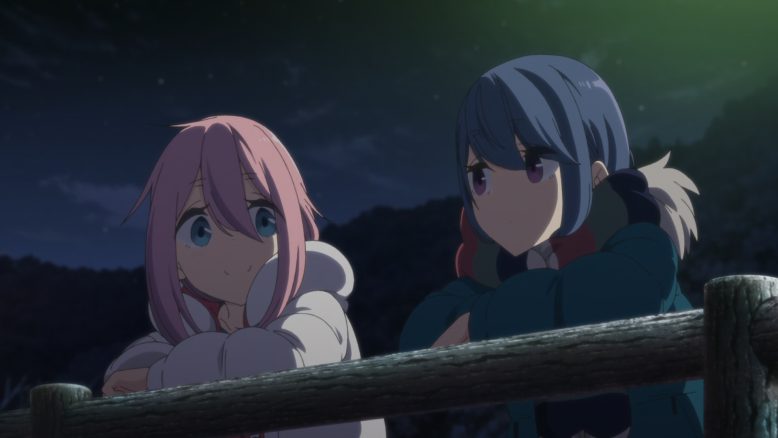 As someone who really enjoys the Nadeshiko and Rin moments in the show, this episode utterly delivered. It felt like they were making up for the times they weren’t spending together during this trip by basically doing everything together. We got the funny picture moment while they were on that lift and also got to end the show with a really nice little chat. Maybe my favorite moment among all of them was Rin holding off on telling Nadeshiko that she worries too much. Because of course that would be totally hypocritical XD. She can relate to the feeling of worrying about someone you care about and racing out to check on them. Huge credit as always to Nadeshiko’s sister for giving Nadeshiko a ride for a reason like that. I’m sure she found the whole thing rather amusing.

These two may not have gotten a literal paired camping trip this season, but I like what we did get for them. There was the trip to Nadeshiko’s hometown, Rin checking on Nadeshiko’s solo trip and this last big camping trip definitely let their friendship shine. No telling when or if we’ll get another season. But can at least say this episode ended on a feel good note. They both expressed how they felt about the trip they went on and can look forward to the future a bit. 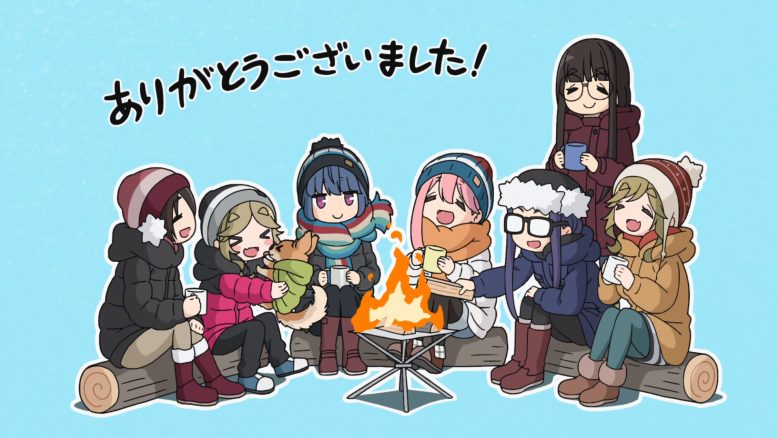 This was a really relaxing show and one of the most enjoyable of the season for me. It wasn’t action packed or heavily dramatic, but was exactly what it needed to be. And this last episode really reflected that. We got a variety of camping trips and of course forward momentum between the trips. Nadeshiko got her job, Rin learned more about her family, Ena is getting more into camping, we met Nadeshiko’s childhood friend, etc. A fair amount happened even if this is the type of show where nothing world changing is going to happen. Certainly I had no wishes to stay outside for long this winter. But it was nice to see the characters on trips and enjoying nature.

The whole package of Yuru Camp was a strong one. Each week was comfortable and I never got frustrated with what was going on. I do hope we can get another season from this someday since I’d like to see more of this cast. But if this is where it ends then we had a great run with Yuru Camp. Sometimes you just need a show that isn’t too intense and lets you lean back and relax. The trick is just making sure the show isn’t boring and this show just never was. This show was pretty easy to talk about even if there wasn’t always a huge amount of things to say.