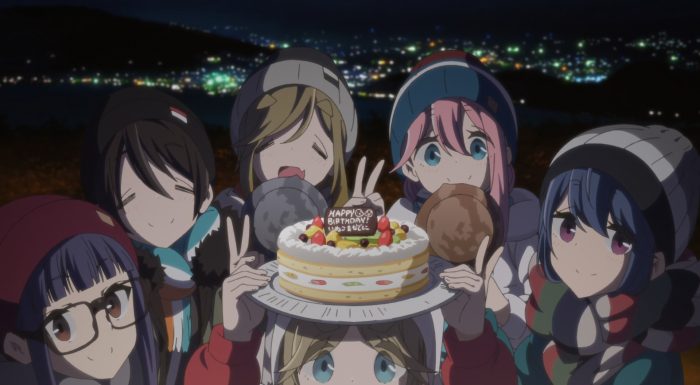 I’m really glad this ride isn’t over yet. This final camping trip of the season has been a great little arc for the show and it should wrap up nicely next week. This time around we got to see the cast continue their really nice tour of the Izu geospots while also fitting in a nice little birthday party for Aoi and Nadeshiko. It was just a very relaxing episode with a lot of good food, good sights, and little character moments sprinkled around in it. In some ways there isn’t too much to say about the episode itself besides how much I did actually enjoy it. 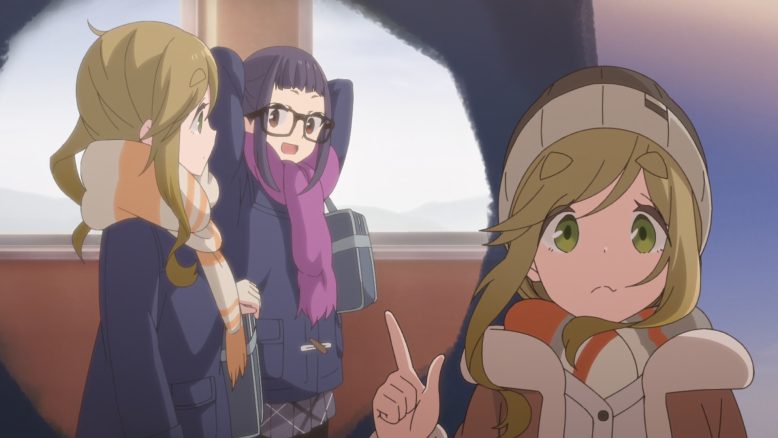 A good point that I didn’t think of was that the whole party was basically done for as a surprise from the start. Aki basically broadcasted her intentions when they brought up the birthdays and how they would align with the camping trip. In a sense how could you really make it a surprise anyways? Everyone knows about these birthdays and with them happening during the trip it seems a given they’d be celebrated. Doesn’t help either that not all the shopping was all that subtle. In a sense they really needed someone like Ena running that entire operation to keep the party as under the radar as possible.

Not that it mattered in the end. The party was a big success and everyone had a good time. The surprise element wasn’t big, but that only applied to the existence of the party itself. The meal was a huge win and there’s no doubt there. The ‘shrimp head masks’ that appeared for the sake of comedy got that point across easily. Good for those girls though. Nadeshiko especially has been the main person behind many of their camp meals. So having her get rewarded by others putting in all that effort was well deserved. 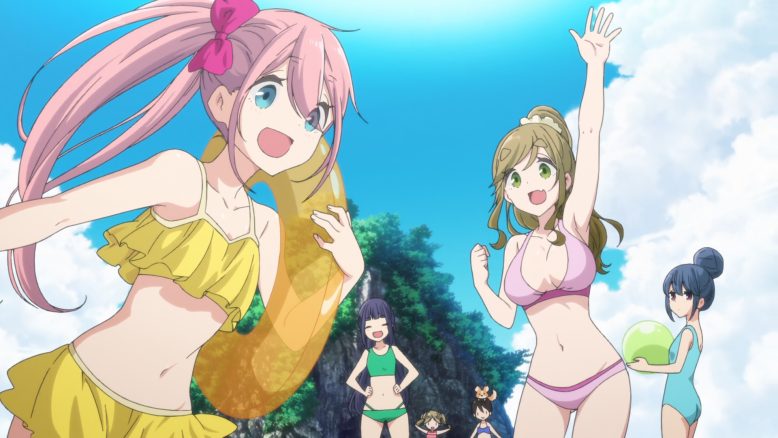 Credit to the show for finding a way to get the characters into swimsuits during a show that is all about winter camping. Just a minor thing, but I found that rather funny. The episode had a lot of nice sights when it comes to the actual environment though. The trip to the island while the tide was low definitely made for a nice moment for the characters. I have no doubt that water was darn cold, but it should provide a nice memory. No surprise that would be a pretty popular tourist attraction. All the more so in the warmer parts of the year XD. 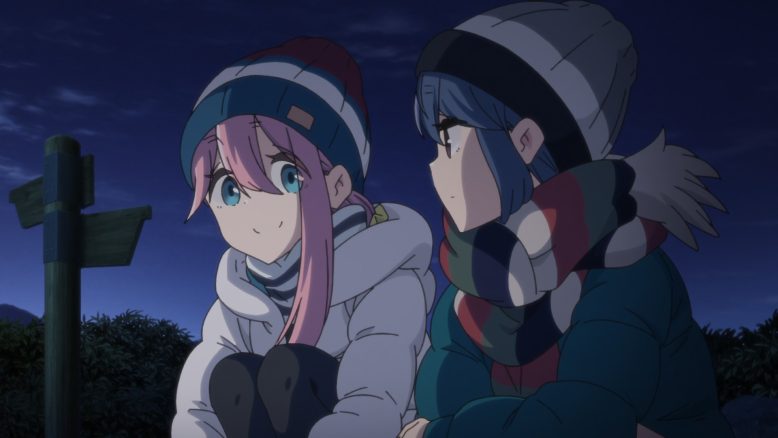 This has been a great riding journey for Rin. She’s getting to see the sights all the better this way. Plus it is a nice chance to reflect on the bond with her family. All of them sharing a passion for riding even if her mother has mostly put a close to that part of her life and is happy to not bring it up. The bonds in the show don’t always have to just be about the main cast. Family is an important factor and with Rin that element is shown off really nicely.

Of course I was happy that she and Nadeshiko had a quiet chat while waiting for the sunrise. That friendship has remained one of my favorite parts of the series. And yeah there’s no doubt that Nadeshiko’s housewife power is only on the rise. She knows how to make the absolute most out of every meal. 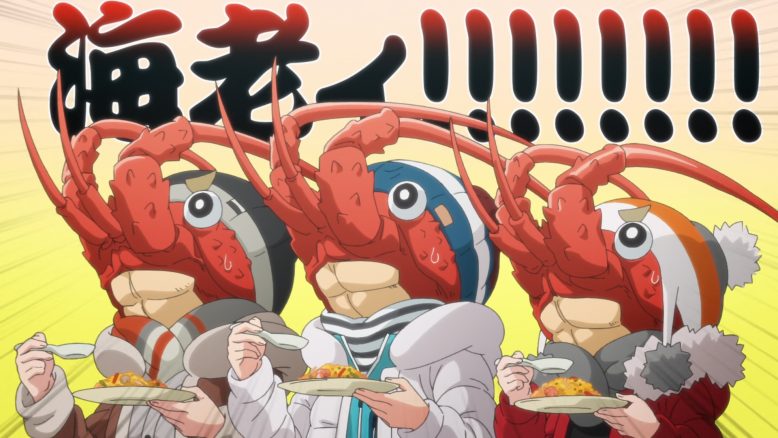 Now for our sci-fi episode!

Definitely a comfortable and relaxing episode. The most tension there was involved Aoi tricking her little sister or the attempt to keep the surprise party a secret. The former was resolved later through food and the latter was never really a secret to begin with. We got some nice moments like the group seeing the sunrise and a reminder that these characters have plenty of fun ahead of them. There’s one more episode to wrap up this trip. I wouldn’t be shocked either to see more of this series down the road. Really was a nice touch to open up with Nadeshiko being a bit uneasy about her move and finishing with her truly having found something to get passionate about.