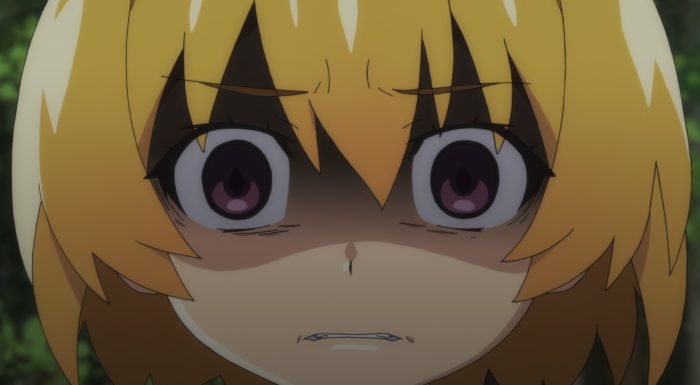 Well…this is happening. I wish I could throw it out there with more hype. But, I am legitimately worried about the rest of this season. We’ve got three more episodes before this ends or we get confirmation for another season. But that’s something to worry about later. Right now, we have this episode where Satoko finally goes off the edge of the cliff. And wow, I don’t think it worked at all. I was kind of hoping the route they were taking here was going to really just blow me away in a good sense. After all the situation isn’t a bad one to make work. Satoko is a good friend and trap master. If she goes over the edge and gains the ability to attack across multiple timelines then it could lead to an intense struggle. I’m not sure they set it up well enough. 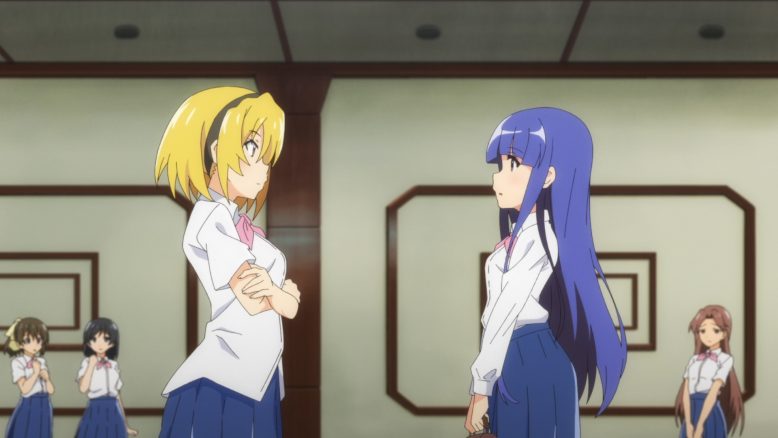 I wonder when Satoko will realize she’s become the villain

Let’s just break down Satoko’s angle here. She’s not happy at this rich girl’s school and would like for things to remain the same as always. Like many people she prefers stability, familiarity, and as a consequence isn’t a fan of change. That in itself is fine. Heck, her solution to try and talk things out a bit openly was good. It came after trying to sabotage Rika’s efforts to study, but let’s just celebrate baby steps here. They have a talk, make some promises, and Satoko agrees to try to get into the school. So things play out fairly similarly. A main difference is that with that promise in mind Rika apparently tried to help Satoko out more with her studies. But Satoko didn’t accept that because…she didn’t want to be pitied.

I’m sorry, but what exactly was Satoko hoping for? If things played out remotely similarly to the first time around, Satoko actively refused to try and make friends or fit in. Now people shouldn’t just have to change for others. But if you are entering a society with certain social behaviors and those aren’t necessarily bad then it’s probably better to make the effort there. If Satoko wanted to she could have made friends, gotten help keeping up on her studies (which should be easier considering this is the second time she’s doing this) and had a fairly good time. Maybe not totally satisfying since at the core of it she doesn’t like the place. But it could have been fine. Her solution to all this? Murdering her best friend!

What the hell Satoko!? That weird deity promised that you would be able to loop. Rika being able to was not expected from Satoko’s point of view. She just murdered her so-called best friend with no expectation that she would remember anything the next time around. Heck, she wasn’t even entirely sure this looping thing wasn’t just a dream she had. Good luck on any intended redemption arc here. 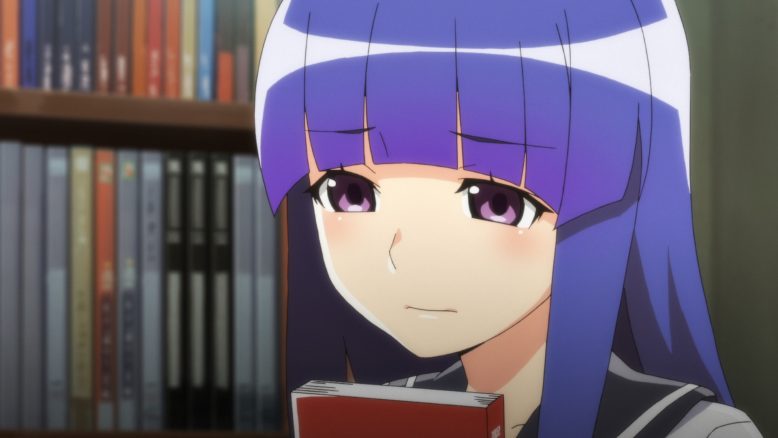 I’m not going to say Rika is perfect. She is a good person and a character that endured untold horrors for the sake of survival and her friends, but she has flaws. Easy enough to say that she should have just given up on Satoko. She invited her too much and focused too much on the ideal lifestyle she was aiming for. Now that’s not hard to believe after surviving what was essentially a hundred year war. Wanting to have her friend with her while she chased a dream she’d had for perhaps decades or more isn’t too crazy. But she should have just let Satoko go and followed her dreams by herself. It would have been unfortunate, but it was the best choice.

But that is literally it for Rika. Her other biggest flaw is frankly a positive in trusting her friends. You can tell from her agreeing to play with everyone that she loves these people. She didn’t fight through hell because she hated them and she wouldn’t have lasted based solely on wanting her own happiness. If it meant burning the midnight oil to try to make it work she’d do that. If it meant helping Satoko study then she’d do that. Before it all went to hell she was happy to get a hug from Satoko even if it wasn’t necessarily proper for that school. Unfortunately, trusting friends only works when they are trustworthy. Satoko refused to accept help because she viewed it as pity (again I still don’t know what kind of help she wanted then). That moment of friendship was betrayed by murder-suicide. There are no words. 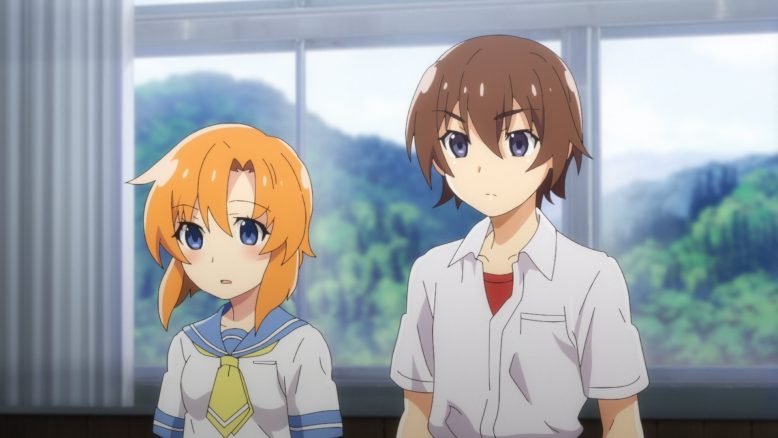 I feel bad for these two

Now we’re moving into possibly covering how some of the arcs we’ve seen played out in the background. Heck, I’m going to presume that Satoko chose to put Keiichi and Rena through what she did because she was pissed at them for changing the club. Maybe Mion was targeted next because she didn’t do a good enough job of choosing successors to the club. That sounds insane, but we just saw Satoko murder her friend because of how she chose to extend a helping hand to her. Insane is kind of the status quo right now. 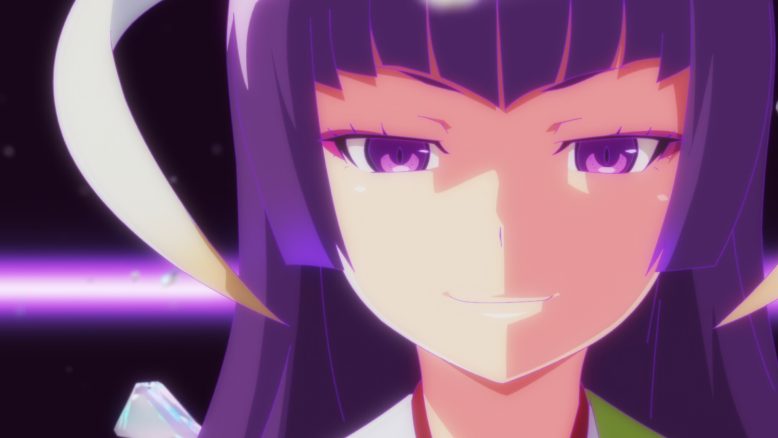 The mysterious figure that somewhat got Satoko into this certainly was unusual. I honestly expected her to actually try to brainwash Satoko or push her to commit murder. But she never said that. It was made clear that to loop that Satoko would have to die. But she never said that she’d have to kill someone. Honestly, I expected more evil here. She effectively handed a tool to Satoko that could be used for good or ill and Satoko just went ahead and used it for horrific deeds all on her own. I suppose that could be called a devilish offer. But while she only wanted amusement in exchange for this power, she never did say what would entertain her. Presumably murder works since the show is happening, but Satoko made her choices. She did get it started with flinging Satoko into the second loop. But did Satoko die there?

The only hope I have right now is that it doesn’t appear as if OG Rika actually died. Satoko got looped when she met this deity. But I don’t think everyone got killed. So in theory Rika and the others are still at that restaurant. Whether Satoko died there is going to be rather important. After all, if Satoko didn’t die then maybe she wakes back up and learns from all this. If she did die…then maybe those characters learn of her death, grieve, and then move on. 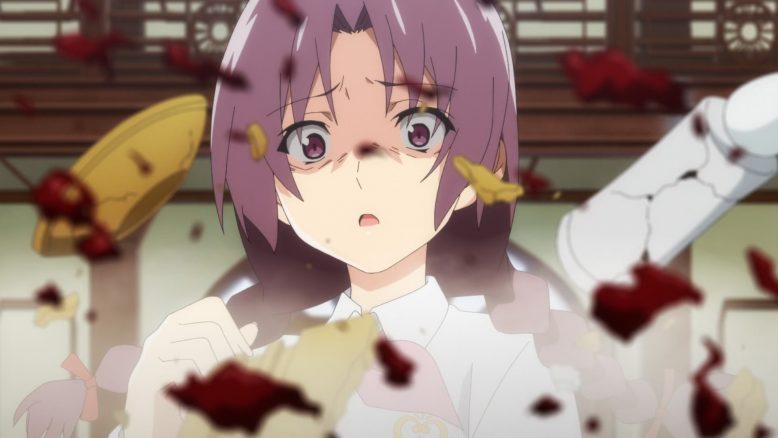 This captures where the show is right now

So here we go. The next episode or two should be covering just how Satoko made this all happen. Again, I’m finding it hard to believe that we won’t get another season here. There just isn’t enough time to do this right. They’ll have to be slow for showing Satoko’s behind the scene horrific actions. Actions that get even more horrific since unlike Rika she has perfect clarity behind what she’s done and experienced each time. This was already getting uncomfortable and it is only going to get more so. Satoko already showed the personality of someone that can hold a conversation and give a hug while intending to murder someone. And we know she’s going to reach the point of being ready to horrifically torture someone she claims to care about in order to gaslight them. This is going to be a ride and probably not a hopeful one.