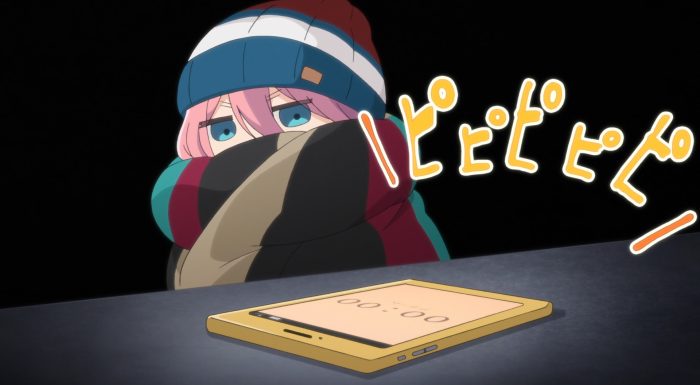 Nadeshiko really did have a great experience with solo camping. I’m glad that any troubles she ran into were extremely minor. She just had to figure a few things out about setting up a tent by herself. Not having an extra set of hands definitely makes for a bit more trouble. But it never really discouraged her and she handled it pretty well. It makes sense considering the amount of time she put into preparing for this. Nadeshiko had good tips from Rin and really embraced the opportunity. So it isn’t a surprise that she thrived. It will be interesting to see how she feels it compares to camping with others, but there’s no doubt she had a good time overall. 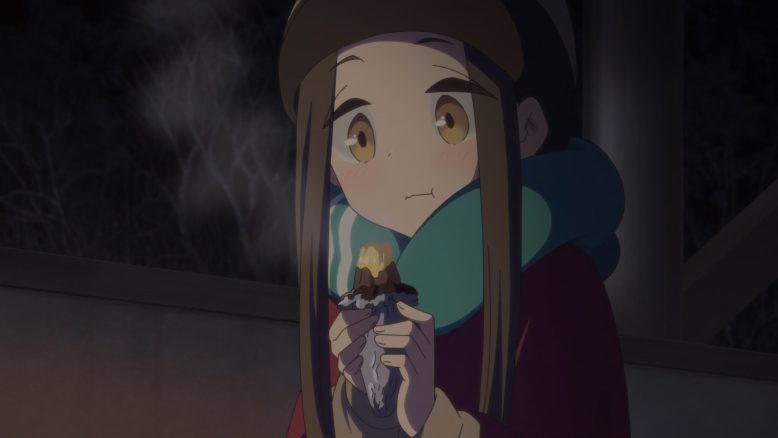 Of course it is exactly Nadeshiko to go on a camping trip and just make friends wherever she goes. At her core Nadeshiko is a bright and social person. So it was easy to see coming when she was walking by those kids camping with their Dad that she would make friends at some point. And it is very Nadeshiko that it was making friends over a meal. She found the perfect camping activity for herself there. Cooking and eating is Nadeshiko’s thing and this was a great opportunity to just experiment a bit for the next time she’s out with others. Because of course part of her motivation was just to make sure her friends could enjoy a meal with her later.

I liked seeing how Nadeshiko inspired that girl. She showed how darn good camping meals can be and how they aren’t all that tough. If their Dad really can’t cook then sure why not let the kids handle that? It’s something that can excite them about camping. They weren’t really feeling. You can say it is partially doing indoor activities outdoors, but I don’t think that’s necessarily the issue. After all Rin spends her time camping reading and that’s not exclusively an outdoor activity. The characters just needed something to spark their interests and Nadeshiko gave that to them.

The fun part of Nadeshiko’s cooking camp was that I was initially thinking she was having troubles. She was wrapped up in BLANKET and just staring at that smoldering fire. I’m not sure if the intention was to mess with our heads there. Regardless though, I did smile when finding out that she was just cooking. Nadeshiko found a way to enjoy this and bring that joy to others. 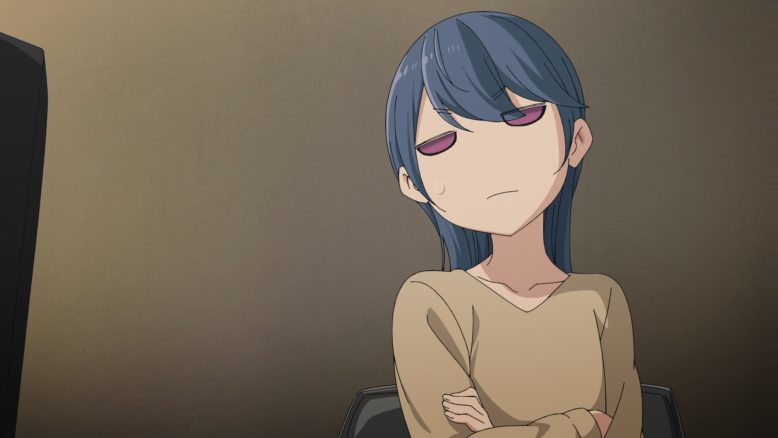 No shock that Rin and Sakura got worried about her. Even though I remembered reading that Nadeshiko was going to an area with limited cell service, I’m not sure if she told anyone else that. Plus, this is coming up right after the Outdoor Club had a close call outside. Rin really cares about Nadeshiko so she was going to worry regardless. But she also sparked the desire to try camping solo (and camping in general). She just couldn’t sit back and enjoy her own camping while Nadeshiko’s situation would be eating at her. So naturally she had to race out there and Sakura had similar feelings. Nadeshiko really is cared for. Both of these two could have been doing other things, but they just had to make sure she was doing ok. 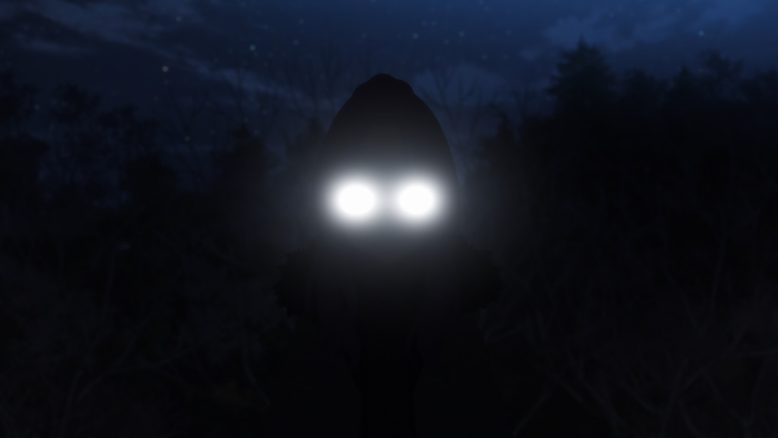 I appreciate that Rin went back on her own. Of course part of me wanted her to just join in since she was there already. My favorite thing is seeing Rin and Nadeshiko camping together so that would have been fine by me. But I can appreciate the sentiment. This is Nadeshiko’s first time camping solo. She’d enjoy having Rin there without a doubt. But this is an experience she can only have once. The first time solo camping isn’t going to happen again. Nothing wrong with letting Nadeshiko fully take in this experience. They can camp together whenever they’d like. Plus I’m sure Rin wants Nadeshiko to be allowed to enjoy something she herself enjoys. It also allowed for comical scenes of Rin and Sakura hiding from Nadeshiko to let her continue enjoying the moment XD.

The one thing I’m surprised about is how this turned into quite the bonding trip for Sakura and Rin. They had this central figure in Nadeshiko in common. But they really hadn’t spent that much time together until now. By the end of this episode you could certainly say there is a friendship there. Sakura I’m sure is grateful for Rin inspiring Nadeshiko to take up a pretty healthy hobby. This is a lot better than making Nadeshiko run for the sake of getting in shape. And honestly it is nice for Rin to expand her social circle a little bit. Besides it might be easier to be openly happy about Nadeshiko’s triumphs around her sister than around someone like Ena who might tease her about it. 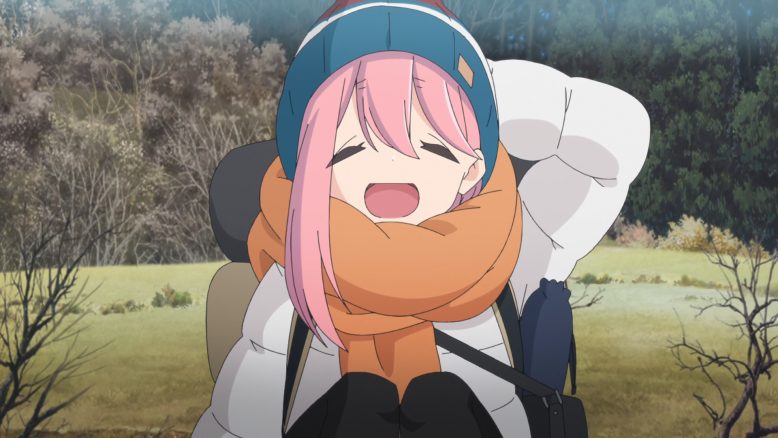 This was just a really enjoyable episode. It was mostly Nadeshiko camping with some side elements thrown in. They didn’t need to throw in too much to make this episode work. Definitely a nice payoff for the time spent setting up Nadeshiko going solo camping. Now to see what other camping trips we can get in before the season is over.