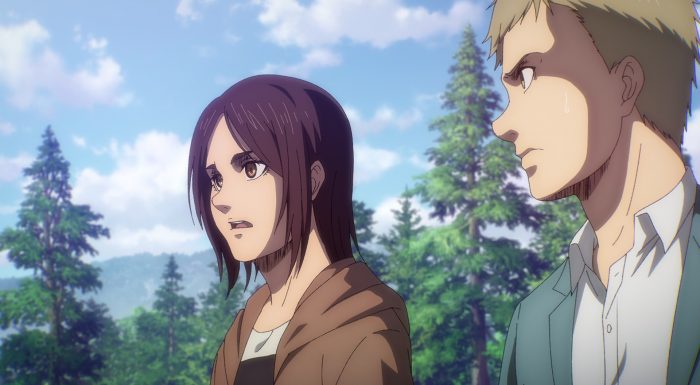 We got an episode that was, for a change, just kind of decent. After what seemed like weeks where we entered and left the revolving doors of quality, Shingeki no Kyojin seems like its settled on an approach. It seems like, at the very least, this entire set of 16 episodes is going to be used to build up to a larger conflict. A big massive war, where there will be deaths and destruction on both sides. To that end, these last few episodes, and really this whole cour as a whole, makes a lot of sense now.

I realize now that the objective and goal of this first half was never to entertain or excite, but rather to prepare. An entire season of buildup for a franchise that’s run as if its powered by rocket fuel, is quite the gamble. Its also a complete switch from what we’ve seen from any of Studio WIT’s work on the franchise. So I will say this, for those that were involved in the creation and production of this season, that was a rather bold move.

Now, as to whether this decision will yield the correct results, well that remains to be seen. I will say, however, that some of the storytelling choices, even in the setup phase itself, have been kind of rough. And nothing exemplifies the problems with this final arc, more so than the duo of Gabi and Falco. 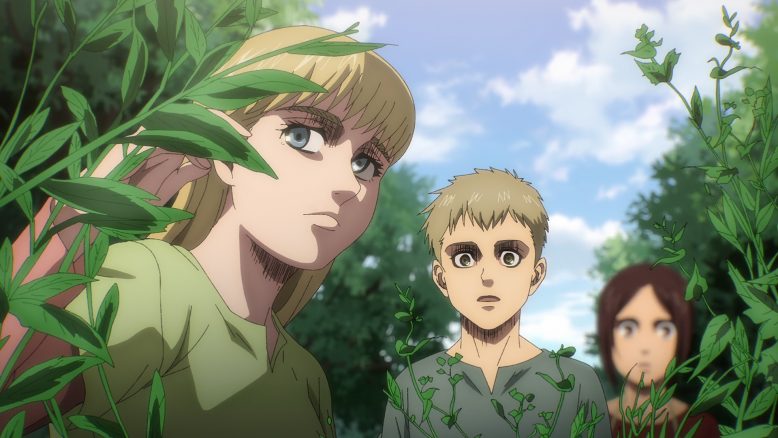 The path to Gabi’s enlightenment… is boring.

Gabi and Falco are at the forefront this week, and as I feared, their story was a pretty bland one. I get that Gabi is supposed to be the indoctrinated child soldier whose eyes are being opened by seeing the other side first hand, but man does this story just feel so…. Preachy? I actually agree with the message that’s being provided here, but the way its being shown and provided just feels so off.

A big reason for that is that the story feels so predictable and standard. Gabi and Falco escape, and just so happen to run into a bunch of orphans who ultimately have links to Sasha, the very same soldier that Gabi killed. The setup here is obvious, as when Gabi ultimately does arrive at the restaurant with the orphanage family, well, she’ll realize the full extent of her actions.

What makes matters kind of worse, is the implication here that everyone knows who Gabi and Falco are. If that is indeed the case, then this whole situation is pretty much a planned thing to either break Gabi and get revenge, or turn her and Falco over to the Paradisio side. I sincerely hope that there’s some kind of hidden meaning behind this whole situation, because otherwise, this whole “Both sides have humans who have done nothing wrong” theme just feels like its being forced down my throat. 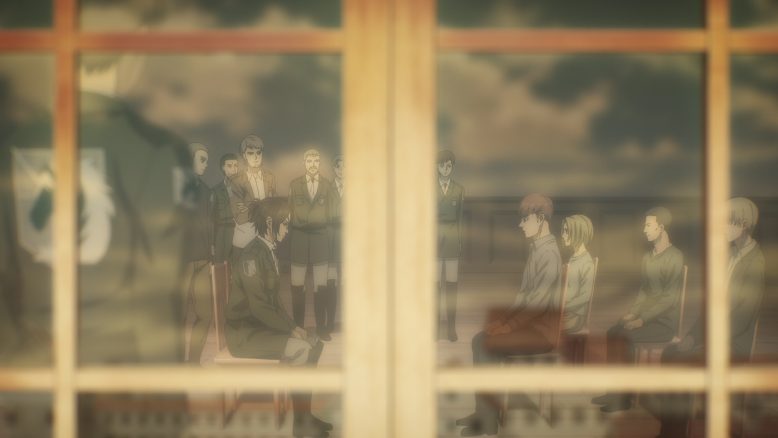 As for everything else that’s in the episode? Well… There’s a lot of contemplation and squabbling among the Paradisio side. Seems like everyone has more or less picked a side, with a good chunk of the Paradisio nation hailing Eren as a hero. Eren did, however, act by himself, so its definitely not sitting well with all his former allies.

That said, I did get a sense that the way Hange and co are skirting around the difficult issues, shows how much they seem like a “fish out of water”. This new reality, where the world is a lot more complex and bigger, is throwing off folks like Hange and the rest of Paradisio’s leadership. They’re not adapting fast enough here, and while I can ‘t say Eren’s insistence to just attack first and ask questions later is the right approach, wasting time and dilly dallying is worse.

And when we get to see the Marley side, well… It seems to echo the idea that Eren and his side of the equation seem to have the right idea. Reiner and his group aren’t about to wait around, and a surprise attack as quickly as possible seems to be in the cards. How much Eren and Zeke have foreseen this, is still a mystery, but I suppose the story is pushing for a full force Marley invasion of Paradisio, sooner rather than later. 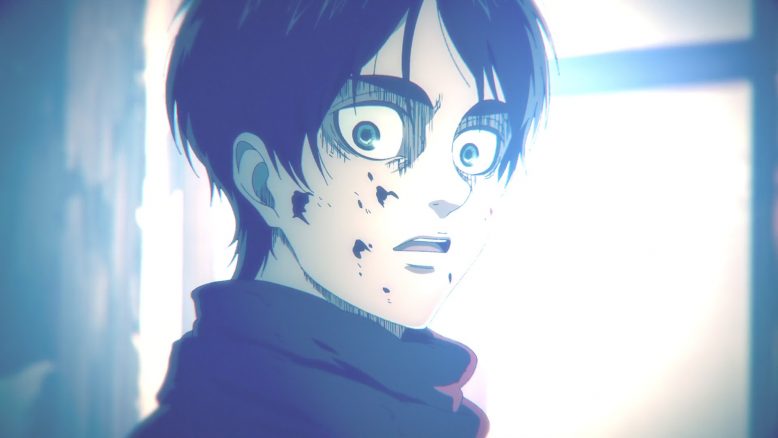 We knew Eren was a bit of a nutcase but…

Now, before I wrap this up, I do want to comment on one specific thing that the show just kinda threw out there, seemingly out of nowhere. When Mikasa was conversing with one of the Survey Corp Soldiers that had leaked Eren’s confinement to the public, we saw a flashback of sorts. In the flashback, we saw Eren basically standing over the corpse of what is implied to be Mikasa’s parent.

And the whole implication here is pretty intense, in that Eren’s always been a stone cold killer, and done terrible things, to protect those precious to him. For Mikasa, that seems like a pretty big hint as to why Eren’s doing what he’s doing, which seems to echo the idea in Season 3, where Eren was told use his Founder Titan powers to save everyone. Also, if you go back to the end of Season 3, then there’s the previous owner of the Founding Titan (before Eren’s father), that mentions Mikasa and Armin, so… It seems like whatever Eren is doing, its for personal, selfish reasons.

In any case, it seems unlikely that this story is going to suddenly resolve in the five or so episodes left. What we can expect, therefore, is to see more of this slow buildup and setup to an eventual conflict between Paradisio and Marley.  That particular prospect doesn’t entirely excite me, but I suppose we have to take this show for what it is doing now; setting the stage for  a much larger conflict in a potentially second cour.