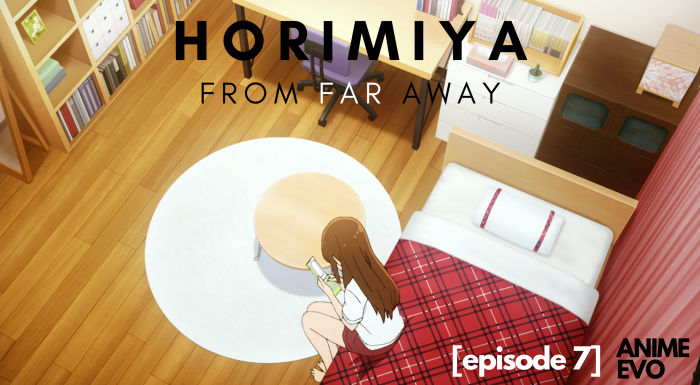 Yuki had been tucked away in the background up until this episode. Would she simply be a supporting friend in the group? Of course it’s never that simple. She has a thing for Toru. 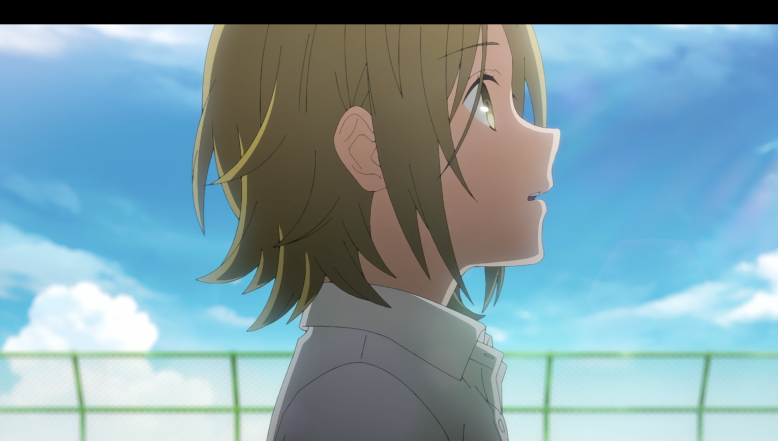 It has taken seven episodes to make Horimiya’s weakness as a romance-comedy-drama abundantly clear. What’s that weakness, you ask? It doesn’t know when to establish character development and keep it going consistently. Honoka hasn’t reappeared and it’s taken two episodes too many just to establish the love triangle between Toru, Sakura, and Yuki.

This should have been done a long time ago. Holding off detracts from maintaining momentum within the story to build a rollercoaster of drama. In this sense, Horimiya seems to start and stop like your grandma’s jalopy from the 50s, but every time it stops, it starts with something new then comes to a standstill once more and start up again with a part of the story that should have been consistently wrapped into the overall momentum of the overarching plotline. 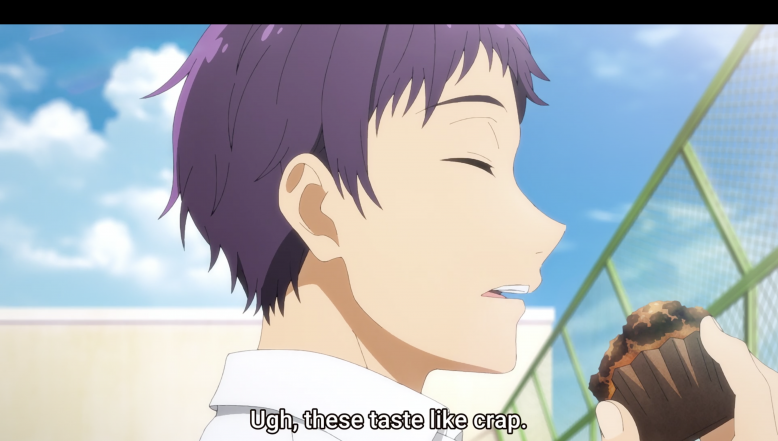 If we’re evaluating this episode’s triangle realistically, both Sakura and Yuki risk pushing Toru away because he’s still anguished over Hori and Miyamura being together. Sure, he has his choice, but both girls pushing the boundary of his closing wound will only push him away. It’s too soon for Toru to choose.

Not to mention, Yuki has so much to lose if she pushes him away now, but that’s also the intrigue surrounding her character this episode. We learn she always puts others’ needs above her own. It’s funny how parallelism plays into this. Sakura is the other side of the same coin in a sense. She’s afraid to go and get what she wants. The difference this time around is that Sakura has shown Yuki she’s actively trying. Now that Yuki has seen, this she wants in on the competition to win over Toru. 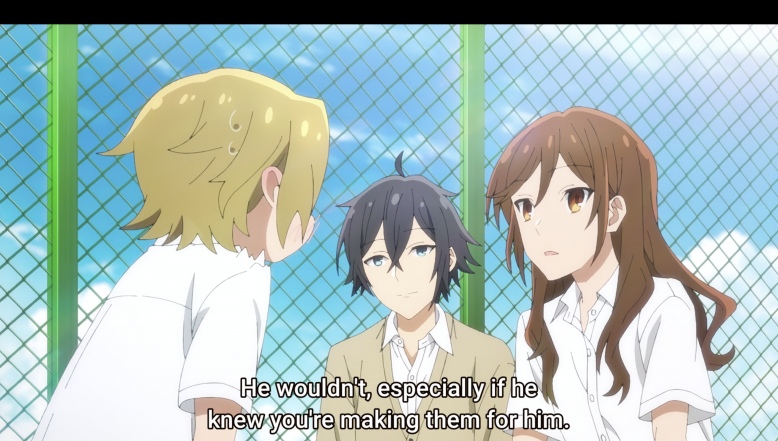 It’s almost like Kuzu no Honkai is meant to be a companion to Horimiya because it’s where I see Horimiya going in a less hopeful world. I want to have faith in this anime but at this point I feel like I’m holding out hope rather for everything to end well between everyone other than Hori and Miyamura, and even then, what’s going to happen after graduation?

Miyamura has shown weakness in relying on the impressions of others to hold onto Hori. He doesn’t need to. That’s the sad thing. It’s something everyone young needs to figure out, for sure, but there’s just so much insecurity always borderline hovering around a breaking point that will collapse all the relationships built up until now. 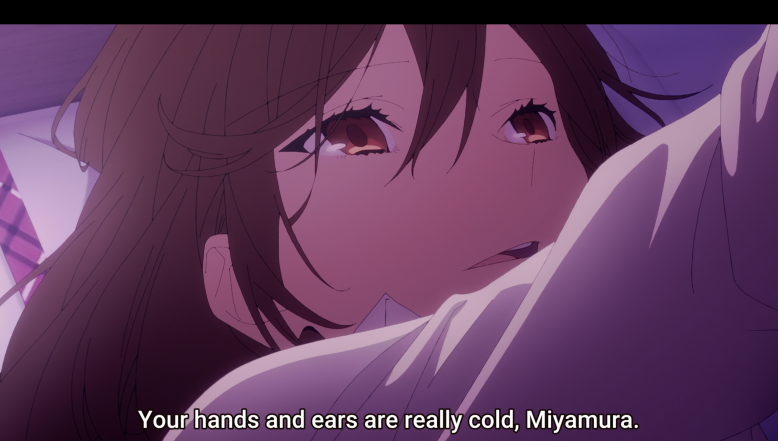 Hori and Miyamura finally crossed the sexual tension threshold. There was rain and stuff, okay? They had the big S E X. I just want to know when the puppy love stage will be over or whether jealousy will get the better of Miyamura. The more a man has a grasp on a woman, the more he’ll do anything to make sure she doesn’t slip from him. Where will the stakes go?

I can only say they better go uphill, because there are too many stakes being planted at the bottom right now. Let’s get focused on just a few, show-writers!