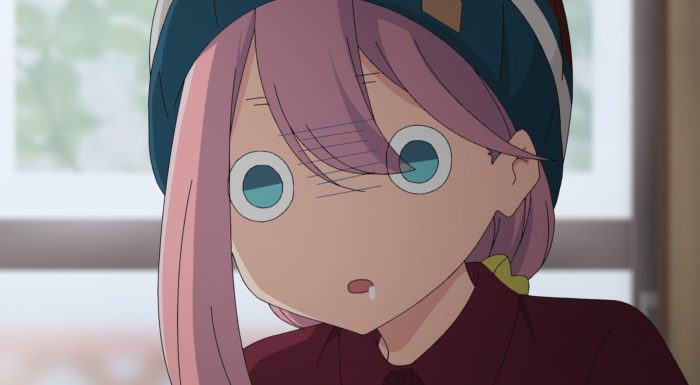 And so Nadeshiko’s solo camping adventure has begun! Really, it was a pretty nice episode both in building up to her camping trip and actually covering the trip itself. I’m pretty proud of Nadeshiko in terms of really preparing for this and not just rushing out on a whim to do some solo camping. Shows she’s shockingly more together than the other members of her Outdoors Club. Considering Rin is the reason she’s interested in camping in the first place and interested in solo camping it was a good move to seek her input. Of course even Rin was a bit surprised about this and worried a bit about it. A good reminder that the things she says can encourage others even if she didn’t intend that. 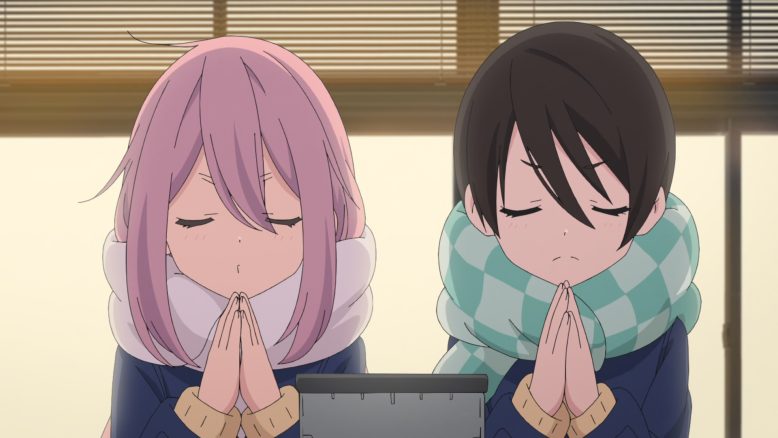 This series is really good at giving good advice while not making that boring. Even though a lot of this episode was a point by point breakdown about the steps to take before doing something like this. And honestly some of those tips wouldn’t necessarily come to mind if I was thinking about this myself. The cell reception part is pretty big. If you can’t contact anyone then things could go really badly in a hurry. And while you can’t always count on purely honest reviews, checking out those blogs can help get a good spectrum of opinions. And goodness knows after the last episode, the value of research is crystal clear here. Not that you can necessarily predict everything that will happen or what you’ll need to know, the effort of researching will do you good. And yes…knowing the weather report is a really nice idea.

Honestly, the idea of finding something you want to do is easily forgettable, but also important. Probably a lot of people that do try solo camping (or even camping in general) get out there, make a fire, eat a meal, and then go “now what?” It is easy to find a hobby or anything else completely terrible if you didn’t have a plan in mind going in. I’m sure Nadeshiko will find ways to keep herself entertained while gaining the kind of insight that comes from solitude. 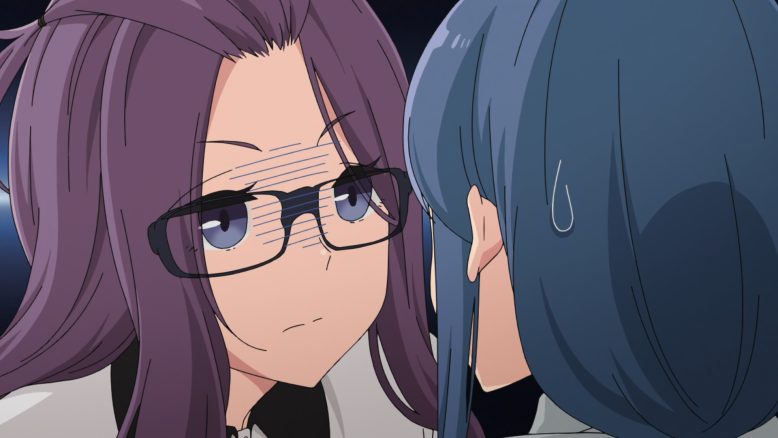 Having Rin and Sakura meet up was interesting in itself. Those two are both extremely close to Nadeshiko and yet haven’t spent any real time together without her around. That kind of awkwardness that comes of meeting with a friend of a friend without that friend. Of course a good topic of conversation helped, but I think what helped the most was that timely text from Nadeshiko. Both a message that she will be alright and one that reminded the two of them what they have in common. I did have a good laugh at Rin hiding and trying not to be spotted. There’s no need to avoid her since this meetup was purely coincidental. But I get the instinctive desire to duck out of sight when spotting someone you didn’t expect that you have an uncertain relationship to. Of course Nadeshiko’s text blows her cover though XD. 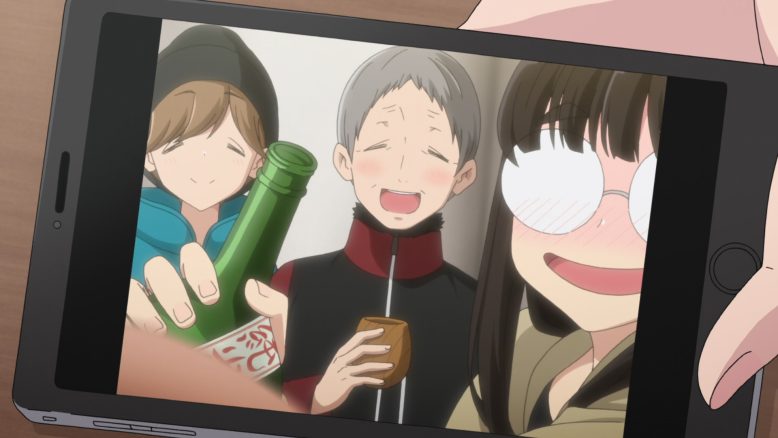 The other thing that stood out was setting up what might be the finale camping trip of the season with the Izu camping trip idea. I’m sure they’ll end up going out there though whether it is just a group camping trip or a smaller event I’m not sure. Regardless, this show is always giving us good camping trips so I expect that one will be good as well. Only so many episodes left when you think about it. Nadeshiko and Rin on their separate solo trips will cover episode 8, the final trip of the season will cover at least a few episodes, and yeah that doesn’t leave room for much else. Time passes quickly and we’ll be at the end before we know it. 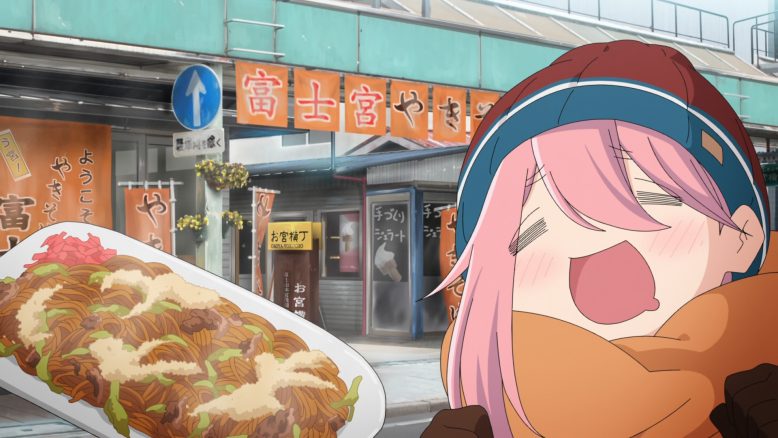 And so next week should get fully into the solo trip for both girls. At least we can expect them to stay in relative contact while still enjoying the solo experience. But, I can at least say this episode was relaxing, enjoyable, and set things up nicely. There wasn’t a rush to just get to the camping and instead we could appreciate the experience a bit. Here’s hoping Nadeshiko’s camping trip goes mostly according to plan. Hard to avoid a few hiccups, but minor ones aren’t a big deal. Unless of course we’re talking about a hungry Nadeshiko…that’s at least unsettling.