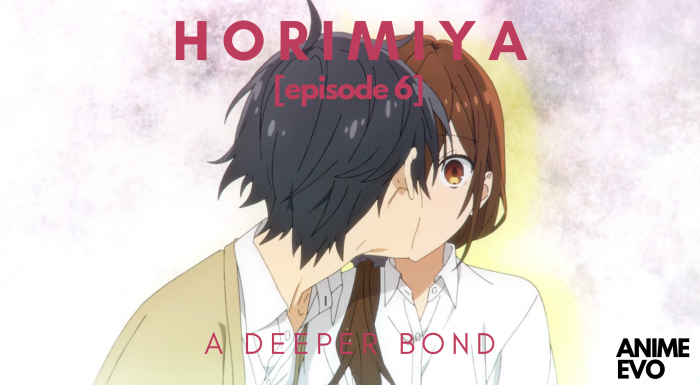 Sunday was Valentine’s Day and boy what a day for couples watching Horimiya. Hori and Miyamura share their first kiss. Yep! We did say from the beginning this show doesn’t play around with its characters’ feelings.

Yet another character was introduced: Honoka. Now, one major concern everyone should have with the show is side character development. How much screen time will they get and how much will that detract from Hori and Miyamura’s relationship? Well, it’s already started. 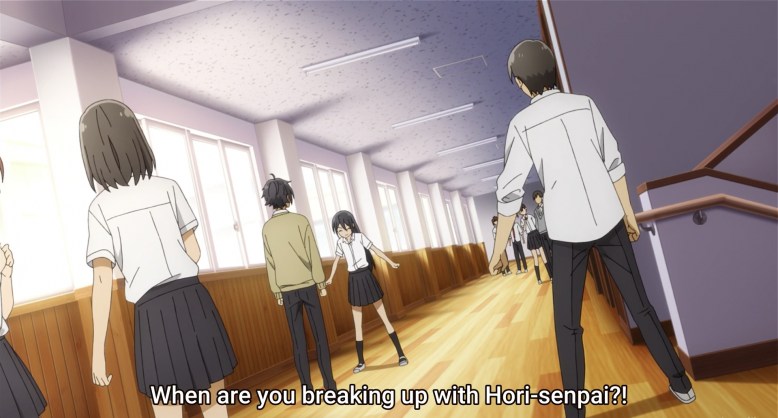 Two boys see Miyamura and Hori leave the same house together for school. Gossip spreads around and eventually confusion, disgust, resentment, or curiosity toward the couple get expressed. Miyamura takes this personally and decides to cut his hair in order to look more normal. Any further examination of his feelings stops here.

Before he decides on his new look, two boys nearby stop Hori in the class halls to ask her about Miyamura. One major aspect Miyamura loves about Hori is how much she doesn’t judge others superficially. Some flashbacks of her and friends seem to initially reassure him about being comfortable with who he is. Yet, we get the exact opposite the next day at school when he shows up without his typical disheveled head of hair after having overheard the boys talking to Hori. 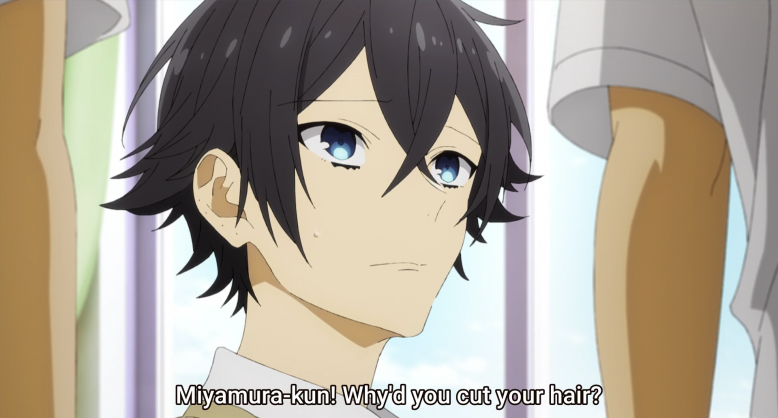 A major struggle everyone faces regards changing what you can control instead of what you can’t. The toxic side of this otherwise healthy philosophy fixates on how we look and act in order to fit in versus looking and acting how we please. So the question stands, is Miyamura merely adjusting himself because of Hori, or is he exploring his authentic self for his own sake? We couldn’t find out because this episode didn’t focus deeply enough on his psyche.

Aside from the him though, it’s honestly difficult to know where the answer lies in Japanese society. I’m certainly not Japanese and know not enough about the culture to understand how much individualism plays a part in developing conviction about one’s authentic self among others. In the West we live for ourselves first before others because our own happiness shouldn’t depend on others. Happiness should be independent of anyone but oneself unless we want to treat it like a drug. 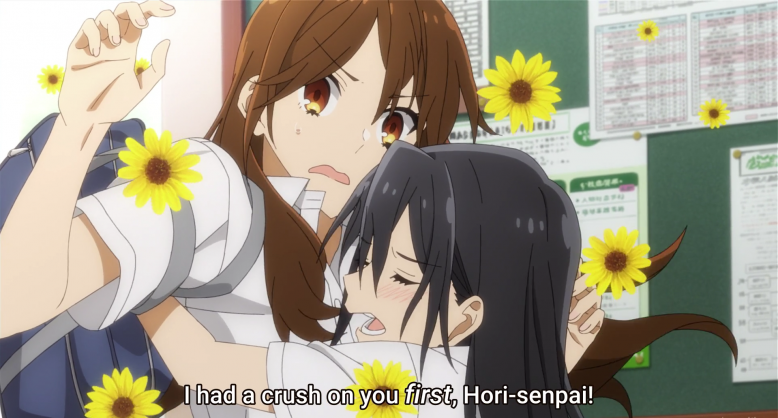 Love can be a drug. Apparently, Honoka suffers the worst of it. She’s a determined little parasite for Hori. You’d think she’s on ecstasy. Of course, she’s not. Real drug references are few and far between in anime, but still. She’s high alright.

Honoka’s venture to monopolize Hori eventually ends up with a walk back home after learning she’s not at school. She and Miyamura head in the same direction only to find out they’re actually next door neighbors. Honoka forgets her keys so Miyamura invites her over while she waits for her family. 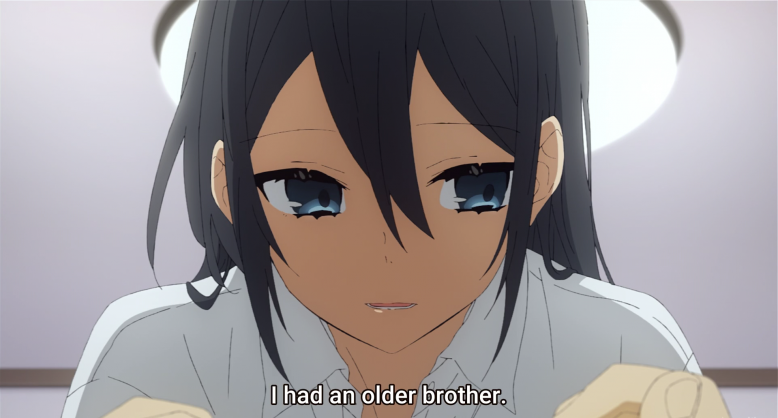 Honoka asks Miyamura if he has any siblings. He has a revelation at what she says next: I ask because you’re so good at taking care of others. The audience can see the clear paradigm shift in Miyamura’s attitude toward himself but we’re left feeling teased because we’re provided no further exploration of what this might mean for his personal development. Instead, we’re given Honoka’s baggage about her older brother dying. What?!

Horimiya as a show choosing to divide precious screen time among side characters is a mistake. A couple characters sure, but to bring in a completely new girl out of pocket like that? Honoka wasn’t contextualized in the very beginning of the series and was simply introduced too late to make a lasting impact within the 13 episodes allotted to this adaptation unless there’s a second season in the making. 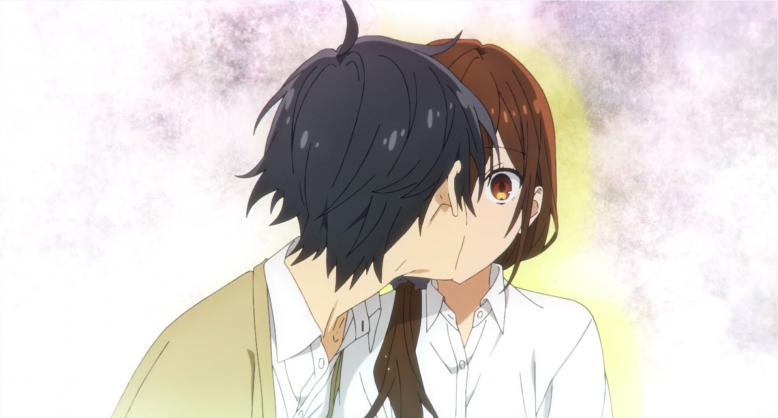 I can only hope the storyboarding and scripting department meticulously planned out every scene for this season to finish strongly by the 13th episode. It started strong. We can only wish it won’t further detract from concentrating on Hori and Miyamura, along with their individual psyches and internal demons.

Honoka is a fun character, sure; but, she’s unnecessary in the long run. She doesn’t serve an overarching purpose for the characters who were initially introduced. She’ll only detract from Hori and Miyamura from this point forward. How do you think the show writers will handle her in the coming episodes?