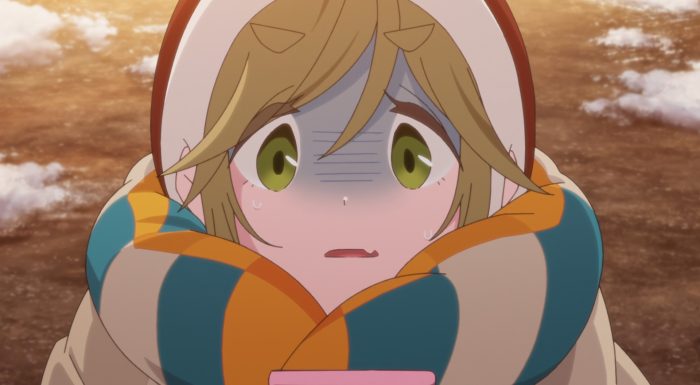 I’d say this episode was a good lesson for this trio about the need to be prepared. Camping can be pretty serious if you don’t have the necessities. Of course a big point in all of this is to have fun and they shouldn’t give up on that side of it. But, this was a good learning experience that they need to have their bases covered. There’s a cute side to running into trouble and having to adapt, but it isn’t a joke when it becomes life threatening. The nice thing is that they will be very prepared in the future after this. I’m sure they’ll still make mistakes, but it probably won’t be nearly so dangerous when they do. 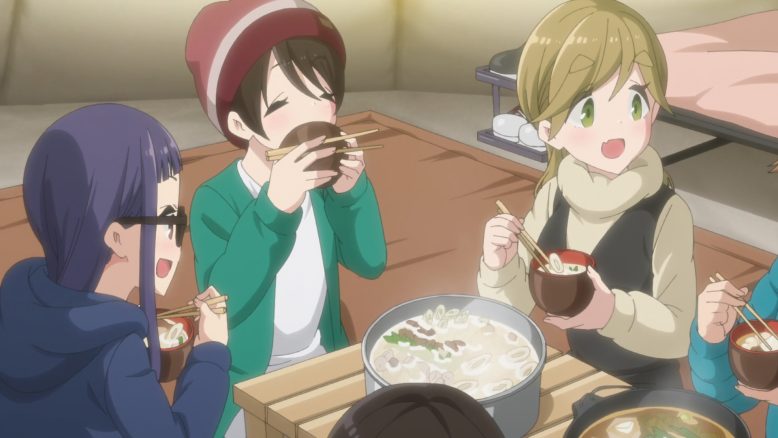 Honestly, those girls are just lucky that so many good people are around them. Having a friendly group of campers lend a hand saved them big time. Of course Rin and Nadeshiko had that kind of benefit in the past too, but in their case it wasn’t life threatening. It was just going to be a less fun evening if they couldn’t get their grill running. Here…it could have been very bad for the trio. And on top of that Rin realized that they might be in trouble when she saw where they were camping. Initially I thought she was just looking it up because she’d like to camp there herself, but instead she was checking on the weather. And I’m sure when she didn’t get a reply from her texts she realized their phones were dead and called in reinforcements.

Good on the teacher too for racing out there. They didn’t help since they already had it, but they could have been in trouble. Of course she loses a couple points for not calling Rin before she started drinking, but overall she did a good job. In the end the woman did race out there looking for her students, gave them a proper scolding, and also expressed how worried she was without taking things too far. It was a good reminder for her as well to keep tabs on that bunch. 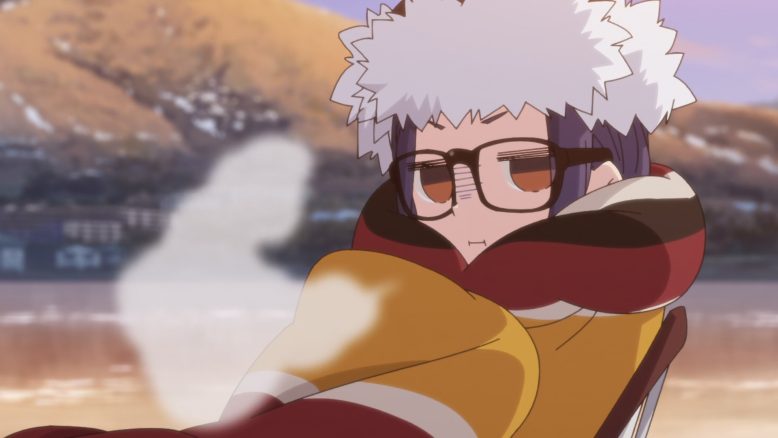 Honestly I’m trying to really empathize with the cast about how cold it got while camping. But…considering it is -30 over where I am, having them freaking out over -2 just doesn’t quite hit home. That isn’t really fair since they are outside and I’m most definitely stepping a foot out the door when I don’t have to. Now, -2 in the afternoon is a concern for them since the temperature would only drop more severely in the evening. They do have tents, sleeping bags, etc, but that could be dangerous. Anyways, I think the temperature thing would have hit much harder if the cold wasn’t so severe where I am right now. But it is only thanks to the relatively mild winter in Japan that allows the main characters to be winter camping at all, since over here it would be winter suicide… 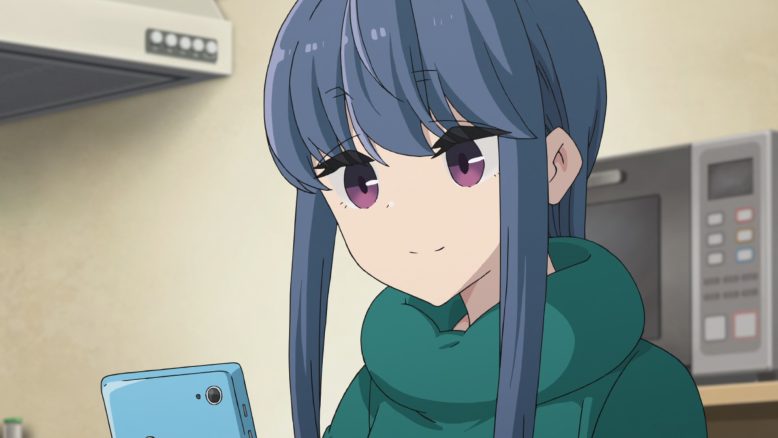 Still, the mistakes piled up pretty hard. They didn’t realize how fast their phone batteries would drain in the cold. It’s just not something you’ll notice until it happens. That was the first mistake and a pretty difficult one since they had no means to ask for help. Then they didn’t get their wood when they arrived and instead waited way too long. Even if they weren’t in dire need of firewood they would have been in a tough spot since by the time they needed that wood the people running the site were on their way home. So they didn’t have heat, communication, and not even really good means to bolster their ability to stay warm. It’s good that Chiaki realized their regular hand warmers wouldn’t cut it, but unfortunately she still had to race around at night in the cold and by herself to get more. 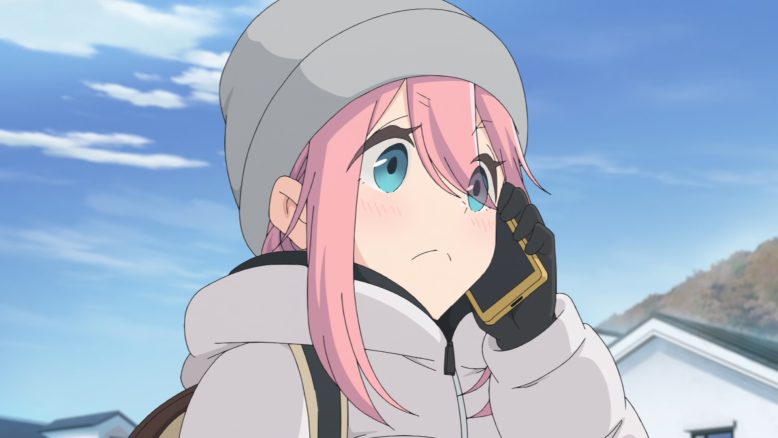 Honestly this was a really nice episode for reminding the cast and the audience about the dangers of camping. Also I liked the little bit at the end about Nadeshiko contacting Rin about solo camping. Rin sparked that interest in Nadeshiko and will offer good advice. Of course I still want a Nadeshiko and Rin camping trip and I’m not sure we’re going to really get that this year. But, I am looking forward to seeing how that experience goes for Nadeshiko since this is a big step for her. I’d like to keep things balanced in her still preferring camping in a group, but there’s no issue with her really having a good time camping by herself. Anyways, this episode was a strong one that did put the main cast into a tight spot. Something to learn from.