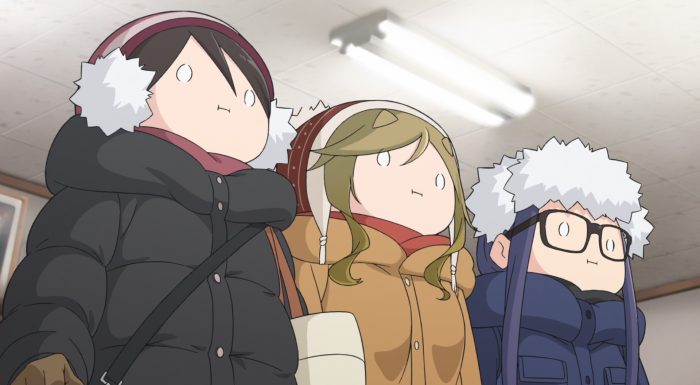 We got back to camping this time around and surprisingly enough it was focusing on Ena, Aoi, and Chiaki. I suppose this will set up nicely towards Nadeshiko doing a camping trip by herself since her friends have already gone on one recently. Although it does leave both her and Rin having not gone camping for a bit…I suppose we’ll see. Part of me would just like to see Nadeshiko and Rin going camping at least once before this season is over. But we are almost certain to have Nadeshiko doing a solo trip. Just depends if they want to end the season on that or have it happen sooner than that and then let her compare to camping with others the next time out. Maybe end the season with that camping trip that was shown at the end of S1 with Nadeshiko camping solo and then Rin shows up. 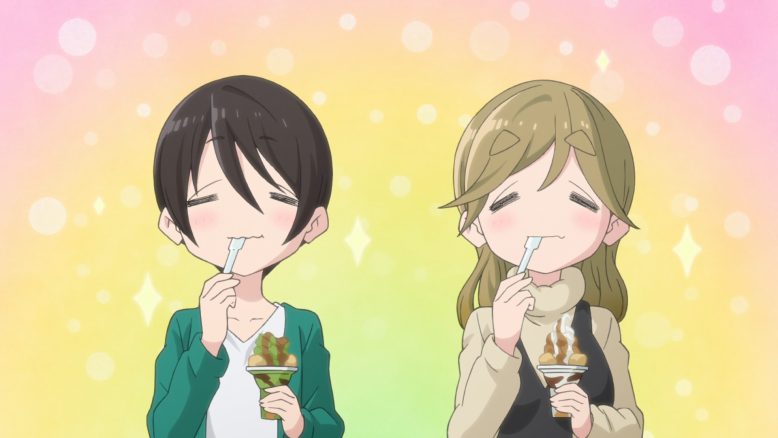 The trip with those three was pretty nice though. Glad that Aoi at least learned from their previous hot springs trip. That way they didn’t all fall asleep this time. Although they still ran into the difficulty of actually leaving the hot spring. Not that I can blame them there. If it’s freezing outside and you are inside a nice and warm hot spring…going out into the cold again would be tough. Not to mention when it is an open to the outside air hot spring so you’ll feel that cold immediately. But hey, that’s the way it goes when you make that trip decision. 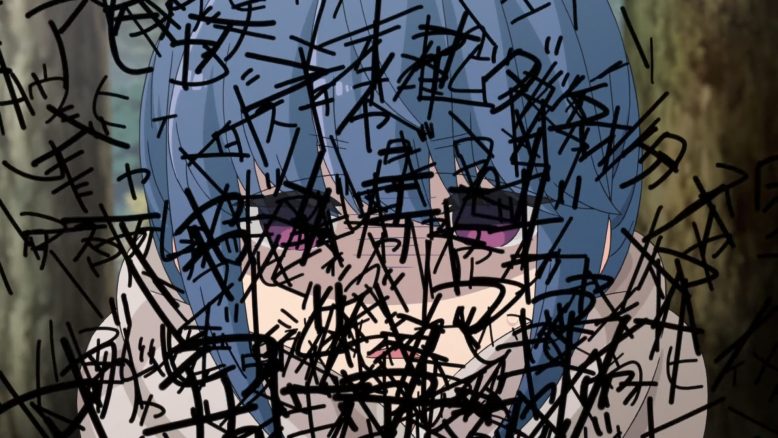 Really, this episode was all about their journey. There was that silly Rin dream sequence and Nadeshiko’s cooking tips, but that’s about it. Fair enough for a “serious” argument to break out over who would be marrying Nabeshiko and her cooking skills XD. Although personally I think they are both losing to Rin so that’s the way it goes. As always I like that they make good use of texting to keep other characters potentially involved in the story even if they aren’t anywhere near the others. 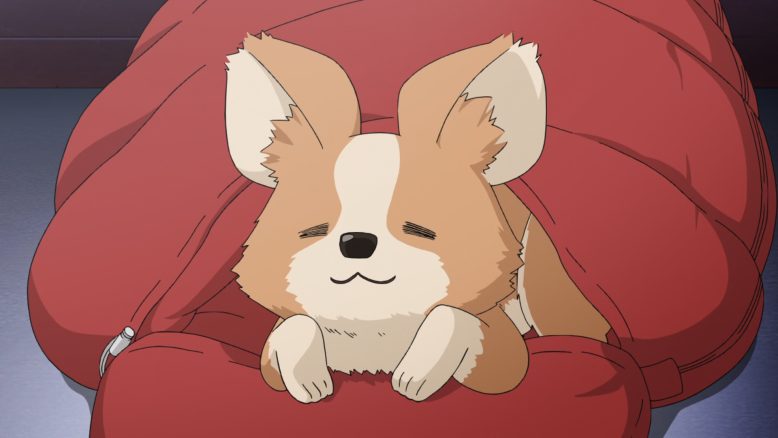 Kind of nice to see Ena really getting into camping. It does seem likely that she’ll join the outdoors club eventually at this rate. One trip wasn’t enough, but I think with her reaction to this second trip that she’ll want to jump in. Certainly is a surprise to her that she’s enjoying these cold outdoors trips since part of her would rather be hanging out inside with Chikuwa. But that’s not a bad thing. And honestly I see that club having good fun all year round since they shouldn’t have as much aversion to summer camping as Rin started out with. 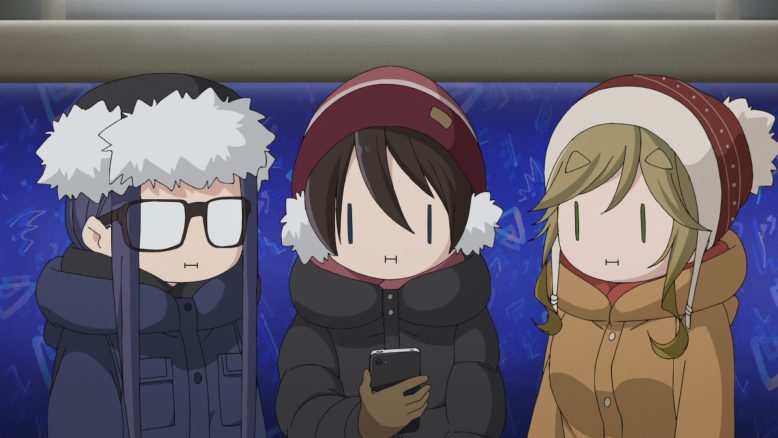 Honestly, this was just a really solid episode. There isn’t a lot to say since they went on a bus ride, ate some ice cream, went to a hot spring, and got to their camp site. The real camping should begin next episode and we’ll see what Rin and Nadeshiko might get into after that. Also, probably is a good thing that Rin can’t hear the voices of the plants and animals. The massacre of pinecones was pretty rough…Although surprisingly she didn’t actually stop herself from doing it! That’s how dreams go I suppose. This was just a comfortable and easy episode.