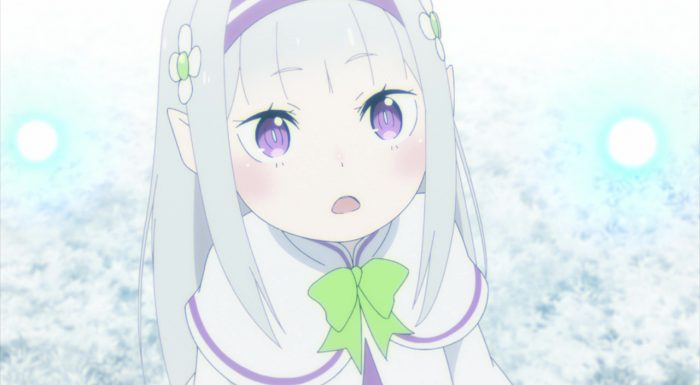 Ah yes, the setup episode. A key component in driving a story forward, the setup episode can at times feel boring, unnecessary or even tangential to the overall story. More often than not, however, the setup episode ends up being exceedingly important to later events in a story. We had one such setup episode in the first cour of Re:Zero 2 that focused on Subaru, and this week, we had one on Emilia. An episode, that if we’re being honest, was long overdue. We all knew it was needed, and some of us were even curious. Its no surprise then that we finally got it this week, although what we got? Its was definitely a bit of a mixed bag. Some really interesting stuff wrapped in what feels like a generally less than exciting episode.

Look, I’m not going to make any excuses for Re:Zero 2 here, this week’s episode, while certainly interesting, was a bit dull, to say the least. We’ve seen flashback episodes from Re:Zero and we’ve seen a character focused backstory episode that really developed said character. Re:Zero 2 has done a lot right, and more often than not, has rarely lost momentum. This week? With the focus on Emilia’s lost memories and childhood, it was the first time that I felt the series kind of lost some steam and slowed down a bit.

Nothing in Emilia’s story was particularly noteworthy when it came to her as she is in the present time. This extremely young Emilia that we saw in this episode, was more or less a different character set in a different time. Its fair to say that child Emilia is and will be something entirely separate from the Emilia that we know. There’s nothing odd about that, of course. We all are very different human beings to who we were as kids, after all. 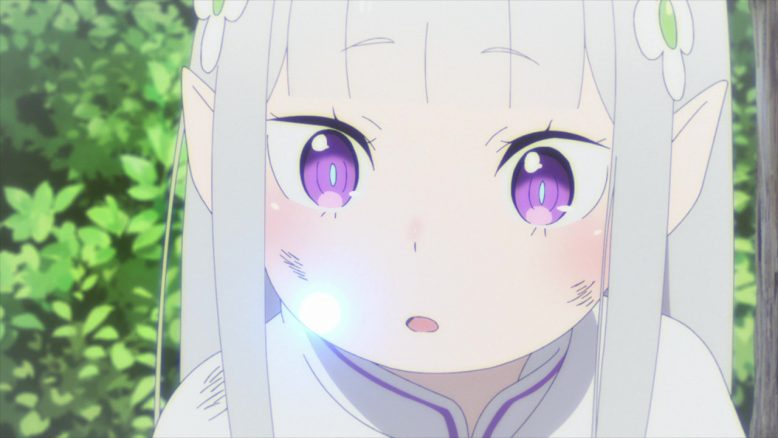 My little Emilia can’t be this cute…?

And to young Emilia’s credit, she was certainly a cute, sweet kid. A sweet kid with a lot of power, thrown into what definitely feels like a bizarre and weird life scenario. That’s honestly where the mystery of the episode begins. What’s the deal with Emilia’s parents? Why is her aunt, who she calls “Fortuna Oka-san(Mother)” the one taking care of her? Why is she kept in a small little room, and not allowed to wander outside? What is the seal? And wait, is that Betelguese??!?!

Betelguese’s younger form was the big surprise of the episode, and perhaps the best part of it. Credit to seiyuu Yoshitsugu Matsuoka for giving us a much younger character that still had some foundational ties to the psychopath we saw in season 1. Guese (which is what I’ll also call him from now on), was a pretty darn likable character here. He seemed to genuinely care for not only Emilia, but Fortuna and the rest of the elves living in the forest. How this kind of character, who seemed to be guarding the seal, caring lovingly for Emilia and had some weird romantic tension going on with Fortuna, how does he end up becoming the monster that Subaru had to ultimately finish off?

That I think, is a tantalizing question. It seems like Emilia’s past is going to serve as the connective tissue between how this second season opened up, and where we are now. Which is why, while I wasn’t super excited while watching this week’s episode play out, I was paying close attention nonetheless. There were nuggets here and there that were quite brilliant, after all. 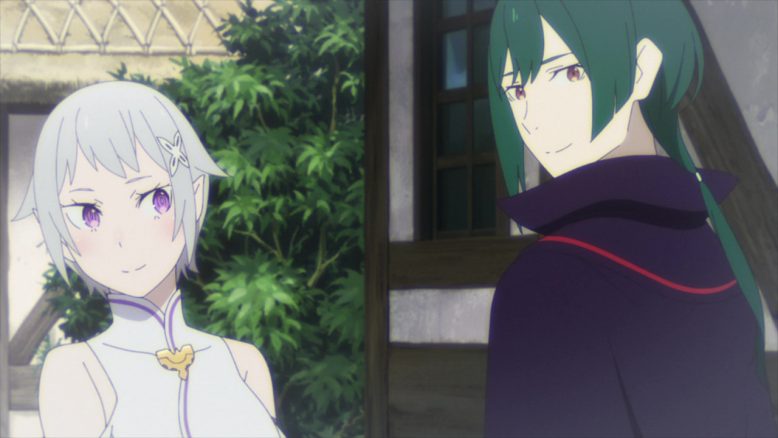 What an odd rom/com pair, especially given what happens to one of them.

Emilia saying “Sogoku” (Super or veeery) with an elongated stretch? She got that from her mother figure, Fortuna, who used it herself a bit too excessively I’d say. Guese seemed to always have a bit of an emotional side, and had that whole “I’m a sinner” religious thing going, even before he joined the Witch Cult. It was also Fortuna, who taught Emilia the importance of a promise, so that part of her personality got some background as well.

All of that said, there were more mysteries introduced, then actual things revealed this week. We now need to know what the Seal is, how it was broken, what happened to Emilia’s parents, how Guese fell (as now both Emilia and Betty seem to have a tender connection to him), and what exactly Corneus did here, that ultimately broke Emilia to her core.

The arrival of Corneus, near the end of the episode, was where things got interesting. Much more so than even Guese, it was this character, more or less the same from how we saw him in the premiere (despite this being significantly in the past timeline wise), that brought a real sense of weight and connection to the story. 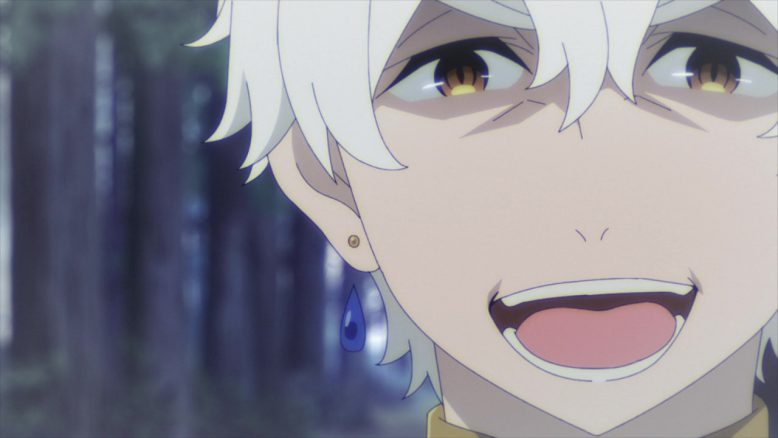 The Plot is back, with a vengeance!

We’ve been so focused on the Great Rabbit, the Sanctuary and Roswaal, that I think I, at least, forgot about the Witch Cult entirely. That almost feels like eons ago now, but I think it was smart of Nagatsuki-sensei to create a link here, to keep that whole situation relevant in our minds. By tying Emilia’s past to the same character that ultimately took out Rem, we’ve got a pretty strong set of reasons for Subaru to take on Corneus and the Witch Cult, at some point down the line.

The question of course, is when. We’re on episode 17 of either 24 or 25 episodes. There’s not a lot of episodes to go, and it already feels like we may barely get through the Sanctuary/Mansion stuff, let alone getting back to the Witch Cult. And that is after, I might add, a cour that has NOT once, used an OP/ED sequence. We still haven’t actually seen the OP/ED animation for this second part of the season, and its because the anime production staff continue to just pour everything into each episode, throwing in as much content as humanely possible.

So yes, this episode felt like a tangent at times, even if it probably won’t be once everything is done. Was it Re:Zero 2’s strongest episode? No not really. I was even struggling to stay involved at times this week, if I’m being honest. That said, I can see why this episode, despite it feeling like bitter medicine, is important to the overall story. There’s a lot of stuff going on that I think the rest of the season will pull from, similar to how Subaru’s own flashback episode (which was a hell of a lot stronger) laid the foundation for his own character arc in this second season. 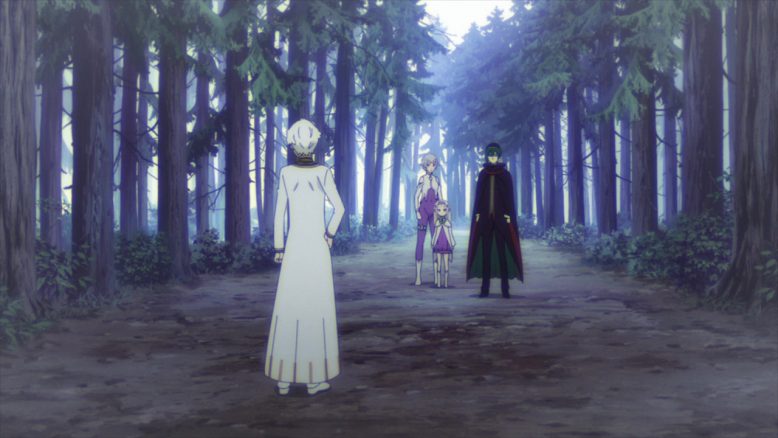 Re:Zero 2, even the slow episodes have awesome, vexing cliffhangers.

I’m willing to bet that next week is going to deliver some stuff that will make this week’s episode, worth the slog through. Re:Zero 2 has never laid foundations like this without something grand in mind, so we just need to wait until next week to see what it’s planning here. As usual, that wait is going to be a tough one.