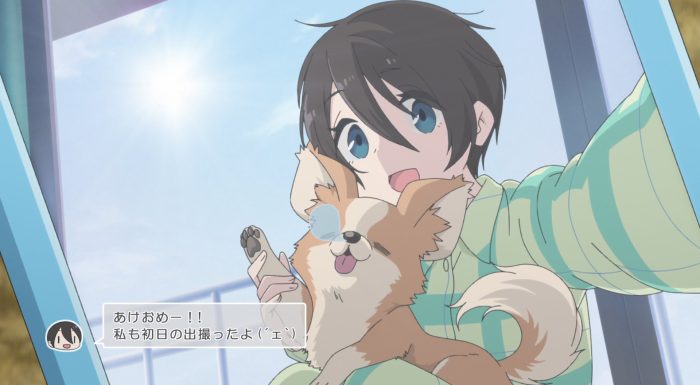 There’s nothing quite like the relaxing nature of watching Rin on a solo camping trip. Some good silly moments as well, but she’s often trying to restrain herself. She totally wants to yell out her hype about seeing the ocean, but tries to hold it in. We get the win of seeing both reactions so that’s a bonus. But beyond that she gets good moments like talking with the tea lady she met in the previous season, enjoying getting her doggy shrine collectable, and eating some pizza at her camping site. That pizza truck was absolutely cruel! There’s just no way to turn away and focus on what you are about to start cooking with that smell of already cooked pizza drifting over the camp site. I’d absolutely be done at that point! Made me want to get some pizza. 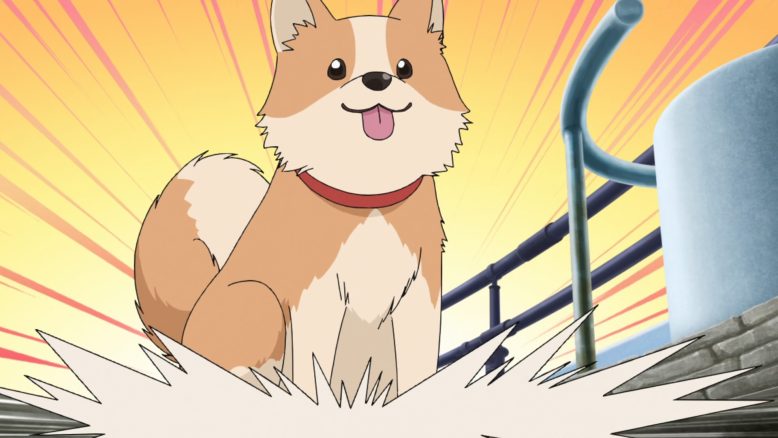 The good thing is that even though these girls are all doing different things, they still share their experiences. The power of technology is really used for good here. Rin can drive herself pretty solid distances for camping thanks to it and plan out her route. But all those girls can text, send pictures, and feel involved in what the other person is doing.

There was some good discussions had as well on more serious topics. It’s a sad reality that dogs don’t live nearly as long as people. Not often a show would talk about the mortality of a pet like Chikuwa, but it is fair to say. Ena has a good stance though which I can agree with. All you can do is enjoy the time you have to the fullest. The fear is always there and the sadness will absolutely be there when the time comes. But you can only work with the time you have. Doesn’t help much to get sad before the time has come and waste what you’ve got. 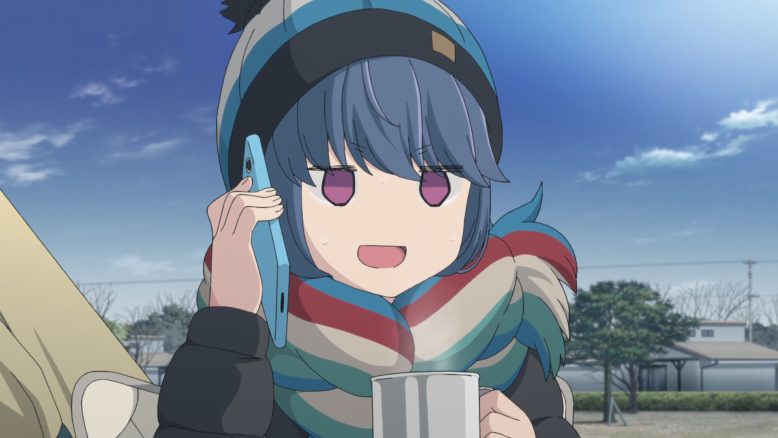 I kind of figured there would be some sort of traveling issue for Rin when Nadeshiko started talking about the snow. But wow, the roads icing up definitely made it far more dangerous. Full agreement that she should stay camping until someone can pick her up. That is the downside to winter camping I guess. The weather is a huge factor and nothing quite impacts your traveling ability like heavy snow or ice on the road. All the more so when you are riding what Rin is riding. That is just way too dangerous when the roads are bad. Now she’s got more camping to do than expected, but hey that means she gets to find more things to do. 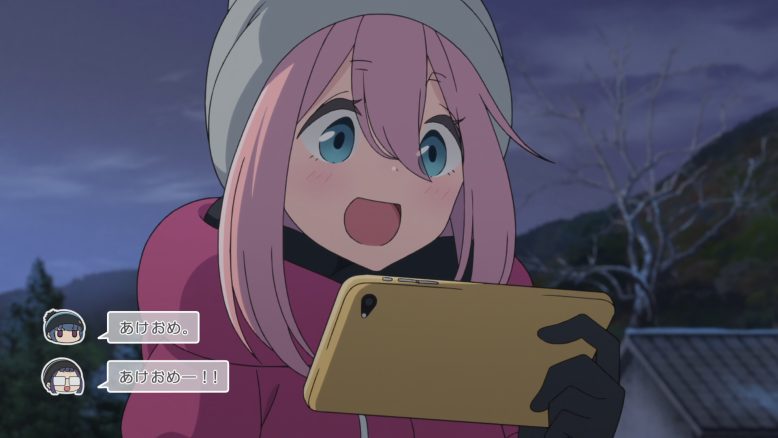 Again I live for the good little moments for Rin and Nadeshiko. A completely honest assessment from Rin that she’s going to want to do more camping later in the year than normal because of that girl. Normally she’d pack it in once January has arrived. Probably because it really is getting cold then and after that you start reaching spring and then summer. But Nadeshiko has made her year far busier, but also really enjoyable. Waiting until later that year to go camping with Nadeshiko would be a waste. Heck, I can’t imagine Nadeshiko will be able to resist going camping year round. 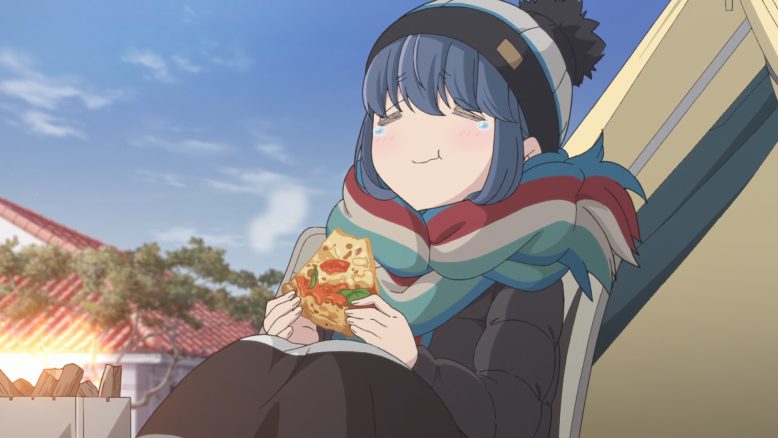 This was just a really comfortable episode which is normal for this show. I enjoyed the sunrise moments and the crazy driving scene trying to reach the two sunrise locations. Of course it didn’t work out since…someone messed up the timing of the sunrises. But oh well! It was definitely an episode focusing heavily on Rin and her camping trip. But it didn’t forget the rest of the cast either. The cutaways were timely and they made great use of the texting aspect of this show to keep everyone together in a sense. Nadeshiko getting the reward of a double sunrise while working that she’d never get otherwise. I do hope that Nadeshiko will get to do some camping soon instead of just working. But we’re only a couple episodes in here.