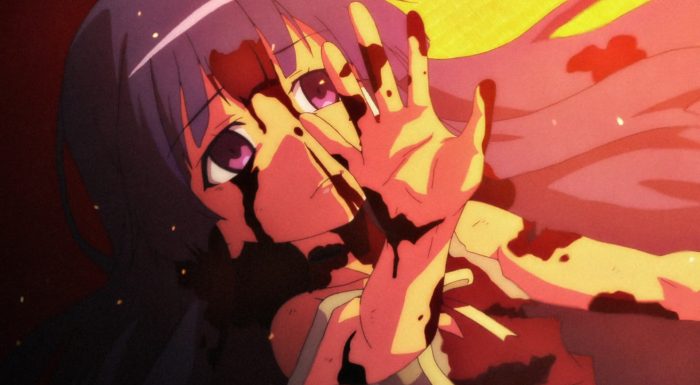 Well this got moving along rather quickly. It was the world’s most brutal highlight pack. Let’s just see how many random people can kill Rika in absolutely brutal ways. Sure, that is making up in some weird way for not seeing her die in most other routes. But holy smokes guys, I think this was getting to be a bit much. I was kind of sharing Rika’s feelings with the second last murder. “Can we just move this along already” was kind of my feeling on it. Seeing Rika die like this is terribly painful. Seeing it happen numerous times in a row just got to be way too much. You need a moment to breathe between this many horrible things. I presume Rika got a few days or weeks in-between each death, but for the viewer it was just a rough ride. 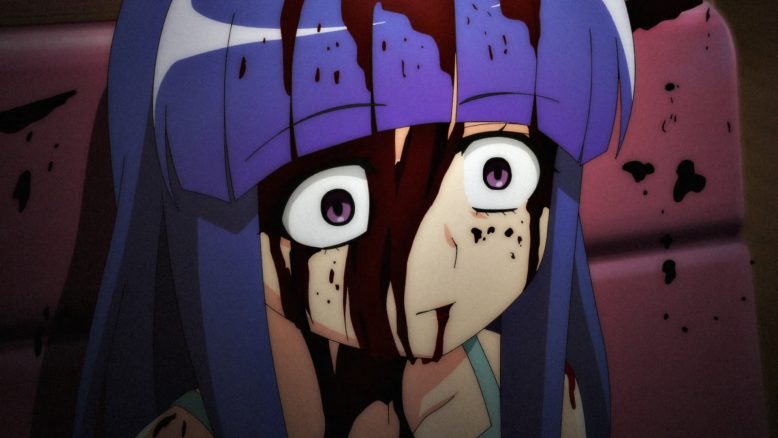 Perfect representation of watching this episode

Honestly I wouldn’t be able to blame Rika for wanting to end herself. This is just absolutely insane and impossible. No one is reliable. Her only hope would be gaining the super ability to know who is going to go crazy and who isn’t. You can’t make a plan for every conceivable person in the region going insane. Especially when you are in that kind of situation. Rika is a small girl and her ability to deal with all these people trying to kill her is limited in general. Dealing with police, yazuka, and just about anyone else that wants to pick up a knife is not in her skillset to handle alone. She needs help and unfortunately her help could go insane and kill her at any moment. What do you even do? 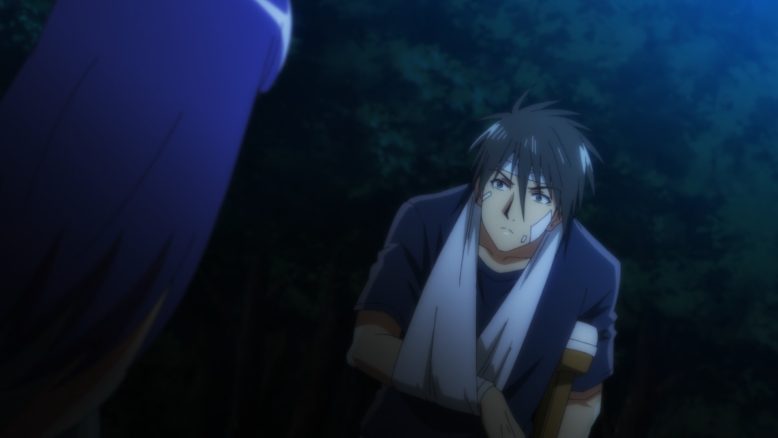 The Akasaka situation was especially rough. They played that one up to the fullest extent compared to the other highlight pack deaths. You have someone that owed Rika for helping save his wife which is awesome. He was ready and set to help her out since he was well trained. Unfortunately…a sudden onset of insanity isn’t something you can guard against. At least I don’t think you can. Made it really rough for Rika who has to pick herself up each time this happens. She has to both endure the agony of dying and betrayal all at the same time. And then she has to try and get right back to treating people she both loves and people that murdered her recently the same as normal. And yet she is also loved by her friends as we could see from them wanting to get to her before the fire. 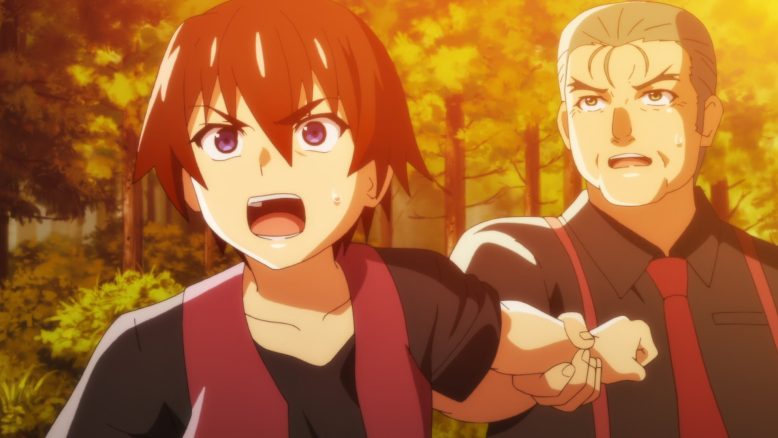 I legitimately don’t know what she can do here. Of course they were going to get down to her ‘last try’ before killing herself for good. But I didn’t think we’d get there this quickly. I kind of thought they’d stretch it out a bit and let this really build up. Which means something horrible is going to happen in the coming episodes. That was a given of course with this show, but something particularly bad is going to happen. How are they both going to make this horrific for Rika and yet not have her kill herself? I’m not sure, but I do think it is going to be rather difficult on this poor character. My fingers are crossed for her. 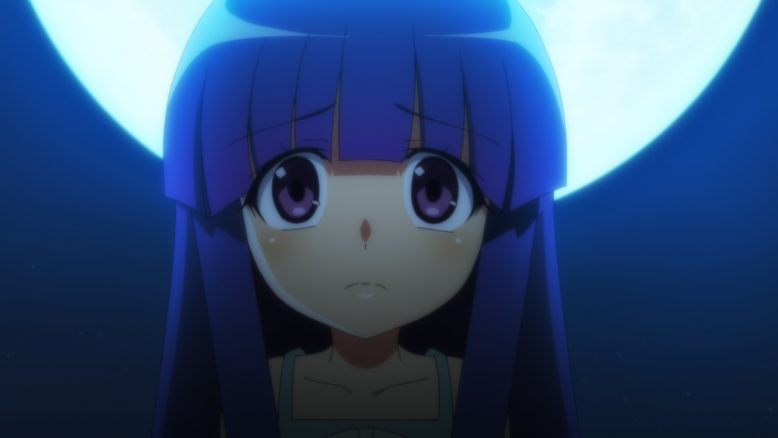 This is honestly an impossible run for Rika. This is just downright terrible for her. The Akasaka death was especially cruel, but really we have reached impossible levels. To win last time required a lot of good fortune, a lot of determination, and a rock solid base of allies. One ally in particular we can’t get because Hanyuu is gone. This leaves…no hope for Rika. Anyone seems poised to go crazy at any time. How do you work around that? How can she possibly get through this when there isn’t a single person that can be relied on? 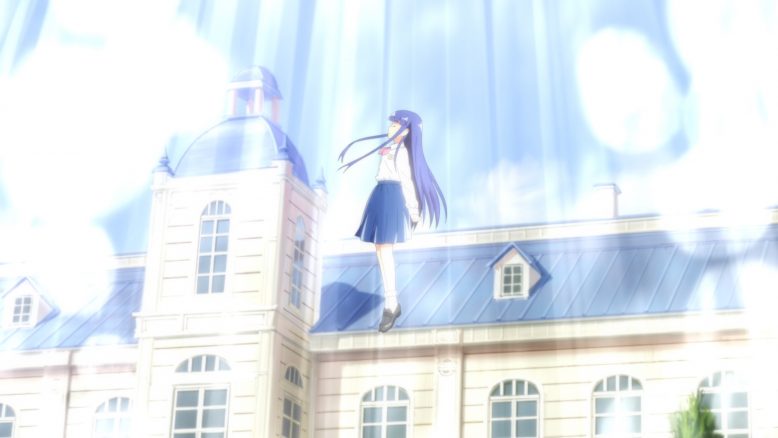 Beyond that though there is a major question of why this is happening? Just why? Rika made a fair point that she spent years away from all this and was going to a different school away from this place. So, why the heck is she back here right now? Was she even killed before being sent back to restart this? And if she was to re-loop again why back here at this age again instead of at St. Lucia?

There’s a presence or factor in this beyond what we can see and it makes it rather difficult to figure out the solution. Are we dealing ghosts, aliens, deities, etc? This is beyond Takano. Rika was looping thanks to Hanyuu in a painful but potentially hopeful way to survive and grab her future. But all we’ve seen is a remnant of Hanyuu and even then I don’t think she’d bring Rika back this far. If her survival is at risk years later then looping back after Kai but before her death at St. Lucia makes the most sense. Someone else is pulling the strings and until we know who it is there’s no hope at all. 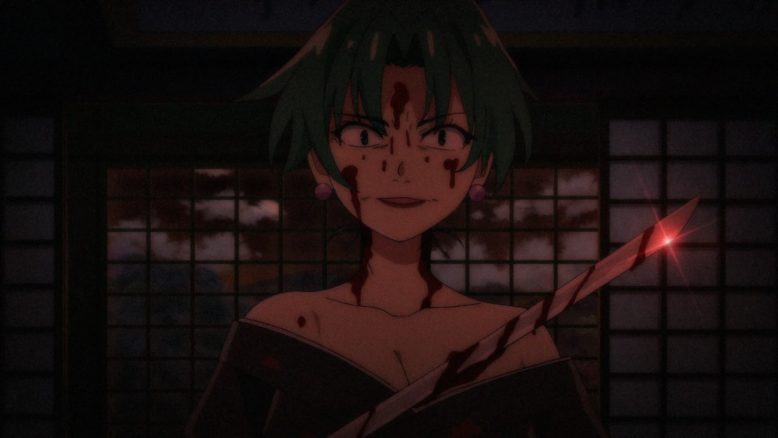 The next episode or two will be critical. Rika needs a breakthrough here. She needs to meet and identify the mastermind behind all this. Otherwise she’ll just die and kill herself permanently. She might still do that even if she does meet the person behind this. But at least there is hope for her to take a stand and try to fight for her life if she knows what is going on. We need to start getting some answers and next episode is a good time to give them. This girl has gone through too many hells. However this plays out better lead to her getting a permanent happy ending.