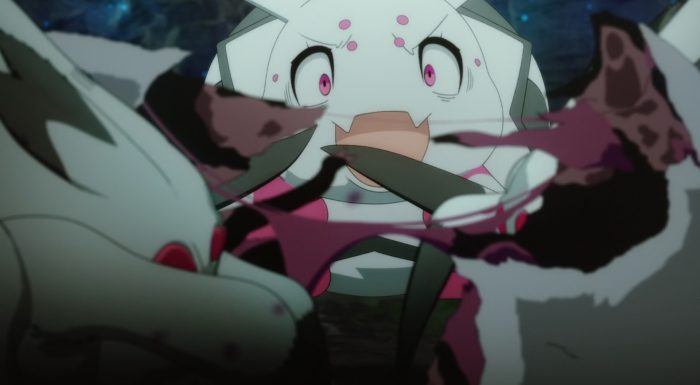 Let me just make a note that becoming a spider is near the bottom of my isekai choice list. That kind of opening scene of all those spiders breaking out of their eggs before starting up with cannibalism was pretty horrifying. I can’t say that in similar circumstances that I’d manage to survive even the start of this story. This girl gains my utter respect for handling this situation with as much calm as she did have. Not that she wasn’t freaking out during all this, but I’d probably be freaking out a heck of a lot more. And I’m not even sure which part would freak me out more. Would it being isekai’d, turned into a spider, or surrounded by hundreds of spiders about my size emerging all at the same time? Ok, probably that last one, but being turned into a spider would be a close second. 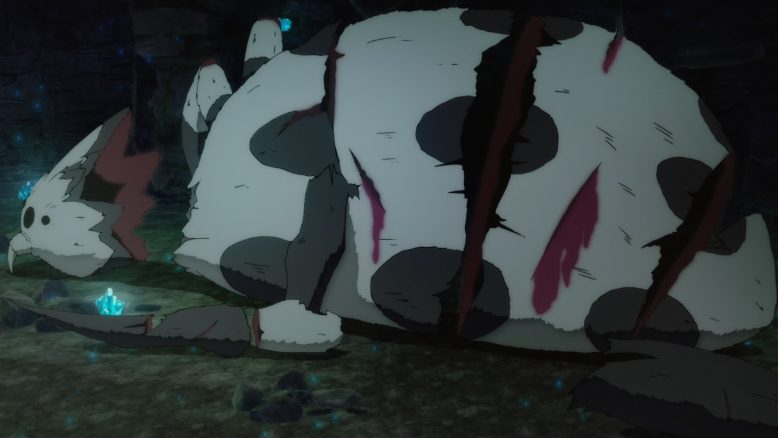 Actually since she’s technically unnamed right now, not sure how I should be regarding our main character. I know the summary and other sites likely have a name for her already, but is now the time to be using it? Guess I’ll just call her MC for the time being until things change up. My condolences to her for that appraisal skill not really panning out in the early going. I’m sure it is the kind of thing that will get more useful in time as it levels up. But at the moment it really is less useful than just using your eyes to look at things. At least that is pretty instantaneous while this requires identifying something and saying appraisal. That is total BS to cost 100 skill points. At least that many skill points should level it up to level 3 or 4 in exchange. 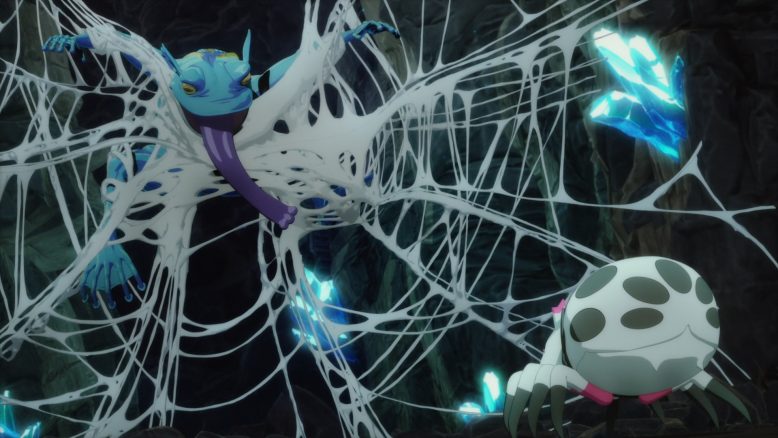 A huge part of the appeal of this main character is likely the voice work by Aoi Yuuki. Busting out some good lines in this episode as well. At least got some smiles from her “oh, Jesus” and “oh, father desu ka?” Which was a dire move considering that was actually her biological mother in this setting. That in itself is pretty terrifying. That giant spider trying to kill her and then eating her ‘siblings.’ That was pretty messed up too.

At least she got some fun moments to watch there. Her first battles were pretty difficult. Good on her for finding a good use for her webbing and struggling forward. That was painful. She had half her face burned by acid, but kept charging forward. Just capturing enemies doesn’t mean much if they can attack at range I suppose. Honestly just eating was a terribly painful experience for her. Had to start off by eating one of her ‘elder siblings’ and then the acidic frog. Neither was terribly enjoyable to eat, but when it comes to survival you have to do whatever it takes. 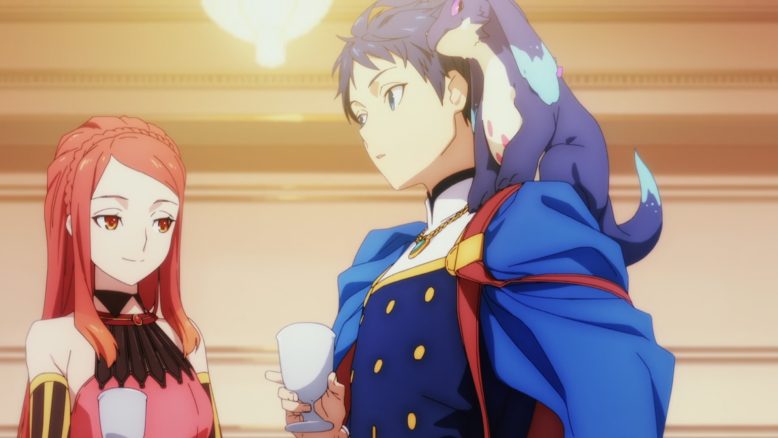 Not a bad thing to focus a bit on the other members of her class that got isekai’d here. There must have been a time skip for that party. Otherwise were they isekai’d into already fully developed people? Since they were being talked about like prodigies then they likely have the same sort of skill system that our MC is using and so using that in normal human society would lead to some super elites. I am curious if they literally had to live their whole lives from babies or if they did skip ahead a bit. That even the teacher (turned elf girl) is the same age as them does imply that they were all born at around the same time. Will be curious to see their side of the story since they didn’t appear that connected to the main character. 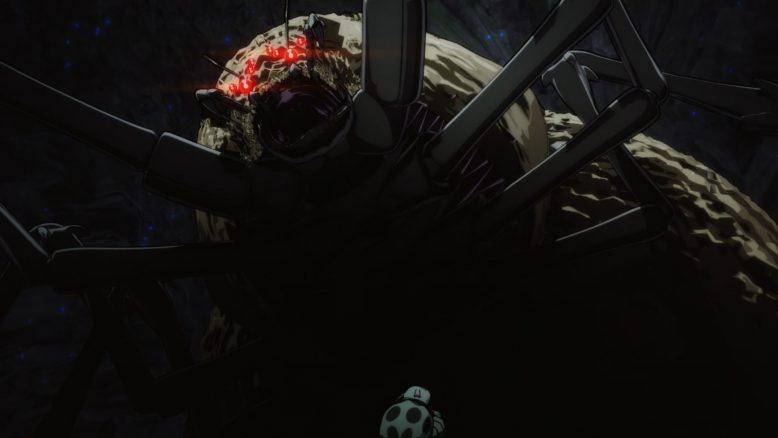 In the end this was a pretty solid first episode. The visuals worked alright for me. Probably because they were both good and the main character is a spider. If the human characters have a limited focus then you aren’t being thrown off that much. This situation is pretty solid with mystery all over the place. All these characters were grabbed at the same time without warning. Yet unlike other shows they also haven’t gotten any sort of information about what is going on. They’ve clearly been left to their own devices and not even given a hand in finding their fellow classmates. Since they haven’t just been dropped off into this world, but reincarnated into new bodies. This could be a pretty fun show. Not sure I’ll pick it up for the season, but it has my attention.