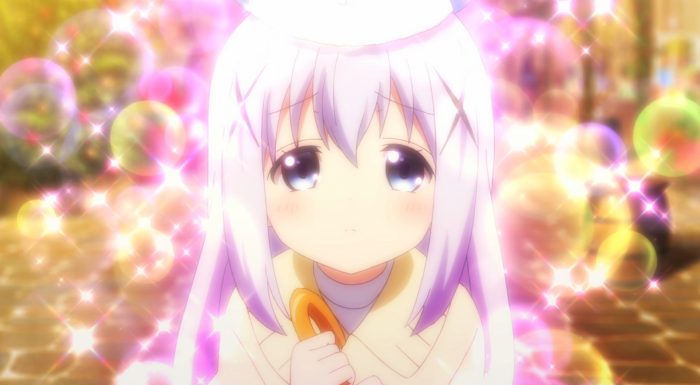 There are times you hope a show can live up to your expectations even knowing that doesn’t happen very often. Thankfully Bloom lived up to everything I could have hoped for. It was exactly what a good sequel should be. This show gave a lot of laughs as you’d expect from this franchise and also continued the very good character development that’s been apparent since the first season. This isn’t one of those shows where nothing changes and no one gets to develop. Instead this season was all about celebrating how much all the main characters have grown. A look at the future of these characters. Many of them are entering a period of change and so long as the series continues to get sequels it will be interesting to see how their lives change up from here. 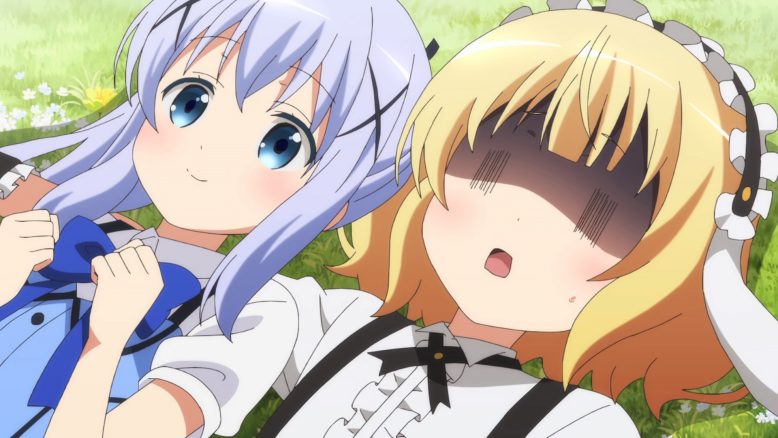 Despite the animation studio changing, a lot of the staff remained consistent which without a doubt helped this season fit in perfectly. Full credit has to go to the people behind the scenes allowing this sequel to be as good as it was. Everything really picked up nicely from the first episode and never dropped the ball from that point onward.

As always the review will try to keep spoilers out of the picture. Although this is the third season so there may be some references to the previous seasons. But even then I’ll try not to spoil anything while reviewing this series. 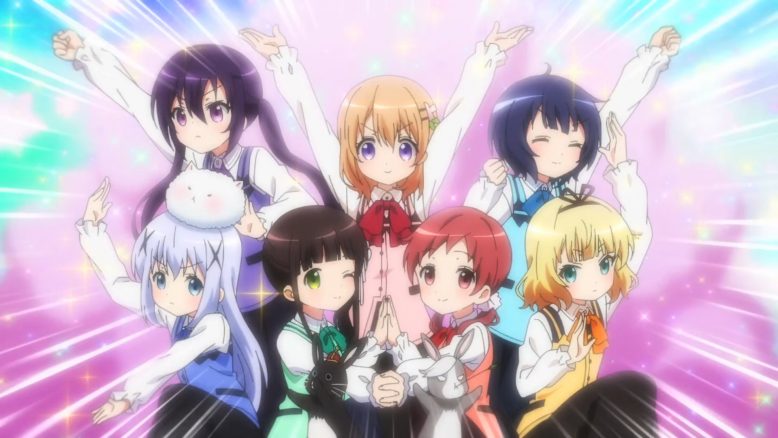 The setting is both straight forward and kind of interesting. This place doesn’t really exist in any specific place. A mixture of European cities with of course some Japanese touches mixed in there. It really is a nice town with a different sort of atmosphere than you’d see in other anime of the same genre. In terms of locations the third season only changes things up a little in terms of more scenes set in the two high schools that the older girls in the main cast attend. There is a lot of additions though in terms of characters we meet in Cocoa and Chiya’s school. Before this point we didn’t see anyone of note besides Cocoa and Chiya. But the setting is fleshed out a lot more with the addition of those new characters. 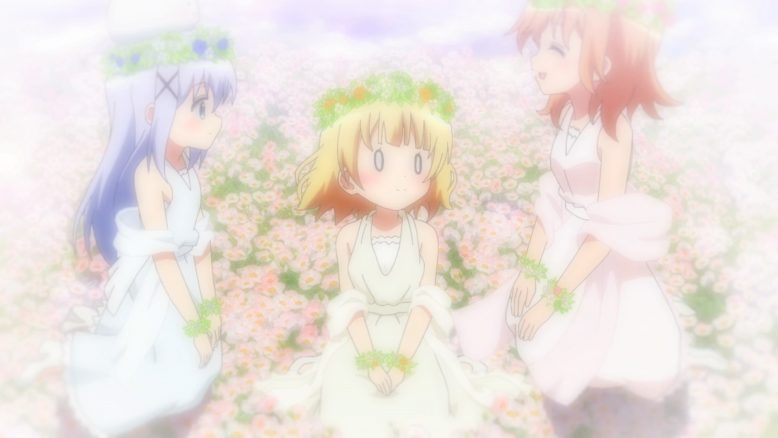 The story doesn’t change in a huge way. It is mostly slice of life with some comedy as these girls are living their lives. They go to school, work part-time jobs (mostly at cafés), and hang out together at various events. What they do doesn’t change too much. The key thing is what the characters experience and how they mature through that. And really the show is all about the characters in that respect.

But that doesn’t mean there aren’t changes or that there isn’t an overall story. The passage of time and the change of circumstances is a strong element that is present in the whole franchise including Bloom. These characters are growing up and their lives are continuing to change bit by bit. A big focus in this season is how Chino and her friends are just about done middle school and have to start making plans for a transition to high school. Beyond that Rize is also just about done high school and has to look ahead to University and making her own life plans. The world isn’t at stake or anything that grand. But they are all taking steps closer to being more grown up and trying to make decisions that will impact their lives. The story is about how the characters handle that and it is done well here. 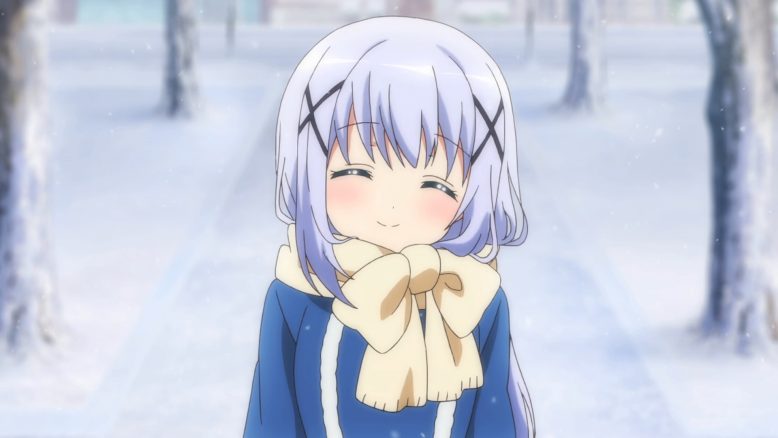 The characters are where this show shines and no one shines more in it than Chino. She is arguably the central main character in the franchise anyways, but she does get a lot of focus in this season. The great thing with Chino is that she is actively trying to do things that she might have needed a helping push to do before. Instead of waiting for someone to suggest she call for help, she calls for help when she is overwhelmed and needs it. She does draw the line with people that she feels are already too busy to help, but she’s not nearly so hesitant as she was before. Chino is now able to recognize the impact Cocoa has had on her life and is far more comfortable now. Whether it is teasing Cocoa or helping a lost kid she’s much bolder than ever before. 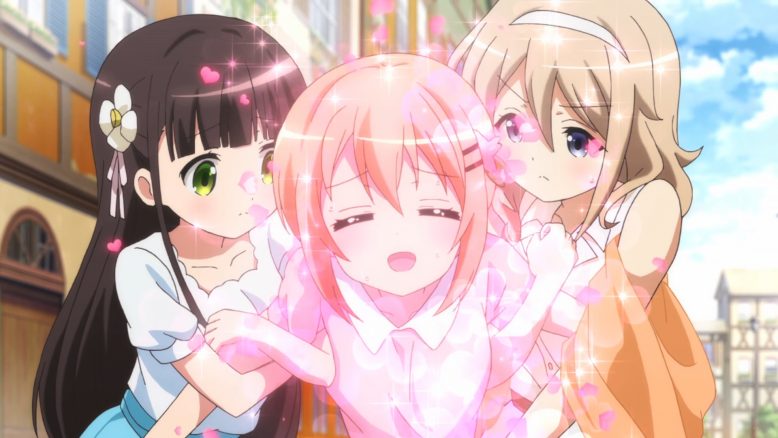 There’s no doubt that Cocoa is the spark that really got things going to start this show. This season she remains a positive spark that keeps things moving. But what I appreciated most from Cocoa was that she was trying to pick up new skills both to make Chino happy and also to help Rabbit House. That café has become her second home and despite her enjoying being lazy at times, she does care about making it as successful as possible. This season isn’t too much about Cocoa herself changing, but rather taking what she’s learned in previous seasons and using them. What I appreciate most is that Cocoa really does feel comfortable with Chino and cares most about where her life might be taking her. While she still enjoys spending time with Megu and Maya she isn’t actively seeking out little sister figures now. 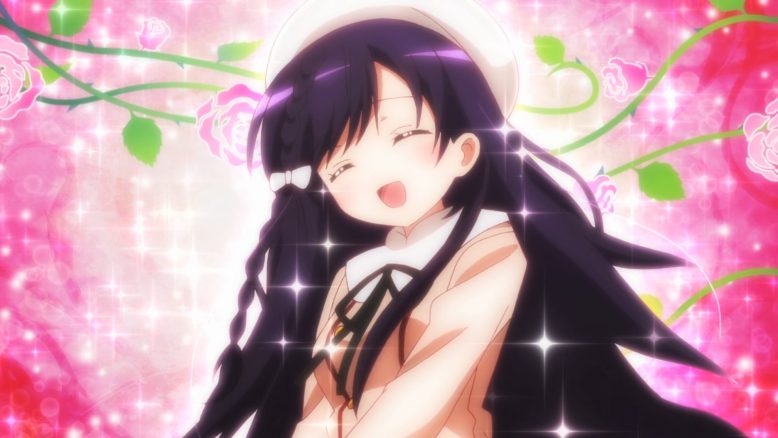 This was a really good season for Rize. She is also at a pretty key point in her life nearly being done high school. She really does start to realize her future goals and even starts taking steps towards reaching them. A bit of resolution also comes in terms of facing her previous choices. It’s just really comforting to see Rize face herself more and become more comfortable with being who she wants to be. Started out as someone afraid to show off her strength and felt awkward expressing her interests. But now she’s really comfortable with her friends and able to speak with her father about the dreams she has for the future. 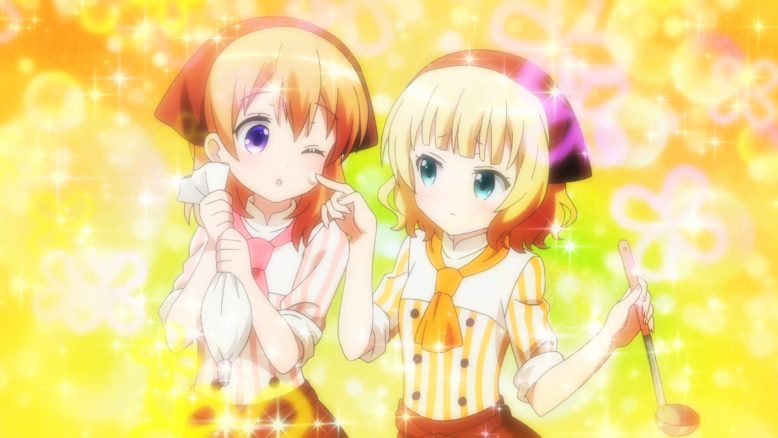 Syaro gets some nice moments herself in this season. The best moments come with her spending a lot of time with Chiya and Cocoa. It’s nice to see her a lot more comfortable with Cocoa even if Cocoa doesn’t always understand her feelings. Syaro being more open and less tsundere can be baffling for the girl at times. Really though, it’s great to see Syaro getting to strengthen her friendships and get even more comfortable with Rize instead of being too embarrassed to interact well with her. Nothing but respect for the girl even with her tricky affliction of getting drunk off caffeine XD. 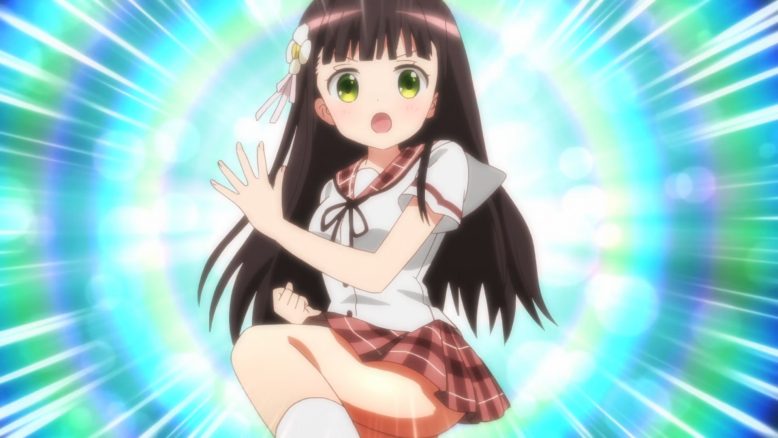 Chiya does get some nice opportunities to grow in this season. There are a lot of opportunities to pick up responsibilities and we get to see how respected she is in her school. But beyond that we get to see how serious she is about both her café and whatever responsibilities she picks up. And honestly I appreciate that she spends time with characters she doesn’t usually spend time with like Rize. The girl is a great character and a load of fun.

While Megu and Maya are distinct characters, it is easy to look at their respective arcs together. Maya especially had the best moments between the two this season. Her concerns about high school were apparent in season 2. So it was nice seeing her having to face that this season and honestly take serious steps forward. Maya may appear less thoughtful than the other characters, but at her core she really does care a lot and just tries not to let others see her hard work. Megu has to face herself as well. She is naïve in some ways, but that doesn’t mean she hasn’t observed the character arcs of Chino and Maya. She doesn’t get a lot of focus this season, but you can see what they are setting her up for. 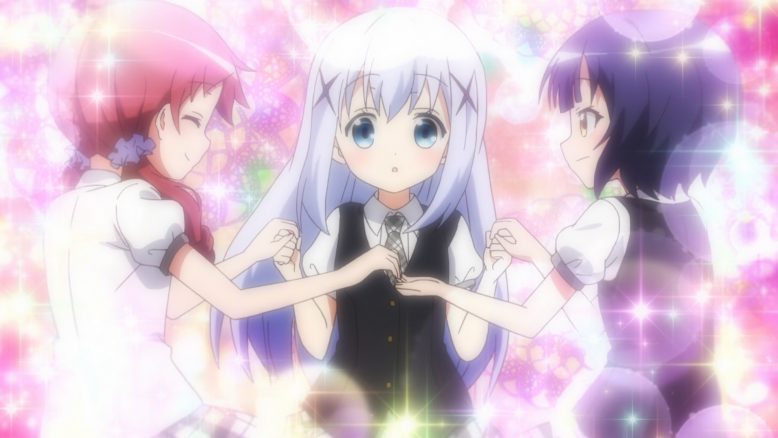 Honestly this show looks really good. The character designs are on point and effectively the same despite the switch of animation studios. This show isn’t going to have a lot of action which probably helps not stress the animators too much. But the design of the town during both summer, fall, and winter is quite nice. You can feel the seasons changing and we aren’t locked up close to the cast at all times. With this show you have a good and cute cast. The only thing I might wish is that with time passing you’d see more visible changes in character design. But, I get them sticking with what works and running with it.

I’d say the background music remains as good as ever. The OP/ED combination for this season was also really good. The ED wasn’t as overwhelmingly strong as S2, but that one is hard to match up to. But the OP had a great song. Voice cast remains great and there isn’t a bad one among them. 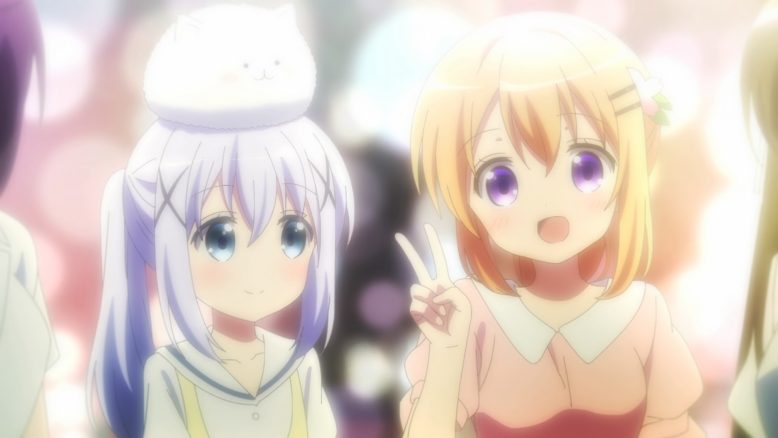 In the end Bloom is a fantastic show. The comedy remains extremely strong and yet you can really see the character growth here. This isn’t a show where you just have some cute girls hanging out and nothing much changes. Time is passing, their lives are changing, and they are growing along the way. And I still really love that the show doesn’t just keep the big group together or just keep pairing them off in the same groups constantly. There some variety and you get mixtures that you don’t expect. One of those was Chiya and Rize hanging out together without the rest of the group. This season has summer fun, a Halloween episode, and a couple episodes dedicated to Christmas. Honestly it was an extremely well timed season considering the holidays it covered.

At this point if you don’t like this franchise then this season isn’t going to change anything for you. But almost every episode was excellent and I never had a bad time watching or talking about it. The characters are fun and they mature nicely across the series. This season was a real celebration of the arcs they’ve already experienced and where they are going from here. There honestly isn’t much I have to criticize about it. It is a definite A for me. Everything I could have asked for and I hope there is more coming from this series.