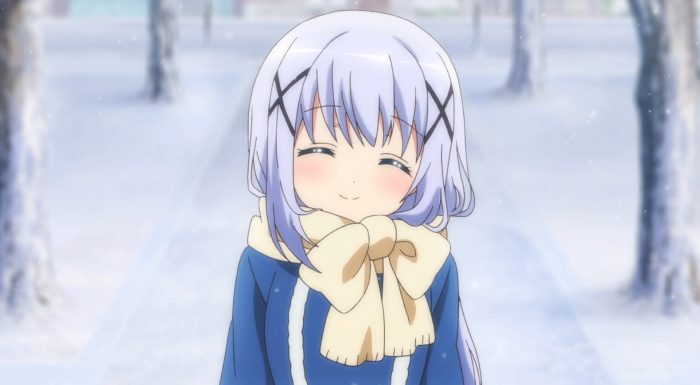 This was a pretty perfect way to end a season. Of course that is being said from the perspective of nearly every episode of Bloom being extremely good. It was a good opportunity to change things up a little and take the focus back to Mocha and her mother for a little bit. Considering their lack of presence in the rest of the season it was a nice amount of time spent on them. Building off of that was bringing the focus in once more with Chino and looking towards the future. Even though we didn’t get a sequel confirmed within the episode itself I am left excited about where things are likely to go when/if we get that fourth season. 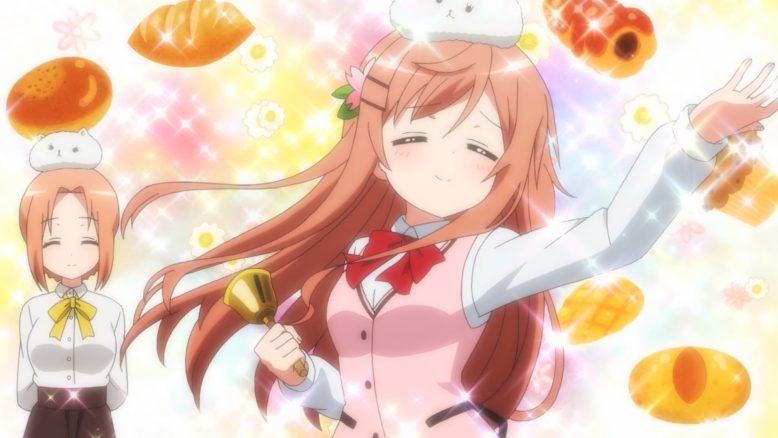 I honestly appreciated a look at Mocha and her mother by themselves. Mocha herself does seem pretty invincible when she’s in front of Cocoa. But the reality that she does stumble and sometimes has to work hard to surpass those mistakes is a good thing to see. I was honestly a bit surprised that Cocoa was aware of that much. But maybe it is why she’s not that worried about making mistakes herself. Of course that may just be Cocoa’s natural temperament anyways.

Full credit to their mother for handling Mocha’s troubles nicely. She knows how to pick her daughter back up when she’s down. Of course she’s also pretty human in wanting to hide the parts of her past that she found embarrassing. It certainly seemed a shocking turn to have Cocoa and Chino’s mothers have that kind of connection. I’m not sure if it was pushing things or not. But honestly it fits fine considering how many characters just happen to be connected anyways. And it doesn’t impact things too much since Cocoa and Chino are both unaware of it. The only thing I wonder is if Chino’s father knew about that. Possible that he didn’t since we don’t know for sure when he met his wife anyways. Just a nice little bit of information to drop on us. 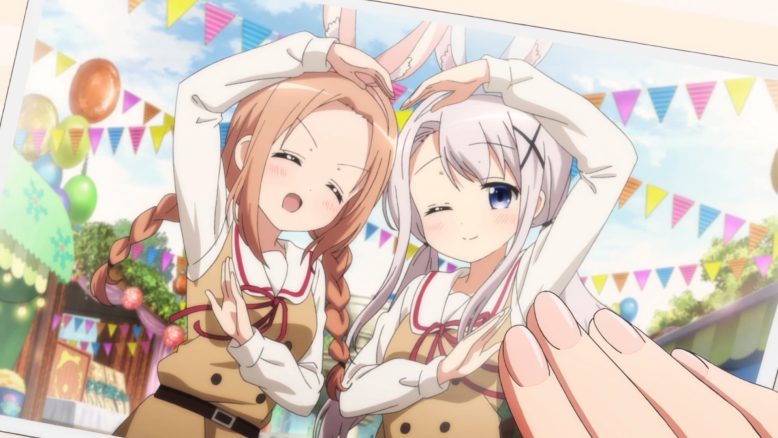 Kind of fitting that the last episode would involve a lot of looking towards the future. Rize being accepted into her university of choice was a big thing to drop, but we also got to look towards the future for the other characters. Thanks to Chino we can expect a big group trip in the future. It would be nice if that trip made at least a stop at Cocoa’s home town. I can understand Cocoa staying with her friends. Time there is limited while her home isn’t going anywhere. That’s something she learned the last time she visited home. But it would be nice to let Cocoa have the best of both worlds and visit her home with the people she cares about. Considering how cemented the sisterly relationship between Cocoa and Chino is at this point, it only seems natural to have her visit. 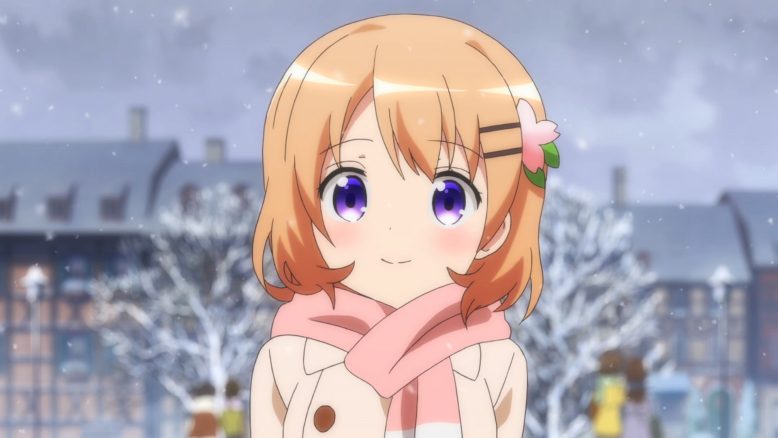 I just appreciate that there is a passage of time within this show. They don’t stay in the same season or school year forever. And they are heading towards a point where things are going to change. Rize may go to University within that town so she might not be far off. But Chimame are going to be graduating and going to new schools themselves. Megu and May are set to pick up some part time jobs and that will change things up. This episode just showed how time passes and people can change bit by bit. It certainly is in part due to Cocoa’s influence that Chino has changed. But regardless of the why, the actual change is clear as day. To the point that she can suggest a big group trip like that. She may be afraid of leaving her small world, but she’s willing to do it. 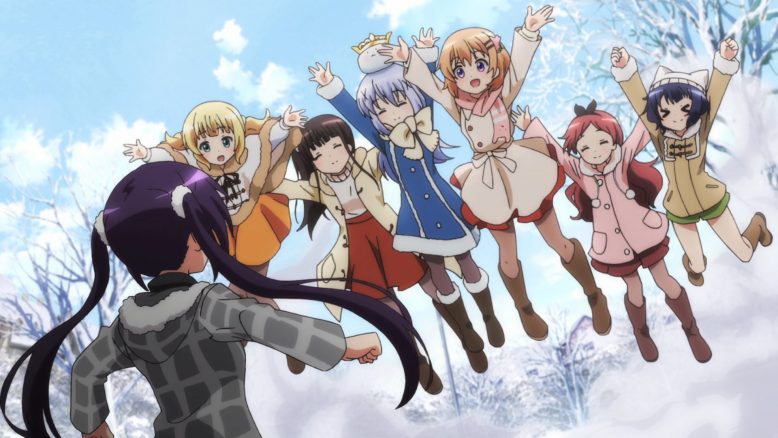 Farewell to another season

This episode was a real treat. It is a bit sad that this show is ending again and I’ll definitely miss it more than any other show ending this season. But this was a great way to leave things off. This season was all about showing how much these characters have grown and can continue to grow. They have all matured in different ways from where they started in episode 1 of the first season. And I hope to see more seasons so they can continue to grow. At least this episode was an excellent one that left me with no complaints and a lot of smiles. 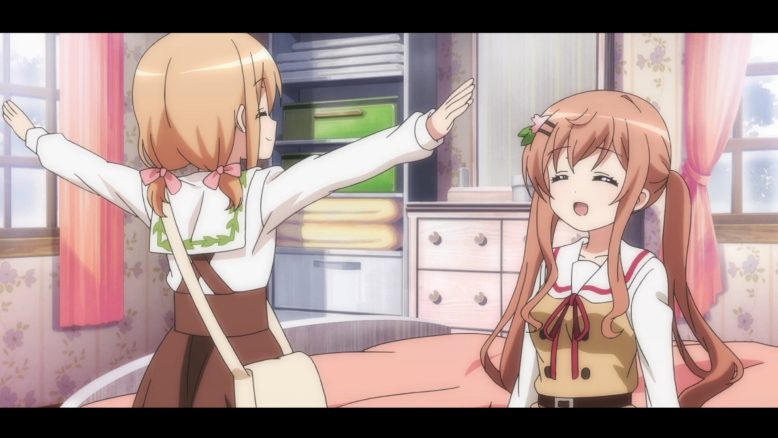 Honestly this season was fantastic overall. I was honestly surprised at just how strong every episode was. Going into this season I was honestly concerned if switching to a new animation studio would lead to a drop off, but it managed to avoid that. Instead things easily settled into place within minutes of starting the first episode and it carried on nicely until the final episode. 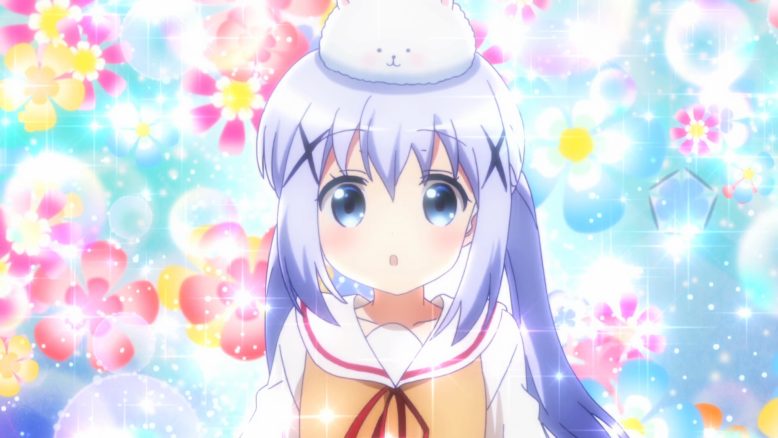 There’s no doubt they nailed it with the title of this season. It really felt as if the focus was on the characters blossoming. Chino especially got the chance to blossom nicely throughout the season. She’s come so far that it is truly heartwarming to see. It seemed early on as if the focus would only be on her gaining a bit of confidence and maybe one day she’d be able to accept Cocoa as a sisterly figure. Instead she’s well past that point. To the degree that she can go around teasing Cocoa and Rize, embrace fooling around as Cocoa’s big sister for moments, and push beyond her fears to invite her friends places without being encouraged. Chino has come so far. I was glad to see her pick Cocoa’s high school to attend even if it meant going a different route from her best friends. 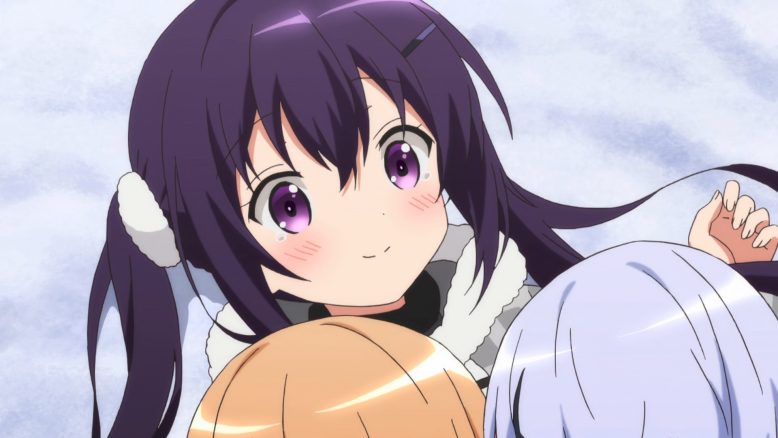 It wasn’t just about Chino of course. They repeated what I really enjoyed about the previous seasons in letting different pairs and groups hang out. All the characters are good and you don’t have to just make the focus on Cocoa or Chino. There were little moments I really loved like Chiya and Rize going for runs together. Syaro and Cocoa working together heading into the Christmas episodes. And each episode managed to combine things together in a way that was really satisfying. Each week I was curious to see who might be hanging out together and the result was always good. And yet the show never forgot to bring everyone together when the timing was right. 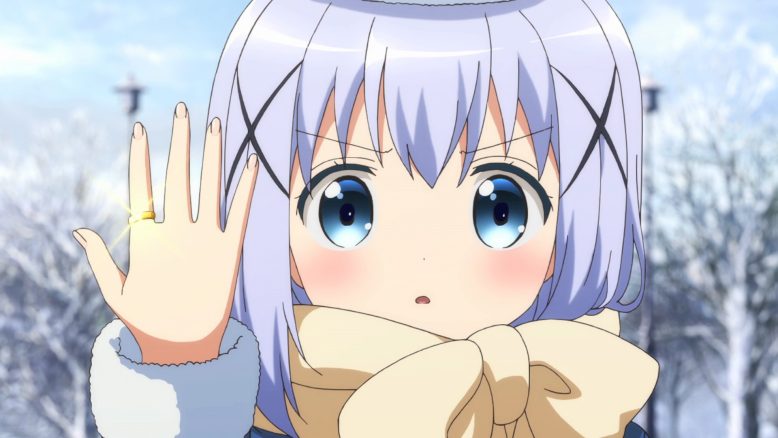 This is definitely repeating myself, but I’ll miss this show. I do believe we’ll get another season or more OVA episodes since it has been pretty successful to this point. But you can bet I’ll be ready to jump out of my seat whenever they actually confirm it. But for now I’ll say farewell to one of my favorite shows of this year.