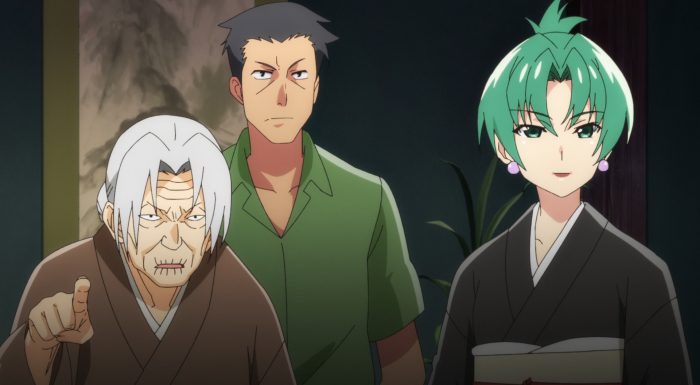 This episode was pretty straight forward in terms of furthering the battle to save Satoko. Although for a battle about Satoko, she wasn’t actually present for this episode. Even Teppei wasn’t seen from in this episode. The most we got from him was some vandalism that may or may not have actually been done by him. And that’s one element I’m curious about. Is everything alright with Teppei? Probably, but you just don’t know. Obviously not that I care about that scumbag, but if something happens to him then I worry for Satoko. It’s not impossible that he’s mostly hunkered down in his home and isn’t letting Satoko leave either. At the very least we’ll see them next week since it is the last episode for this particular arc. 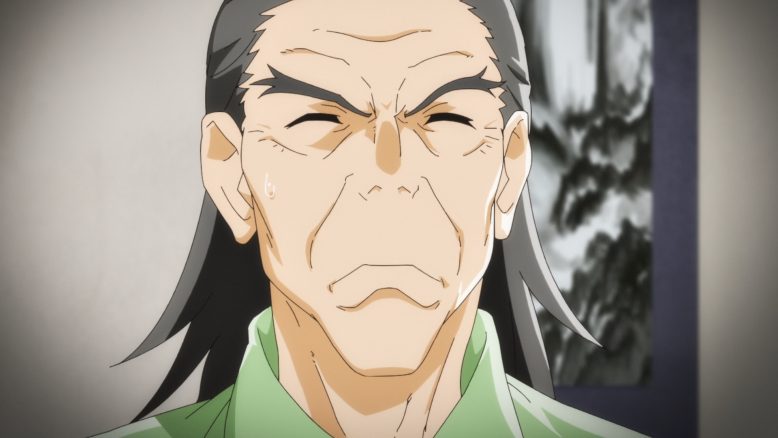 Now the episode was mostly about just having Keiichi gather the village together. It all moved rather quickly, but it was fine. The group at the start of the episode we can presume were gathered by everyone reaching out to those they knew so that’s fine. But beyond that things moved quickly to Keiichi meeting with the elders in the village, talking with them, and then taking on Mion’s grandmother. Surprisingly enough she’s actually alive. The show was being a bit ambiguous about what was going on with her in the previous couple episodes. 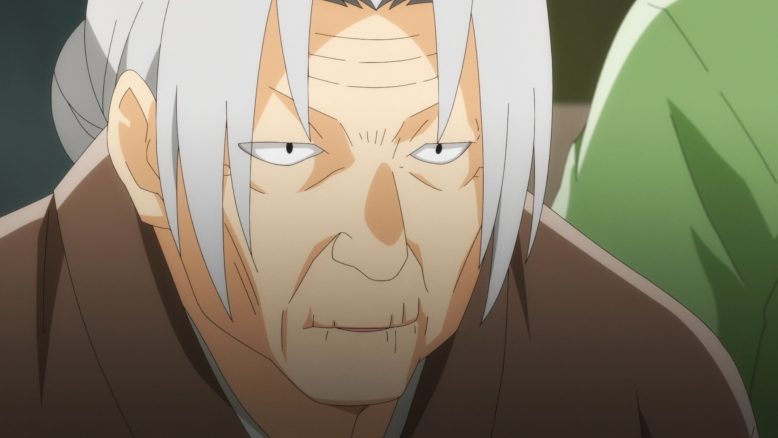 The conflict against Mion’s grandmother was actually pretty relaxed all things considered. Oh sure she was grumpy and even told others to deal with Keiichi. But it wasn’t like she herself flew off the handle and went after him. At least it didn’t feel like the most intimidating thing in the world. Heck Keiichi seemed the more aggressive one considering how many times he straight up threatened to kill the woman and put Mion into power that way.

Now it was an important conflict to be fair. The Hojo family is both hated and not hated at the same time. I do think a few people probably aren’t happy with them. But I would tend to believe that most people just don’t want to act nice around anyone connected to that family out of fear that they’ll be rejected themselves. But no one cared enough to stick their neck out. It was up to Keiichi and his friends to get out there and challenge things. At the very least they put themselves as the central figures and forced people to re-assess their situation. 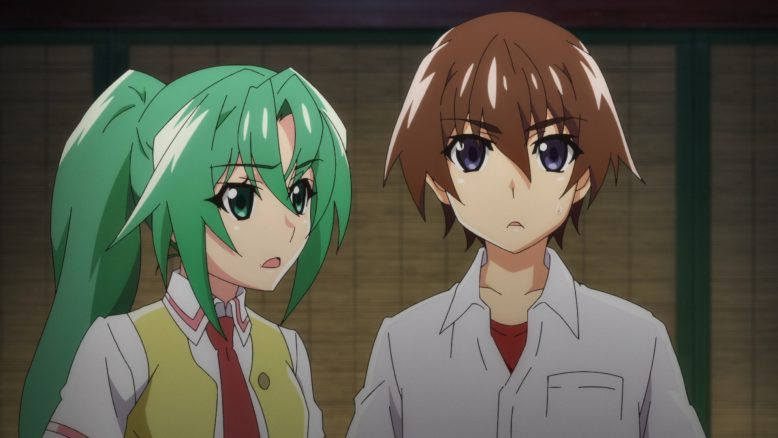 Honestly, there isn’t that much to say about this one. Keiichi and his friends approached the people they needed to face and got their support. At this point everyone seems to be with them on this. There is the threat of Oishi, but that didn’t pay off this time. He just sat there and watched over things. If he’s going to get in their way it isn’t right this second. But there’s still one more episode of this arc left and plenty of time for everything to go bad. I guess all we can do is brace ourselves. 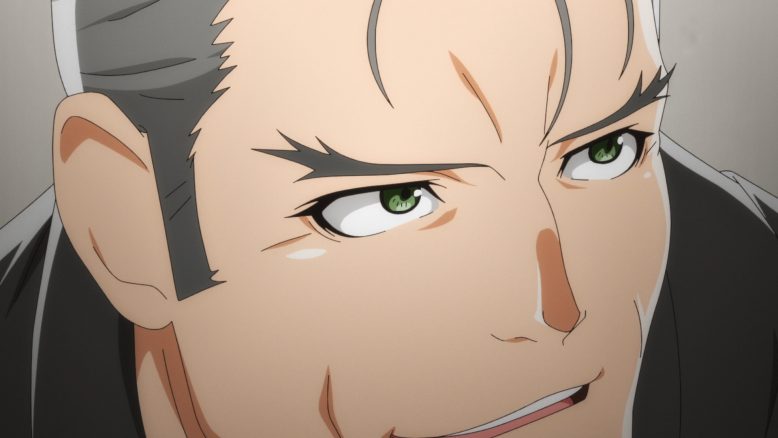 Honestly this was even more of a straight forward adaptation of the Kai arc as the last one. Now there were some differences. Oishi did show up and sat there a bit suspiciously. Again, I’m not sure what his angle is, but it is undoubtedly going to be negative. Maybe he’s planning on getting everyone arrested for protests or something. Maybe he’s done something terrible and wants to hang out in a public space so he doesn’t look suspicious. I mean we haven’t seen Teppei or Satoko for a while. At most we heard people talking about him and how he may have been responsible for knocking over that statue. That’s pretty shaky in terms of confirmation. 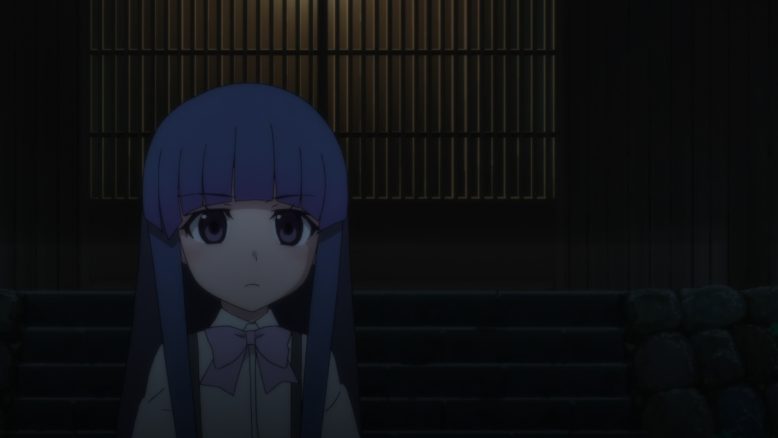 I mean it is nice to see familiar scenes again. And it appears like Rika knows what has happened and is putting her faith back in people again. But it feels really weird after she went off the deep end just the previous time. Of course she’s bound to get hit hard since this isn’t going to work. I’m going to have to guess she doesn’t remember what actually helped them win in the original series since she has consistently avoided doing it.

The downside to this episode though was that it honestly was a bit boring. We’ve seen all these events happen in Kai and honestly it was better in Kai. I know bias to nostalgia is a factor, but I really do think it did a better job. Oryo here was pretty bland. In Kai she wanted her sword and to cut Keiichi down herself. But in this she was less intense and less frightening. You were worried this lady might actually kill him in Kai. Instead she just tells someone to deal with him in her place. It’s still fine, but the scenes just felt more hurried and less impactful. They work well enough for people that haven’t watched any Higurashi, but I’d still recommend watching that first. 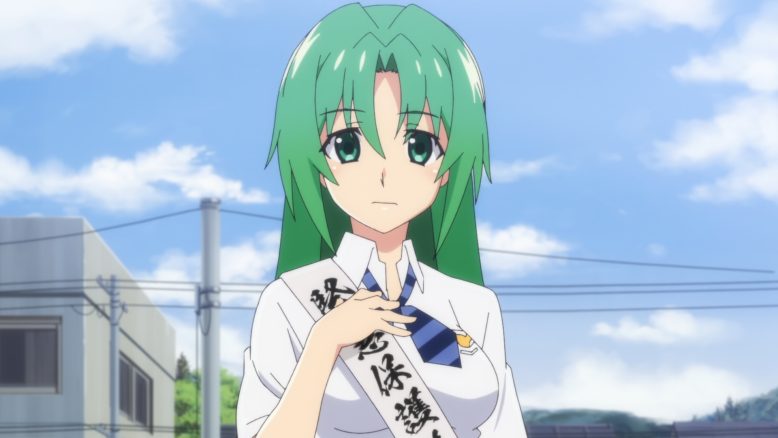 Now we’ll see what happens. One episode left of this arc and before we start getting some answers. Good chance this ends on some kind of cliffhanger and actively pushes the transition from Keiichi as the lead to Rika. Something is going on that has changed the entire status quo of Higurashi. It’s about darn time we found out what that is.