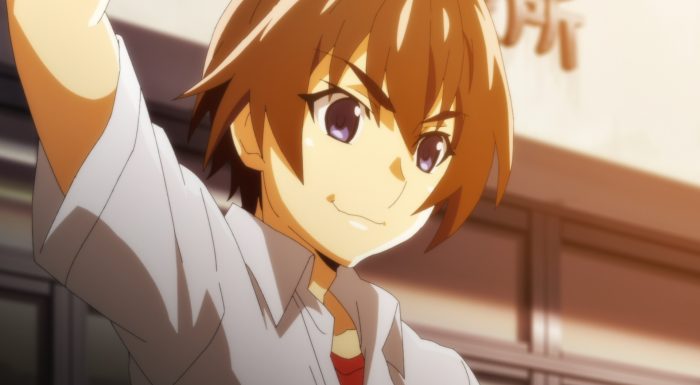 So things seem to be moving in a positive direction. But with the way this show has gone so far that doesn’t appear to be lasting for too long. It feels as if the main cast are finding their way forward. The cast has a general plan of attack and while they haven’t gotten to Satoko yet…they are on a road that looks good. They are steadily building up the waves of people being thrown at the Child Welfare Services Center. At the moment it isn’t working all that well. But they are getting more attention as they go. A few kids may not be all that much, but if they can start getting a sizable group behind this then maybe. 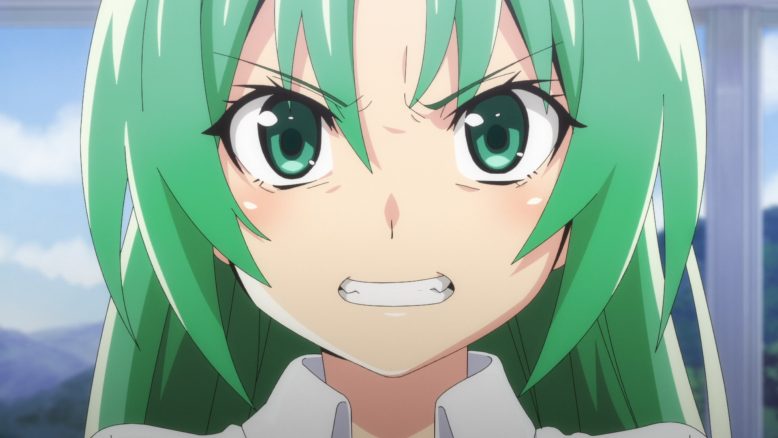 It’s a difficult situation and you can feel it. The group as a whole felt rather trapped. They know Satoko needs help. But there aren’t many ways to just immediately help her out. There is a lack of direct evidence, previous case of falsified complaint of abuse, a cautious bureaucratic unit, and few immediate ways to help Satoko without breaking a whole lot of laws themselves. It is no wonder Shion lost her cool. Although her connection to Satoko was only dropped in the previous episode so she’s going from zero to murder in a hurry in this arc.

That’s not to say I don’t get Shion’s feelings. Satoko being effectively locked up or used like a slave by that scumbag of an Uncle is unacceptable. That girl doesn’t deserve this and it’s terrible that the system is holding back the help she needs. I get why Child Welfare is the way it is. Taking kids away from their parents or guardians is a serious move and shouldn’t be done casually. But in situations that are absolute emergencies they need to be able to move. All the more so when you have a lot of people that know the victim and care about them telling you what is going on. 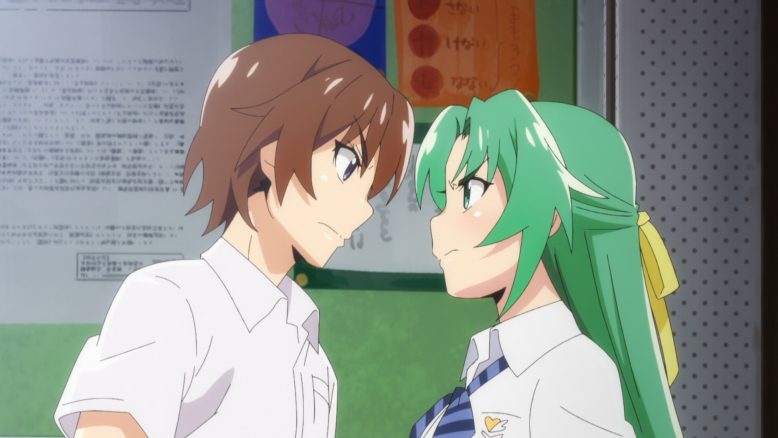 Good on Keiichi for holding things up. Someone did need to stop Shion before she went too far. Yes, killing Teppei would solve the immediate issue. But who knows the psychological harm that could be done to Satoko. Both in having a relative (even scum) killed and having it done by someone she cares about. She’d have to feel the weight of Shion going to prison for a long time in order to help her out.

Keiichi is probably also correct in that this won’t grant Shion’s wish. If she wants to live beside Satoko and have everyone be happy than making herself into a criminal won’t do it. Keiichi has been having some more murder flashbacks/visions/something himself. The last time came during the opening arc and I’m kind of worried because of that. Trusting his faith in Rena and not wanting to make that vision a reality lead to him getting attacked. Is holding back and not killing Teppei going to pan out? 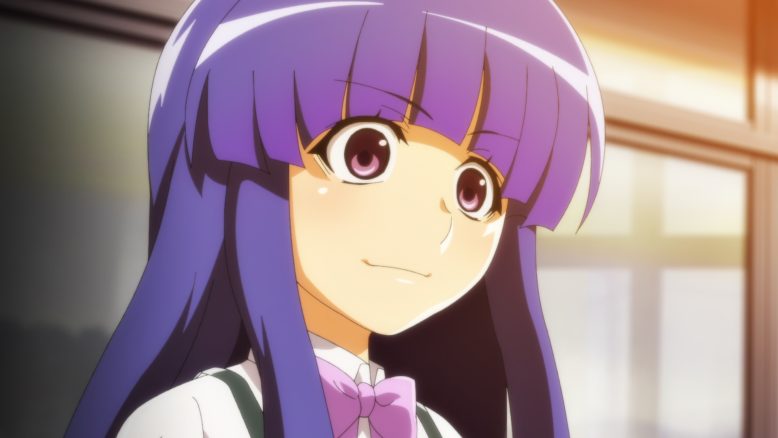 The episode ends with a mixed bag. Rika seems pretty hopeful. And she is acting both mature and not scary this time around. Seems to have a lot more faith in Keiichi here and that they are in a good spot to break the ‘fate’ chaining down Satoko. And yet that image of Oishi showing up doesn’t fill me with hope. We aren’t that far off from the uncomfortable clash he had with Keiichi. I suppose it’s possible that guy will show some maturity and not interfere with friends trying to save an abused child. But you just never know! Let us hope for the best while preparing for the worst. Still a couple episodes to go before we reach the halfway point break of this series. 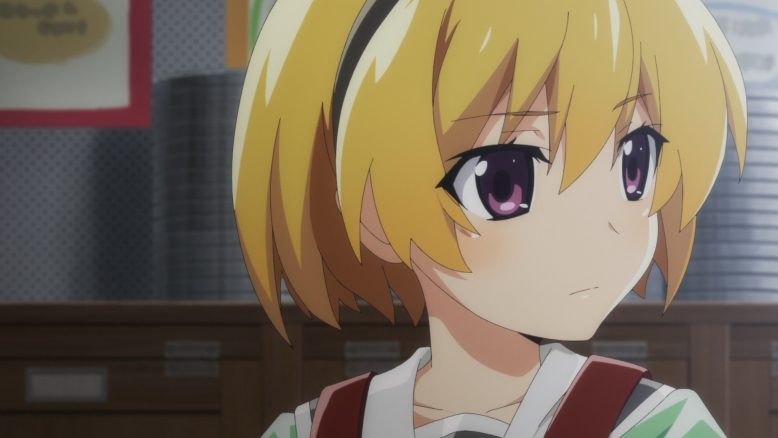 I’ve got a lot of concerns here. But I also found this one a bit boring in comparison to other episodes. It was a pretty straight forward representation of Minagoroshi-hen. Just not quite as good as what we got in Kai. The animation and art style are what they are, so I won’t harp on the inferiority of Gou there. But, the major thing was just that this felt like a speedrun of Minagoroshi-hen. At least the parts that this episode connected to. Events just kept on going, jumping, and moving along. Kai let this stuff breathe a bit more. We got more little scenes like Keiichi talking to his parents. But bigger is that we are getting a lot of those familiar scenes, but not with Rika as the main character she’s supposed to be. This is still Keiichi’s show. 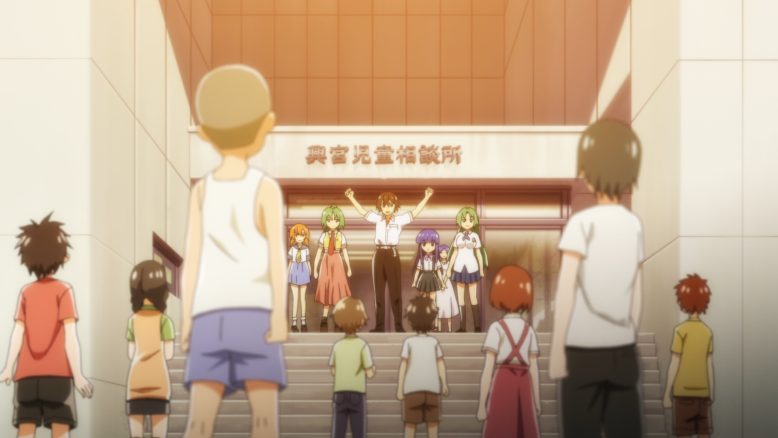 At the core of it, I just didn’t find this one as interesting. We know the twists are coming. That they transitioned from Tatarigoroshi-hen (more or less) to Minagoroshi-hen is interesting, but can’t possibly be the twist of this story. This episode was just re-living a lesser version of an episode (or combination of two) that we already saw. The question is what are the twists going to be? Is Oishi going to be pain in the rear end that gets in the way? While he’s not set to be Keiichi’s friend here…is a cop really going to be cool with a kid being abused and interfering with her friends standing against that because of his vendetta with the Sonozaki family? Is Oishi really going to be that guy?

But beyond that we’ve got questions. Is Oryō alive? Some weird talk seemed to be pointing to Mion already being the head of her family. Heck, last arc we didn’t see her either and Mion/Shion was taking a lot of individual action rather quickly as if there wasn’t a need to kill Oryō. If Satoko’s rescue gets slowed down is Shion or Keiichi going to snap? Is Satoko herself going to kill her Uncle? Something horrible will happen and hopefully/likely will give us our biggest hint or answer about what is going on with this sequel. I’m really hoping these last couple episodes before the second half are strong ones. Even if they are doubtful to be fun and upbeat ones. Let’s see where this all goes.