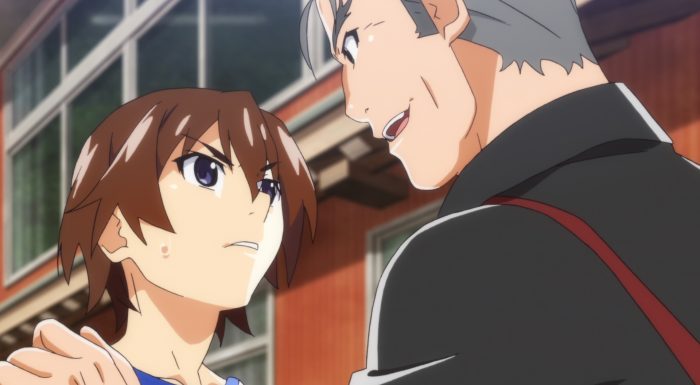 Things have definitely reached horrible in a hurry here. There’s no getting around that. Satoko’s situation just cratered into the Earth. Her abusive Uncle is back and there’s no question bad things have happened and are going to happen if nothing is done about this. And the terrible thing is that immediate solutions aren’t readily available here. Part of it is just a system that is rather disinterested in what happens, but also the past is a huge factor here. Whatever issues Satoko had with her step-father…making false accusations of abuse is hindering her now. But that’s a single mistake that shouldn’t destroy her future. I’m putting heavy blame on the stupidity that failed to recognize the abuse that was happening while Satoshi was there and now is failing to recognize the current situation. 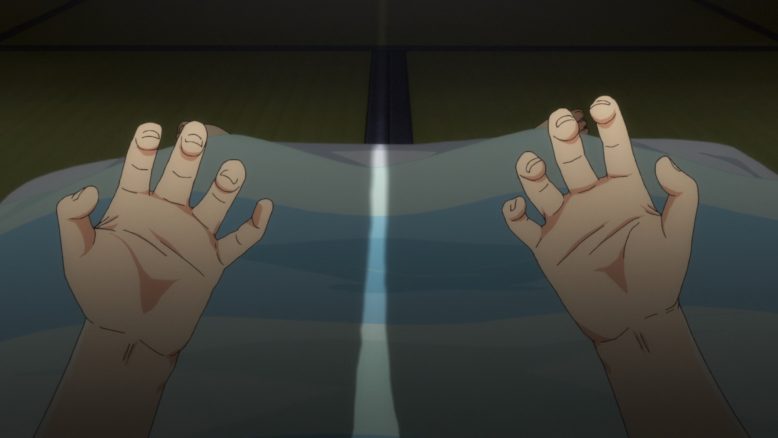 Let’s take a moment at least to notice that Keiichi’s murder dreams/visions are back. And honestly I’m not sure he’s going to avoid it this time. With Rena he did honestly fight against his suspicions and tried to put his faith into his friend. It blew up in his face, but let’s put that aside. That happened because he was prodded to by Rika and because Rena is/was his friend. The desire to trust your friends is pretty powerful. Not sure what the heck would stop Keiichi or anyone from going after Satoko’s uncle. An abusive jerk that stole every penny that her parents had and then abused both Satoko and her brother. Now that doesn’t mean he’s going to do it. But, that dream definitely sets a tone for this episode. 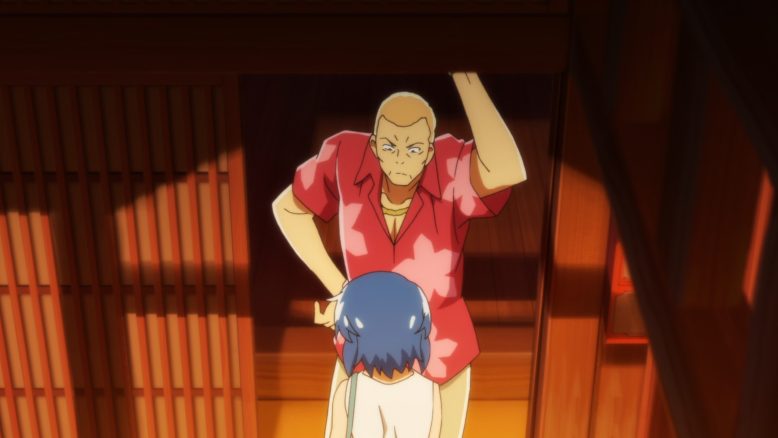 Also if Satoko’s brother wants to return…this would be one heck of a time to do so. Although his situation is a legitimate mystery. Depending on who you ask he ran away, disappeared, was demoned away, etc. Is he alive? If he isn’t then obviously not much help can come from him. But if he is then it is rather unbelievable that he ran off and left his sister behind like that. If he was acting as her shield that doesn’t seem like a responsibility he’d give up lightly. For now that job seems firmly in the hand of Keiichi and he’s certainly fired up for it. 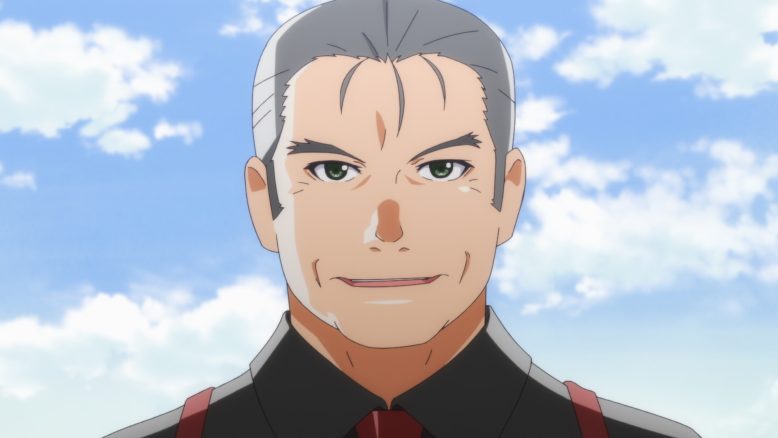 Now if we’re going to talk about people that give a different impression I’d love to start with Oishi. Most of the time this guy has looked to be an ally of sorts for Keiichi. But here he was a pretty antagonistic character. Now there’s a few ways to look at it. Maybe he really is acting differently here for some reason or another. Or Keiichi is seeing a different side. When Keiichi was a potential ally and source of information he was the type to push things a bit, but seemed reasonably helpful. But when Keiichi was in the way of whatever he wanted to find out from Satoko…then he had no qualms about hurting a kid to get what he wanted. Regardless though, it doesn’t appear like Oishi will be much help to Keiichi in this situation. 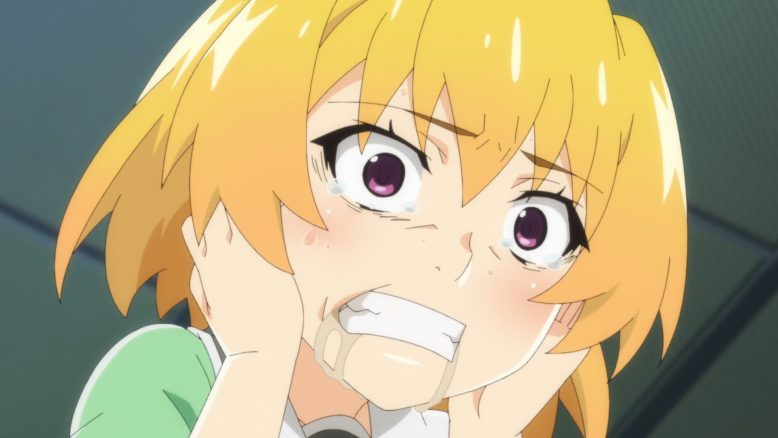 So this situation is pretty rough and looking bad. Satoko’s mental state seems to be deteriorating in a hurry. Whatever is going on with her Uncle isn’t something that can be allowed to continue. And yet it doesn’t feel like they have a lot of options besides simply harassing the heck out of Teppei. This time Keiichi isn’t really looking to be the one in direct danger here. But that doesn’t mean he can take this lightly or hang back. Things are bound to get even more intense from here. We’re well into another short and intense arc. Can’t wait to see what happens. 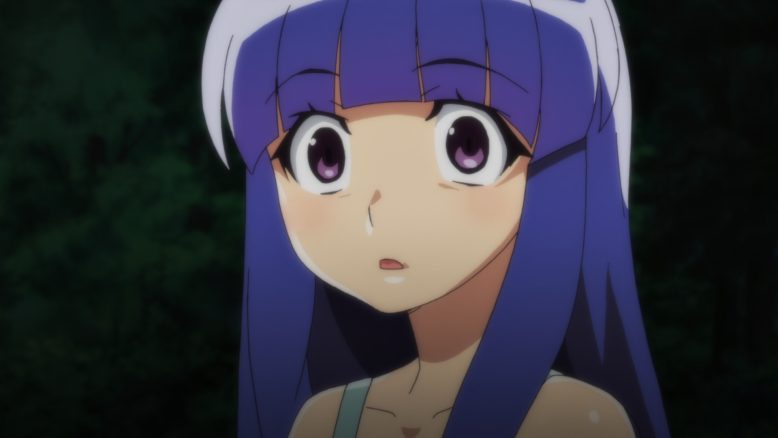 So yeah, again we are doing the Keiichi alternate world vision thing. After skipping that during the Mion/Shion arc we are back at it again. Of course these are the arcs where he killed someone in the first place so that makes some sense. Possible that Shion was also having those kinds of dreams and visions and we just didn’t get to see that. But regardless we do seem set to spin things again and not have Keiichi do the deed. They could bust expectations again I suppose and have him still kill the guy…but do it the same way.

There is still the chance as well that Shion does go ahead and kill Teppei much as she intended to do during the massacre arc. I doubt Keiichi is in a state to stop her like he did back then. At absolute best he could stop himself, and I’m not even sure about that one. The temptation to bring down Teppei and set things down a tragic path seems to be a given. 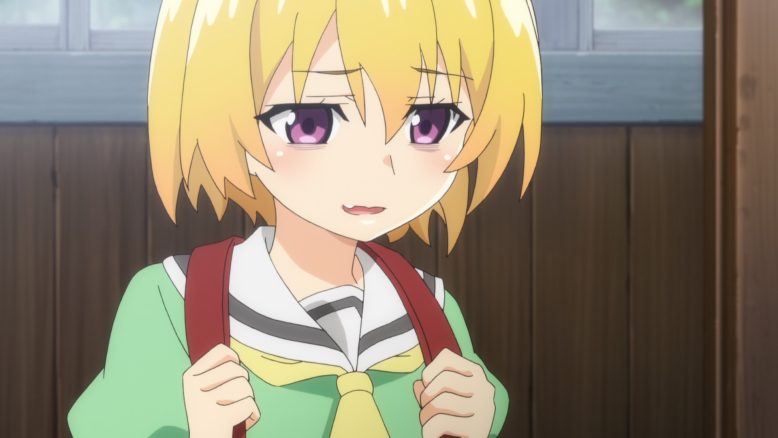 The mysteries are building up and I’m not entirely sure what the truth of it all is. I could talk about how I still don’t know what Rika is thinking or why she’s holding back. But that isn’t going to be answered until we get to the answer arcs. So for now I’ll just sit on that. This arc is a tense one for a lot of reasons. But honestly what has me most invested is that we’re so close to getting answers. This sequel has been leaving many questions, but I really want to get to the truth of it. So the sooner the better in that respect.