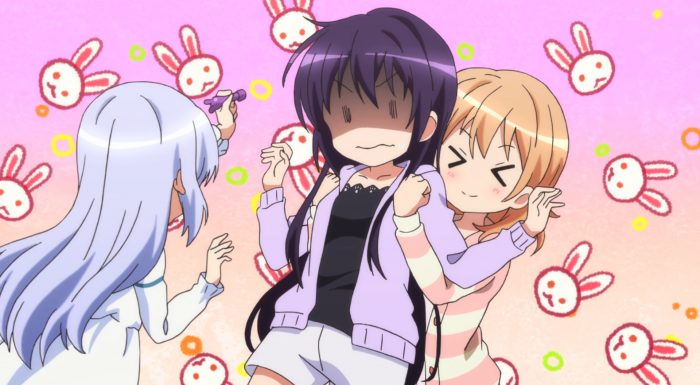 It was really nice to see Rize get this kind of positive focus. And it really shows off how much she’s grown over the course of this show. At the start of all of this I really don’t think Rize had any particular dreams for herself. Her main focus seemed to just be hiding how strong she was and how much she could get absorbed in cute things. But through interacting with the whole cast her future has steadily come into focus. Her friends helped Rize find her dream simply by being there for her. No one pushed her in any specific direction. But incidents like trying to create a schedule for Chino when Cocoa went back home for a bit or spending time with Chino, Megu, and Maya at the pool in the first season all just lead her in that direction. And that’s a nice thing to see. 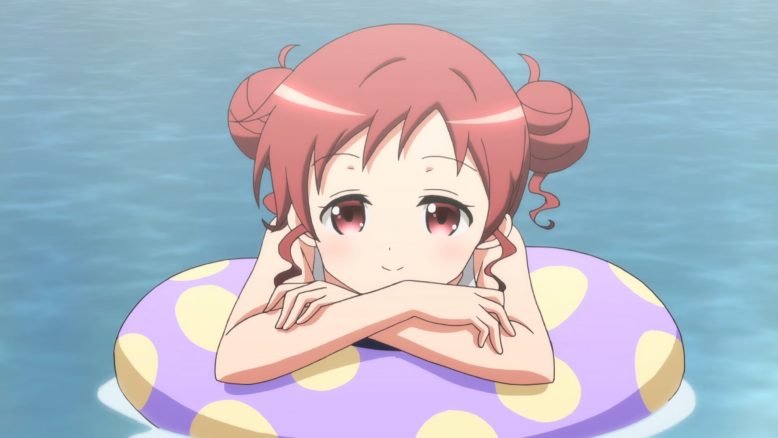 Of course it wasn’t just Rize that got some focus although it was mostly her episode. I liked seeing a bit of where Megu’s character arc has gone. Chino and Maya are both looking to the future and pushing themselves to be ready for it. Megu never really had to debate with herself on what school she was going to or anything. She was pretty comfortable going to the same school her mother did and going to see the school just confirmed it for her. So I can understand her pushing herself a bit in the pool wanting to not fall too far behind those two. But I’m glad she’s willing to be patient. Megu will find what she wants to do with herself and in what ways she wants to push herself as she goes. 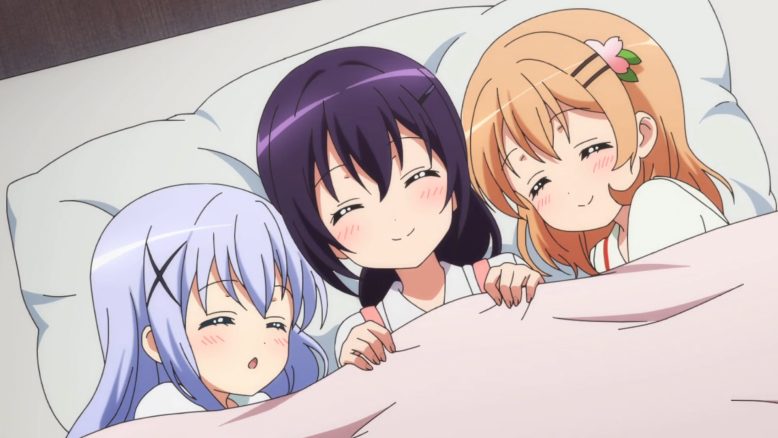 It was fun having Rize hang out with Cocoa and Chino for a while. Really living up to that “three sisters” thing that Cocoa sometimes tries to run with. And really it was a total win for Cocoa that got Rize to slack off with her, clean up her room, and feed her before Rize realized what was going on. Also I kind of love how utterly unattached Cocoa was to the teacher role. She’s determined to be a big sister, but that’s about it. Though she definitely made the teacher look work for her. The kind of silly science teacher look that just fit perfectly.

On a more serious thing, I’m sure this kind of sleepover was good for Rize. She is rather isolated in a lot of ways. Only really has her dad and the staff at her place. The eldest in her friendship circle with only Syaro going to the same school and not even in the same grade. And while she does get to work at Rabbit House it probably does make her feel how much she’s missing out knowing Cocoa and Chino can spend that much more time together when she’s gone home. So I’m glad for Rize getting some fun times with her friends and realizing how much she does have. An extra boost that spending time with Chimame helped steer her towards the teaching path. 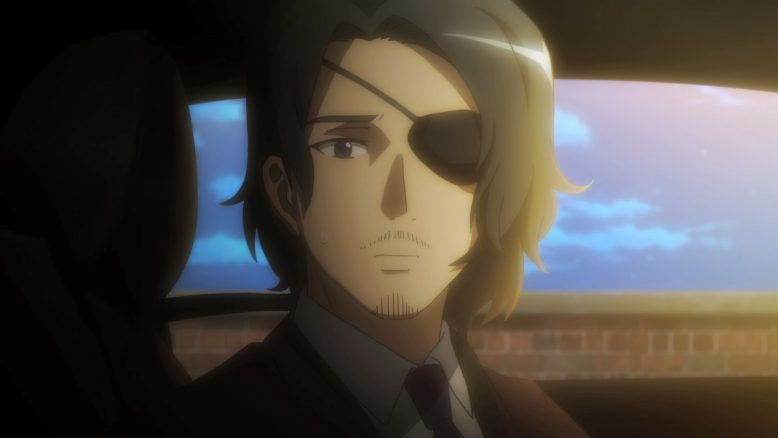 We did get a nice little scene with Rize and her dad to wrap things up. While he didn’t mean to upset her, it was absolutely necessary to apologize. Her father is her family. So if she doesn’t feel like he has her back then she effectively has no familial support. It’s very human to want to protect your pride, but have to draw the line when covering for that hurts your family. So good on him for stepping up and settling things. No shock he was calling his friend to seek his help in dealing with this. While it was likely that he’d work things out with Rize eventually, it is just a good idea to avoid letting a situation become toxic. Honestly, this show has some good parents. Not a lot of them since many are unavailable. But, the ones we do we are good. 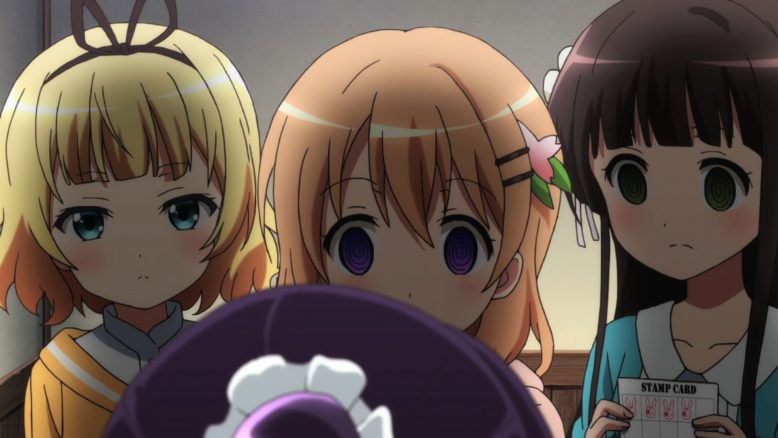 Maybe my favourite moment came right before the big group meal at the end. Cocoa starting up with the kabedon and fun just lead from there. The scene was looking like a harem protagonist having been found out for making the moves on too many girls. Cocoa and Chiya going yandere with Syaro just looking disappointed. I mean really what was Rize thinking, giving everyone stamp cards like that!? Of course they were just messing with Rize. Her friends truly appreciate her and really her teaching path makes total sense looking at her character arc. Rize is always there to help her friends train for something. Of course when Rize wants to try something (like with her Christine role) people do back her up. But Rize is often there for everyone and I’m sure would make a good teacher. 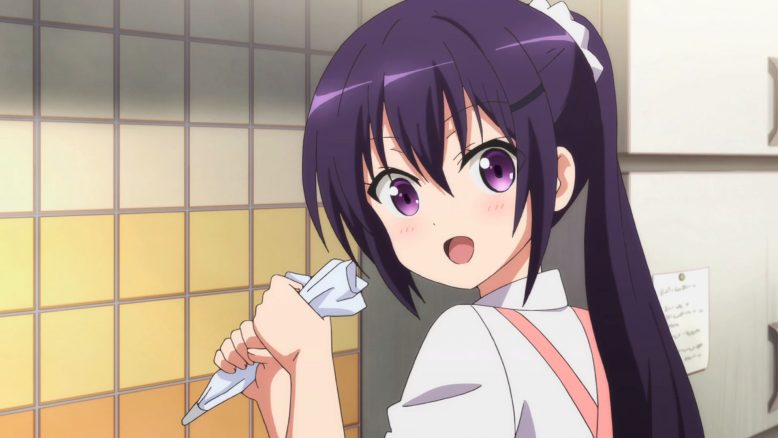 This was another great episode. Out of the whole cast Rize isn’t my favourite. But everyone in the show is a good character and I enjoyed this. It once again had the right mixture of sweet and hilarious. Exactly what I need after a busy day XD. It does sound like from the preview that Syaro is going to get some focus next time and I’m definitely up for that. But even if it isn’t about Syaro, this show just doesn’t disappoint.