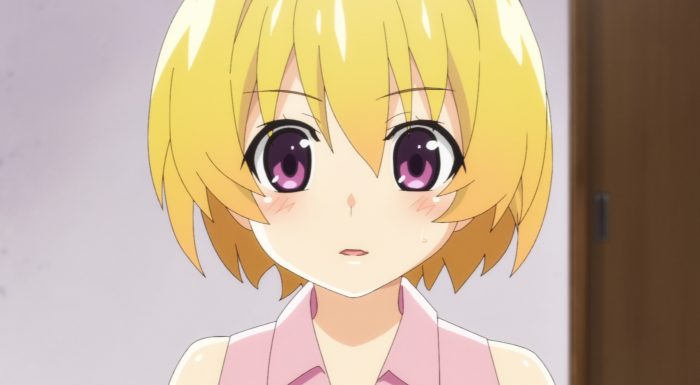 And off we go into another arc! Obviously this one is going to have a much more focused look at Satoko than the previous ones. Which is good since she’s been a somewhat mysterious figure through the first couple arcs. Somehow she’s ended up dead each time. This time around she should be pretty central even though that doesn’t mean she’s going to survive either. If nothing else we are learning more about her and that will be important to understanding things around her. Even though the overall mystery doesn’t seem any clearer than it did in the opening episodes. 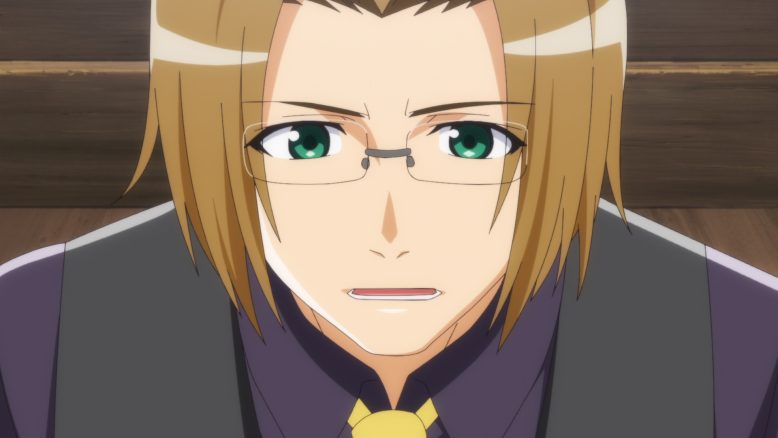 We’re definitely getting a good look at Satoko’s family structure. The nice thing is knowing she has a brother. A brother that is missing, but didn’t sound like a bad guy. The baseball team’s coach seemed to like him, Satoko seems to miss him, and no one had anything bad to say. Just that he’s…gone. In this series that could definitely mean he’s dead. All the more so since his disappearance is being talked about as if it is part of the murder/disappearance curse going on. Mion at least opening up to Keiichi more about it this time. Even though she did want to talk about it without Rena there. Probably for the best since Rena seemed very…off after that was mentioned. 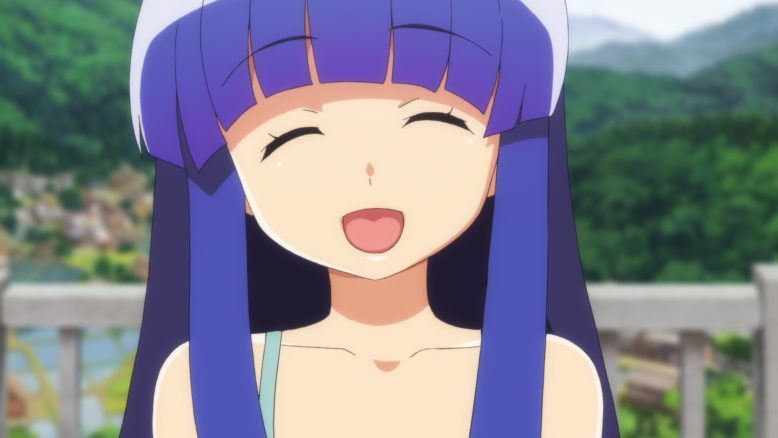 So clearly we’re pushing a kind of big brother role onto Keiichi. I choose also to never directly type up the terrible localization choice for ‘nii-nii’. I get it. Trying to come up with a cute and childish way to address her brother is hard. Subbing has a tough time in general with ‘onii-chan’ so can get they’d have a really hard time with that. Anyways, this is an interesting position for Keiichi who hasn’t been that close to Satoko. Some bickering and rivalry? Sure, but I didn’t think it had gotten to the stage of pseudo older brother. So this is a bit of a different setup, but one that makes sense. Satoko helped save Keiichi’s bacon here. Of course someone being totally insane and terrible in the kitchen can happen.

Certainly quite some effort was put in my Rika to help get things going in that direction. Not sure if she suggested they go see Keiichi or not, but she was definitely nudging Keiichi in this brotherly direction. Which I can understand in general. Satoko is pretty lonely and has shown moments of weakness. Giving her a bit of a helping hand would be a nice touch. 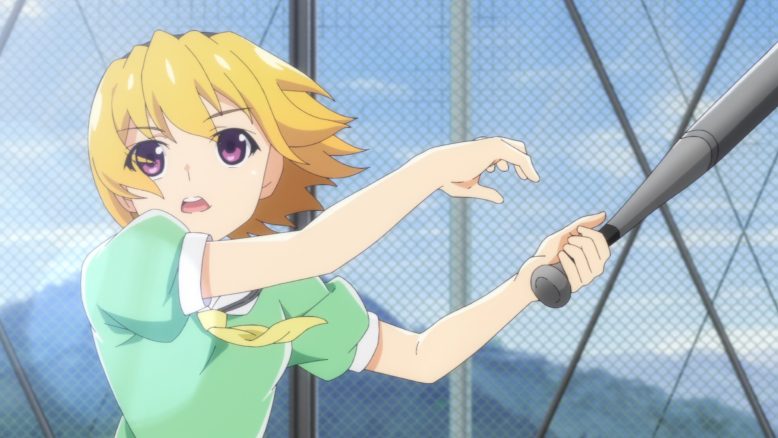 I do think Rena needs to work on her messages. If someone asks if it is club activities and it basically is…just roll with that. Let’s not exaggerate and say it is a serious battle. I’m going to hope it was Mion who told her to call him up like that. Regardless that was an embarrassing spectacle for Keiichi. Being summoned in such a way and showing up ready for a fight. Of course it’s a good thing there wasn’t a fight. Though it had to feel rather pointless to show up like this and have no purpose in being there. It did allow of course for the next scenes with him and Irie.

Really, Irie is an interesting individual. He’s a bit creepy in some ways, but doesn’t seem like a bad guy. Curious of course about the legal issues keeping him from adopting Satoko. Though I’m guessing from that ‘Uncle’ showing up that he’s part of it. While I worry a bit about Satoko if he ever did adopt her, it would have to be better than her current situation. You don’t even need to see the ED to know this guy isn’t her favourite person. Not that being rude to the landlady is itself criminal, but that Teppei guy is clearly all kinds of trouble. 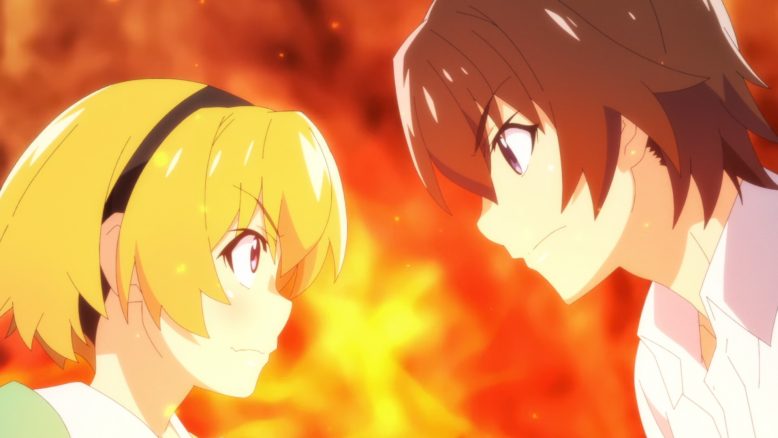 This was a pretty fun episode overall. As usual for Higurashi it starts off well enough. But it didn’t even make it through the episode before things started going off the rails. Next episode will undoubtedly have things getting much worse and we’ll see how it unfolds from there. 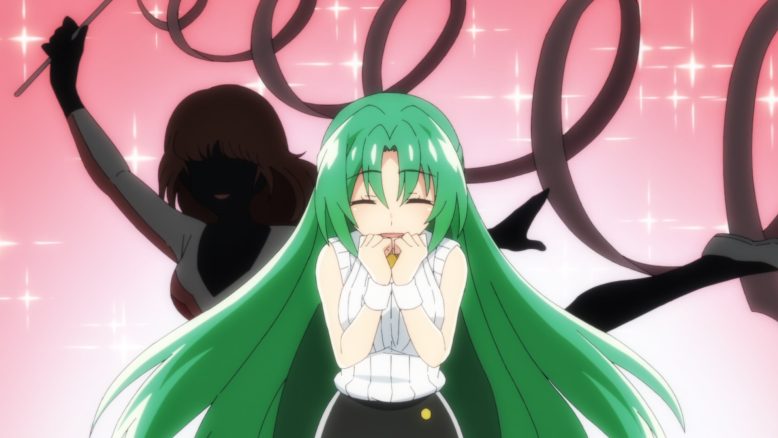 This episode honestly didn’t have too many things that threw me off. It was a pretty loyal adaptation in the early going. The Shion presence did make me think of Minagoroshi-hen in that respect. And it does pretty easily allow for Shion to be the one going nuts this time. Keiichi isn’t nearly as solid as he was in that arc and I can’t see him being able to stop Shion from losing it. Of course it isn’t a guarantee that things will go that way. It is possible they go right out there and have Satoko be the major danger here. After all when her syndrome has gotten bad we’ve seen the end result be it with her parents or Keiichi himself.

And there is the speculation going around that Satoko has somehow gotten caught up in this whole supernatural business and is looping herself. I’m not entirely sold on that since Rika is definitely still doing that herself. But, this arc would be the one to reveal something shocking like that with. If Satoko shows off some strange side of herself in the coming episodes that will have to be considered. 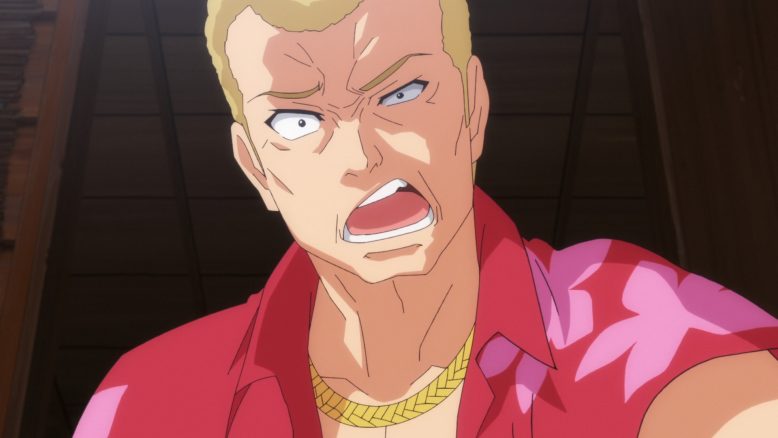 There isn’t that much here that I can think to go on about. It was pretty straight forward in most of the obvious ways. If there is something more going on and twists to be had then they will come later on. I’m curious to see what happens. Since this should mark the halfway point and the last of the question arcs. Let’s get through this and look ahead to the future!