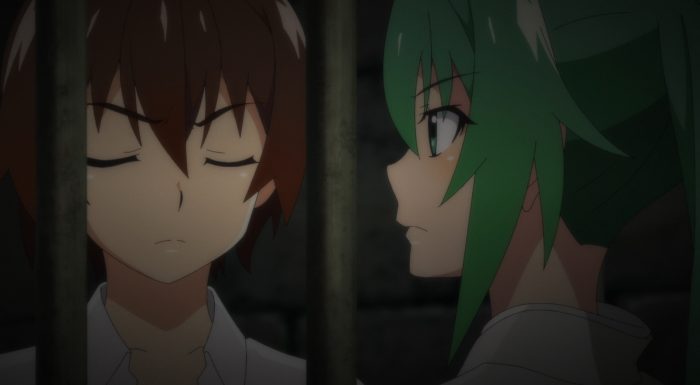 Things definitely got strange in this one. Didn’t quite end with the same overwhelming punch as the previous arc. But it certainly ends with a lot of questions. Doing a fair job putting people into the same shoes as Keiichi who is left utterly lost regarding how this has all played out. All he knows is that most of his friends are currently dead. I’m going to presume Rena is fine since she mostly kept her head down this arc and didn’t do much of anything in it. So she’s doing alright minus her friends mostly being dead…Honestly this arc ended in such a strange place that I’m not sure how to read it. 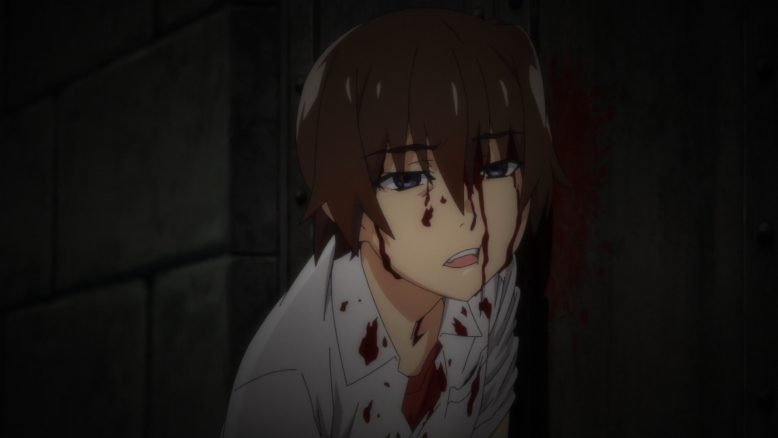 Keiichi is feeling the weight of this and for good reason. Just what was going on in the end? Did Mion kill a bunch of people? Did Shion pose as Mion and kill a bunch of people? Did someone else go around killing a bunch of people? And what was up with the mysterious guys raiding the Sonozaki family at the end of the episode? The same people that were clearing out the clinic when Keiichi went to check it out previously. It’s just weird and we’re not sure what is going on. Outside of ‘Mion’ shaking that ladder…no one really threatened Keiichi in this arc. Rika acted strange, but she wasn’t threatening to kill him or anything. His most serious injuries came from trying to break down a steel door…with his skull. Not Keiichi’s brightest moment here. 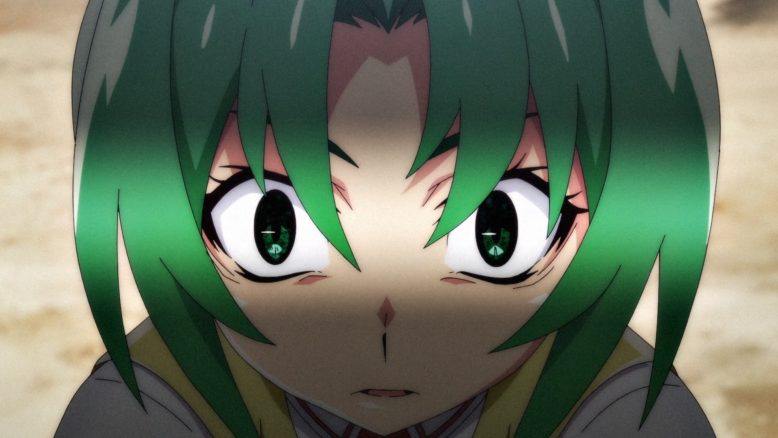 Thank goodness Mion didn’t appear to want to kill Keiichi since he was rather stupid in this episode. Ignoring cracking his skull open in the most reckless breaking down a door scene ever…he just made several careless choices. Mion gave him no reason to actually leave his home to go and meet her. But sure, he goes out to see her a relatively short time since the ladder scene. Then he walks to her house without even suggesting going to his. Not that he’s safe in his own home or anything, but I’d tend to go with home field advantage over going to a yazuka mansion. And then after Mion talked about keeping him down there for a while…he walks in front of the open doorway! Forget shoving him in, Mion should have just let him trip over his own feet into the cell.

So much isn’t certain right now. We have Mion talking about the deaths being coincidental until things spiraled out of control. But, we still don’t know exactly who was doing that. All we know is that Mion was convinced of it and someone clearly came after her later. Although I’m not sure why Satoko was at the Sonozaki mansion in the first place. She shouldn’t have much reason to go there. I doubt we’re going some route of evil Satoko here since there wasn’t nearly enough in this arc to support that. So, yeah I’m legit unsure where this is all going. 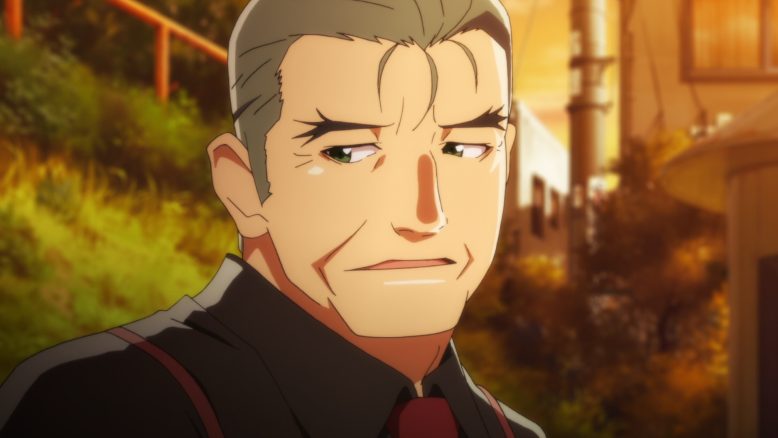 This was a pretty darn good episode though. I’m still not sure what it all meant, but that’s alright since there is plenty of show left to start giving us some answers. For now we just have another piece to consider when it comes to the dark side of this village and in particular the Sonozaki clan. Questions remains as to who killed those people and threw them into the well. But for now we can only speculate. As usual I’ll speculate a bit more from an original anime point of view down below, so thanks again for reading this far. 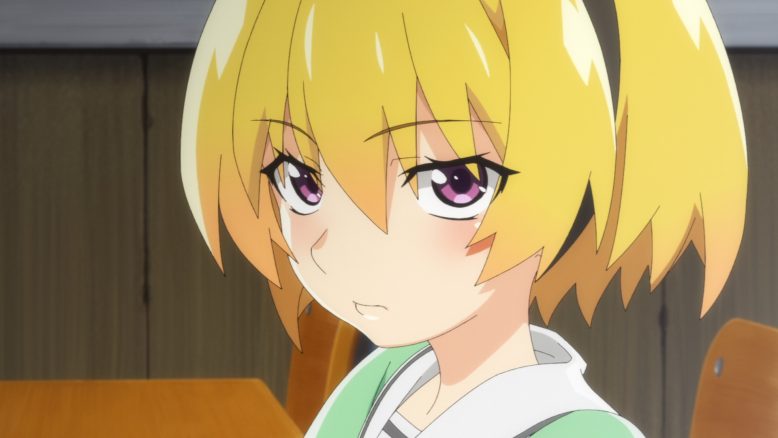 This is all pretty darn weird though. Satoko calling out Keiichi for being with Rika last is a bit odd. Since she was also there and he should have left to go play with her anyways. The mysterious guy that Mion talked about could be a member of the Yamainu. But in that sense I’m not sure what is going on there. I’m not sure Mion needed to call out anyone if she was the one that killed Rika. I guess if she wanted to protect him that was one thing. But then I’m not sure she would have mentioned someone that almost perfectly captures the description of the Yamainu.

In the end the death of Rika is hard to read. Rika herself wasn’t even trying to do anything this arc so it seems odd that she’d be targeted now. Of course if someone saw her as a threat even if she wasn’t one then that would make some sense. Not the first time Rika’s been seen as dangerous due to being the head of the Furude family even though she’s a kid without any real power beyond that historical prestige. 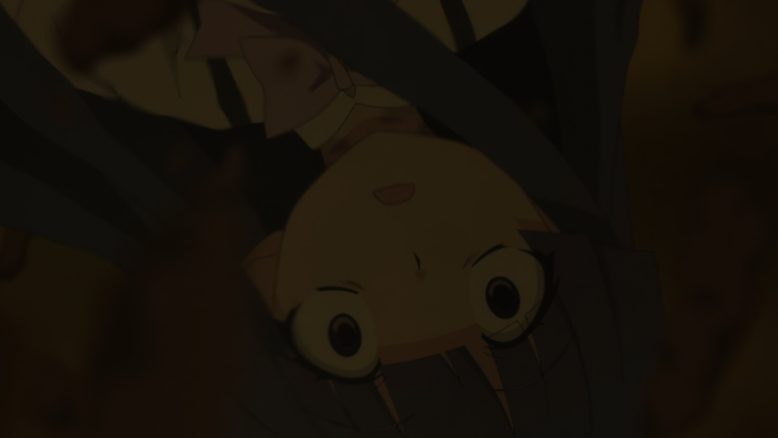 The deaths in general are hard to read. How much can be trusted and how much of them are set to look like something they aren’t? Did Mion/Shion actually start scratching their neck near the time of death? We didn’t see that while she was with Keiichi. The gun that was with her and Satoko didn’t look like the one she took either. Besides if the Yamainu were there why would Mion be having a chat 1 on 1 with Satoko at that point? I’m just not sure what was going on there. Did they bring Satoko there and execute them both? If so, then why? Why are the Yamainu going after Mion anyways? While Mion might be getting out of hand, it doesn’t seem worth their time to go after her specifically? Were they unrelated to Rika’s death and just showed up there to try and find her? 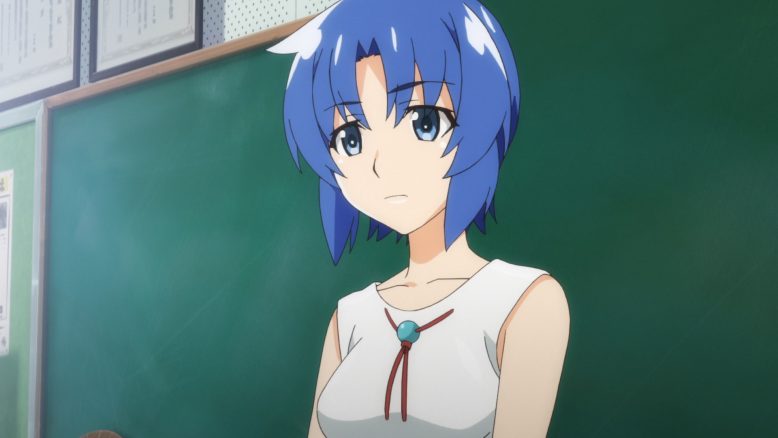 Heck, we still haven’t seen any signs that something is going on after Rika’s death. No visuals of the massacre yet. Though that may not happen until the end of the next arc. I’m just really unsure where this is all going right now. Who is the main threat in this arc even? Did they break the rules and have Mion lose it? I don’t know. Maybe that’s the point to make things feel as utterly baffling as the first time through Higurashi. I just hope that whatever we’re doing here is going to be worth putting these characters through the gauntlet again.

This wasn’t as ‘holy smokes’ as Rena losing it and trying to kill Keiichi. But it was a solid mystery and one that leaves you speculating quite a bit. Fingers crossed we get some answers sooner than later. But I don’t expect anything like that for another month at least while we tackle the next arc.