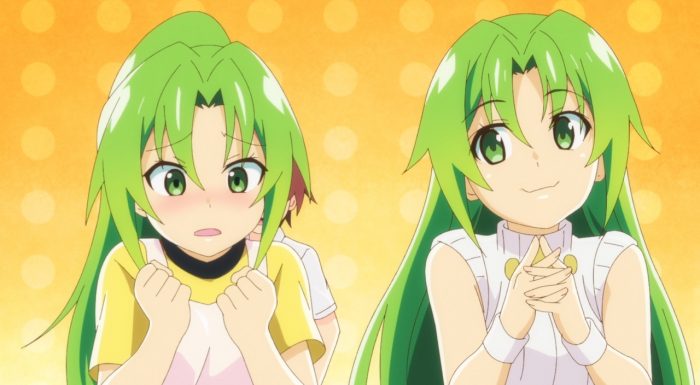 Well I’m sure this visit into a forbidden storehouse will turn out perfectly fine. I think Keiichi might need to work on holding his ground rather than letting a suspicious group pressure him into doing something that will likely get him into some kind of trouble. But, such is how it goes. He’s gotten on this ride and there’s no getting off now. At least he was basically forced to register that Mion and Shion are indeed two separate people. Something that was likely, but you just couldn’t be sure until they actually showed up in the same place at the same time. 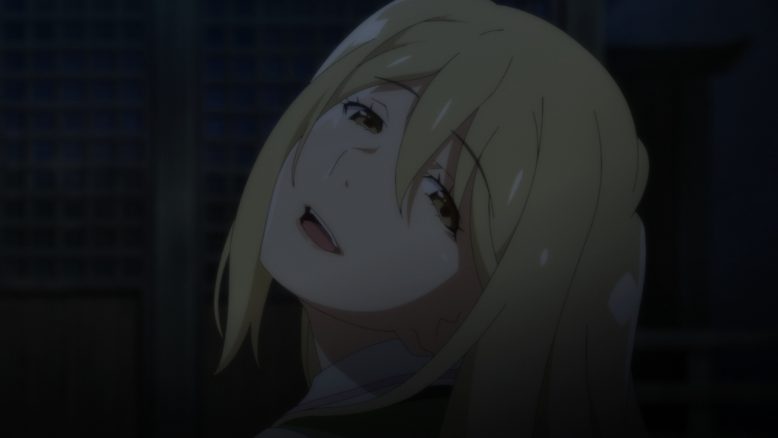 I’m really curious what Shion is going for here. Did she just happen to fall for this guy in a hurry? Or is she just trying to mess with her sister for some reason or another? Hard to say, but she’s definitely trying to do something here. Possible when it comes to that storehouse trip that she was just lonely and didn’t want to go in there with just two adults. Even if she does seem to get along just fine with Takano and Tomitake. The downside to all of this is that these two are hanging out with people that just straight up went missing the previous arc. Not exactly something you want to think about. But I really don’t want Keiichi to be hanging out with that kind of group all things considered. We can only hope he gets out of this and gets back to the festival. 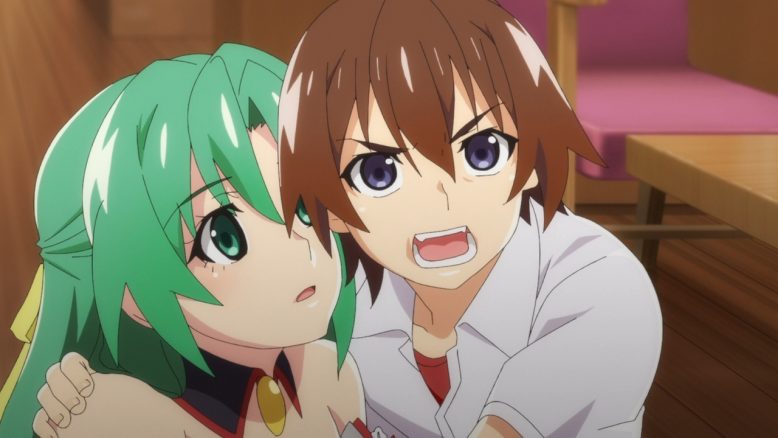 This episode did help give Keiichi a better impression of Hinamizawa anyways. A town uniting against a defined threat and having each other’s backs is a nice thing. Of course it is backed by everyone looking insanely intense and frightening so there is that, but in theory it is nice. Understandable that the whole village would stand together and want to avoid having to leave their homes before they got washed under water. While I wouldn’t support things devolving into violence and murder though. But that isn’t necessarily on everyone. There is a theory put forward in this episode that the village has some kind of agreed upon killing plan in order here. But who knows for sure? After all that priest they talk about was supporting the village right? Would there be any reason to get rid of him?

Good to see Keiichi trying to do his thing and step up when the time comes. Nothing wrong with attempting to back up Shion there when that customer was getting way too…much. That place has some pretty poor policies in terms of protecting their workers if they are ok with someone acting like that. Tripping your waitresses and expecting them to clean up messes on a customer’s body is really pushing it. Unfortunately for a jerk he was still strong enough to knock Keiichi around. I guess if he’s not in a life or death situation he isn’t quite going to be able to handle a person like that. 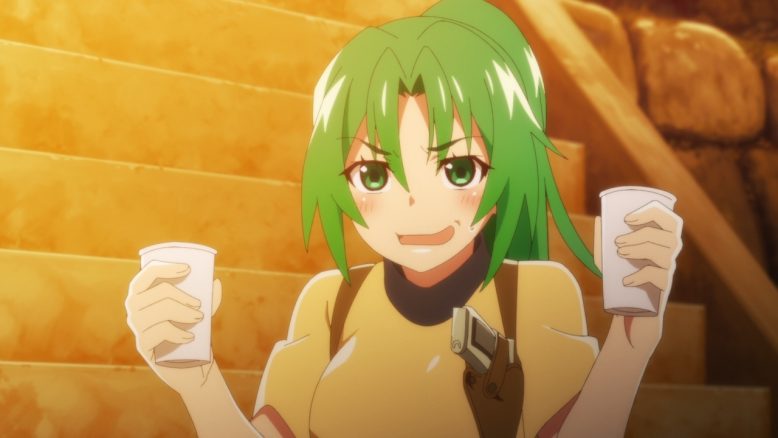 This episode was pretty slow overall. Just building up the connection between Keiichi and Shion. It did have a few moments with him and Mion as well, but she was mostly in a back seat situation. They did reveal that she was the one that brought him food under the guise of Shion. But hard to say if she was pretending to be her at any other times besides that. At the very least I can’t see her doing that more going forward with how Shion seems to be getting in her way right now. There’s no doubt that Mion has an interest in Keiichi, but she’s not nearly as forward about it. The difficulty for Shion to mess her up is low. Shion knows what buttons to push and does so without mercy. You have to wonder what’s gone on between those two.

Regardless, this was another solid episode. The mystery builds and you can feel things about to start going down the wrong road here. Will as usual just work through a few thoughts from the perspective of someone that saw the original series below this point. But appreciate everyone reading my thoughts on this one up to here. 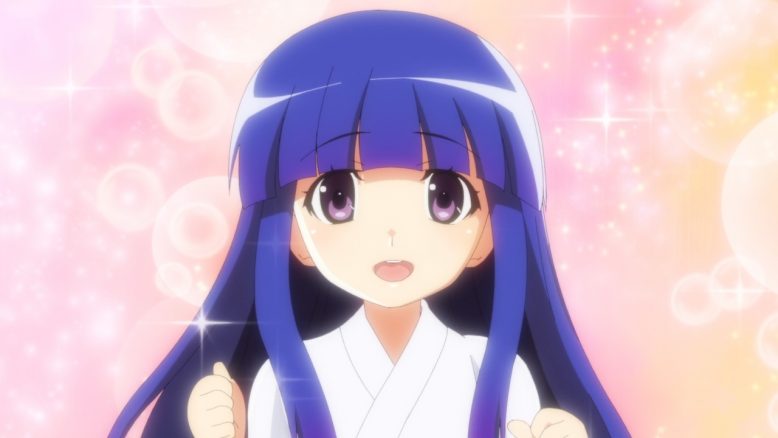 Honestly, I’m mostly just curious what Rika is up to. So far it just feels like she’s taking steps to try and avoid her friends going crazy. Now that’s a good thing, there’s no getting around that. And we’re probably limited by only sticking with Keiichi to not see what else she’s doing besides this. But the goal here is to stop Takano. Of course having her friends safe, healthy, and sane is a major element and something she also needs to accomplish to reach the goal that she has set out for herself. But if she can’t stop Takano then there isn’t any point here. Unless she’s actually getting a lot of work done behind the scenes and all she has to do is take care of her friends for a winning scenario. But we’ll have to wait and see. For now we’re locked in with Keiichi’s perspective. 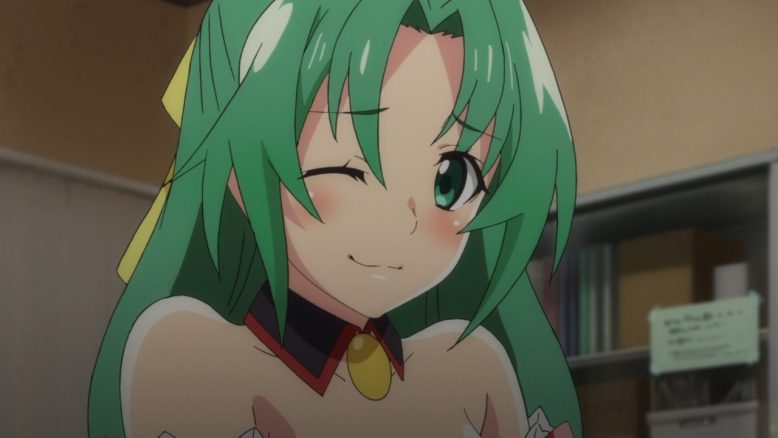 No idea either how they plan on handling things with Mion and Shion. I really honestly hope that they won’t try to defy expectations by having Mion be the one to go terminal. Changing things and throwing viewers off is fine. But Mion never loses it. That is a defining characteristic for her. She may get hurt, upset, and emotional, but she has strong faith in her friends and is rock solid. Having her go crazy just to shock us and make us go “oh wow it wasn’t Shion this time” just feels weak. It’s not much of a twist when that’s the twist you expect since you expect a twist period.

The most they could do to really surprise would be to play it straight with Shion going crazy but have it come from an unexpected source. Or maybe go beyond the usual friendship circle and have someone else go terminal that throws everything into disarray. Either way I hope they don’t go there with Mion. 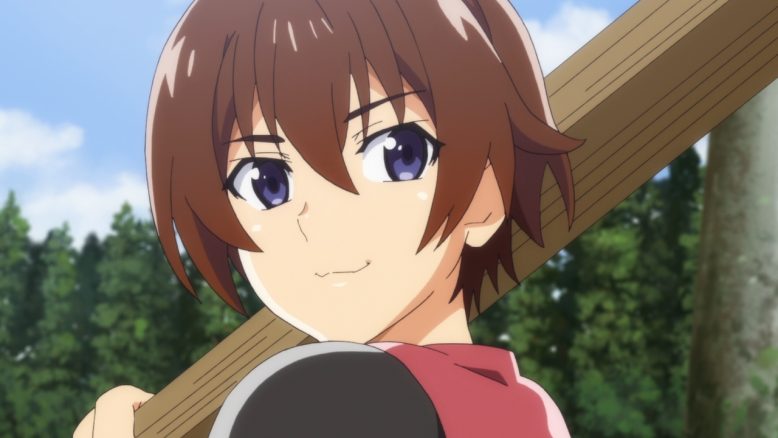 This was still another good episode. It wasn’t as exciting as others since it was just setting things up. There are a lot of questions in terms of how things will unfold and why. Questions about the role of the dolls (now another one that Keiichi bought for Shion entering the picture), but questions that won’t be resolved quickly. We’ve still got a few episodes to go before this arc hits whatever climax it is setting up to. Fingers crossed they will get it done right.