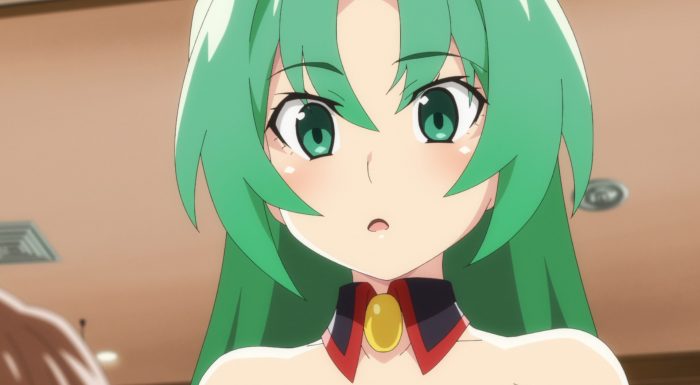 Well we are back to it again with this show. An obvious reveal here being that the story is resuming with everyone still alive. Why, how, and what it means remaining a mystery. But for the time being the main cast are effectively starting over again with different events to be explored. This time we’re not following Rena to a dumpsite to find ‘treasures’ but instead focusing on Mion this time around. At least it appears that way from the first episode. The name drop of a Shion being thrown out there. Her existence is unlikely to be a lie considering the ED did show two girls that look like Mion. The question of course is when are we seeing one or seeing the other? Probably easiest to run with whoever the girl in question says she is, but I can’t imagine that’s the case 100% of the time. 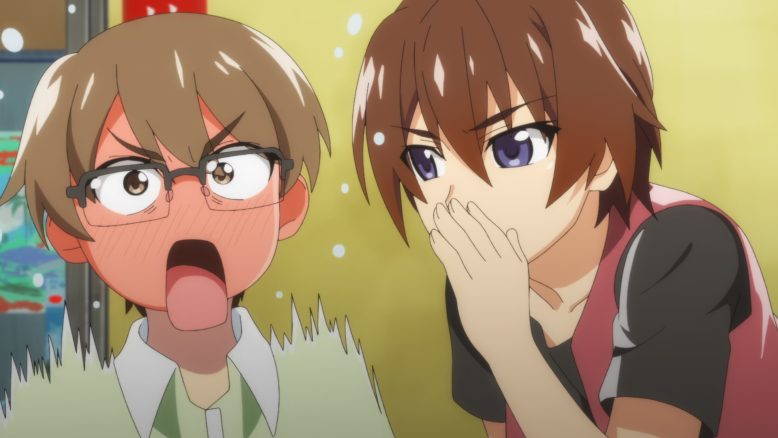 We did get to see a wonderful look at Keiichi’s persuasiveness here. True enough that when push came to shove he could find a way to win even a game of random chance. Entirely through bribery! Not exactly a pure way of getting what he wanted…but hey it worked. I can’t exactly blame those guys for taking a deal that could get them a crazy good moment with the girls they are interested in. And it isn’t exactly like Keiichi himself hasn’t been put through some weird moments through these losing penalties. So the girls wouldn’t have been able to complain about it either. That’s presuming of course that he intended to honor his deals. A pretty standard thing for these characters is how they win these games by whatever means necessary. No reason to simply follow the rules… 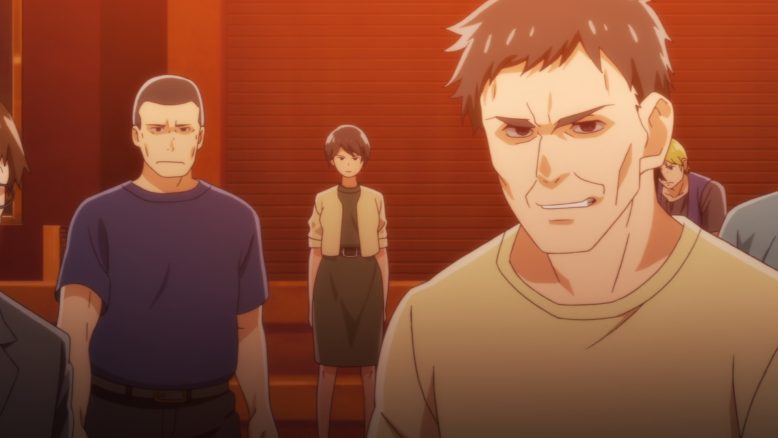 Maybe the most interesting scene there was near the end. Seeing Mion/Shion and those people approaching those ‘punks’ like they were out for blood was pretty chilling. This whole area is full of intensity. Of course it helped Keiichi out this time around. He was going to be in a bad spot if those guys hadn’t been stopped. I do get being upset if something you own gets knocked around or damaged. But yeah, there’s no question those guys were going ridiculously overboard against a kid. At most their bikes got a bit scratched up. Plus I think they’ll have plenty of nightmares anyways when it comes to all those people approaching them like they are serial killers.

A good reminder this week not to judge people by their covers. Those villagers would seem pretty peaceful, but that kind of thing can also happen. We’ve seen the darkness that may be under the surface with Rena. And fair enough that there may be a lot going on with Satoko, Rika, and Mion. Though the nicest one seems to be with Satoko who at most is hiding a needy kid that wants to be pampered. Which probably isn’t going to happen if she keeps wrecking everyone’s cooking projects… 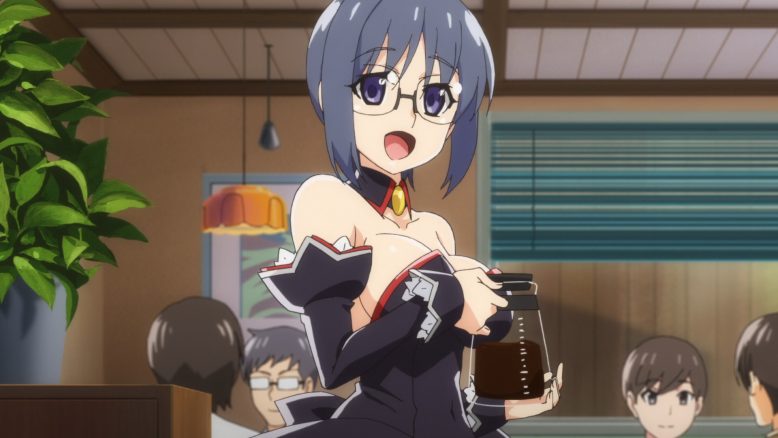 I guess we’ll just have to roll with everyone drooling over these waitresses. Although Keiichi might want to remind his dad that he’s still married and if he wants to stay that way that his eyes should probably not be leering at young waitresses. No doubt that restaurant was important here to start up the plot with Mion. Whether the girl we met was Mion or Shion, what matters is the impact this had on Keiichi. It lets him see Mion in a different light than normal. And it also raises some excellent questions. If Mion has a sister why haven’t we seen her before now? Why isn’t she attending what appears to be the only school for that village?

Mysteries are everywhere and this was another strong episode. As usual I’ll be trying to figure things out from an original anime viewer angle below this point. Appreciate as always everyone who are only reading the first part of these. I can’t wait to see how things are going to play out from here! 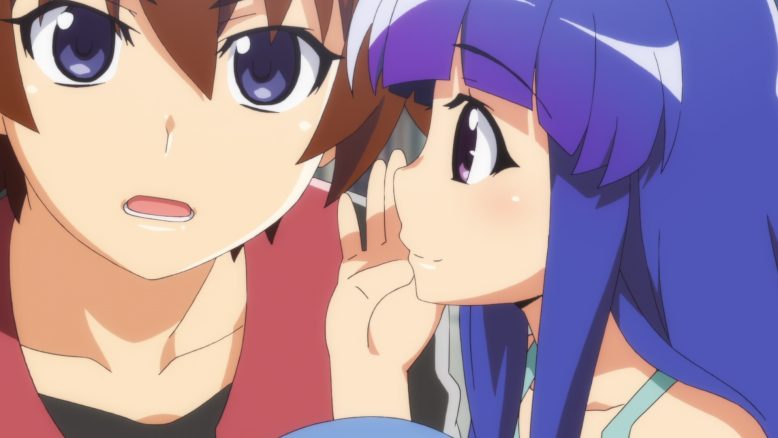 Well this was interesting in a variety of ways. They decided to cut out the shocking intro this time around. I guess because these sequel arcs are different and they wouldn’t line up properly anyways. There’s little point in showing off something shocking like what happens with Rika if that isn’t going to actually happen this time. Of course that opens up just about anything else to happen which is stressful in its own way.

Clearly Rika is still trying to make subtle adjustments. She knows that it is possible to take action and for small gestures to spark bigger changes. So thankfully she did make the push for Keiichi to give the doll to Mion. Of course as we saw from the last arc, that likely won’t stop something terrible from happening. Giving Mion the doll should stop Shion from spiraling out of control. But something else might happen behind the scenes to send events into chaos. Mion might break the rules entirely by losing it for some reason. Rena could still be a factor even though she shouldn’t be a threat here. There’s just no telling what might happen since we don’t know why this is still happening or who/what may be interfering with Rika. 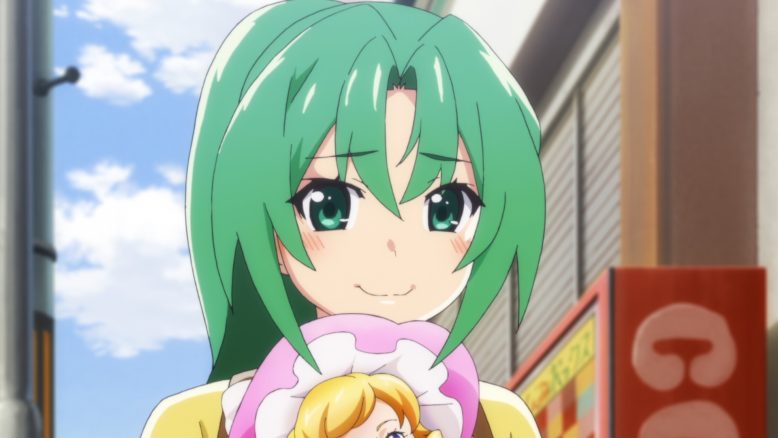 A weird thing was the game changing. It turning into this tournament event instead of the other possibility. That game was so locked in stone that Rika knew instinctively who would be sitting where. So how come it turned out like this? Did Rika try to have that changed? Or is someone else changing the rules (besides the writer)? I’m not sure, but it is something to be on edge about.

I’m not sure what might happen here besides the general path of the Mion/Shion arc from the original. Keiichi will see Takano/Tomitake heading into the shrine, things will spiral into this conspiracy, and then…torment. But someone is being tricked here. Be it us or the characters I’m not sure. But things won’t just play out the exact same way. There is no question that it will end in tragedy though. 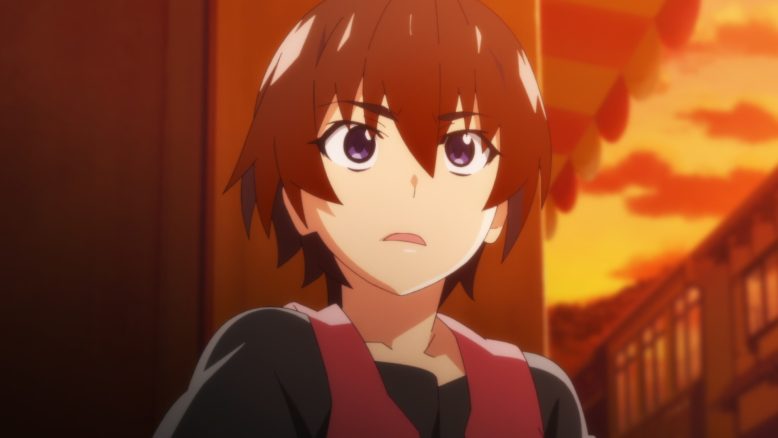 This was another good episode. It has those fun and silly moments that you need in Higurashi. The doom is coming though and we know it. Very nervous about just how this will go down. Honestly I hope we get a few hints about why these events are playing out the way they are. Rika should be able to avoid the worst case scenario and yet this is still happening.