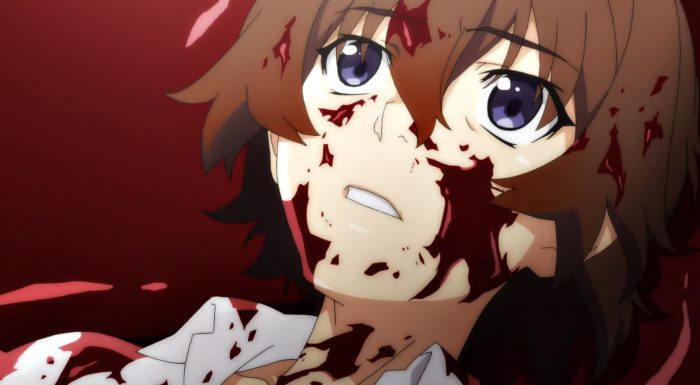 Well to say things got intense there would be a pretty severe understatement. Things just spiraled out of control in a hurry there. And the ending was just a lot to take in. Everything was building up to a certain direction and you really felt as if there was a positive breakthrough. And yet it just didn’t work that way out at all. Instead it lead to an utterly tragic event. Even if some parts were pushing the realm of believability there. Part of me wants to give full props to Keiichi’s determination to stay alive. But another part of me can’t believe he was still able to keep going after being stabbed dozens of times and losing that much blood. 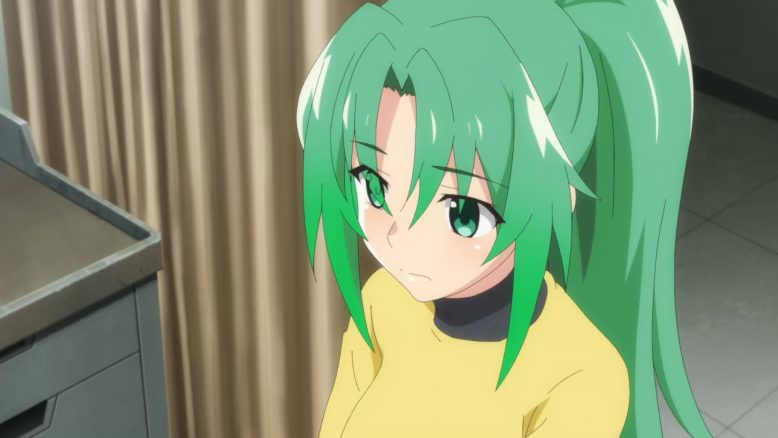 What a day for Keiichi though. He was really seeing Rena in an increasingly dark light. And yet that was apparently proved to be right. She was downright crazed by the end of this episode. That girl was clawing away at her neck, bringing a series of murder tools to Keiichi’s place, and just going after him like she was possessed. I have no idea how she didn’t kill Keiichi at that point in all honesty. Even taking heavy blows to the skull barely slowed her down. Eventually they did of course so long as we can trust the statements from Mion that Rena didn’t survive. But it really was a tragedy right there. Keiichi considered himself in the wrong for not trusting her enough and yet…this all happened. 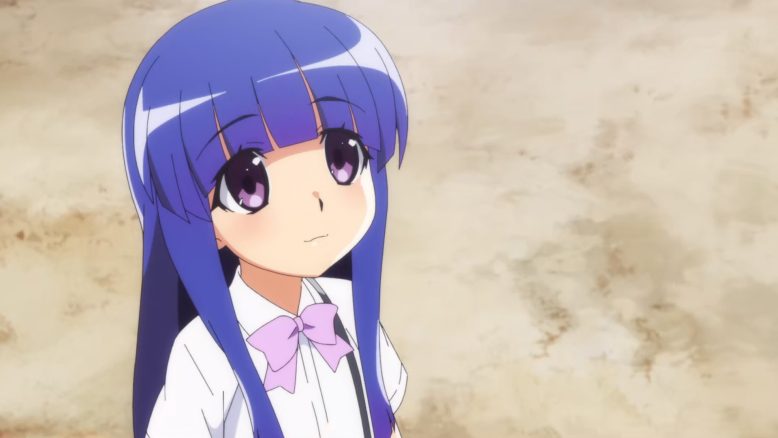 Rika coming forward was a bit uneasy, but a nice scene. Trying to cool Keiichi down a bit and make him be a bit more rational. Since rationally there was a point to be made that Rena could have been acting fairly normal and he was blowing things out of proportion. Of course the results speak for themselves. So can’t say he was wrong to be afraid when she was going to end up doing such a thing. On top of that she herself ended up dead. Who killed her and why is a massive question that the episode had no answers to. Suicide? Hard to see either of those girls doing such a thing. But it was hard to see what happened with Keiichi and Rena happening. Anything is on the table right now it seems. 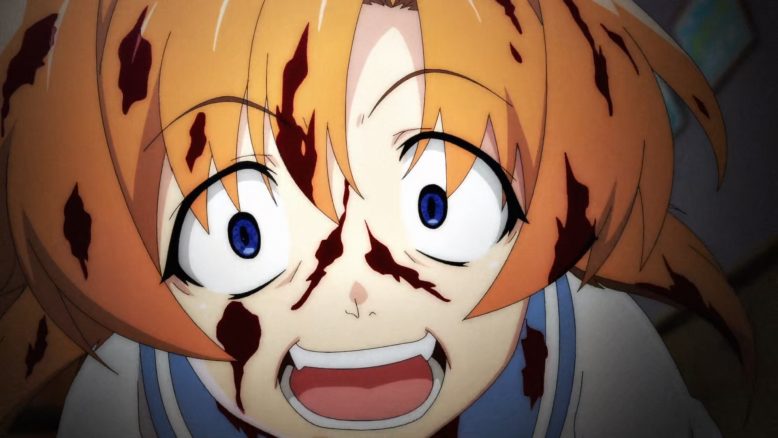 The whole scene with Keiichi and Rena dominated this episode as much as the shocking conclusion to it. Doesn’t seem like things worked out for Keiichi. But hey, he’s in a hospital so he’s got some hope. The whole attack scene was intense to put it lightly. Keiichi being chased around, trying to defend himself, taking hits, and eventually just getting stabbed multiple times. There was barely any time to try and get into Rena’s head or understand her motivations. It didn’t seem to be an attack fuelled by hatred and malice. But she was definitely acting in a bizarre manner. 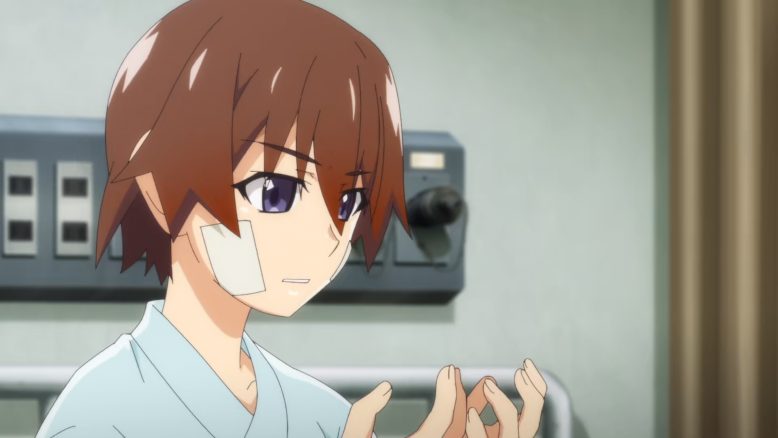 This episode as all kinds of shocking. How did things turn out like this? Why did they turn out like this? I don’t know. But this return to Higurashi hasn’t lacked shock value and mystery. Here’s hoping the next episode gives some answers. But when it comes to this franchise I fully expect to get more questions before we get any answers. Again will be talking a bit more of this from my perspective of seeing the original series below. But appreciate everyone watching for the first time reading what I had to say on this episode to this point. 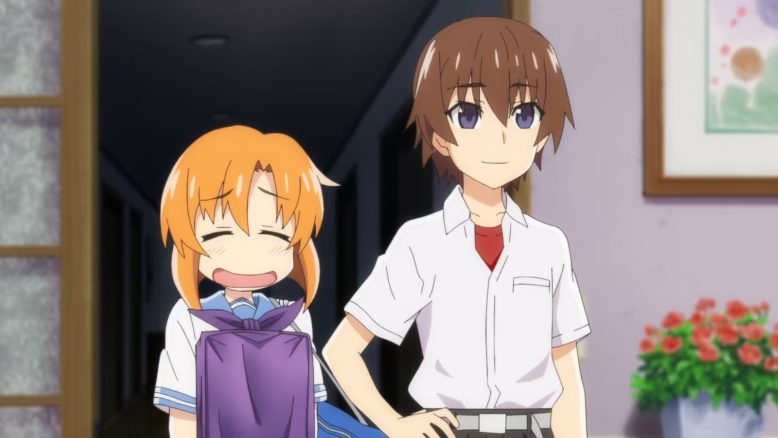 This is one time that I’ve definitely got to react to what was going on here from an original viewer’s point of view.

That definitely didn’t play out as expected. Which I suppose is part of the point, but it definitely left things in a shocking place. Things have gotten another level harder if this is going to be a pattern. It’s already a lot to ask of any of the characters to overcome their own weaknesses here. Avoiding just being a killer is incredibly hard. But now we’ve got to worry that someone else is actually losing it at the same time? It was a miracle itself for Keiichi to stay firm and not give in. But his reward for overcoming himself was to actually face a legitimate terror trying to kill him. He was definitely paranoid to some degree and heading down that road again. But it wasn’t entirely paranoia since Rena was suffering herself. Likely Rena went through her own arc behind the scenes. 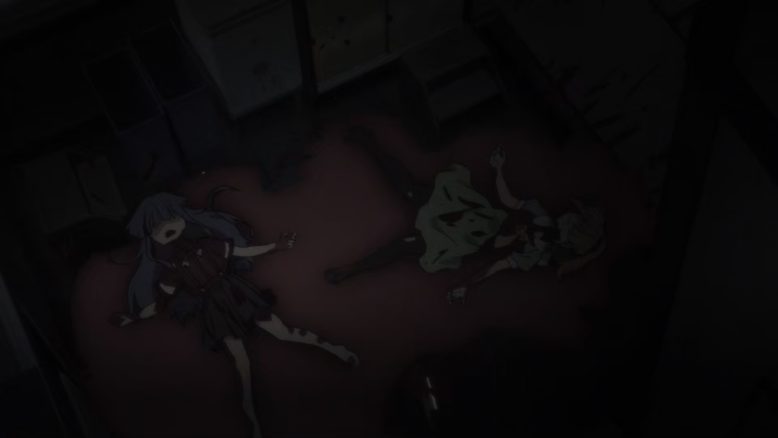 I don’t know what they are going to do going forward here. Presuming we are heading into the Mion related arc next it could really go any direction. Shion is a given, but what if Keiichi or Rena again start losing it? Heck, if this is all about going against expectations and deception it could legitimately be Mion that loses it even though that would really be going against the rules of Hinamizawa.

But I guess the lesson is that nothing ever goes well. Rika while playing it way too casually to that point did manage to help Keiichi get a grip on himself. Putting his faith back in his friends. And the end result was tragedy. Who killed Rika and Satoko? Was it Rena? The bodies were found the next day, but it is possible she killed them before going after Keiichi. I can’t imagine it was Takano and company. They would have made a much more public showing of it. Not to mention the whole plot that would kick in after Rika died. Are we looking at a new individual entering the picture? So much that I just don’t get. Nice that we are getting some mysteries, but I’m utterly lost as to what has changed here. 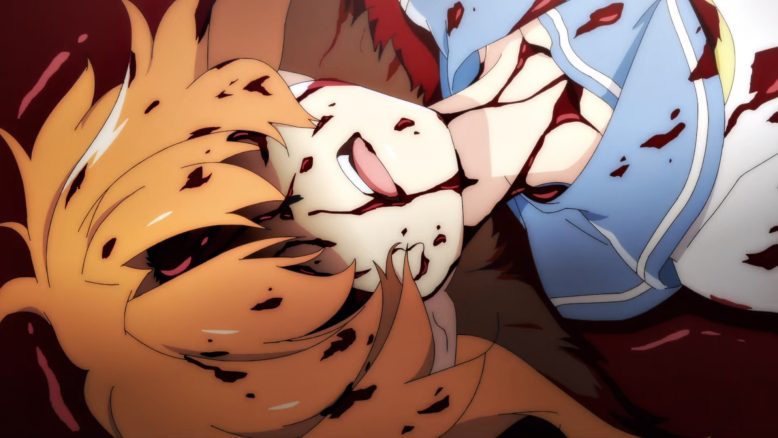 Not to mention, what is up with the clinic? Being remodeled is obviously BS, but what is the truth then? This would be a weird time for the clinic to be shut down. At this point Takano should be kicking her plans into overdrive. Heck we didn’t even get to see Irie this time around. It doesn’t make a lot of sense either that Mion could so easily go and visit Keiichi. Shouldn’t Rika’s death have fired everything into chaos mode? She wasn’t dead so long that it would have prevented those plans from starting up. A lot of weird stuff is going on here.

This was a good episode, but I’m left unsure what to think right now.