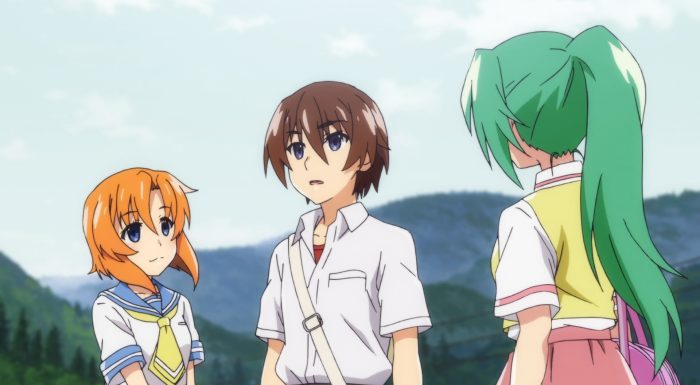 So yeah, apparently I was a bit off with my expectations for this one. This isn’t exactly a remake of the original show/visual novel. Part of me is conflicted for the sake of those who did go into this fresh expecting a remake. Since it was being portrayed leading up to and into the first episode as just that. For me it isn’t a huge hit since it leaves the original story in place and that was really well done. There’s no conflict of whether I should prefer this or the original since they are different. But even just anyone jumping into episode 2 here without having seen that series is going to be in a trickier spot. One of those moments that makes me want to say “maybe just watch the original show first.”

But obviously people can certainly try to start here. They’ll probably explain things well enough as we go along. It’s just a different kind of mystery and not the original story. Which may not matter to those starting fresh since this will be new stuff to them anyways. It won’t be the same kind of thing as it was for those watching the original story or reading the visual novel. I’m curious to see how many are happy to take this show as it is and how many want to go and check out the original before going any further. 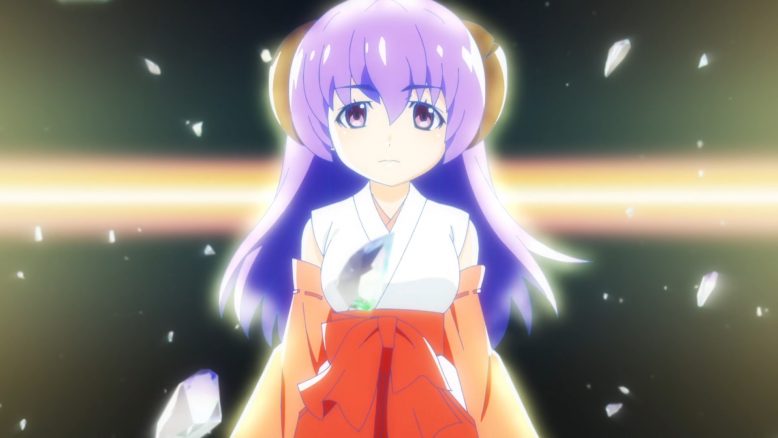 This honestly makes the show a mountain-sized of difficulty to talk about. If it was just a remake then leaving the original behind and just focusing on this would be natural. But at the very least it is some kind of sequel. So the original feels like fair game. But, can’t just blow it wide open for everyone who is coming into this fresh. So, I might have to get a bit more creative with this. Will try to keep the first part of this review just focusing on what we get here. And then I’m going all in for the second half so anyone wanting to avoid original series discussion can pass right past that to comment or bail out. I’ll have to figure out a good comment policy since can’t split that into new viewer and experienced viewer. Will keep comments on this show for now.

We might as well tackle an interesting thing this episode reveals. Rika is way more important than even the first episode would have implied. That scene at the end of last week was nothing compared to the opening minutes of this one. Safe to say that she’s been through quite a bit. 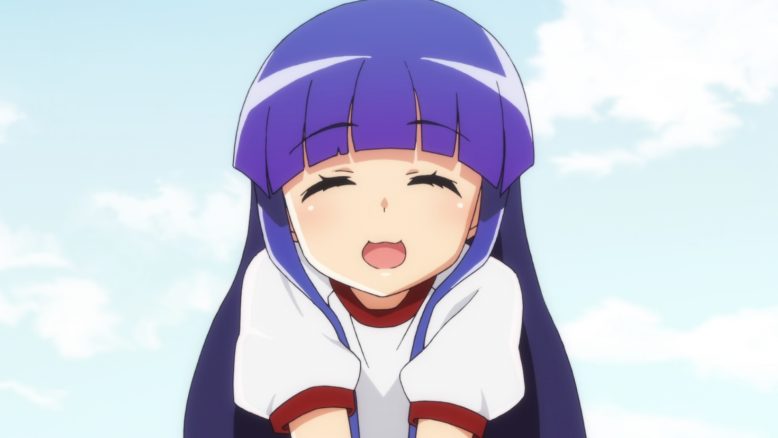 So, plenty going on in this episode to be sure. We got another nice mix of light and fun moments accompanied by some tension. There is just a sense of unease with interactions that doesn’t quite let you relax. You have honestly a nice little romantic thing blossoming between Keiichi and Rena, but at the same time…there’s tension. Small moments of Rena reacting in ways that freaks Keiichi out just a bit. And times where she is just looking off into the distance like she isn’t all there. It’s just very uncomfortable in a good way.

We still get very cute moments too. The tag game was a lot of fun even if it was a bit short. The show seems to be pacing itself pretty swiftly. Some good trickery from Mion pretending to be a zombie to Keiichi trying to set people up to get caught to keep himself safe. Even just the festival scenes were good fun with how everyone was having a great time being downright ridiculous. 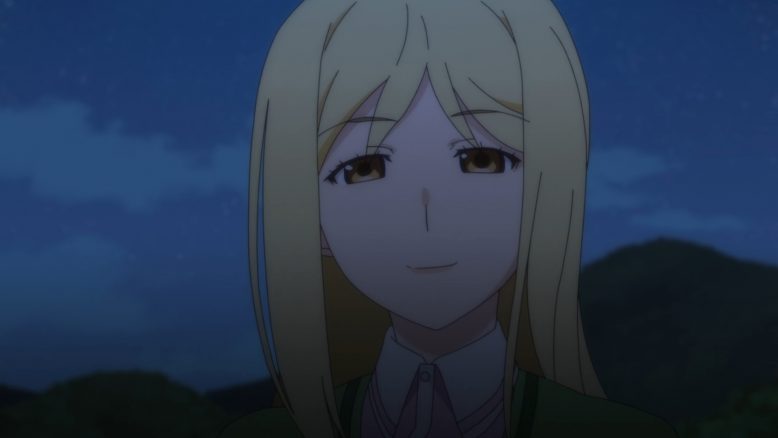 Rika’s dance was really well animated. They really let this go on. The tension was there and what time they didn’t spend on scenes like the tag game really seemed to go right to this. You can feel how big a deal this festival is to Hinamizawa. There’s just a lot of silence while Rika is going at it. They let the episode end with her doing her thing along with a mysterious figure that is meeting up with Tomitake. And in that sense they are keeping the mystery up right now. Who is this mysterious apparent girlfriend? Maybe we’ll find out next week.

Overall this episode was pretty effective. The tone was set and we had a lot of mystery. That whole initial scene with Rika was pretty darn out there. Who is that person she’s talking with, what has been going on with Rika, the questions are numerous and piled up. In that sense they are still handling this like a show that isn’t just for people who have seen the original. But it’s really hard to know how good this is for new people. It was tough when I thought it was a pure remake. Now it’s a sequel that is kind of trying to appeal to new viewers. Anyways from here on is more “perspective from someone who saw the original series.” 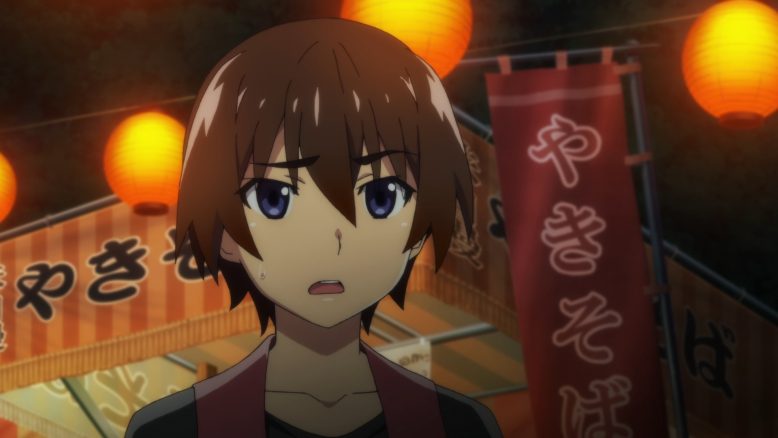 What the heck is going on!? I’m legitimately needing to unleash my thoughts in this section. There will be no restraints here. Did the grand victory to end the previous series still end in tragedy? Why!? They did it! They rocked Takano, they shut down the conspiracies, and they saved everyone they could save. How the heck did this happen? Now it isn’t guaranteed that Rika died, but…she wouldn’t be here if she didn’t right? This is just bad if that’s the case though. Hanyuu is not in a good spot right now and is more of a faded entity than the person she used to be. It took absolutely everything to stop the tragedy last time. How the heck can they pull that off again? It just doesn’t seem possible. 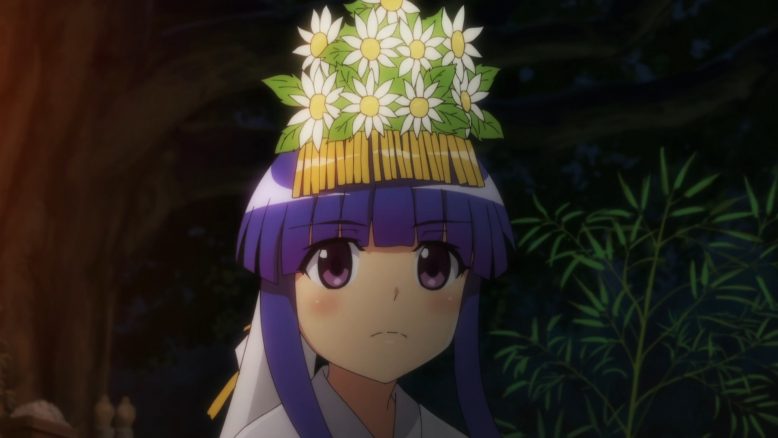 On that note, what is Rika doing? Why is she taking this loop so casually? She doesn’t seem to be trying to save Tomitake and instead seems resigned to letting him head off to his death. Is she just taking a pass this time around? She doesn’t know what is going on so instead of running around she’s just letting it play out and seeing what happens? I suppose there’s some logic to that, but it seems weird. Rika should know by now that confiding in her friends is the only hope she’s got. Keiichi is having the same flashes that he had in previous arcs that helped keep him from losing his mind before. I’m just not sure what is going on right now or how it can work out.

Regardless, it is nice to see Rika again. Fairly timely as well with the latest season of Re:Zero ending. Subaru may be a character that has seen some stuff, but Furude Rika made returning from death to a save point cool well before he was doing it. Of course I feel bad for her since she’s already suffered for over a century and yet she has to pick up and carry on again. 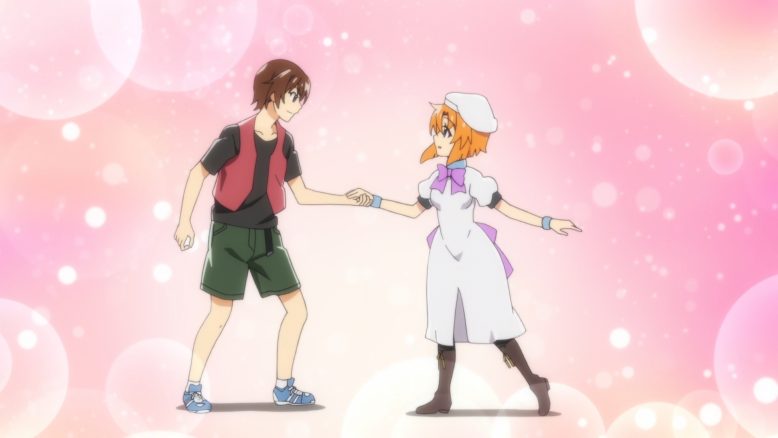 My biggest question comes from the title of the arc. The Demon Deceiving Chapter…who is being deceived here? Is it us? Regardless they did a good job of trolling everyone. Using the old OP and handling the episode as they did make it feel like a full blown remake. But that isn’t it. At least it is absolutely some kind of sequel. So far Keiichi remains the main character even though he isn’t exactly the lead of the franchise. Are we going to get all the tragic arcs retold in different ways again before it turns around? No idea. It isn’t a straight forward sequel since they were hiding that it was one up to this moment. So we’ll have to see what episode 3 brings. 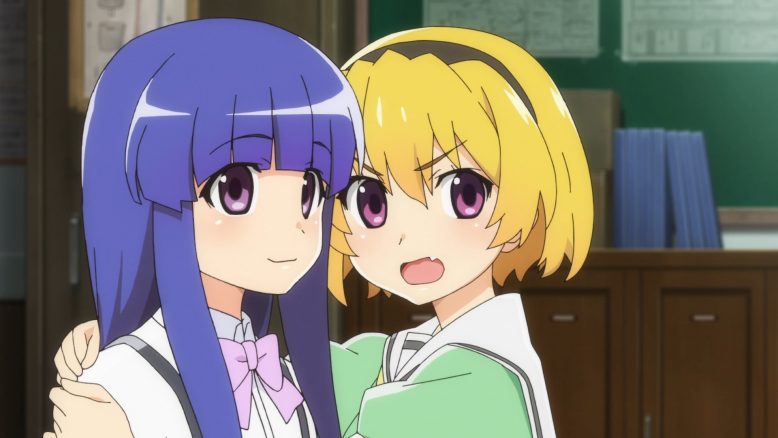 Again, this episode was just crazy. I did not see this coming and I have no idea where this is going. It’s kind of nice in a sense to have an unknown future ahead. But I do feel for these characters since you can just feel what is coming.