Rent A Girlfriend: The Story So Far 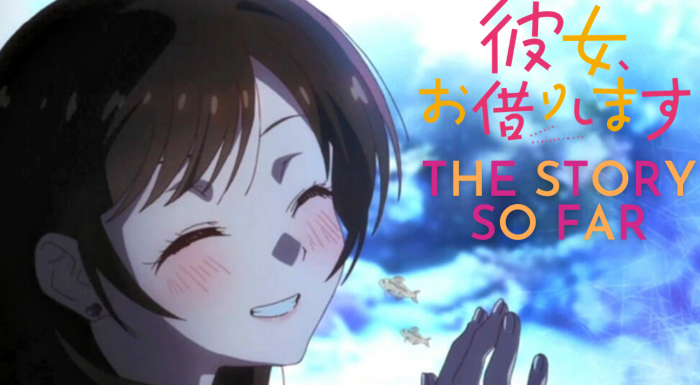 Rent a girlfriend follows the college love life of a 20-year-old man named Kazuya who in lonely desperation, rents a dating service after his first-ever girlfriend breaks up with him. Although this service contracts young women to provide superficial romantic companionship, Kazuya’s new rental girlfriend quickly finds herself entangled in a predicament that changes the definition of what it means to have a professional relationship, and the dynamic of her dating career forever.

The prize for watching new episodes entails learning more about the personal circumstances that have led each character to meet one another. Knowing this makes refraining from spoilers all the more difficult. If you haven’t seen the show, we’ll only spoil what we think is important for you to know. Now let’s talk how Rent A Girlfriend has managed to maintain a spellbinding narrative and continues to pique the interest of rom-com anime viewers 9 episodes into airing. 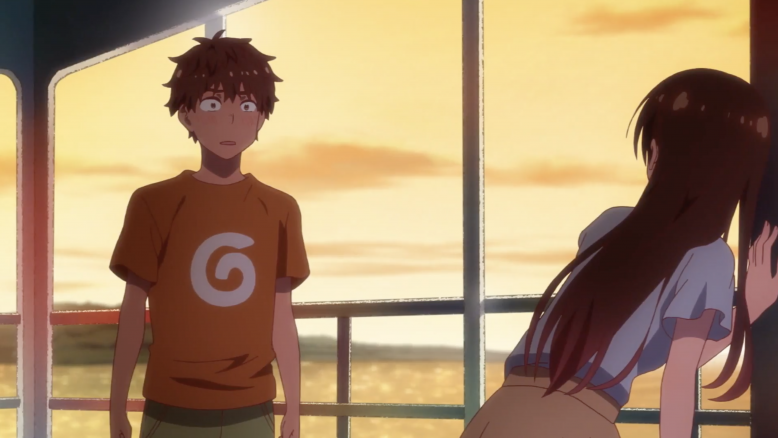 Kazuya is a bit of a hopeless cause who somewhat expects others to fix his problems for him. This comes to light when he’s suddenly invited out to drink with some friends from school while on a date with his rental girlfriend, Ichinose.

Upon arriving to the bar, Kazuya discovers his ex-girlfriend Mamiya and her friend group are already sitting down at the only table left with available seating. Unfortunately, he’s still in love with her.

As the night goes on, Mamiya starts gaslighting Kazuya while talking to Ichinose. She jokes passive-aggressively that Kazuya is a loser with a pathetically wild amount of lust. 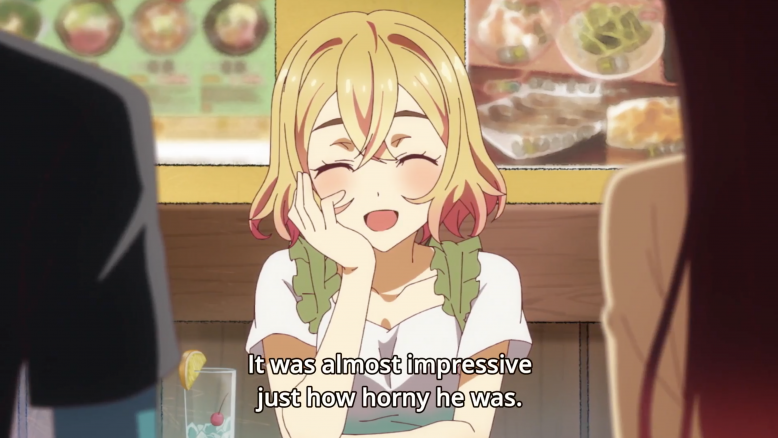 Ichinose steps in to stand up for him, calling Mamiya out for her defamatory remarks while Kazuya does nothing to defend himself and even goes out of the way to agree that Mamiya is right. Ichinose rushes off.

Later that night, Mamiya guises teasing and leading Kazuya on with providing comfort, then proceeds to badmouth Ichinose, but he won’t have it. He stands up for Ichinose and rushes off to find her.

Once he finds her, audiences get a taste of the true depth of the show. Kazuya sits down against a railing and cries while talking to Ichinose about his feelings, worrying that he’s pathetic for still having feelings for Mamiya. 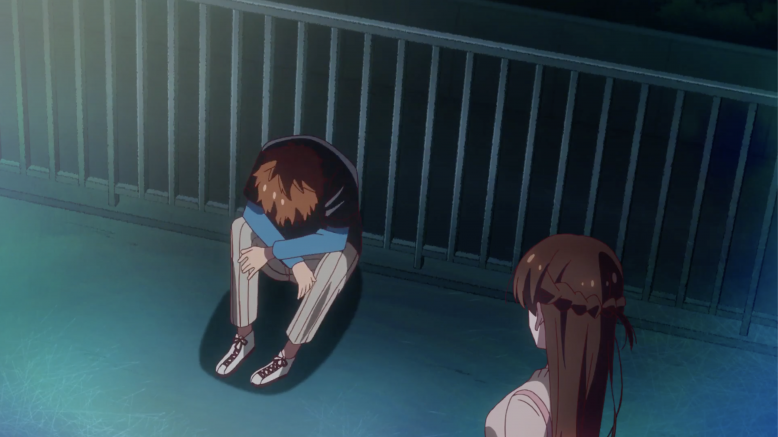 It’s important to understand that Ichinose is no pushover. She has a good head on her shoulders, to the point she might seem almost cold and unsympathetic toward males who don’t exude the typical resilience and stoicism associated with masculinity.

Instead of the usual disgust strong-willed female characters express for male protagonists common to rom-com anime, Ichinose does something different. She tells him not being able to let go of Mamiya shows how much he cares. To Ichinose, his feelings are perfectly normal. 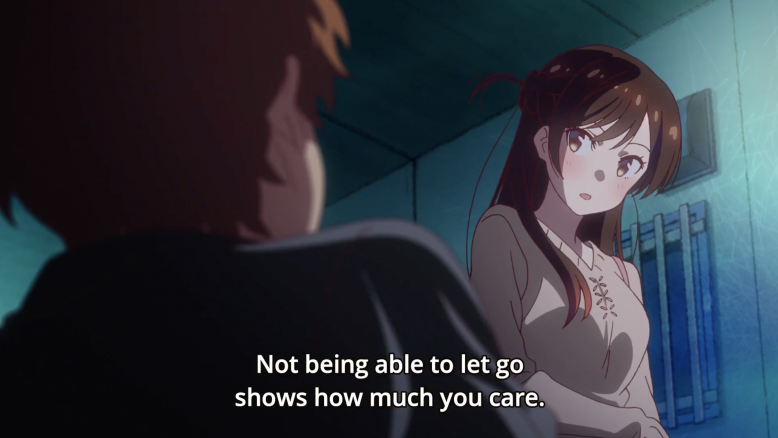 Now of course, in any other normal context, anyone’s girlfriend would get pissed off over her significant other still having feelings for an ex. Regardless, for what could be the first time many people have seen in an anime, the toxic femininity of one girl gets combatted by an emotionally intelligent girl with healthy feelings and perspectives on male romance.

Because Ichinose has no emotional attachment to Kazuya, it’s especially important that she’s a neutral third party rather than a real girlfriend, because the entire circumstance demonstrates it’s possible to achieve a level of objective maturity toward romance where the norm strongly leans in favor of a woman calling a man with confused feelings, weak. 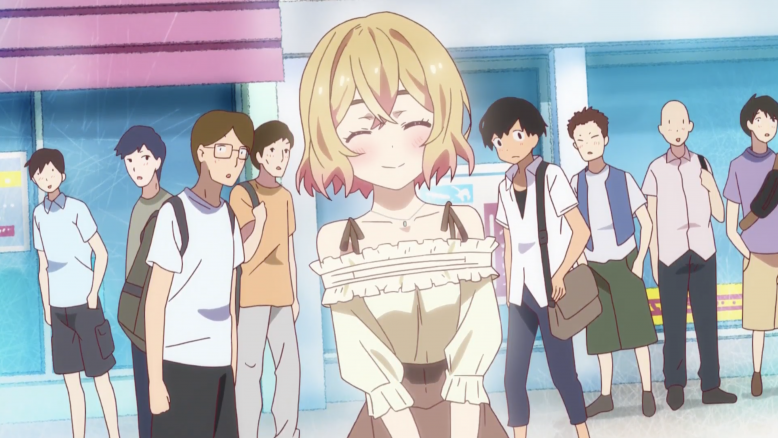 Connecting back to Mamiya, it’s unclear at this point in the show whether she wants to manipulate Kazuya out of jealousy or because she’s a lousy person who enjoys watching others suffer. However, Mamiya does make it very clear she’s used to receiving attention from both girls and guys alike. She’s incredibly beautiful and can be best described as the miss perfect personality type.

In another instance, she kisses Kazuya during a beach trip knowing full-well he’s with Ichinose. It’s enough to make one wonder whether the girl has anti-social personality disorder. Her self-serving actions in both contexts make it all the more difficult to dismiss the possibility she wants to maintain power atop her friends’ social hierarchy where Kazuya and Ichinose have begun stealing some of that thunder. Her true intentions remain to be seen.

In the later episodes, the show introduces a new character. She’s a rental girlfriend too, and one Kazuya’s friend has been meeting up with. However, unlike the dominating female characters up until now—Ichinose and Mamiya—this new one is a little more unpredictable and erratic. 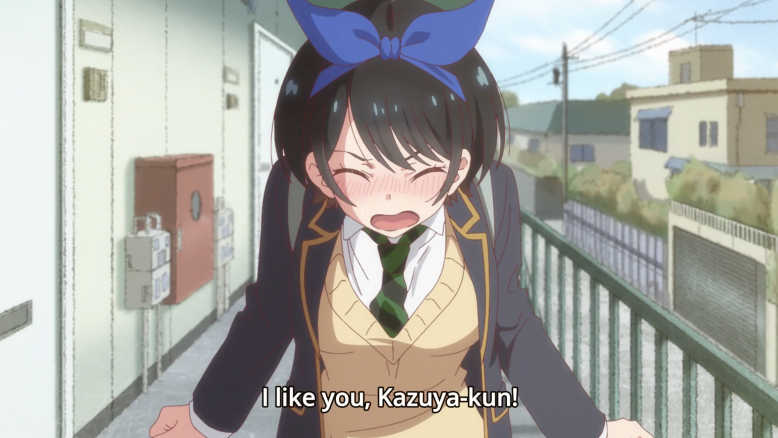 Ruka plays a little sister idol role, at least insofar as her service profile describes, but she quickly defies this notion soon after her introduction. The first thing anyone would notice is her OCD tendency to check her pulse. Yes, her pulse; and, her infatuation with Kazuya in the form of a loud love proclamation after expressing an unnatural amount of disgust with him after a double date… umm, what?

The show hasn’t given audiences any reason to care much about Ruka yet. There’s little to indicate her investment in Kazuya to begin with, but it’ll come in time.

For now she’s blackmailing Kazuya into being her boyfriend by threatening to reveal his secret that Ichinose is in fact his rental girlfriend and not his real girlfriend. Again, we’ll hopefully learn why as the season progresses. 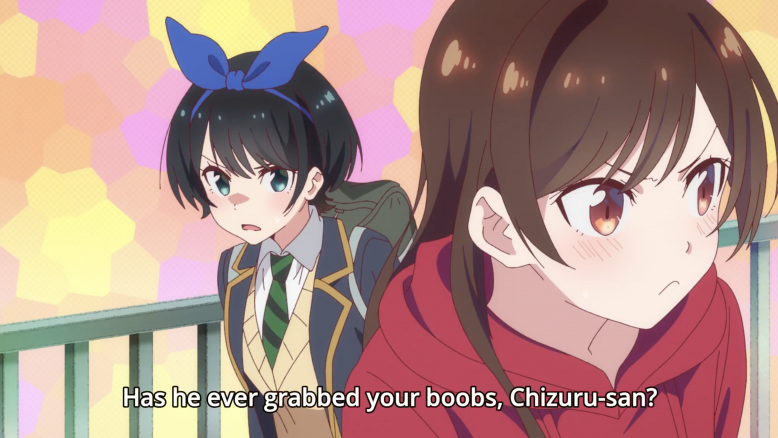 That catches us up to speed. Just know I’ve intentionally left out many other parts of the storyline. If I revealed them all, there’d by little point in you actually watching the show if you haven’t yet.

I do want to address a few points before I leave you, though. Mamiya plays little to no role in the newer episodes that introduce Ruka. This creates some worry that the narrative could lose momentum on consistent character development established up until now.

Mamiya has a massive amount of influence on Kazuya’s self image, so stomaching the switch in focus on Ruka calls into question not only how Ruka factors into the story, but also other characters who have yet to be introduced. 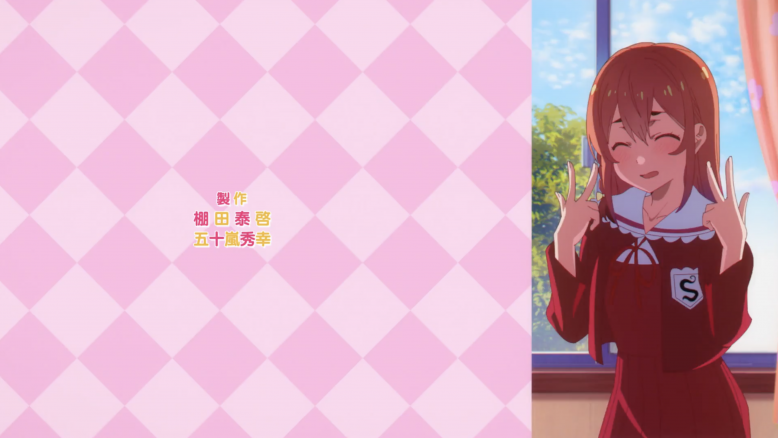 The commentary on masculinity and toxic femininity imposed on romance between men and women makes one wonder whether TMS Entertainment, the studio behind the adaptation for Rent A Girlfriend, made the choice to air the show now amidst increasing cultural toxicity in the realms of sex and romance with the rise of services such as OnlyFans and the increasing disconnect between men and women that would identify some men as simps.

Indeed, Rent A Girlfriend is about a man with insecurities that seems to pose the question, should we really label pathetic and insecure men as simps?  Maybe the show will continue to explore this question. Maybe not.

Only 3 more episodes air this season. Will there be time to get to Ruka’s backstory? Will Kazuya fully relinquish his feelings for Mamiya? What do you think will happen? Leave a comment below and let us know!