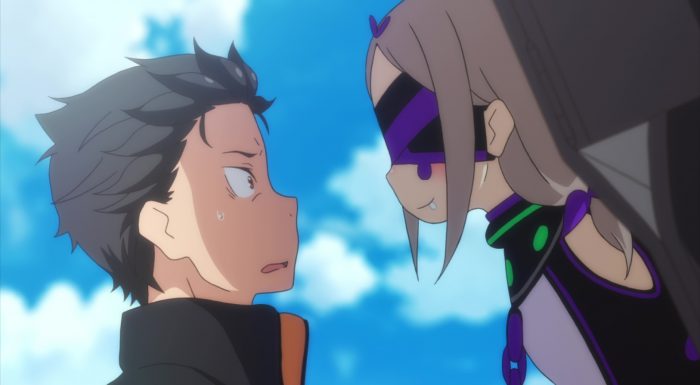 By this point I think its just undoubtedly clear; ReZero 2 is one of the best anime currently airing. Not only that, but its getting to the point where this may very well be one the top contenders for Anime of the year, as far as I’m concerned. Yes, Re:Zero was that good this week, and has been that good since it started. What makes each episode so good is in how it not only stands tall on its own, but in how it continues to develop and evolve what came before it.

This week was good, but it wouldn’t have been possible without all the careful buildup prepared by every episode prior. Its when the whole is strong, that the individual components of an series can really shine, ultimately making the entire journey an exceptional one. To me, this week was the payoff  for a bunch of different seeds that the show had sowed since both the first series and this second one.

And really, these answers (with a boat load of questions) came at a time when they were least expected. I wasn’t expecting Subaru to basically run into every Witch of the franchise’s lore this episode, let alone learn more about the world and how it works. Not only that but we also came away with a ton of information about what Subaru needs to do moving forward. In a welcome change of pace, there’s a lot to actually unpack this week. An info dump of this magnitude normally shouldn’t work, but after so many focused episodes, one episode that deals with a lot of disparate, lingering issues, can actually wrap everything up in a neat little package nicely. 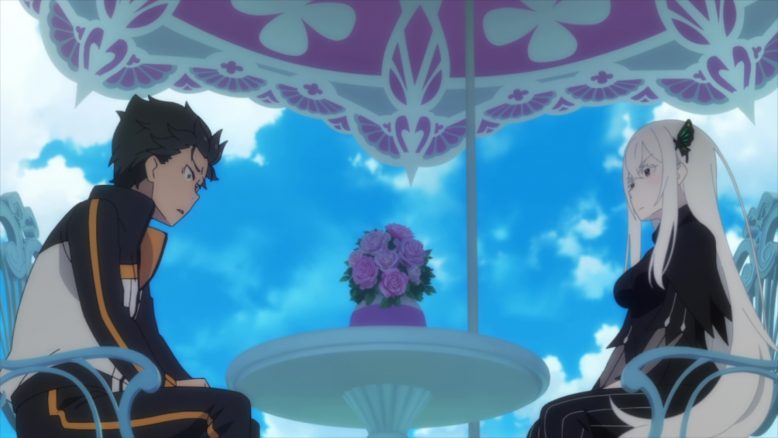 So lets get into it all, Shall we? First, lets talk about Echidna, who continues to both creep me out and also continues to be really really helpful to Subaru. I’m still not sure what her angle is, but I will say that Subaru is trusting her a bit too easily. In any case, Subaru ends up learning about his powers first and foremost, and then proceeds to learn about the rabbits that killed him last week.

For Subaru’s powers, its interesting to note that while there isn’t a limit to how many times he can die, there is a limit to who the power serves. The power isn’t there for Subaru to protect those around him, but rather for him and him alone to live. That automatically increases the stakes for his deaths, because every mistake could cost him someone around him that he can’t bring back. Simply resetting whenever things go bad is NOT an option anymore, as the reset point may very well change if Subaru himself will end up surviving in the end.

That’s a huge clue to Subaru’s powers, as his reset points are determined by where he can actually change his own fate. Subaru is not allowed to die, so at the moment, this little factoid gives him the power to potentially save those around him. Calling his power a curse at this point wouldn’t be an understatement,  because ultimately, Subaru could end up being the last one left on the planet, and have no way to dial it all back. 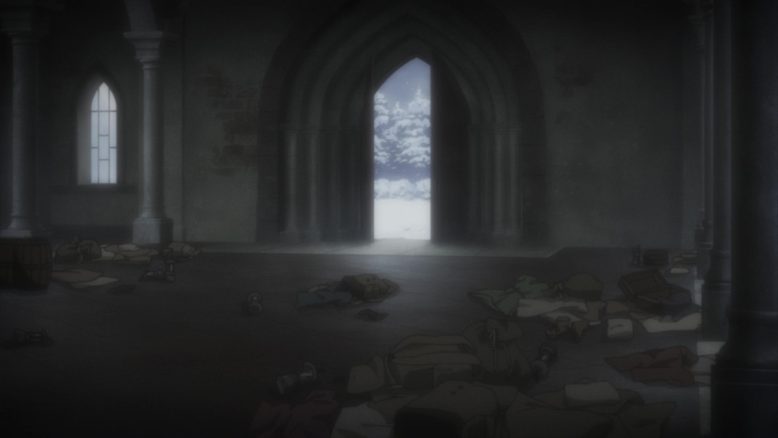 And while the information about Subaru’s power( sourced directly from one of Satella, The Witch of Envy’s delusions) is welcome, its what happens next that truly illuminates quite a bit more. Echidna suggests that Subaru talk to the creator of the three great Magic Beasts in order to deal with the “King Rabbit/Great Rabbit”, the demonic rabbits that killed him last week. And the Great Rabbit? Man is that another messed up and horrific creation that Re:Zero and its author have contributed to the Anime Medium.

I have to hand it to Nagatsuki-sensei, as his creativity in the macabre is off the charts here. Using the fact that Rabbits are ravenous and multiply at an extraordinary rate and twisting that into one of the scariest monsters of the modern era? Man, that’s solid stuff. Even more so than the White Whale, The Great Rabbit (Ou Usagi) is a fearsome creature. A herd of flesh eating rabbits that share one consciousness and who all  need to be annihilated at once? Quite the pickle for Subaru to handle.

Of course, unlike the white whale, Subaru is able to develop a counter strategy, a lot quicker this time thanks to a conversation he has with the Witch of Gluttony, Daphne. And Daphne? Man, is she a creepy as heck thing herself. Each Witch Subaru meets is twisted in some way, but each Witch also doesn’t seem entirely good or evil either. Each Witch has her own quirk, her own interests and her own horrifying wants. Its actually all really powerful character work and design, since the very sin that names each Witch is also what informs their personality. 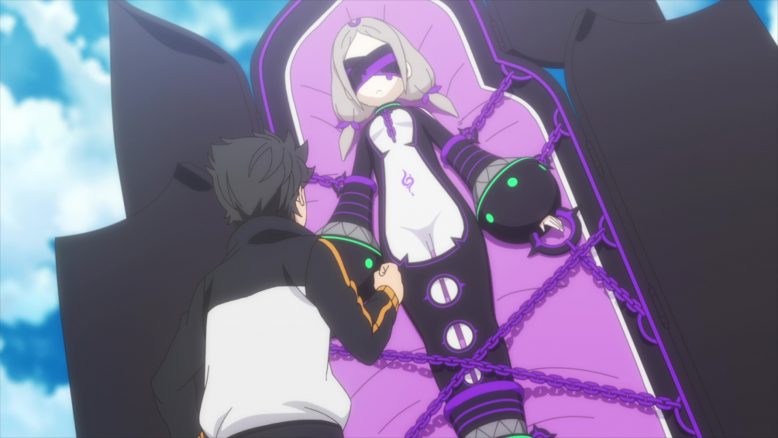 In Daphne’s case, everything she creates has an element of excess to it, but it also respects the fundamental law of survival and death. To her, her three creations (The Great Magic beasts) were actually created with seemingly pure intentions. The Whale was made huge to feed a bunch of people, and the rabbits were also made so that no one would ever go hungry. Yet, each beast is ferocious and ravenous in its own hunger, with Daphne’s logic being that these creations of hers aren’t just lambs to be slaughtered.

There’s an almost child like quality to Daphne’s philosophy here, one that feels both naive and innocent, but also eerily twisted too. Daphne is being fair to her creations in a way that she only knows how, one where they can either kill or be killed. Eat or be Eaten.

As for how Subaru can actually kill the beast? Well, for starters he has to kill all of them at once. Lucky for him, Daphne reveals that the Rabbits are attracted to Mana, and a strong mana user would be perfect bait to lure all the rabbits in for one quick kill. And given that the rabbits aren’t capable of individual thought, they can, very easily be taken out under the right circumstances. 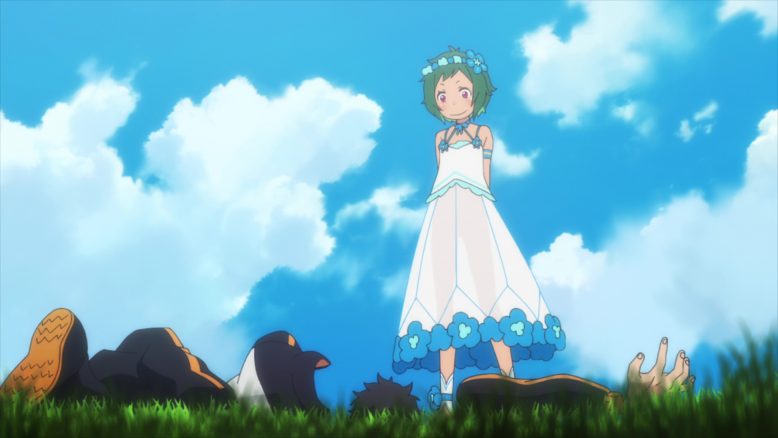 So Subaru has his answer and his strategy for killing the second Great Magic beast. Lure the horde via a powerful magic user, and then kill them all at once. Seems plausible, and when Subaru proclaims that he intends to kill all three Great Magic Beasts, Daphne actually gets angry and suggests that he try it if he can. And its here that I think Subaru gets the same lesson he got with Garfiel; he’s dealing with beings that can kill him within a split second.

Speaking of deadly beings, there’s two other witches that Subaru meets, Typhon and Minerva. Typhon is another child that’s entirely twisted in her innocence, in a far different way to that of Daphne. Typhon for her part, apparently just wants to see if Subaru is a good or bad guy. Typhon’s particular powers are a different sort of scary, dismantling and hurting those she chooses based on their heart and mind. Those who have good hearts can’t feel pain, while those who believe themselves to be sinners can end up breaking down into small pieces.

Its interesting to note that the Witch of Pride has powers that seem to channel a person’s ego and inner thoughts more so than anything else. And Minerva? The Witch of Wrath? Not only does she seem eerily similar to Betty (her mother perhaps?) but she also seems to genuinely be all about saving people rather than hurting them. Both of these Witches are certainly eccentric, and seem to be quite at odds with their Archbishops from earlier in the season. 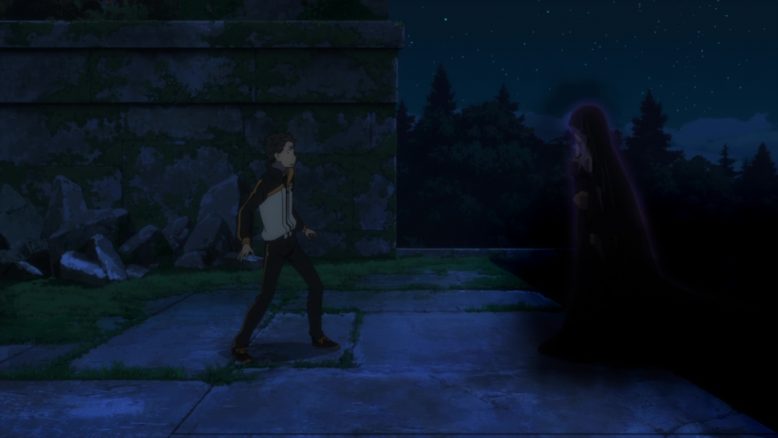 Now… While the meeting with the Witches is in itself a huge morsel, its what happens to Subaru once he gets back, that really really shifts things to another level. As Subaru once again pays a price without fully understanding what it is he’s paid, he heads back into the real world, only to come face to face with none other than Satella herself.

Satella, the witch of Envy, that gave Subaru his powers and seems to obsessed with him. Think about that for a second! That’s perhaps one of the biggest moments in the series, thus far.The episode title, in fact, actually comes from the line that she utters as she finally comes face to face with Subaru: “I love love love love you”. Its also interesting to note that Satella does indeed seem to resemble Emilia, which ultimately may point to the fact that Emilia IS Satella in some way.

Is Satella residing inside Emilia? Is she another personality? A reincarnation? Or is Emilia just being possessed by Satella? I’m not sure, but I’m very convinced by the fact that Emilia and Satella are linked together. If you go back to episode 1, you’ll remember that Subaru’s first ever return by death happens AFTER he dies at the hands of Elsa with Emilia next to him. At that moment, which I think is canonically his first death, Subaru grabs Emilia’s hand and promises to save her. 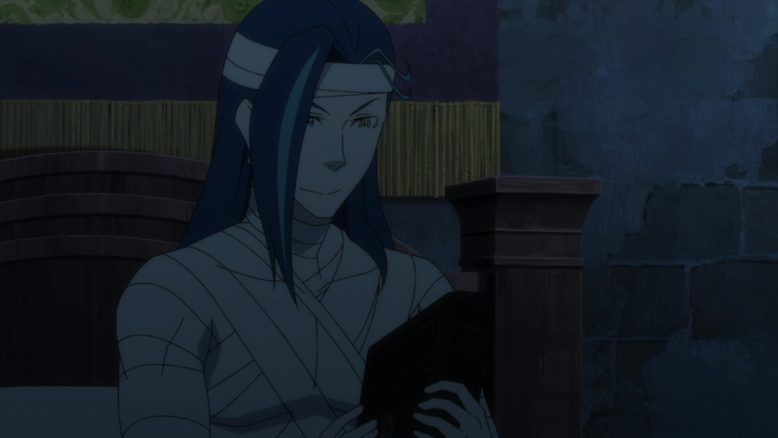 Was Satella awoken  at that point similar to how she was just now? Is the trigger for Satella’s awakening Subaru’s death or just any form of harm coming to him? In any case, the mysteries continue to build, and it seems like the Satella thing is going to be another thing that Subaru will have to understand and figure out before its all over.

And if all of that weren’t enough, there’s an after credits scene with Roswaal thrown in, to sweeten the whole deal. Roswaal, who seems to have the actual Tome of Widom, seems to understand what Subaru has chosen to do, and plans to aid in that path as well. He mentions that Subaru had better not make a mistake next time, which indeed does confirm that Roswaal knows of Subaru’s powers, and probably a whole lot more.

Man, all of that, in one episode? And we’ve still got another 3 episodes to go for this part 1 of season 2. Its been fantastic thus far, with each week’s episode being a real treat. Where does Re:Zero go from here? I’m glad I don’t know, and I’m even more eager to find out. And so… The wait for next week’s episode begins again.