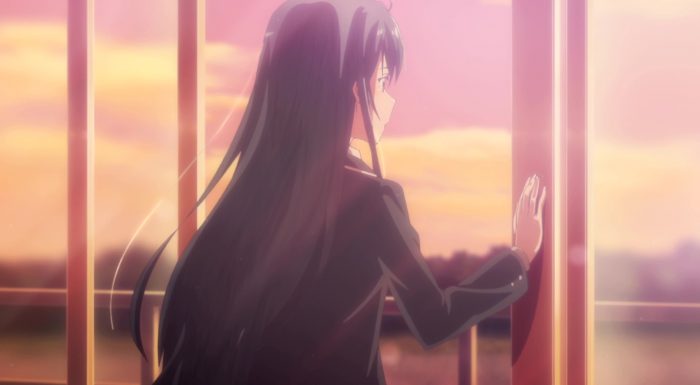 After weeks of stagnation, Yahari Kan finally put its foot back down on the gas this week. Rather than the car roaring off into the distance, however, what we got was more of a slow start up towards what seems like progress. Don’t get me wrong, a lot happened this week, and things did progress forward, but ultimately, in the grand scheme of things, we’ve only inched a bit closer to a resolution. That’s an odd place to be in, eight episodes into what will either be a one cour series or a shorter 10 episode one.

The big headline event this week was finally seeing Yukino’s particular situation get resolved. And it was in this situation, that I felt like the story honestly moved forward with a whimper, not the expected bang. There was no big, huge revelation in this particular plot thread, just that Yukino reaffirmed her belief that she was very dependent on the guy she liked, and that that particular relationship needed to go.

As is the case with someone like Yukino, this was a statement, not a discussion. One of the biggest challenges that Yukino, Hachiman and Yui face is that all three of them refuse to discuss and hash this out. Each one believes that they should do SOMETHING, and they do that something without ever really making sure what the other two parties may want. Thus, there’s three different perspectives to this story, and all three of them are shrouded in mystery and probably wrong. 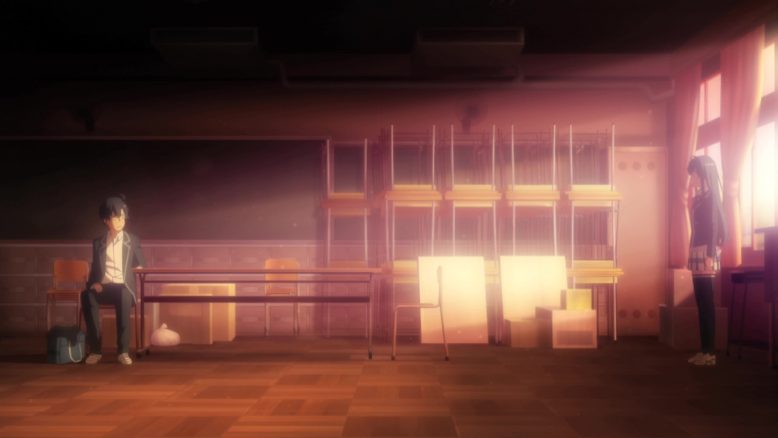 I say probably, because I still don’t know what each party truly wants in all of this. And honestly? I don’t actually think that the show and the story is ever going to definitively tell us either. It just doesn’t seem like Watari-sensei’s style at this point, and I believe that when this story does end, people will be debating words and motivations for years to come. That may work for a lot of the Yahari fan base, but it really doesn’t do it for me.

I want to understand what these characters want, and the only thing I saw thus far, is that Yukino basically ended her relationship with both Hachiman and Yui by the end of this episode, and now, Hachiman has been told to grant Yui’s wish. Yukino believes that Yui’s wish is to end up with Hachiman, but I don’t believe its as simple as that.

The series may have started out that way, but its clear that the bond formed between these three has changed all of them. Yui, I think, has been the most hurt in this relationship, as is evident by her conversation with big sister Haruno. Haruno continues to push these three in a sort of direction, but whether that direction is actually helpful for them, is a matter of debate.

And the debate on that particular point does happen, with big boy Hayato in the opposing chair. I will say, I really do want to know what went down between Hayato, Haruno and Yukino, but again, I doubt the show is ever going to spell it all out. What we do know is that Hayato liked Yukino, and Haruno was obviously involved with the two of them. As to where that led? I’m not sure. Plus, obviously Hayato and Haruno are probably engaged as the selected successors of each of their respective families. There’s some complicated history there, and I wonder if Hayato and Haruno have just given up on their own happiness. Is that what drives these two characters to try to direct Yukino’s personal life? 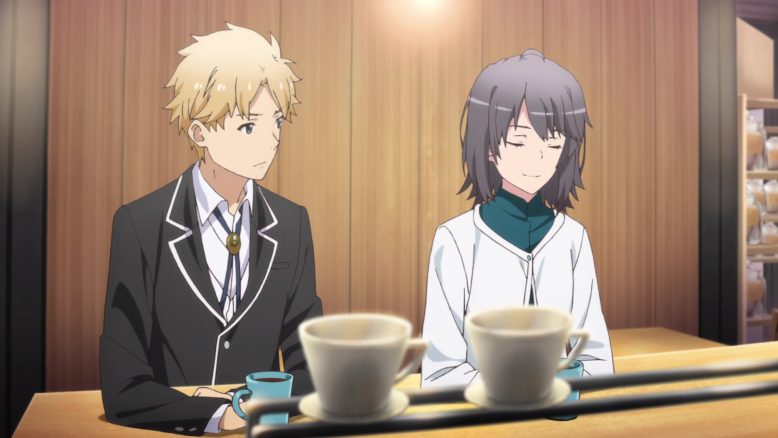 One believes that Yukino could find proper happiness, while the other probably is more of a realist and wants her to grow up. Its a complex situation for sure, and these are just my guesses and imagination going wild based on what little info we do have.

As for Yukino’s whole issues with her mother and family, they actually never got resolved. Hachiman was able to trade the fact that he had been hurt by the Yukinoshita family’s car as the final little bit to get what he wanted. I can say that that made a lot of sense, given the Japanese societal way of not being in debt to someone or causing problems for anyone else (Meiwaku). But while Hachiman was able to get Yukino’s particular issue resolved, I don’t think this actually finished off the larger issue between Yukino and her mother.

If anything, Hachiman has garnered some respect from Yukino’s mother, which incidentally, if there were ever a Yukino x Hachiman ending, well… It would serve as a boon there.

Which i guess, brings us to the big question again. What is the ending to all this going to be? its a question that I think we will continue to ask ourselves as the plot progresses towards the end now. Yukino has told Hachiman to basically grant Yui’s wish, and she hopes that that will provide the best ending. Now the ball is in Yui’s court, and what Yui ends up deciding will ultimately push the three towards a particular resolution. 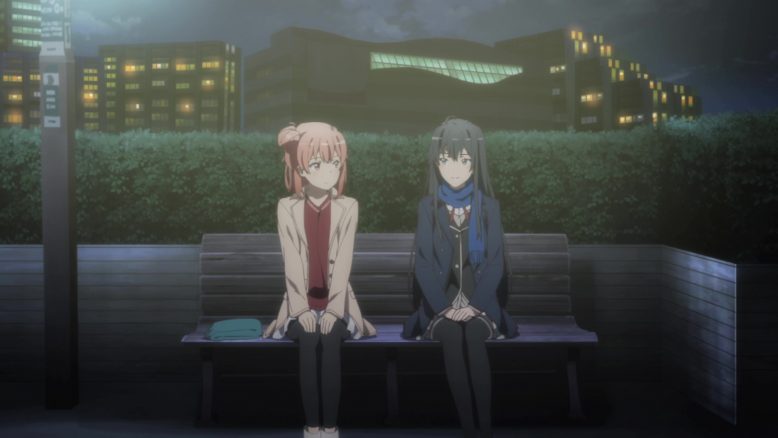 Yui did have a conversation with Haruno, but as to what she got out of it, and where she’s at, at the moment? I’m not sure. It seems like next week is going to basically revolve around Yui and her wish. Once we get that, all the cards will be on the table, and then its on whatever Hachiman issues as a response.

My personal feeling is still either a “everyone goes their separate ways” route or honestly a Yukino one. I’m not a fan of either, obviously, but I also can’t see Hachiman and Yui ending up together. That’s the least likely scenario, and I won’t lie, its hurts me a bit inside. Even the Yui ending, if it ever happens, isn’t going to be a perfect one.

A perfect ending just doesn’t exist for this situation. As I think even Yui realized this week, after her big declaration last week, the relationship between her and Yukino is over. Whether they start up again as friends or not, remains to be seen. 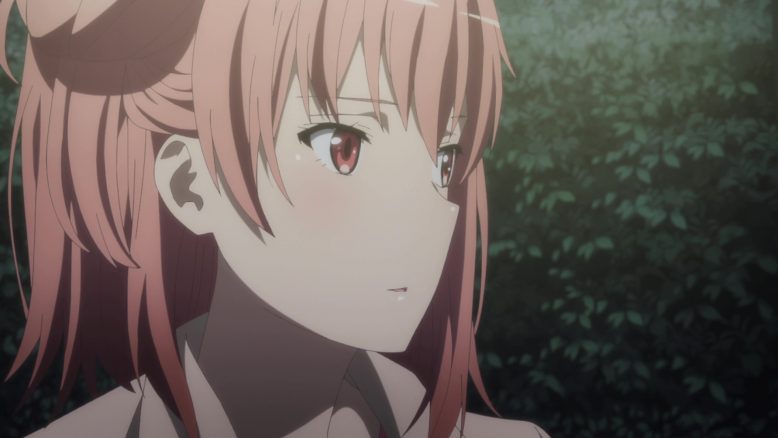 So yes, its with a heavy heart that I wait for next week’s episode. I fully expect to see my heart crushed into a puree by the end of this series at this point. Every time the show gives me some hope for something happy, it immediately follows up with three hints at something more realistic and painful. I suppose we’ll find out what both Yahari is trying to say about teenage relationships and what Watari-sensei’s particular world view is on all of this. Just a couple more episodes to go.