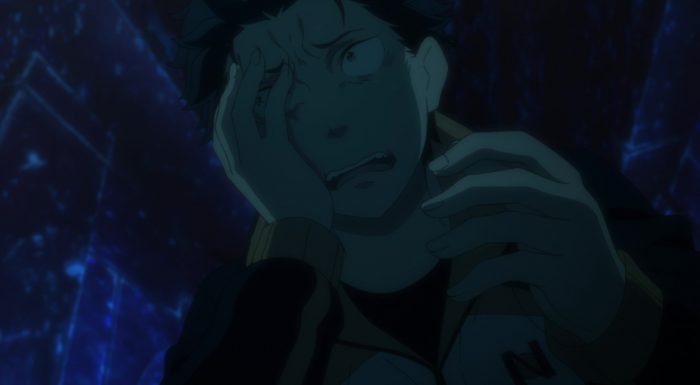 Just when it feels like we’re nearing the true reveal of it all, Re:Zero peels back a layer and sends us tumbling deeper into an abyss of confusion, mystery and darkness. It’s been a while since Re:Zero got this dark, but this episode reminded us just how horror-esque this show can get. The dark themes and horrific tragic deaths are a huge part of this series, and while those elements may not be entirely pleasant, its worth noting that they are essential.

Pain is a tool that Re:Zero’s story uses quite often to make a point, and it seems that this week, the point was that around too easily trusting someone. On that very point, Subaru may have dug himself deeper than ever before. The whole Otto/Garfiel situation from last week comes to a head this time, and Subaru ends up dying one of his most horrific deaths yet. 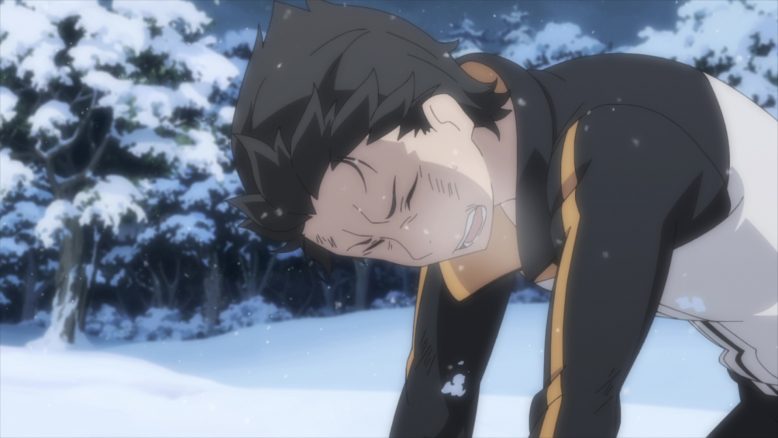 There was a moment, where I wondered if Subaru’s reset point changed, and had that happened, all would’ve been lost. Thankfully, what seemingly actually happened, was that Subaru probably just got knocked out of the barrier when Garfield went berserk.

Which, lets talk about Garfiel for a second. Man, is that guy a loose as heck cannon. The whole situation with Garfiel reminds me of what Subaru experienced from Rem in the beginning of the first series. Rem is one of the kindest and most lovable characters in the cast now, but I think we all forget just how viciously she attacked and ultimately killed Subaru. That was during the learning phase of Subaru’s revival powers, but it seems like he’s forgotten a supplementary lesson from that time. 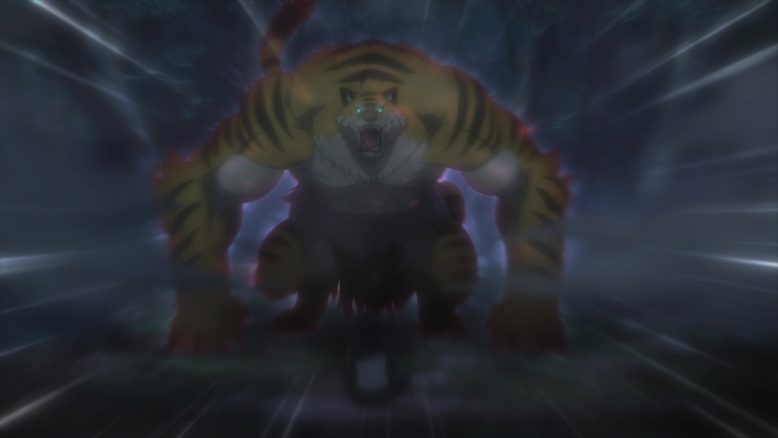 Beings like Garfiel and even Rem? They’re powerful enough to kill Subaru in seconds, lest he cross them or wrong them, even if unintentionally. The scene where Garfiel basically kills all the villagers, Otto and then tries to off Subaru himself, is horrific. Its horrific, but what ultimately ends Subaru this time, is much, much worse.

Winding outside of the barrier and being eaten alive by a bunch of demonic beasts? Man, that has to be the most horrible death we’ve seen him experience yet. It wasn’t quick or sudden, this one was slow and painful, and its no surprise that Subaru pretty much almost goes insane from the experience. 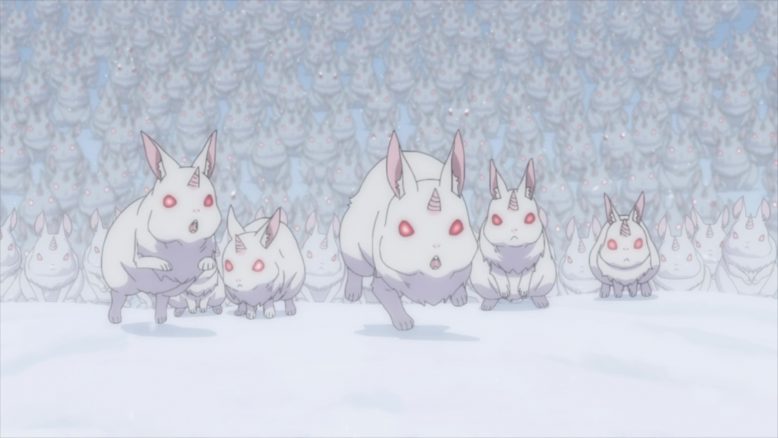 No I’m not showing the actual horrific moment. I’m not a monster! <_<

Its here, that I think we reach a really critical moment in the story. A moment, that’s probably going to be remembered throughout the story’s runtime. Subaru ends up being saved by Echidna, just before his mind (or soul?) collapses from the strain of his latest death. And there, we learn a fascinating and I’d wager deadly secret about Echidna.

She knows about Subaru’s power to revive, and she’s been watching him since the beginning. Subaru? For his part he finally breaks down in relief, being able to share his secret for the first time since he came to this world. Its a beautiful moment, where Subaru finally lets out all his pain, frustration and just cries like a man who’s endured too darn much. 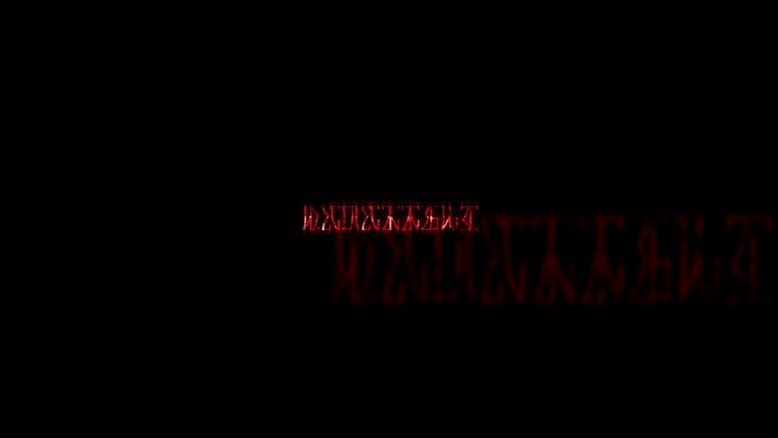 And then the red text appears: “I know…”

That text, the way its written, makes me largely uncomfortable. Echidna does help Subaru out, and she has thus far, but I don’t trust the woman at all. Subaru early in the conversation makes the bold move of saying he wants to remember Echidna and cancel their oath, by any price necessary. That, I think, was the gravest of Subaru’s mistakes thus far. Without knowing the price, Subaru should never have offered to just pay it, no matter how it was. 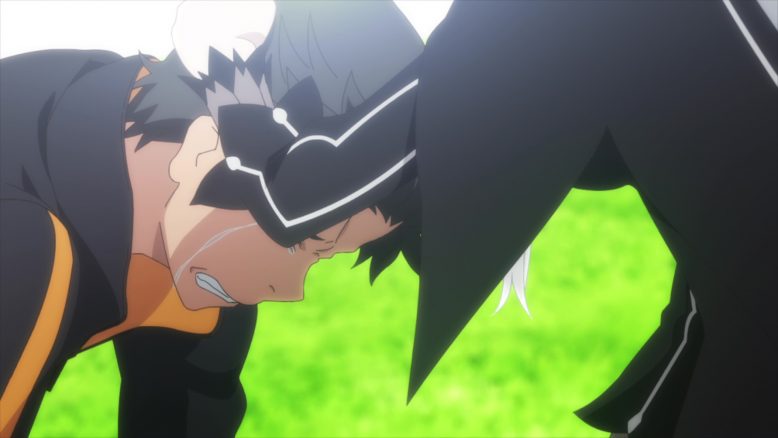 But the combination of Subaru being on the brink of insanity, being exceedingly desperate? Well, that all contributed to what I feel will be a grave mistake. Echidna, for her part, seems too nice and too mysterious to be a friend. I know Subaru has suspected everyone from Beatrice, to Roswaal to Otto, but there is no reason whatsoever he shouldn’t be wary of Echidna as well.

In the end, however, it seems like Echidna will give Subaru the means to press on. By remembering her, he’ll finally be able to go back and finish things off. He knows now to avoid Garfiel and the old pink haired loli. He knows he can trust Otto, and he knows from his conversation with Roswaal that he can trust Betty and how he can get her to help. 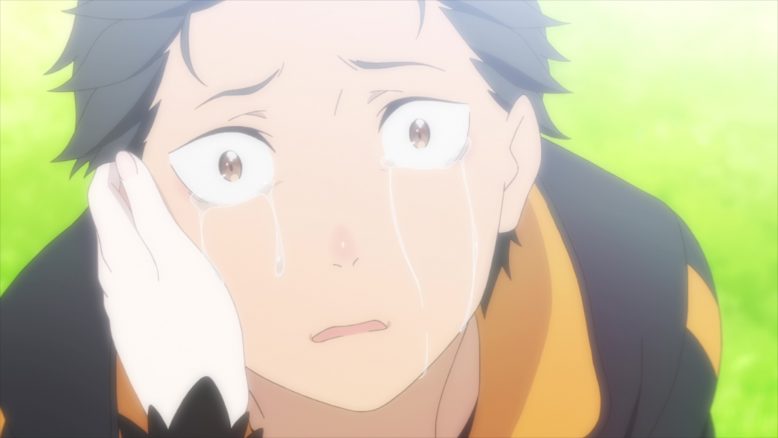 Everything is poised to move forward next week. Subaru has enough tools to potentially solve this one, but as to what he paid up to get this far? That will be a question that I think will really come back to haunt him.

Note: Apologies for how late this and last week’s episode review was. Real life just consumed me this past week, and I finally got a chance to catch up on Anime and review it. That always hurts me when it happens, so all I can say is that I failed, and I wish I hadn’t. Re:Zero is an awesome series, that deserves proper and regular coverage. I will strive to do better.