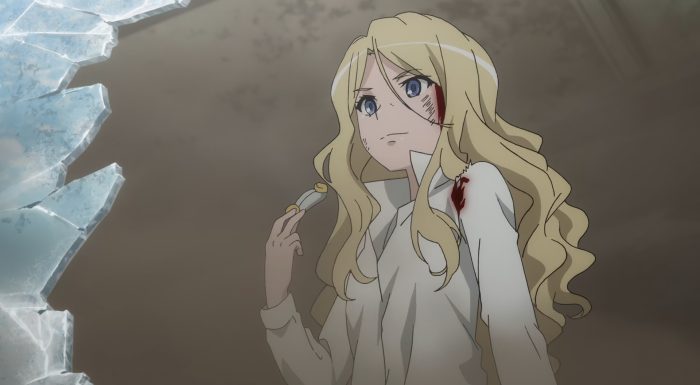 I’m not completely certain, but this may honestly be the best episode of the third season for Railgun. Whether it is proper for an episode where the main character didn’t appear at all to be such a thing I’m not sure. But it doesn’t take away from how strong an episode this was. It managed to combine legitimately awesome moments with a bittersweet finale. Not easy to mix the two all the more so since the ending implied things rather than straight up saying them. I suppose it leaves things a mystery for those only following Railgun while giving enough for Index fans to work with. But, I wouldn’t have minded a bit more directness with it. The ending still hit hard though and it makes these past two episodes ones to remember. 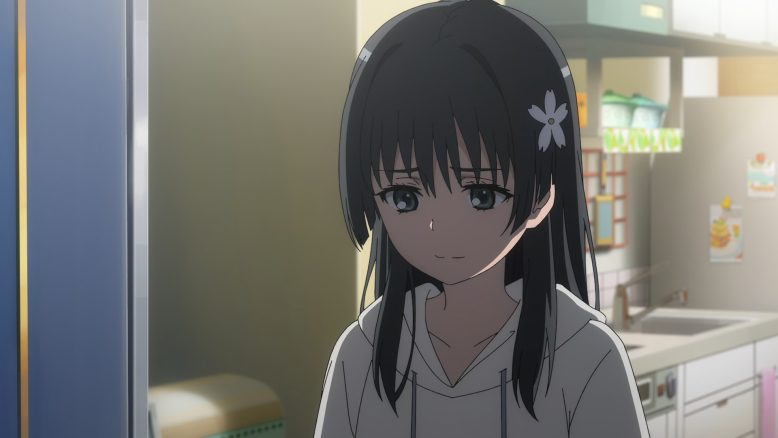 We might as well start off with the potentially spoilerish stuff. So anyone who somehow avoided all Index S3 knowledge (good for you) might want to skip to a few sections below this one. Anyways…let’s just tackle it. So Frenda is gone by the end of this episode. And this does now align the story with where Index’s third season wrapped up. Which seems to be confirmed thanks to the injuries we can see from Uiharu at the end of the episode. That’s quite a lot of time to cover since it felt like events weren’t happening that fast in reality for Index. But regardless, this episode is the last we’ll see of Frenda outside of flashbacks or something. Her dinner date with Saten will forever be unfulfilled.

I legitimately hope the story someday lets Saten know that Frenda is gone. She may guess at it or wonder, but I think knowing is fair to her. It would really let Saten continue to grow as a character to face that harsh reality. Details aren’t that important, but better than constantly wondering. Frenda took a lot of hits during this episode and has her flaws. But in the end she did really try to save Saten, sacrificed, and kept one of this show’s best characters alive. That warrants some props and honestly a chance for the friend she saved to grieve. And honestly it would be a chance for this show to let someone besides Mikoto to see more of the dark side of this city. Mikoto’s friends still don’t know she has clones! Let them into the inner circle a bit here! 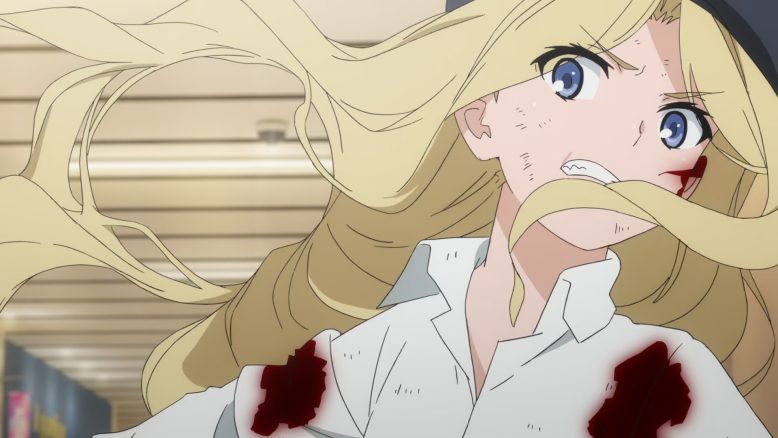 Ignoring the ending portion, this episode was pretty awesome. It made for a really tense showdown between Frenda and Yumiya. A very difficult position where Frenda couldn’t be sure where the attacks were coming from, how she was being tracked, or how to strike back at her opponent. That’s an extremely stressful situation and the only reason she was saved was her opponent being a sadist that wanted to see her suffer. If she had been an efficient assassin then Frenda would have died from the first shot and that would be it. Not that Frenda is different in wanting to put the pain on her opponents. But in this case Frenda being on the defensive/protective side worked out. Her opponent was having too much fun and blew her chances to win.

I loved the trickery from Frenda. It was a smart move to use her bombs like that. No matter how cautious her enemy there was no way to avoid reacting in some ways to Saten carrying out a mountain of explosives! That worked wonders and the payoff was an awesome fight. Even if Frenda was banged up she fought hard and used every bit of her cleverness. And it makes sense she could win that fight. Her opponent was an awesome sniper, but no telling if she had the same kind of crazy combat experience Frenda had built up. Fighting some crazy sniper in close quarters was probably less problematic than fighting Mikoto! 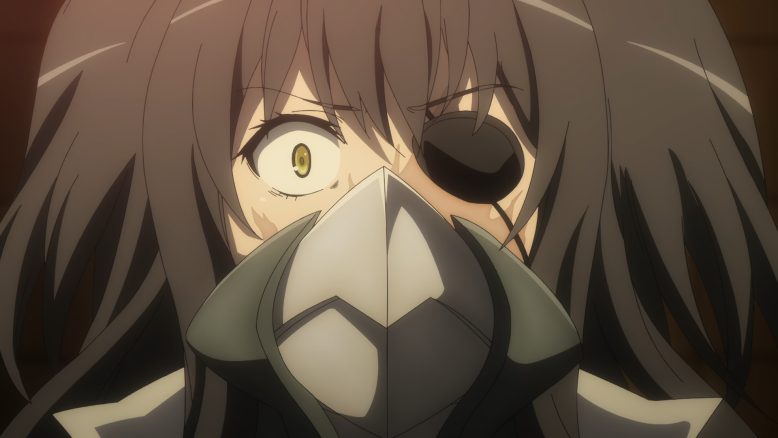 I do wonder what the plan for Yumiya is going forward though. She clearly broke it off with SCHOOL before the big…incident in Index. So she should be fine. And if she wasn’t then there’d be no point in having her survive her fight with Frenda. Thus I’m left wondering what her move is going to be going forward. Is she more an Index character that shows up in that weird mask in some future season? Or if she going to remain Railgun focused? If it is the latter then things could get pretty fun. I mean with Frenda…not around her focus might shift back to Saten. It wouldn’t satisfy her desire for a throw down with Frenda, but if she doesn’t know that Frenda isn’t around she might go after Saten to try and flush her out of hiding. 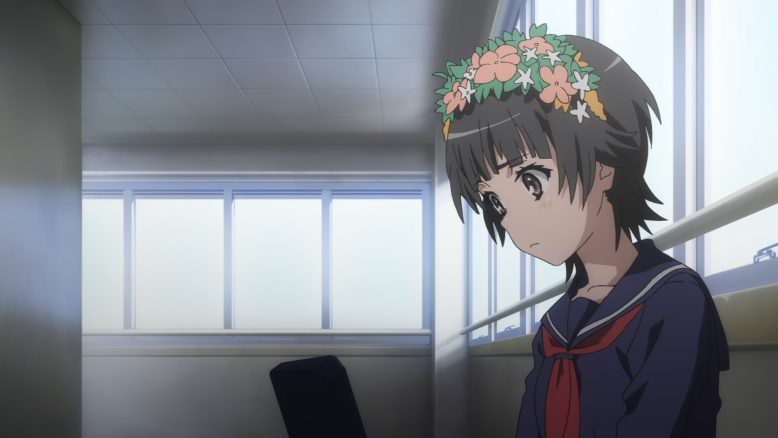 Regardless, this episode was excellent. I liked Saten stepping up there. She knew the situation was bad and was willing to sacrifice herself so that her friend wouldn’t keep getting shot. Didn’t have a plan, but at least her willingness to act pushed Frenda to consider a gutsy plan to turn the tables. The sad thing is that the episode ended the way it did. Things looked pretty up all things considered. Saten was looking forward to seeing her friend again, but…it wasn’t meant to be. I doubt we’ll see any resolution in the remaining episodes about this or that Saten will find out the truth. But it would be nice if eventually that happened. Even without that though, this was a really strong episode.