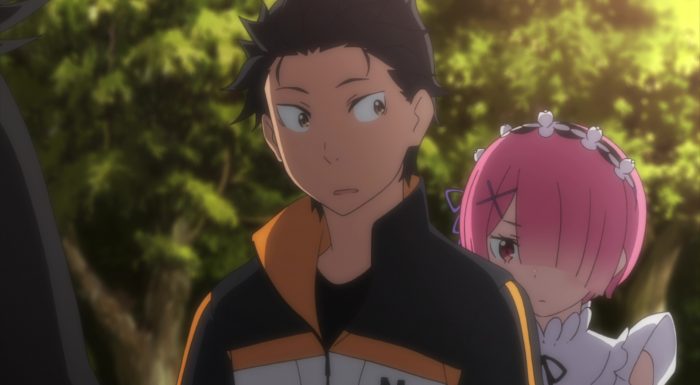 The plot thickens, the mystery deepens, and yet old habits die hard for our protagonist. Subaru is once again, stuck in another spiral of death, pain and seemingly insurmountable odds. And now, with all the pieces laid bare on the board, things are finally starting to get under way. All the while, certain characters continue to remain true to themselves and who they are.

The best example of this expertly crafted characterization has to be Subaru, himself. Despite whatever growth the guy has achieved over the past few episodes, he’s still very much the same mistake prone and quick to mess up character that we all know and love. There’s a sense of restlessness and impatience in Subaru that always seems to manifest whenever he comes back from a death now, something that definitely complicates matters in a way it didn’t before. 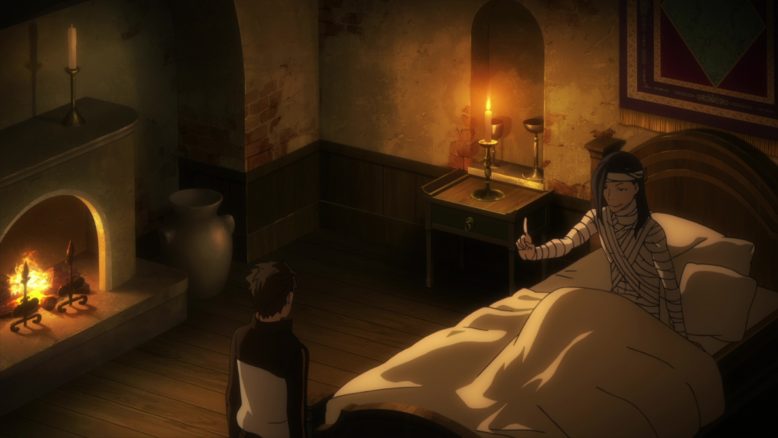 Which, honestly, makes a lot of sense. The story and the series is really showing the toll that Subaru’s ability takes on him, as he constantly has to relive and re-experience some truly horrific situations and moments. There was a time when Subaru would just grin, bear it and try his best to act natural after every reset. That was at the start of the series though, and now we have a Subaru that just wants to solve the latest issue and move forward.

One effect this has, of course, is that it makes him act really sloppy.  Whether its letting simple phrases like “this time” slip in front of Roswaal, or whether its royally hurting Emilia by trying to over protect her, Subaru makes the sort of classic mistakes that we’ve seen him make before, once again this week. In doing so, he also seems to lose the respect and admiration of those around him, the same people that were willing to help him out quite a bit last time. 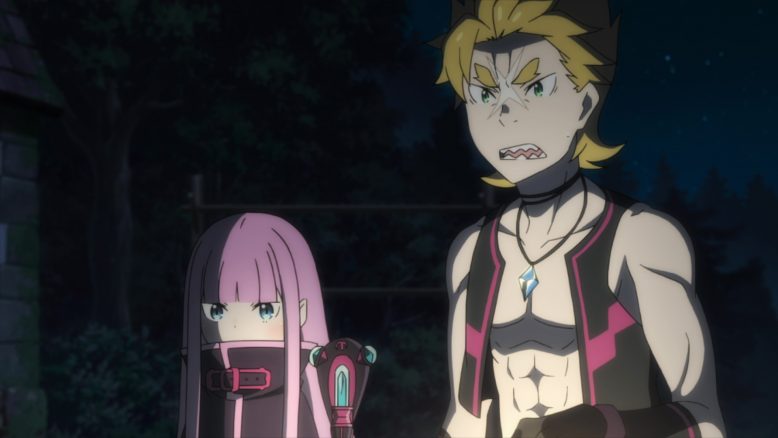 Chief among those disappointed by Subaru is Garfiel, who turns out to be the brother of the Maid Fredrica. Garfiel is still a bit of a mystery right now, as he completely flips his motivations and interests this week. Instead of wanting Subaru to tackle the trial like he suggested last week, Garfiel actually vehemently opposes Subaru doing any trial at all. This in turn, not only puzzles Subaru, but puzzled me as the viewer.

There’s some piece to the whole “Conservative” group that we just don’t know about. Is Garfiel, perhaps, one of the people who doesn’t want the barrier removed? Is that why he keeps suggesting things that seem counter to actually raising the barrier? Or did Subaru and Emilia simply win him over last time? Its all unclear, and I suspect Garfiel’s motivations are going to be a key part to solving the overall puzzle of the trials. 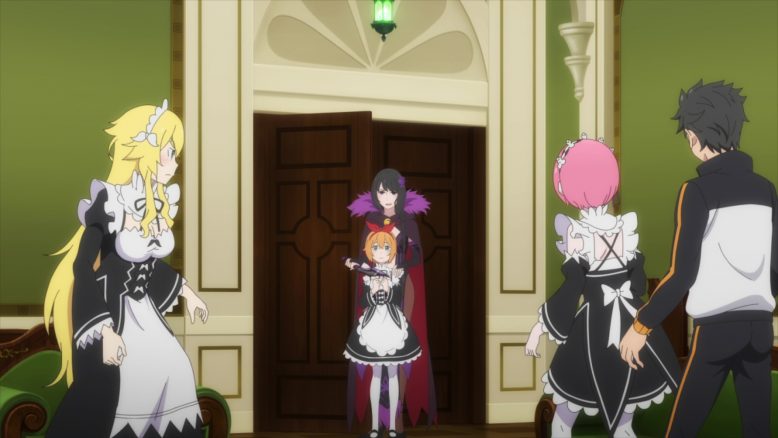 Speaking of which, the biggest trial is most undoubtedly Elsa, who continues to rain down havoc at the mansion this week. What’s interesting to note here, is that Elsa seems to have been hired by “someone”, and that someone already seems to know that the mansion has two Maids and a sick person. Not only that, but the entire “hit” is orchestrated in a way to totally break down Subaru, as he’s meant to actually arrive and SEE the horror that Elsa leaves in her wake.

Thus, coming back early doesn’t really help him out much at all. In essence, Elsa is always going to be waiting to pounce, with Fredrica and Petra very much in danger. 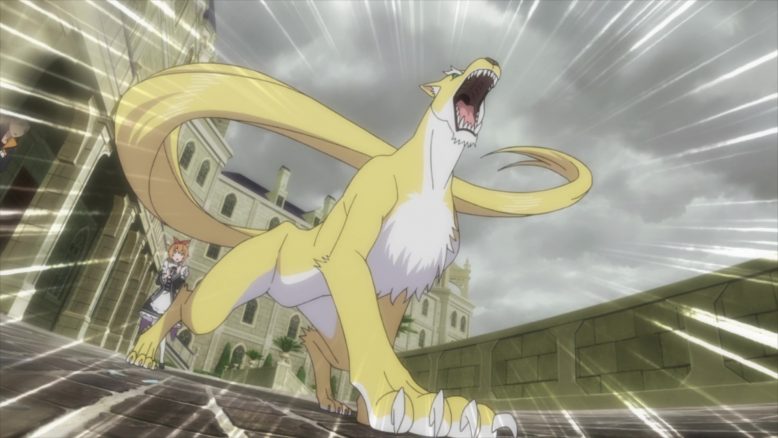 And before you say it, yes, I was wrong about Fredrica (to the show’s credit). While she certainly has her own “oath” that’s a bit troublesome, its clear by her heroic acts this week, that she’s not at all interested in actually screwing over Subaru or the rest. Thus, calling her the enemy doesn’t seem to feel right. No, Fredrica is just as much of a victim as anyone else in all of this, it seems.

And while Rem, Fredrica and Petra are certainly in danger, there’s one more party that seems less vulnerable than the rest at the mansion; Beatrice. 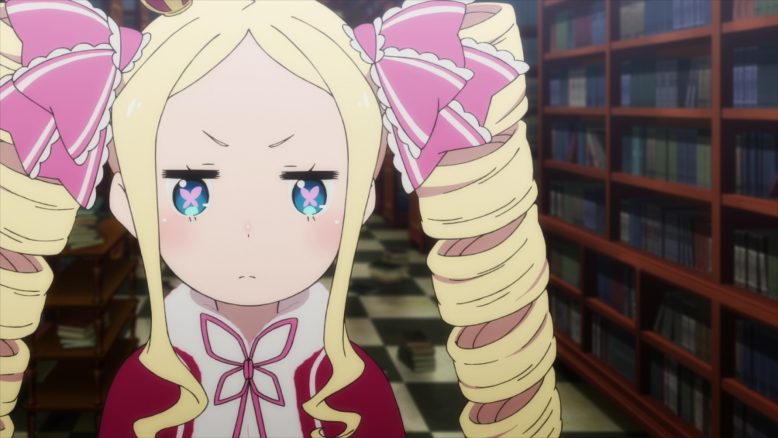 Which, incidentally is how the episodes ends this week. Beatrice ends up saving Subaru just as Elsa’s about to do him in, much to his dismay. At this point, Subaru knows he has to die, as Fredrica, Petra and Rem being dead is hardly considered an acceptable loss. Before another reset happens, however, it seems like we’ll finally be getting some answers from Beatrice next week, and potentially even getting the next part of the trial perhaps?

Its all hard to say, but its certainly very engaging and interesting. While there’s a lot that happens this week, its all very standard and straightforward. Someone is most certainly playing Subaru right now, leading him into a rather deadly trap back at the mansion. Is it Roswaal? Or is it perhaps Echidna? Or is it someone else, someone entirely unexpected? That really is the big question right now, isn’t it?