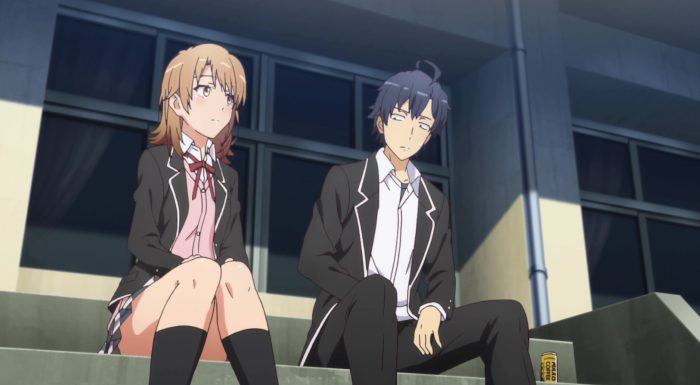 Its week three, and I’m still utterly and entirely lost. What exactly is Yahari Kan driving at with the stuff its presented to us thus far? Why is it being intentionally vague and overly subtle about literally everything? And more importantly, why is the experience of watching this series so darn… Frustrating?

These questions need answers, and fairly fast too. As we make our way through season 3 of this franchise, I can’t help but keep looking back to the past, my sad attempt to make sense of what exactly is going on here. And honestly, after watching the beginning segments of a few episodes from season 2 and then comparing it to what we got this week, I’ve realized that at least one major difference is pretty blatant on close inspection. 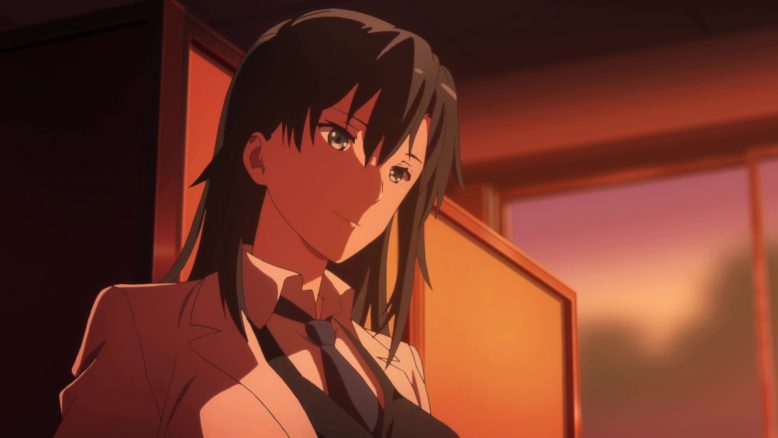 Unlike the previous seasons, Each episode in Yahari Kan feels like its less so a stand alone story, and more just some weird broken piece of a choppy whole. Pacing may very well be an issue here, but its more so the fact each of the three episodes we’ve seen, can’t stand on their own. There’s no central theme, no big event or moment that is the crux of each week’s episode.

Its something that I think was used to great effect in both seasons 1 and 2, where each week, the show would either continue to whack at a strong issue that was ailing the core cast, or some new crisis or event would appear. That’s the thing that I feel is really missing from Yahari Kan thus far, a central driving idea to make each stand alone episode worth watching, in some way. 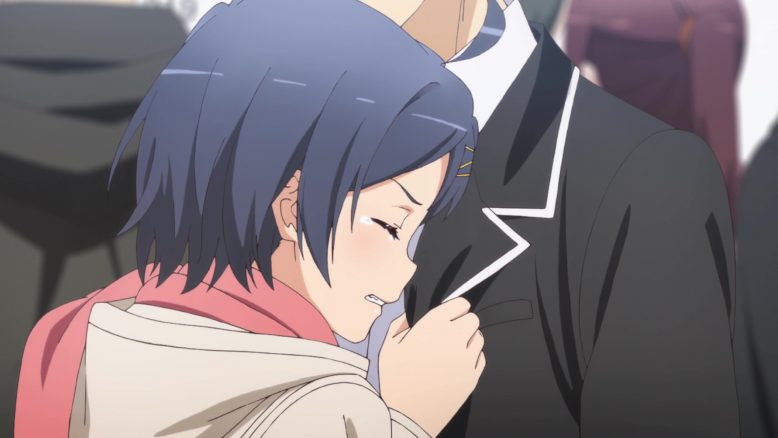 As it stands, I feel like I’m just watching meandering thoughts and vignettes about Hachiman and those around him, rather than seeing some grand story play out. Some scenes hit better than others, like Komachi getting into the school, Yui and Hachiman’s dance scenes or Hachiman’s little comment about how Prom isn’t really his thing, but even those stronger scenes feel disconnected from each other and the rest of the episode. To that end, I get that Hachiman and the lives of those around him are definitely continuing to truck on, but there’s just a weird undercurrent of everyone avoiding the core things that they’re worried about, and instead just kind of being mellow.

Everyone in this show is going through a weird, depressive phase, and its honestly not that engaging to watch. We’re slowly trucking through the whole Prom organization thing, but really even that feels like a side show and largely unimportant in the grand scheme of things. 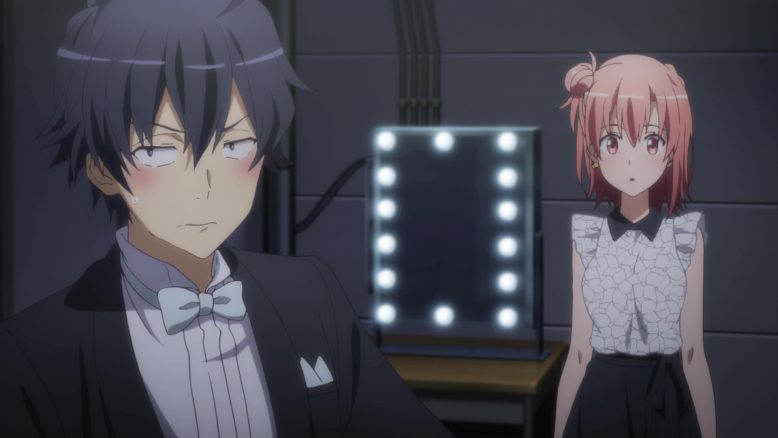 Look, I get that Yahari is in no rush to resolve the core love triangle that I want to see the conclusion to. I get that, I do, but I want SOMETHING to keep me engaged or entertained in the mean time. Something has to happen, beyond just characters having one off heart to heart conversations where each side doesn’t properly come out and say what they mean.

Iroha seems to be oscillating between trying to get close to Hachiman, and avoiding pretending that she doesn’t want to. Yui is still very much depressed about how little of a chance she thinks she has with Hachiman. And Yukino? Yukino just seems to be focusing entirely on the Prom, while also being about as robotic and uninterested in it all, as can be. 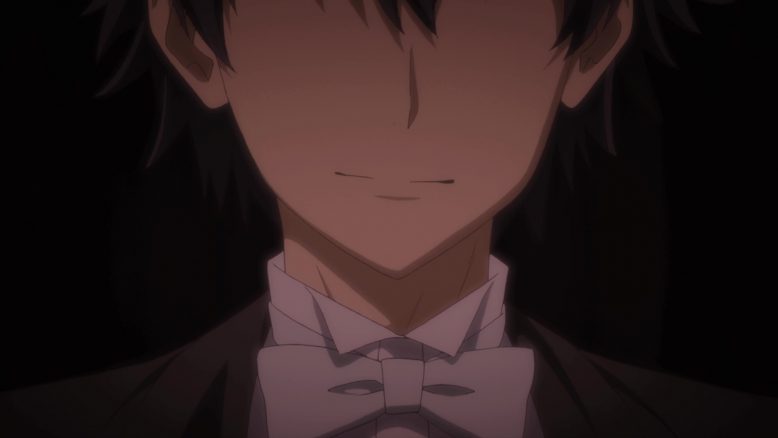 Its just odd, seeing these larger than life characters suddenly become so docile and quiet. And yes, I realize that my posts on this show are negative, perhaps more so than even the show deserves, but I just can’t find anything too interesting despite my desperate searching.

With only 10 or maybe 13 episodes, there’s also not a lot of runtime here, and I just don’t think the show can afford to dilly dally like this for much longer. Thankfully the preview seems to be hinting at some kind of big event next week. We need that badly, because I guess at this point, my patience as a viewer and a fan is wearing a bit thin.