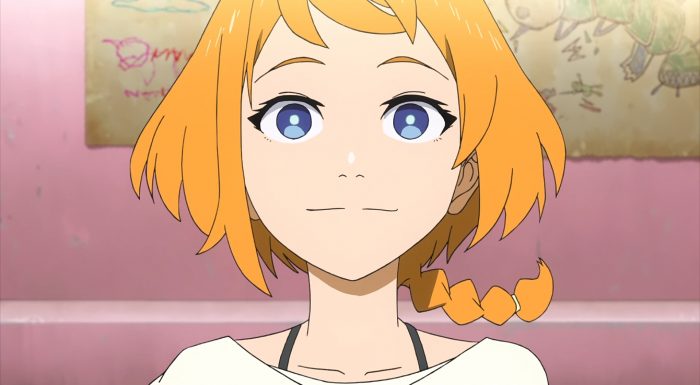 Now this was a pretty solid first episode. It’s always nice to see when something original shows up and can establish itself right out of the gate. In a time where sequels and adaptations are nearly the entirety of regularly airing anime, it is nice to see something original show up and actually be good. This episode did a good job establishing everything it needed to. We got a good feel for our main characters, their world, and all while dropping some interesting hints about mysteries under the surface. And honestly I’m really curious to see how things are going to play out for Natsume and Kaburagi. 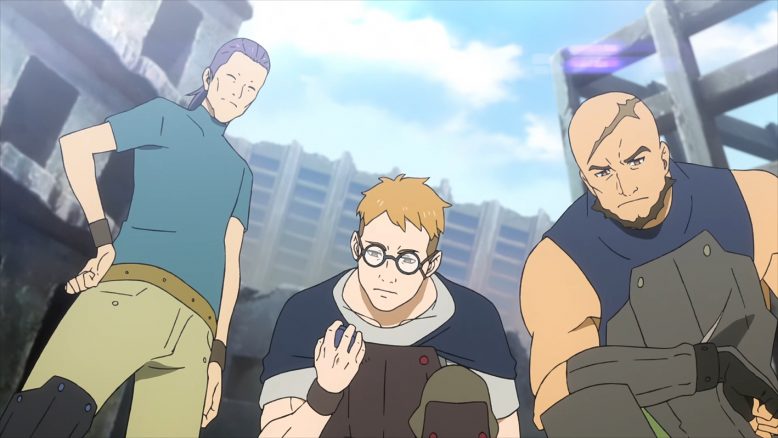 For one episode it really did set up quite a few curious mysteries. What was up with that scene at the very end of the episode? Heck, how does it all tie in with the strange stuff Natsume’s father found at the very start of the episode? Just what is the secret of the world beyond what we’ve already seen? Is it more than simply some post-apocalyptic setting? Is there some secret aboard the Deca-Dence itself or does it go beyond that? I don’t know, but the fact that the show has me curious to see where things are going to go is a good sign. 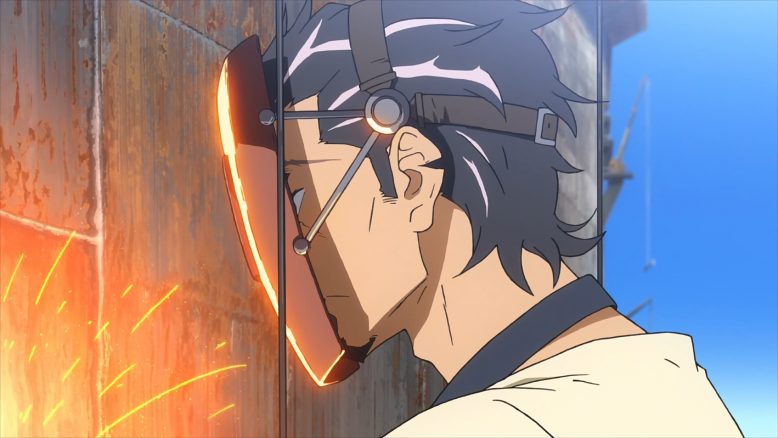 Of course the major pull comes from our main characters here. It does seem pretty easy to compare them based on their surface level qualities. Natsume is the energetic girl with dreams and desires to go beyond where she currently is. She wants to fight, but she also wants to change the status quo and lead to something better than simple survival. Kaburagi appears to be the cold realist that has given up on whatever dreams he may have had and simply does his job without dreams of the future.

There does appear to be more to them than just that. Although I would say the biggest signs of that come from Kaburagi himself. This guy is secretly keeping a Gadoll ‘pet’ onboard. That’s pretty darn surprising in general, but it shows there is a lot more to him than meets the eye. Beyond that we get to see him…cleaning up bugs. There’s all sorts of questions about what kind of ‘error’ that guy was suffering from and why he had to be taken down and his chip claimed. Of course it simply opens the question of ‘why is Kaburagi being tasked with that kind of job?’ The final hit came from seeing this guy fighting on the front lines like some kind of combat genius. While regular Gears were getting slaughtered, this guy was doing the slaughtering. Why is he cleaning up instead of fighting full time? 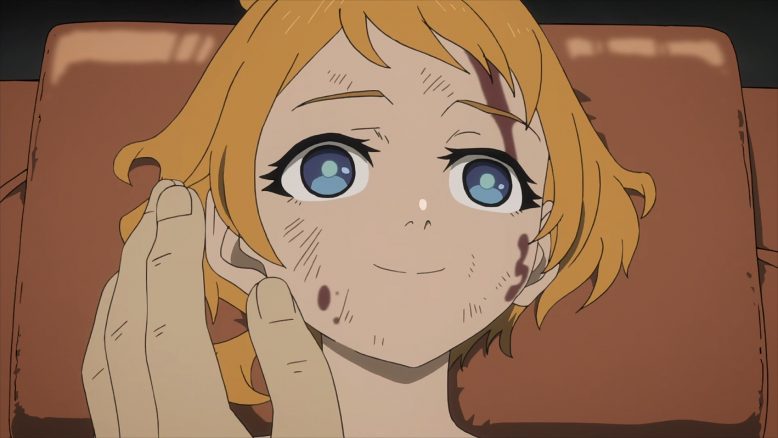 You don’t see a main character in anime with a lost limb every day. It isn’t completely unheard-of, but Natsume does still stand out in that respect. She’s been left with that prosthetic arm after that incident in her childhood. Likely her father also passed away on the day she lost her arm like that. What a brutal day even if she only lost her arm there. One day she was taking a childish risk by heading out into the world to spend time with her dad. Then her arm is lost, her father at some point was lost, and the dreams that incident may have created in her…can’t be easily achieved because they have a bias against someone who has lost a limb like Natsume. You just can’t help but like the girl and want to see her achieve. 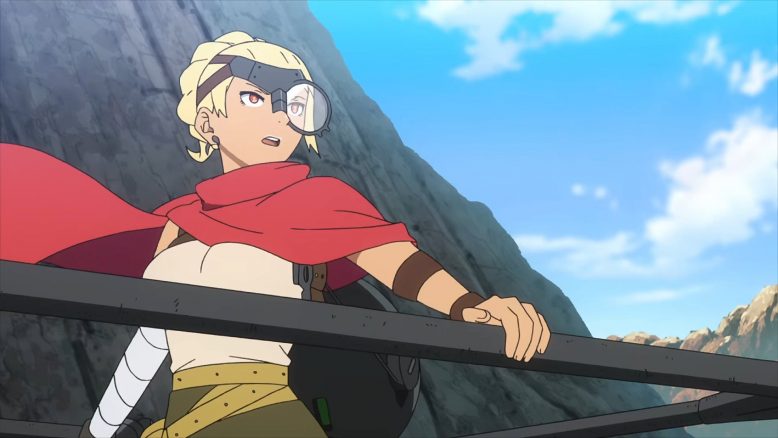 The battle itself was honestly pretty fun. This is a solid combat system that they’ve devised. Their enemies have energy fields that have to be dealt with. If they can deflect long range weapons easily then it also makes sense why soldiers have to get up close and personal. They also get a pretty cool degree of maneuverability. Of course it depends on the skill of the wielder whether they can fight at all or if they just get killed right away. While a bit traumatic and nausea inducing, this was a great moment for Natsume. She got to experience this kind of combat first hand. And she got to do it from the relative safety of being attached to an unbelievable fighter.

When it comes to first episodes, this one definitely caught my eye. There’s so many places they can go with this. But of course I hope that they’ve planned out the story carefully. One risk with an original show is trying to do too much and running out of time to actually achieve what they set out to do. But this first episode was really good. I want to see more of this setting and this cast. Can’t ask for much more from a first episode. No idea if I’ll pick this up for the season. But, this episode was interesting enough that I did want to really talk about it.