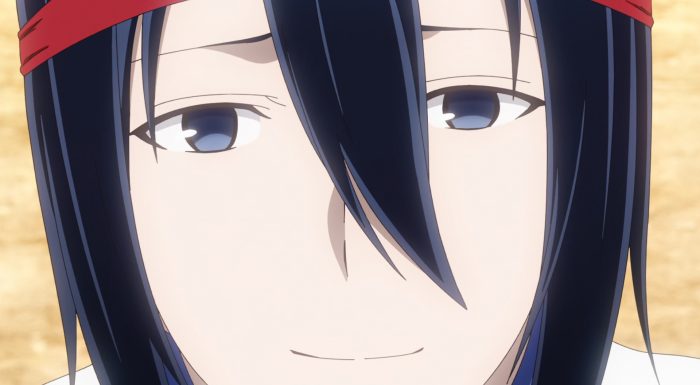 Wow, this episode was a ride. Just a wildly emotional episode that was honestly hard to watch at times because of how strong it was. This was the Ishigami episode and one that really just dropped his history right into our laps. It is hard to really get across how I felt for Ishigami in this. He reached such a hopeful and high moment early in the episode with the performance. Just having a good time for one of the rare moments in his life past that big incident. And then he just got dragged back down into the darkness. Just a few words were enough to almost destroy him all over again. But for someone that has been through what Ishigami has…that’s all it would take from the right person. 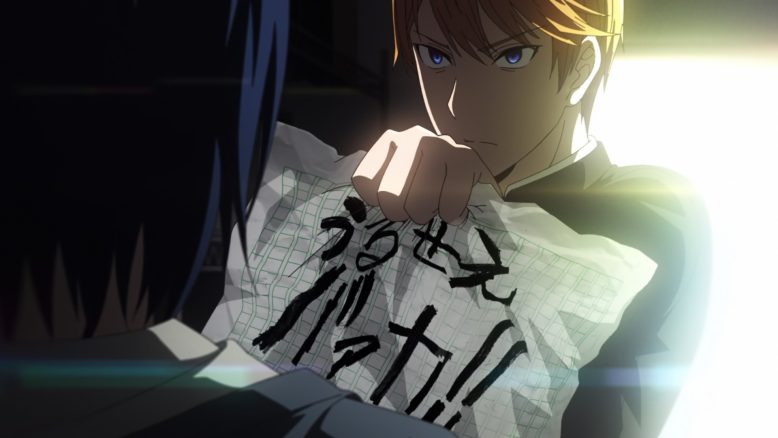 There wasn’t a ton of Miyuki in this one, but his presence was powerful. It’s something great to see how he just stepped up and truly saved Ishigami. Of course it wasn’t his efforts alone. You Iino’s stubbornness about the injustice of preventing him from going to high school and the principal of Shuchiin responding to that. And the student council as a whole stepped up and investigated things surrounding the Ishigami incident. It was a team effort. But it was the words of Miyuki that broke through the darkness surrounding Ishigami. And it was his over the top nature (that he may have been embarrassed about later) that won him over. Letting Ishigami know his battle had meaning and also that he should fight back against that whole apology letter business. Good on Miyuki for being a great guy.

And of course I like that he did tackle the situation in the past and present well. He wasn’t going to condemn or praise Ishigami for the methods he used. It is a totally fair critique that he could have handled the situation smarter than he did. Losing his cool in a rage fuelled by his sense of justice put him in a bad spot. And yet it is also fair to say that his decisions did lead to protecting what he wanted to protect. If nothing else is said about the incident it is fair to say that much. His efforts weren’t in vain. 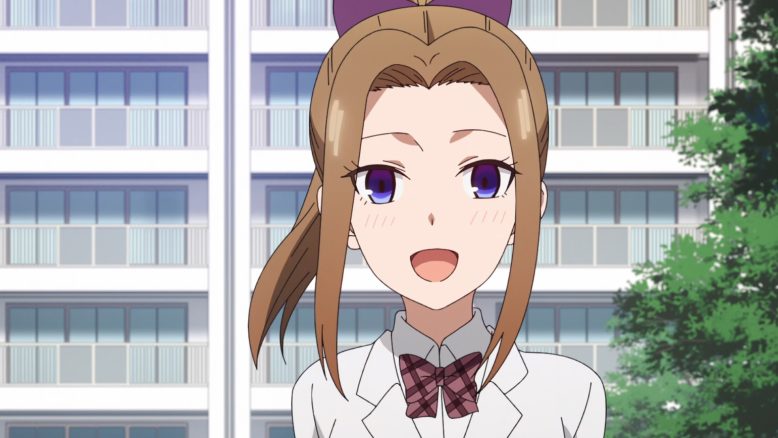 Weird how things work out though. It’s utterly frustrating in a lot of ways to see Otomo so utterly blind to the truth. And no doubt it was felt in that way by Kaguya. But that’s what Ishigami suffered to protect. Letting her know the truth and having it crush her with guilt would go against what he stood up for in the first place. So the best thing for Ishigami is to let this girl live blind to reality. Never knowing that her boyfriend was human scum, that he was making sex tapes of her, was willing to use her as a bargaining chip so he could sleep with other girls, etc. Thinking Ishigami is some villain that screwed up her dream romance is just how things will have to be. Sadly Ishigami overrated how smart Kyoko was. 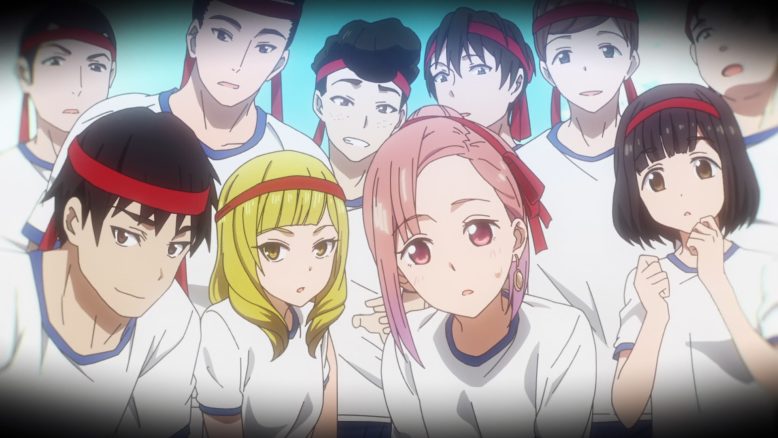 Of course there is a lot I love about how things played out near the end. Got a very nice bit of progression with Iino even quietly cheering on Ishigami and also being one of the first people to want to head his way after he was down after the relay race. Of course she was so quiet he probably didn’t hear her and she wasn’t the one that reached him in the end. But I think this is a case where the thought counts. And it does mean something. A minor step towards possibly getting along with him someday. I can’t see it happening without banter, but I think there’s a road forward there.

The big thing of course was Ishigami finally opening his eyes and seeing the people around him. This whole time he’s seen the other members of the cheer squad. But he hadn’t really seen them. Koyasu was the one who reached him first and soon the others were there as well. And eventually that group that wasn’t part of the student council was truly visible in his eyes. He may be unable to shake the cheer squad as being a bit too silly for his tastes, but he’s finally realized that he isn’t alone. Maybe he’ll never truly be accepted by the student population as a whole. But he’s accepted by people that understand the kind of guy he really is. And that is most definitely a valuable connection. 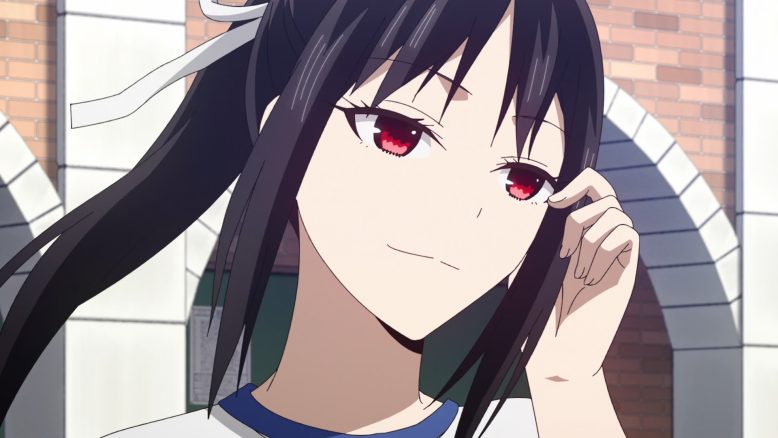 I’m going to just say I hope Kaguya was being deceitful about the fate of Ogino. I wouldn’t regret it in the slightest if she abused her connections to make that guy’s life a living hell. It may be that he really was too scared of Ishigami to ever go anywhere near him or Kyoko again. Maybe he transferred under his own wishes. But…I wouldn’t mind it if Kaguya sent his family packing to some far corner of the country either. Either way, I’ll be glad if that dirt bag never appears in the franchise again. 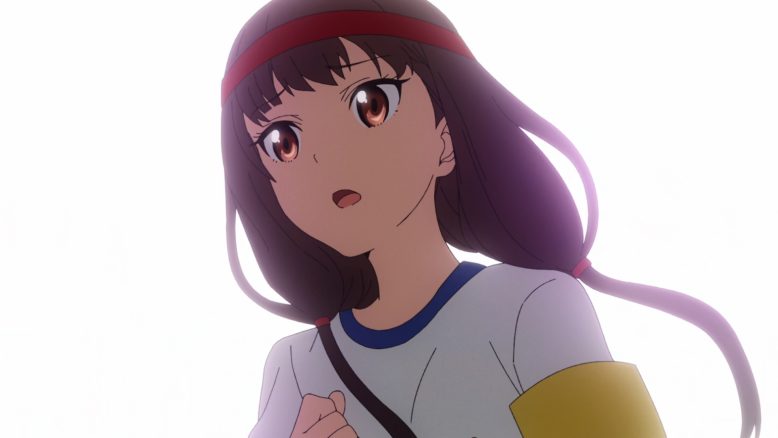 And yeah, this episode was truly outstanding. It was hard to get through the parts where Ishigami’s life seemed to go right off the rails. Where everyone rejected him and sided with Ogino. But…it is what it is. The high points of the episode more than made up for the painful parts. This wasn’t an episode that existed to make the viewers hurt. This was an episode that made you hurt, but let you rise higher by the end because of it. Ishigami’s past was painful. But his future looks pretty darn good.