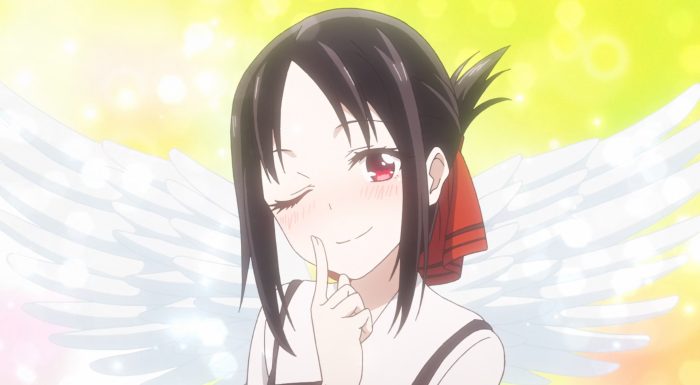 It is good to have this show back. This episode was mostly just easing back into the setting and having some fun with it. The last season built more into larger scenes and connections between them. But this fit more into the early going of that first season with a few skits that while not connected were rather entertaining. Maybe that’s not entirely fair since I’d say much of the episode focused on Chika’s game. But overall it simply felt like a fun little return to a series that I really enjoyed the first season of. 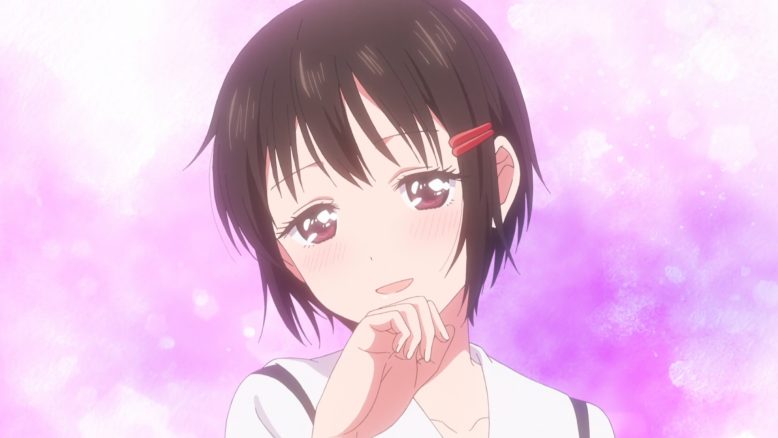 There was a lot to enjoy here. The cast were their absolutely crazy and yet enjoyable selves. Not often have I seen people appear to plot murder with toilet paper and yet…here we are. In some ways that is a fairly ironic thing to use in comedy, but I will ignore that easy one for the time being. I do wonder what the heck that dumb couple came to the Student Council for in the first place? Did they simply show up to gloat and/or mess with them? One thing I kind of liked was that even by the end it wasn’t clear just how far those two have gone. I suppose the key is that it was mostly up to Nagisa. Even the appearance and behaviour of her boyfriend radically changed over the summer in a direction that suited her. 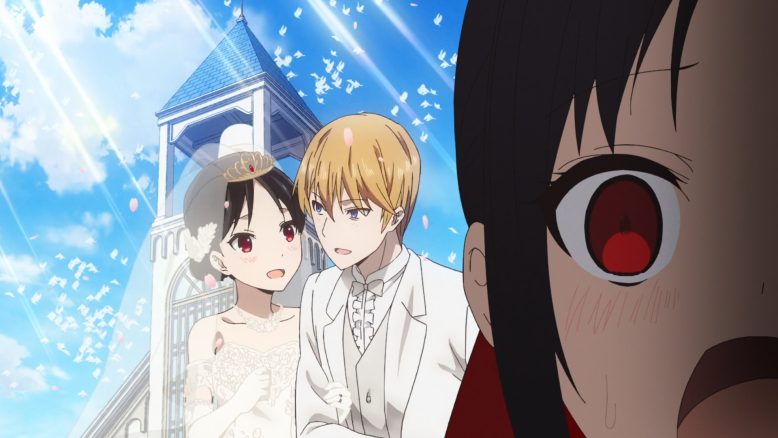 The board game was good fun in its own way. It very much fit Ishigami to get wiped out on the first turn…While it is just luck, I tend to agree with him that they should toss instant deaths from the game. It’s already a good enough setup to have people competing on their way to the top of the game board. Having players just get killed off through pure chance isn’t something I’d keep in there. It very much fits Ishigami in being the nice guy that gets everyone to play the game, but he’s also a pretty serious critic who gives a list of things for Fujiwara and her club to fix before getting anyone to play the game again.

Poor Kaguya…she really did both win and lose that game in one move. In some ways Ishigami had it easier in dying off before he had to spend too much time suffering through it. An absolutely brutal psychological beating she took there. Shirogane getting married in the game to Chika was cruel. But even beyond that was the constant babies that couple were having, Kaguya’s intense loneliness at the top, and even when she had some hope to marry Shirogane it was dashed by the rules. That was one sad yuri couple… 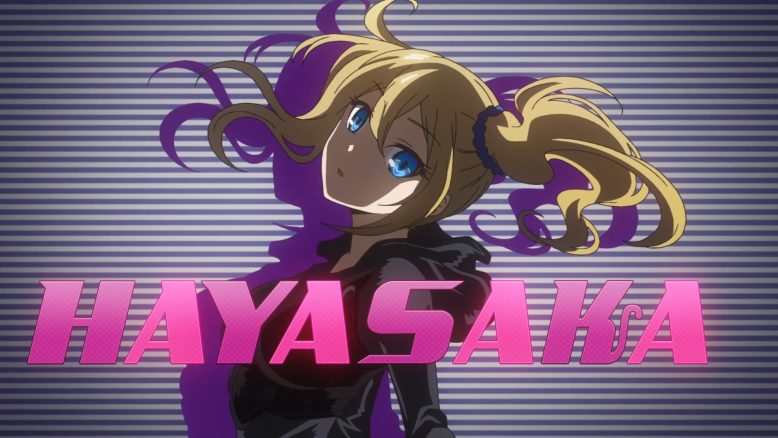 I just want to give full props to Hayasaka for being a god. The efforts she puts forward for Kaguya is incredible. All that crazy work and nothing came from it. Maybe it did max out as far as Kaguya was willing to go. Just having Shirogane’s head resting on her was probably enough to shut down her brain for a long while. That is one impressive assistant. Of course that was clear with how much she did for Kaguya in season 1, but a big reminder of her skills wasn’t a bad thing at all to give us.

We started and finished with cute Kaguya moments thanks to the whole birthday focus. Hopefully that does lead to an actual episode focusing on Kaguya trying to celebrate with Shirogane instead of just passing over it next week. Also it is funny that Chika and Ishigami share the same birthday. Poor guy gets chewed out because he happened to be born as the same day as Chika…Truly, Chika can be a fun and really good person. But she can also be incredibly selfish. The most fun thing though was why Shirogane wanted to avoid talking about birthdays and how Kaguya interpreted it. She went so incredibly dere there it was pretty darn awesome to watch. One of those times where Shirogane wins and doesn’t even know how it happened. 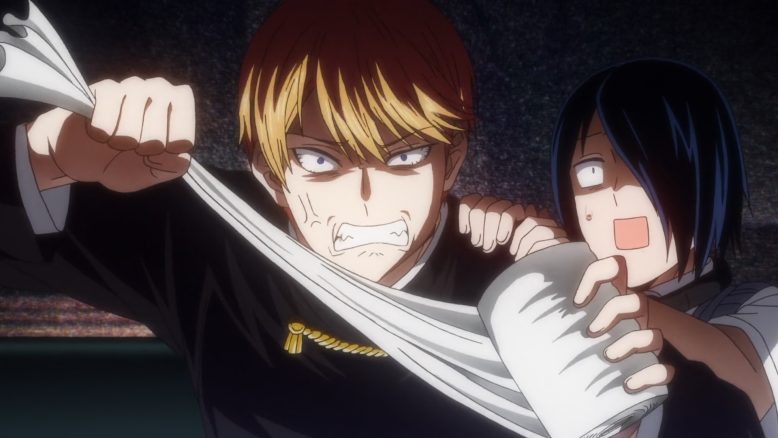 I’m definitely happy to have this one back. It had a pretty different feel in terms of how the first episodes opened up. But this was pretty darn solid. I wouldn’t say the OP we saw matches up quite as well to the previous OP. But that song was pretty darn glorious and any new opening was going to struggle to match up. At least the visuals are still fun, even if they aren’t quite as utterly crazy this time around. We’ll see what the next episode leads to. But so long as it doesn’t implode there’s good chances I’ll keep up with this one.