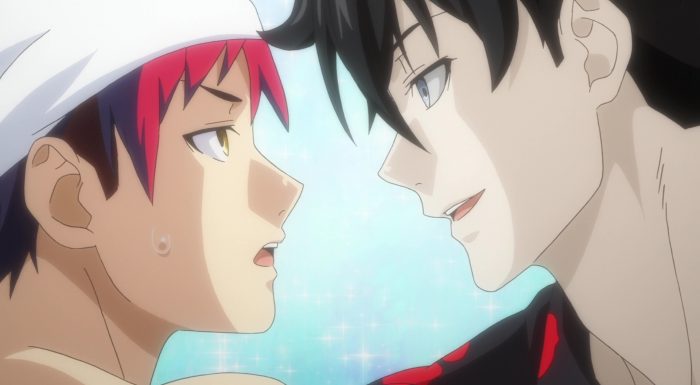 Shokugeki no Soma is back, for one more round. The big question, however, is STILL whether that’s a good thing or a bad thing?

A tough question indeed, and one that remaining fans of the franchise will probably continue to ask themselves as this fifth and final season slowly but surely plays out. For its part as the first episode and season opener, “Final Exams” served as little more than a reminder of what this franchise is at this current point in time. 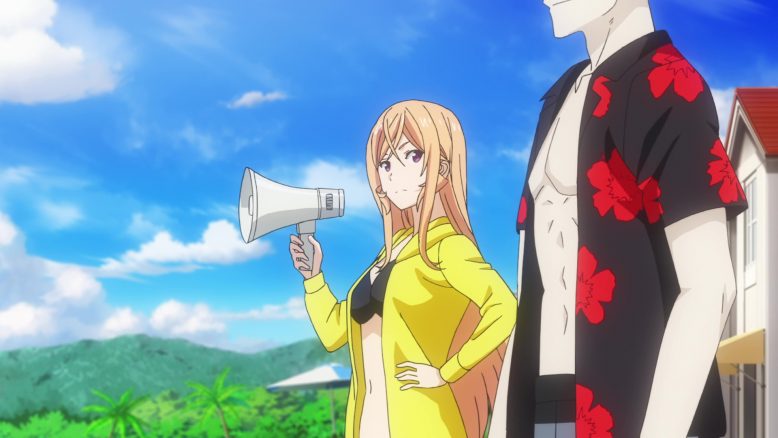 There’s not going to be any drastic changes from what we saw in the previous seasons, and it does seem like the tone and style that the show settled in with the third and fourth seasons, is here to stay. Realism and slice of life has kind of been thrown out, and the outlandish and fantastical is here to stay.

Whether you continue to watch or enjoy Shokugeki no Soma, depends entirely on your opinions regarding the franchise’s shift in storytelling style and tone. Shokugeki no Soma has definitely always been a show that’s got spectacle and lacks any semblance of nuance or class, but it was a show that got the emotion and atmosphere of what makes food and the industry surrounding it, so festive, fun and engaging. 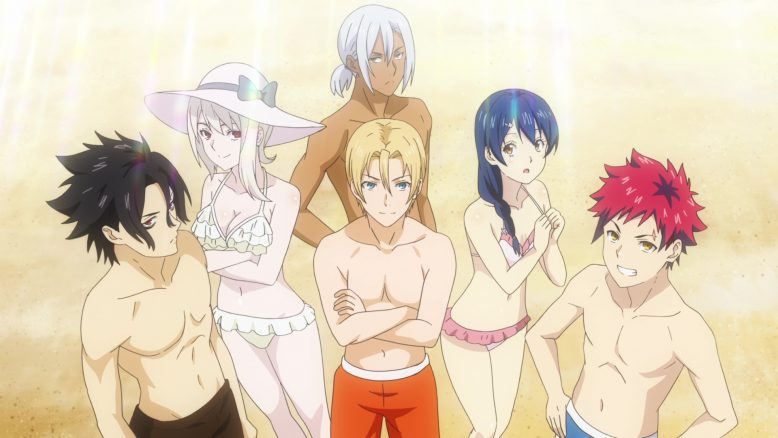 My personal perspective on the series and franchise as a whole is that I enjoyed it most when the show kept things simple and focused on making slice of life moments more interesting with an added flare for the dramatic. My favorite arcs of the franchise are the Karage Chicken arc and the Food Festival/Chinese stall arc, after all. Both of those, reach towards a similar idea that I think this week’s episode started out with.

Running a stand at a beach resort, sounds like a really fun thing that you wish you were talented enough to do. Making this a three episode arc with a solid villain, issue and build up, could have had it easily mirror or perhaps even surpass the Karage Chicken arc. But unlike that arc, which had both the benefit of time and a more realistic issue to spring board off of, this Beach centric stall episode kind of falls flat, and is very surface level. 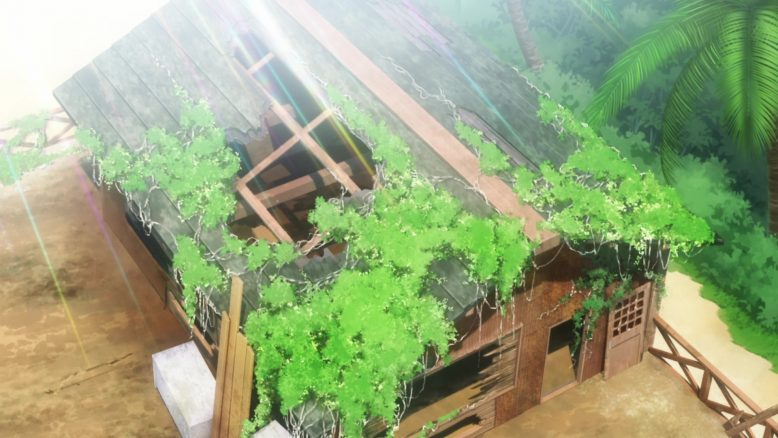 Rather than setting up some kind of issue or challenge that had any real depth to it, the Elite Ten this week are just given some really shitty circumstances to have to deal with. If this is a test at a cooking school, then it honestly just fails as a test, if only because the Elite Ten are more focused on renovating a building than they are cooking or doing something more interesting like marketing or strategy.

Nope, instead all the Elite Ten do, is lean on their particular strengths, and just kind of power through the issue at hand. The story for this week’s episode honestly feels a bit lazy, and there’s some genuine credence being built up around the idea that the franchise and story should’ve concluded last season. 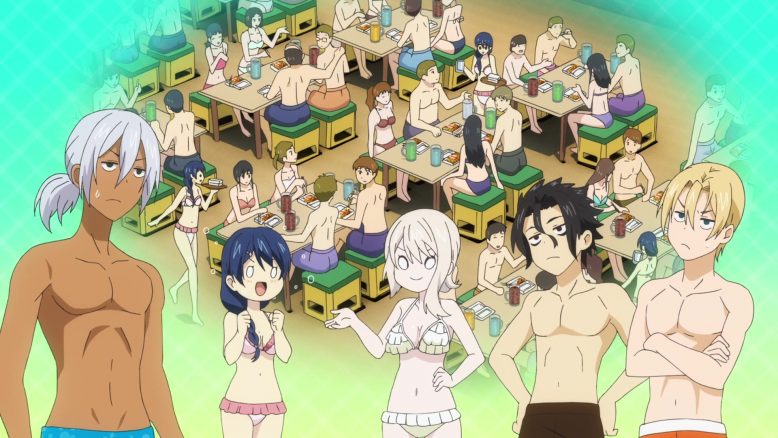 The Elite Ten being monsters that can surpass human ability is not interesting story telling. Them bickering, while entertaining, and even using their established strengths is cool and fun, but its not the best the franchise has offered.

I miss the days of the Stagiere/Internship arc or the ones I mentioned before, where the students had a real world challenge that they had to overcome, and not some shounen gar esque plot contrivance that they just powered through. 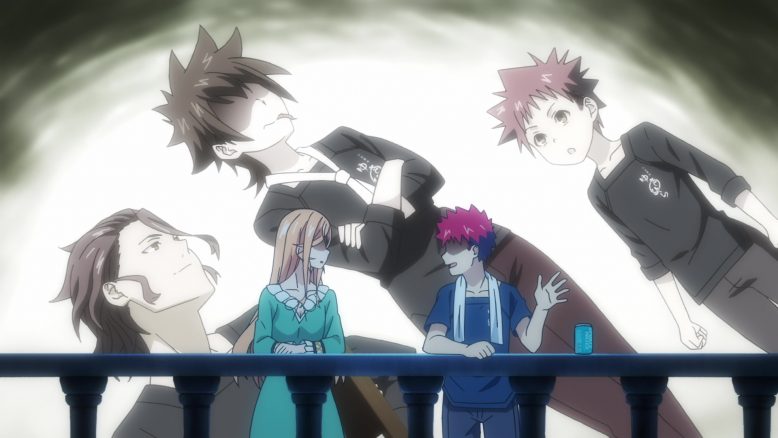 If it sounds like I’m down on this week’s episode, I guess I kind of am. A part of me just really wanted this show to give us one final bounce back and perhaps give us a solid arc before we say good bye to these characters.

Given what I know about how this story concludes (just the very broad strokes), It feels sad that even the journey to get to the end is going to be rough. The Opening and the Ending theme definitely hint at another look at the whole Family/Joichiro obsessed antagonist schtick that we got in the Central Arc. 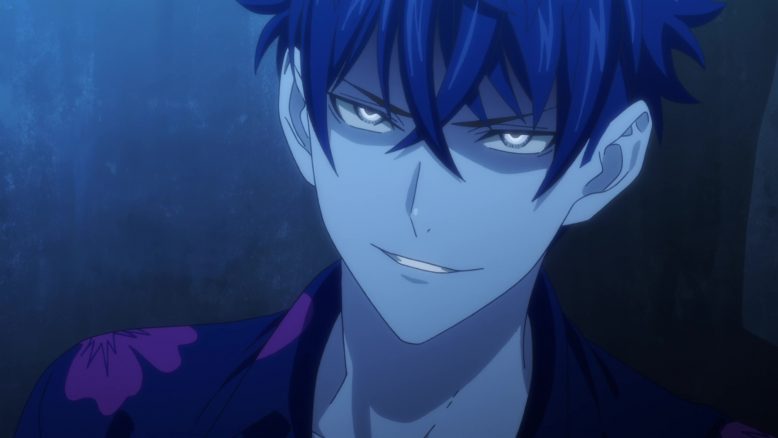 Anything that reminds you of Central, is honestly a bad sign. But I think the franchise and its writer are more or less locked into this particular brand of storytelling and I suspect that the inspiration just wasn’t there to keep this franchise at the peak level it reached around Season 2.

Having said all of that, its not all bad here. The one thing I enjoyed is the little character moments and just the general vibe of the cast. That remains the unique selling point of the show at this point, and it at least, doesn’t disappoint. Soma and Erina seem to be developing feelings for each other, and while I’m not a huge fan of that pairing (Megumi or Nikumi are much better IMO), at least there’s development on that front. 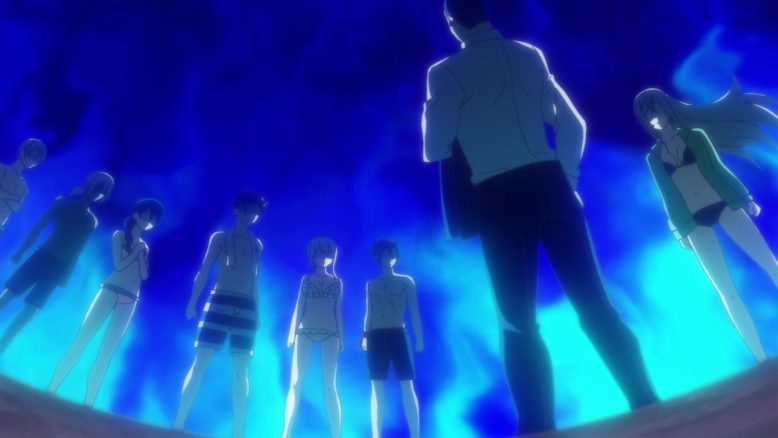 Plus the idea of a world culinary tournament “sounds” pretty darn fun. There’s Joichiro’s link to the Blue tournament as well, as just a general curiosity of how the Totsuki kids will stand on a grand stage. Personally, I want the show to focus entirely on a large international tournament, ala a cooking show like Netflix’s ill fated “The Final Table”, or maybe even Yakitate Japan’s big International Tournament Arc. I doubt we’re getting either, but well, its nice to dream, isn’t it?

As to where the larger story goes from here? I’m not entirely sure. There’s clearly something planned with this new Suzuki character, which seems to be related to vampire turned food psycho Azami. I feel like the last season changed up the guy’s skin color, but I may be wrong there. In any case, I think this guy is going to be the antagonist of this final arc, for better or worse. I suppose we’ll have to wait and see what the show has in store for us, as it enters its final phase. 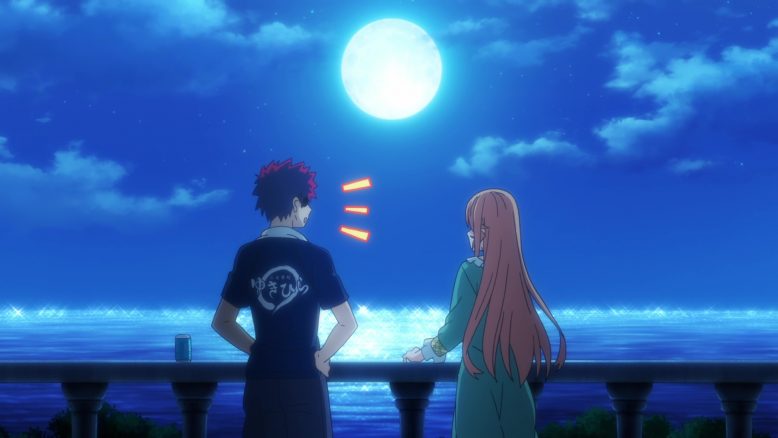 Now, before I go, I do want to at least note that I will be covering this season weekly. I know my coverage of the show last time was spotty, but personal life issues were more to blame than anything else. I had originally intended on covering three series this season, but with two them delayed, this show will probably be my focus. I’m not sure about the future of my Anime blogging career(heh) but at the very least I want to cover and finish off the stuff that I’ve covered over the years. I did it for Durarara!!, I did it for Fairy Tail, and I intend to do it for Shokugeki no Soma.

As always, thank you for reading, leave me a comment as I love the opportunity to engage and discuss, and I’ll see you next week for more musings on Shokugeki no Soma.