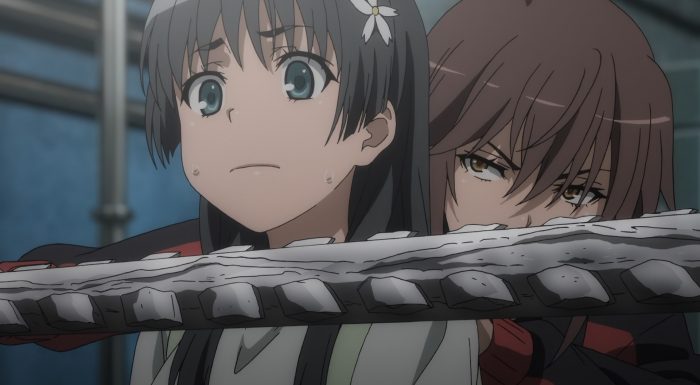 Well, it looks like tagging along with Shokuho was a really bad idea. Beyond the bad idea of teaming up with someone that brainwashed her friends, it has left Mikoto painfully far away from her clone at a critical time. In all honesty just bailing on Shokuho and getting her clone first would have been the right call. Of course if Shokuho had any sense of cooperation this might have gone smoother anyways. Mikoto could have simply caught up with her later. The two of them going after Gensei was painfully overkill. And it doesn’t appear that they found out the rouse any faster by going together. Not that they were really going together anyways. I’m not going to put all of this on Shokuho, just most of it. Mikoto should have just not bothered with her and focused on the more important thing which was finding her clone. 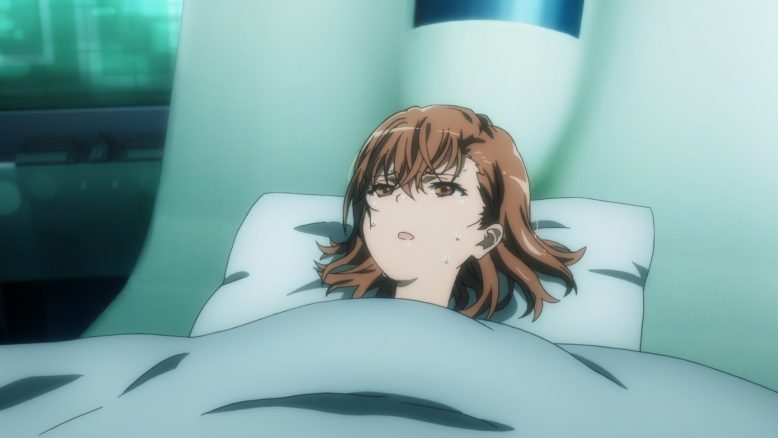 Now their only hope is…that guy cooperating with Shokuho. Well they are utterly doomed. I’m sure this guy is capable at things…but I haven’t seen much evidence he has the means to hold off an army. All the more so since Gensei is being painted as this type of villain that is always one step ahead. So whatever means is going to be employed to hold off this attack isn’t going to work or at least won’t do enough. Also I wish it wasn’t the main villain of the arc that was screwing around with Shokuho. It would be much better for that to be done by someone that isn’t going to make everything even worse than she already did. Ignoring of course my inescapable bias against Shokuho, I’m sure this coming episode will be a difficult one. No chance they make it back in time. 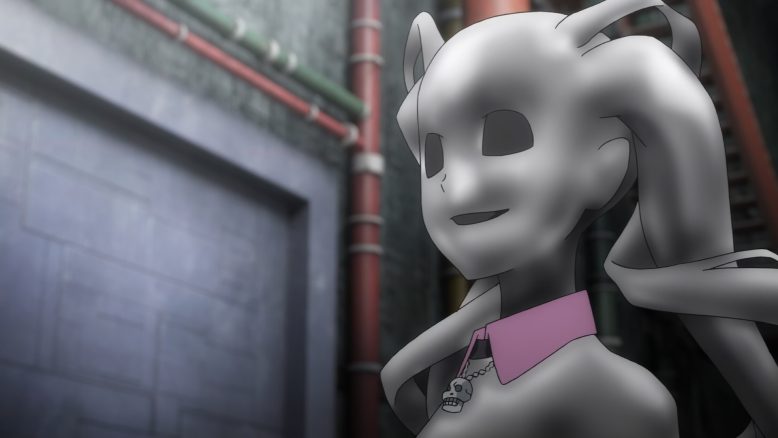 Saten has a remarkable ability to just get in the middle of things. For good or ill she does create a connection with Touma which has to play a role in this. Also I appreciate him taking efforts not to erase the luck in that charm. Although it hasn’t seemingly done her a lot of good. But since Touma is honestly more alongside the religious side of his series than the science side, I suppose focusing on things like charm luck matters to him. Beyond that we also have Saten managing to get herself into even bigger trouble by stumbling into an enemy base of operations! It is impressive that she isn’t dead. I suppose this is a good lesson that doing good deeds can come back to help you when you least expect it.

Not sure what she’ll be able to take away from this. A lot is going to depend on Saten keeping track of information between dark organizations. How much of that conversation even made sense to her? I suppose it is useful to confirm the identity of the person Kuroko and Uiharu were looking into. Although when and how this is going to lead them to Gensei is less certain. She is working for the guy of course. But whether they can track her and whether she’ll lead them to the guy is less certain. 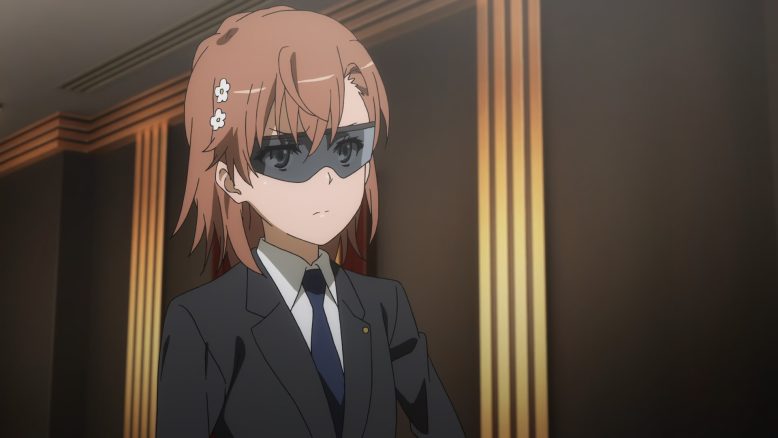 There wasn’t that much going on in this episode that can be broken down. It was a useful one of course for moving the story forward and setting some things up. The connection with Touma might play a role in this. The information Saten picked up might matter later on. Heck the little nod that something so bad is going to happen that evacuating the city is a good idea is probably hinting at Gensei’s goals. It is just a lot of little points that can add up to something big later. And sure there was fun in watching Mikoto both march her way inside and use some stealth tactics. But beyond that the episode was just focusing on a few different scenes that while not very impactful, did have important things to keep in mind going forward.