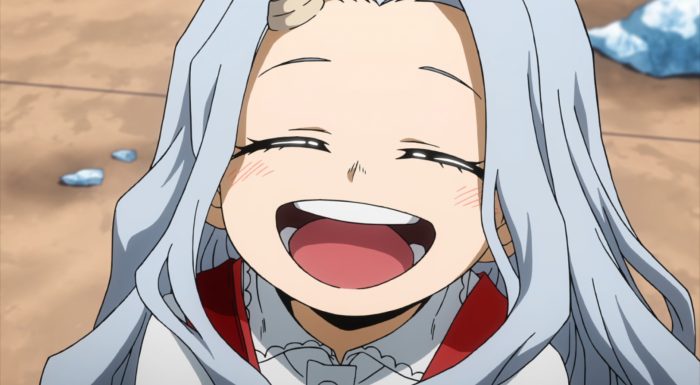 This season has really managed to rebound quite nicely. There were some moments I didn’t know what to think anymore. But these last few episodes have been a great mix of fun, emotional, and making the world feel more full and developed. We got just about everything I could have asked for here. There was of course a very fun musical sequence which I think delivered extremely well. But beyond that we got to see Eri’s smile, the beauty pageant, some aftermath from the previous fight, and even some hints as to the fates awaiting Gentle and La Brava. It was a pretty busy episode while making sure to slow down for the important moments that mattered. 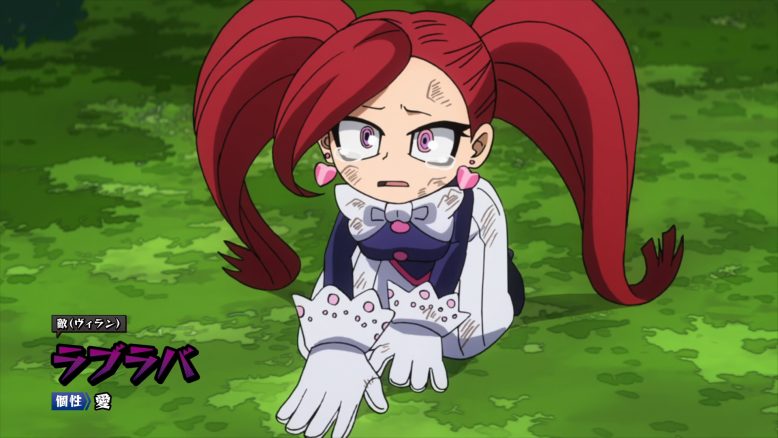 We might as well carry on from the previous episode. There was some solid aftermath as a rather difficult and confusing situation was set to unfold. Gentle trying to limit how bad things looked and keep the blame squarely on himself. Deku not really sure how to approach the situation and of course La Brava just struggling. It was a tricky spot. Deku couldn’t really just run off and just hope things worked out. As much as “I tripped” is a funny way to try to avoid the topic of a fight…it wasn’t all that effective. At least Deku played along as much as was sensible. Downplaying the incident since honestly the situation was resolved anyways. And he can certainly empathize.

Deku’s route wasn’t so far off. His recklessness in episode 2 of the show worked out fine since All Might was there and frankly the other pros weren’t doing anything anyways. But if he hadn’t run into All Might where would he have ended up? Could he have really just quietly accepted his dream remaining a dream and following a more sensible route to the police? Maybe, maybe not. In the end his actions were backed up and while he was chewed up by the pros, it wasn’t all that serious. So in part Deku can at least understand the feelings that lead to Gentle being where he was. But in the same way Gentle could appreciate the person Deku is and be glad that their confrontation happened. 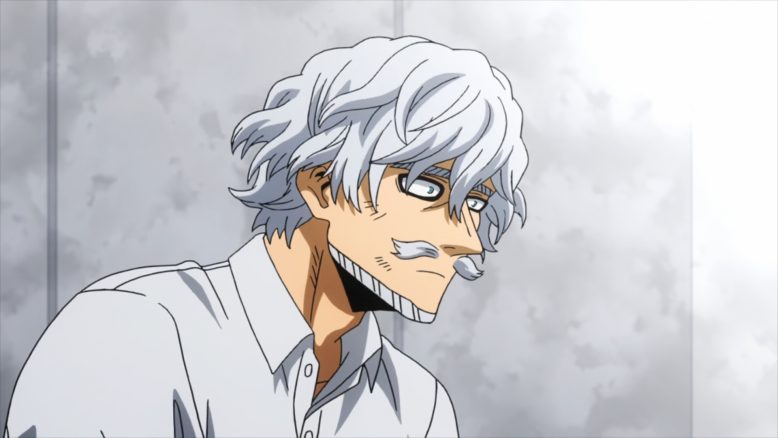 The interesting thing came at the end of the episode. The discussion with the police reflected the honest love between Gentle and La Brava. In some ways it was entertaining how she shot down any discussion about using her talents for the world. She just wants to use her talents be they quirk or hacking for his sake. So you aren’t going to get much from her unless it is towards that end. Of course the idea of playing up her situation as brainwashing just isn’t going to fly.

But it does sound as if there is an option B. It would be interesting if the police saw the possibilities. Gentle has made a lot of mistakes. But he’s also developed his talents and has a desire at his core towards heroics. He was just so twisted up that he went far away from that. If they can honestly take what he has and turn it towards better activities…the benefits would be staggering. All the more so since you’d get the cooperation of La Brava along the way. And it is true that rehabilitation and second chances can be a great option for the proper situations. You’d never get there with a Stain, Overhaul, or frankly anyone in the League of Villains. But these two? That can work out. Not immediately, but with proper time taken…who knows where this goes. 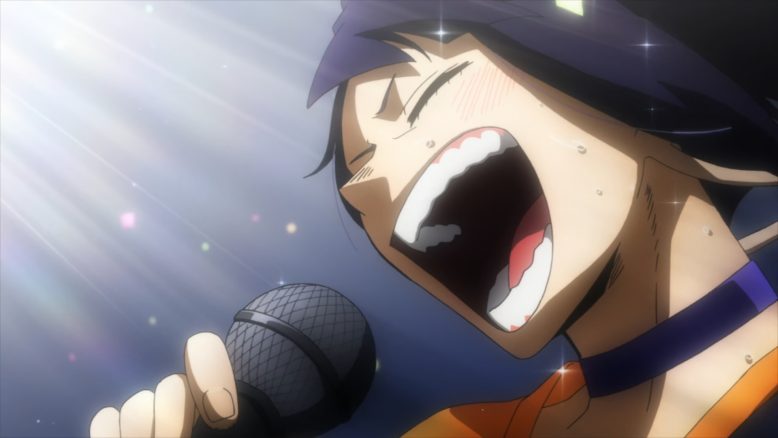 It was kind of hilarious that when Class A got to their performance…it was all chanting for Yaoyorozu. That girl is darn popular. Makes you wonder how she’d fair at the beauty pageant really…But really the performance was fun. You can compare to a lot of musical performances in anime and maybe it just falls into the middle of the pack. But overall it was fun and really did nail what the class set out to do. Jiro got to just be herself and let her talents flow. Nothing wrong with her loving music but deciding she really wanted to be a hero. And it was fun to see the kind of performance that could be put on when quirks entered the picture. Much of the second part of this season has been showing the world that these quirks exist in. Not all about the action. 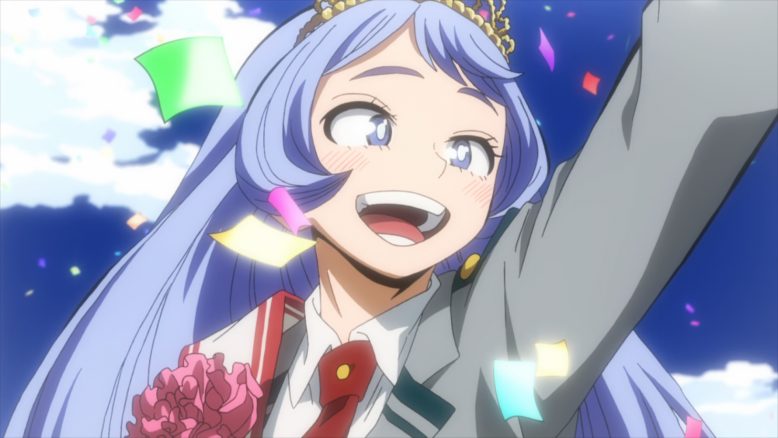 Of course it was utterly beautiful to see Eri break through the darkness. She finally is free of Overhaul. At least free to enjoy life and start moving forward. It of course is still a long road ahead of her. We don’t know what will happen when it comes to her quirk or condition in the future. And Mirio is still in a tough spot for the time being. But at least for one moment on one day, that girl found the chance to smile and dazzle. That’s perfectly fine. You can throw in the glorious victory for Nejire in the beauty competition as a nice little bonus. 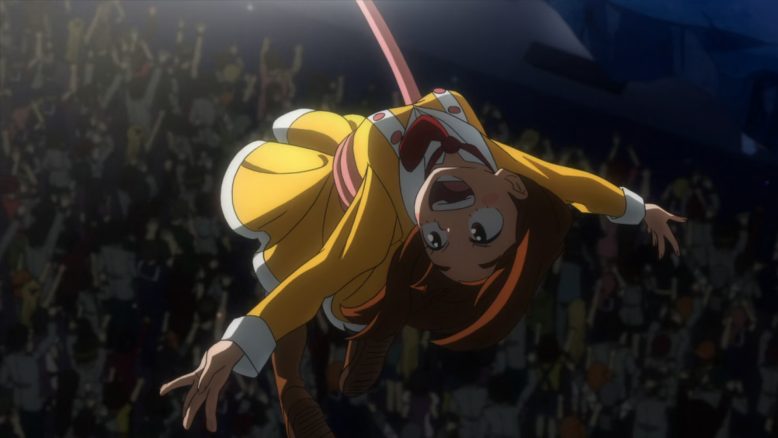 In the end this episode was just fun. And I am glad they managed to fit in a conclusion that felt appropriate. It wouldn’t have been quite so much fun looking back on this episode if they didn’t slip in a satisfying conclusion for Gentle and La Brava. They obviously have a long road ahead and aren’t just free to go. But they have a future ahead of them. Eri has a future ahead of her. And really this episode just appeared to be saying that the future was still bright. No matter the state of that world after All Might retired, there is still a future to look forward to.