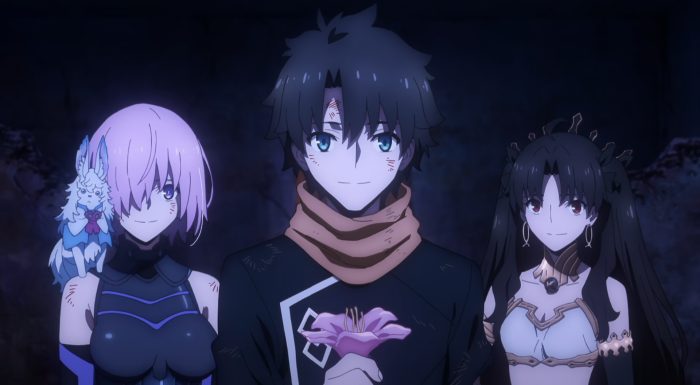 And so this fun ride has come to an end. While I knew the kind of adventure we would be getting, it was something else to truly see it animated. Some adaptations just don’t work out. This is one time where I just had a lot of fun with it. Whether they adapted something point to point like the game or whether they added some things it was all pretty enjoyable. This was a pretty relaxing finale where the big stuff had already been taken care of and the focus was just on finishing it off in a comfortable way. They went around and checked in on everyone that was still there to be checked in on. For some characters all that could be expressed was a sense of loss, but that was alright too. 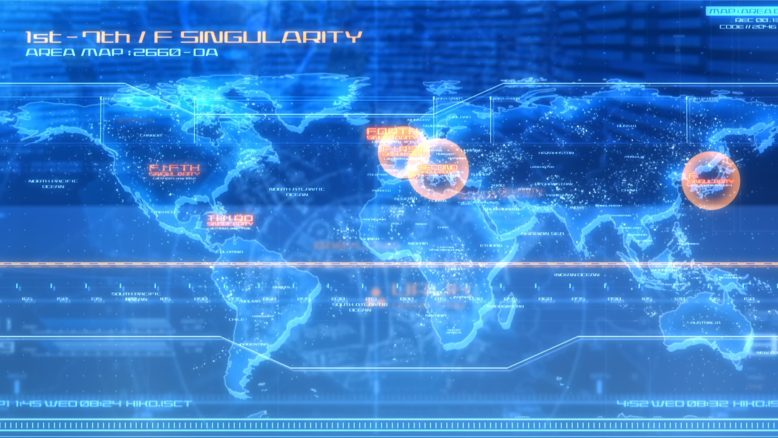 Might as well focus on the biggest thing to come from the finale. A confirmation that the story will definitely be continuing on in the future in an adaptation of the Solomon confrontation. Something I’m definitely glad for. The story in Babylonia is unique in how it does build directly to the coming confrontation. If they simply adapted it and left things alone it would have felt rather incomplete. While we can’t say when this series will arrive, the mere fact that it is on the way has me pretty excited. Babylonia itself was a wonderful adaptation, but it is nice that we’ll have the Camelot story, the Babylonia anime, and the Solomon series that can be watched like a trilogy. It isn’t the whole first part FGO story. But it is a nice chunk of the story turned into an anime. 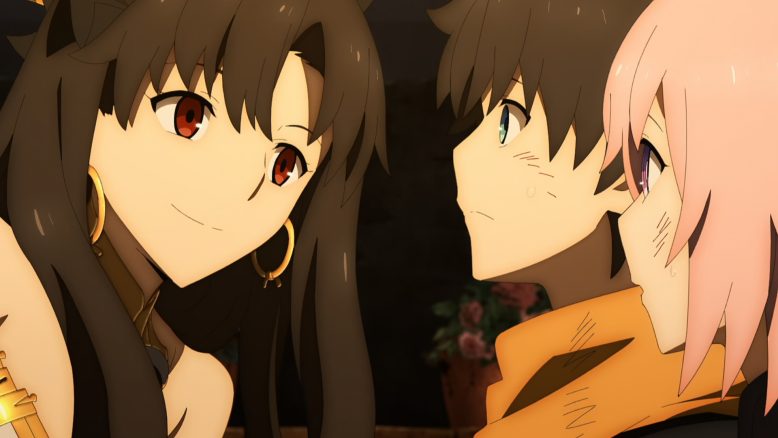 In some ways the most interesting thing for me is how Ishtar is just going to chill out there until the right time to vanish arrives. She is incredibly unique in that she’s free to do as she pleases. Unlike Quetzalcoatl she wasn’t summoned by the grail. She was summoned by a person of that age and clearly can sustain herself just fine even though that person died quite some time ago. I’m sure she’ll find a way to stay mostly out of trouble. There isn’t much else she can do really. The age of the Gods has passed, the threat has passed, and while Gilgamesh is clinging to life there isn’t much point in picking fights with him at this stage. But she did put in a lot of work, earned her prize, so she might as well live it up until she’s satisfied. 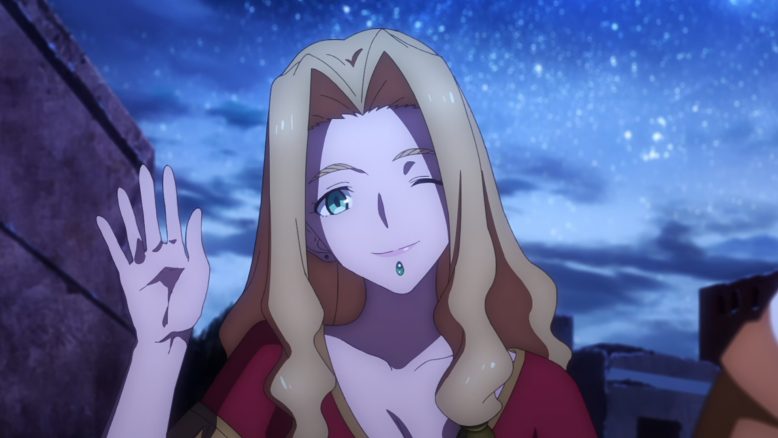 There were just a lot of nice little moments. The farewell from Quetzalcoatl Jaguar Warrior were pretty nice. It didn’t feel all that crazy to say that Jaguar was off recovering Quetzalcoatl and thus neither of them had the time to show up for the final battle. It was also kind of nice to see her in a more casual look. I also kind of wish they had some time to throw in Quetzalcoatl putting Merlin into some holds to make him pay for tricking her to throw the axe. It was of course the only way at the time, but would have still been fun to see.

It was nice as well to have a little moment between Merlin and the cast. He can be a real frustrating guy at points, but also pretty likable. It does make me like him a bit more than I did even playing through the story. He had watched many things from his tower. But this was one time he did want to get himself involved. It is a bit of a comfort knowing that he isn’t vanishing so much like the rest, but rather just going back to his tower. It is too bad that we couldn’t have one last moment between him, Ana, and the main cast. But that’s just how it goes. 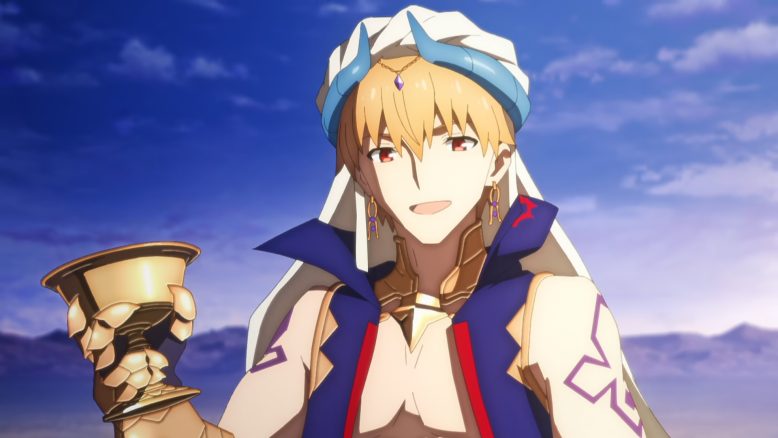 Even Gilgamesh got his moments. You can say he’s really the biggest beneficiary of this adaptation. While he was definitely a key figure in the game, it just feels like he got way more moments to shine here. They took advantage of the adaptation opportunity to flesh him out a bit more. Both in the present and looking to his past. While I obviously am aware of the “Epic of Gilgamesh” it isn’t a bad thing to continue looking at some major moments in his character arc and show how he got to the point he is now. 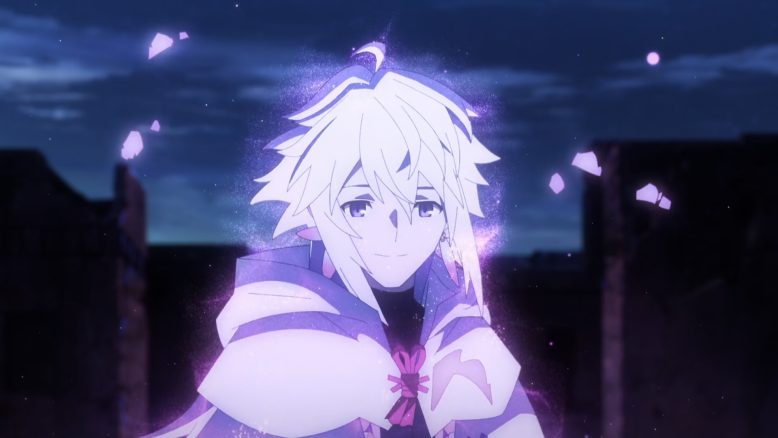 In the end I had a really good time with this show. You can’t always expect an adaptation to impress. All the more so when you know the source material and are going to be comparing it every step of the way. I do think this show worked thanks to the differences though. A mobile game is just a different creature from an anime. They can’t do everything the same way and sometimes need to change up events to make it work. Weirdly one thing I always remember from a comedy series is “understand the differences of the media.” An anime isn’t a game, a manga, or light novel. They all have their own ways of creating entertainment and a good adaptation finds a way to make it work in the media it is adapting to while keeping as much of the best parts of the original as possible.

As a whole I had a lot of fun with this show from start to finish. The prequel episode focusing on Mash did a good job establishing her character and the setting. Then we had strong opening episodes. Some really fantastic moments early with Ishtar, Kingu and Mash all annihilating demonic beasts in their own ways. Ana was a true treasure for much of the show. And really they continued bringing nice moments that I can look back on fondly. It wasn’t a perfect adaptation and there are differences that I personally wouldn’t have chosen to go with. But, overall I think they absolutely nailed what made this story work in the game and made it work for an anime. 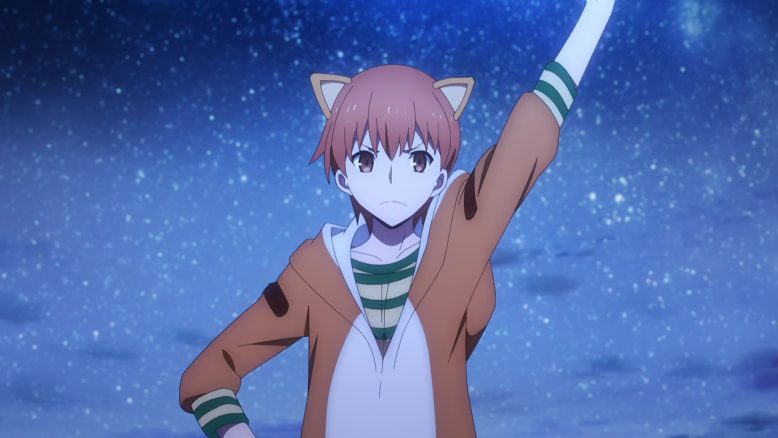 I will honestly miss this one. But it is easier to tolerate that feeling knowing we’ve got more on the horizon. If they’ve confirmed when this is coming I haven’t seen the information. But honestly, the best thing they could have done was confirm we were getting a Solomon adaptation. That alone is enough for me. For now though, I’ll say farewell to this anime. There were ups and downs, but overall a really strong show.