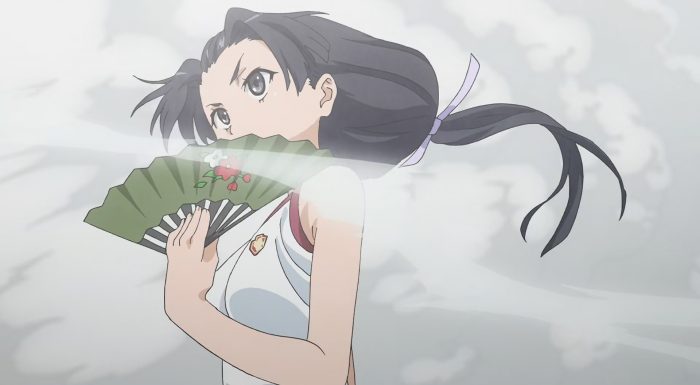 It appears Mikoto isn’t the only one who is going to be rather angry in this arc. This was definitely time for other characters to shine. And I’m honestly happy to see Kongo, Wannai, and Awatsuki all get a moment to show off their personalities. There was also a nod for Saten who I’m sure will get a chance to play a role in these events. She may even be the first person who realizes that her memories have been messed with. It has already started for her in spotting Gekota merchandise and reaching a “huh” moment. But, we’ll see what happens. Not easy to overcome that kind of power. Though we can hope that Misaki was sloppy in her brainwashing since why would she worry too much about a Level 0 like Saten? 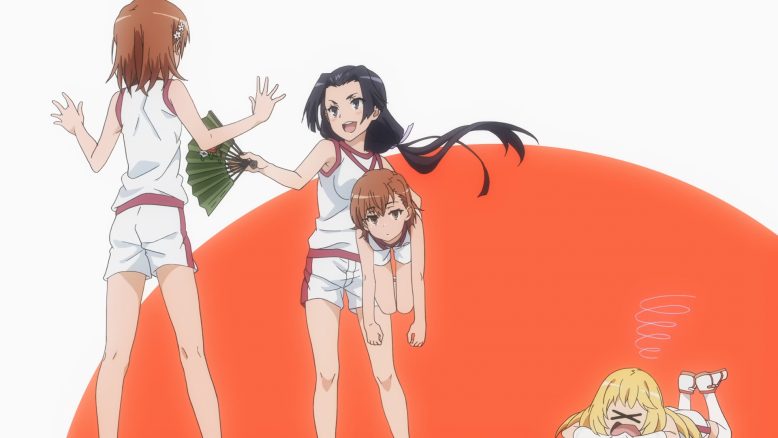 Honestly, best character of the episode was Kongo. I loved seeing her step up here and show what a great person she is. And for all her dorky and silly moments, she isn’t stupid. She was the first to note that Mikoto couldn’t really trust her to just bring information. There’s no way for Mikoto to know if she wasn’t already brainwashed or if she’d get brainwashed along the way. It just wouldn’t be sensible to trust her information. And she did put a lot of time into investigating what was going on and did suspect a third party was connected to the clone kidnapping. Of course being blessed with great friends was important. But it is easy to say that Mikoto is also blessed having such a good friend like Kongo.

And wow she got her chance to shine. Of course like any good person she was open to being taken out by ugly tactics. But she did everything in her power. Easy to forget how wild Level 3 or 4 espers can be. She was an utter terror. That guy utterly underestimated her and it was going to bite him. Kongo is absolutely a fitting member of this cast with her over the top destructive abilities. And heck, she is capable of covering for her destructiveness with the power of money! 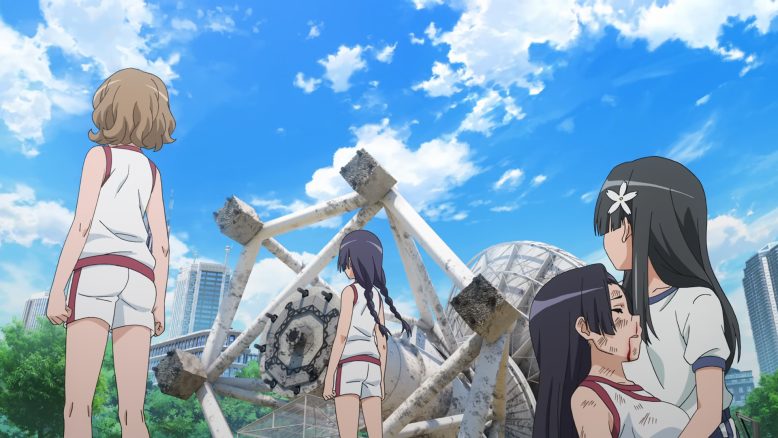 It was pretty great though seeing Saten, Wannai, and Awatsuki show up and looking rather pissed. Even though Saten doesn’t have her memories of Mikoto, she does know Kongo and care about her. Didn’t hurt either that they used a familiar track to hype up the end of the episode. It fully captured the pure anger from those girls. Certainly if there was a time for Wannai and Awatsuki to feel some legit rage, this was it. They won’t have to worry about never having gotten angry before ever again. It was all pretty straight forward, but very enjoyable watching the water just steadily looking angrier as time went on. 100%, I cannot wait to see the next episode and those two just unleashing hell on that guy. 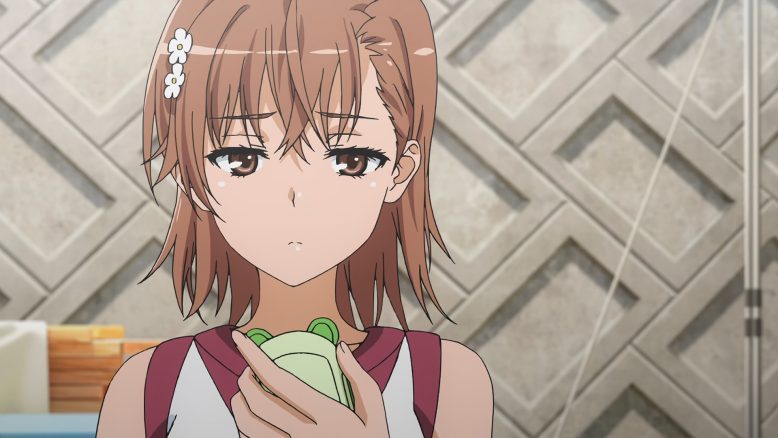 Mikoto didn’t get to do much, but that’s how it goes. The whole focus for Misaki was to freeze Mikoto’s movements. So of course she’d make sure to throw a number of difficult to deal with lackeys at her. No idea about their abilities, but it makes sense that a few would have the mobility to catch up to Mikoto if she tried to get away. Not that any of them have the ability to actually stop her if she wants to get away. But, they at least can make it so she’d have to attack them in order to pull that off. And if she goes that far it is just a ticking clock before Judgment and/or Anti-Skill will be thrown at her. And the situation will steadily get out of control. She has to wait for the right opening to do anything. That means side characters can shine. 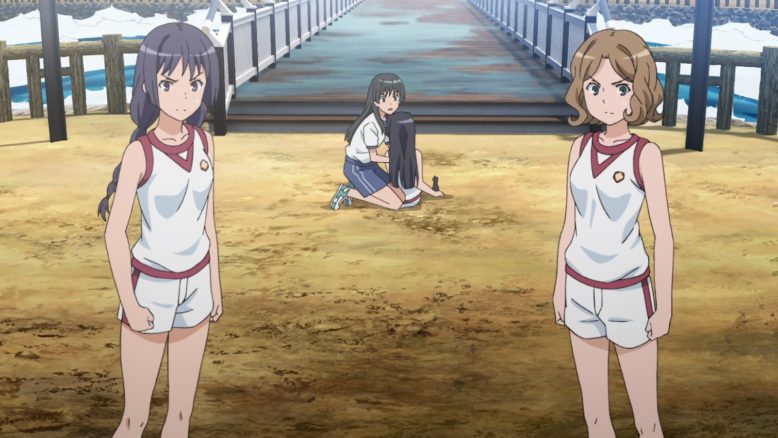 We still don’t know a lot about what is going on. What the heck is Misaki aiming for? And what is up with this third party? They seem to be after both Mikoto and her clones. Although I can’t imagine it should be that hard to find them. There are thousands of them. Sure, a good many must have been moved to outside facilities to be looked after. But there has to be more than just one inside of Academy City (plus Last Order). But, the arc is really picking up now. We aren’t lacking people who need to get knocked around. And I love that we’re going to get a showdown with honestly two characters that haven’t been allowed to do all that much before now. The hunt to save the Misaka clone is ongoing. And maybe they can get intel from that animal whisperer esper. Should be fun.