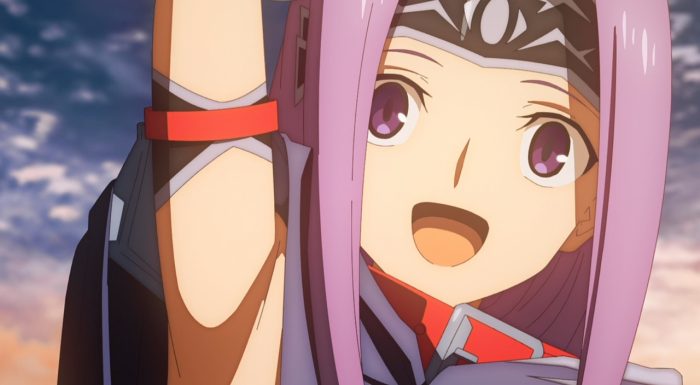 This episode covered so much ground that it would be difficult to summarize. I can certainly see how breaks were needed before this second half though. There was a great deal of action in this episode from start to finish. Things are picking up and you can tell that the situation is only going to get worse for everyone in this setting before the end. Just a nightmarish mess that is so bad that even Kingu is learning how bad this is going to go. I’d feel bad, but I absolutely don’t feel bad for him here. He’s been a monstrous entity for much of the story. And frankly if the situation involving Ushiwakamaru was learned, I doubt we’d have seen any remote concern from Fujimaru either. 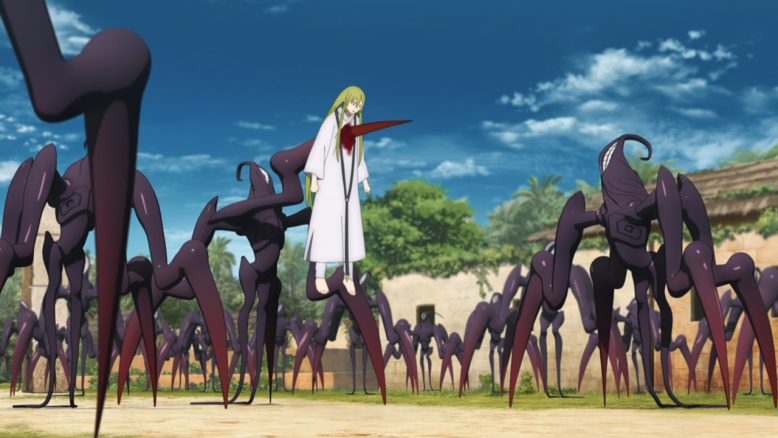 They were played pretty well by Kingu here. Of course was there any real choice? If they didn’t stop Gorgon then she would have annihilated the people of Uruk. It is in some ways a lose/lose scenario that they are dealing with here. They only really traded out Gorgon for Tiamat herself. But, one would hope they can find a way to deal with this. You can’t deal with the main and true threat until you’ve dealt with the first one facing you. It is a frustrating thing though since the price for this was both Ana and Merlin.

They probably could have covered in more detail why Merlin was taken out in this episode. But this episode tried to do so much that I can’t imagine there was time to force in the dialogue. We just have to appreciate that the awakening of Tiamat who Merlin himself apparently ‘sealed in a dream’ would heavily damage the person who was keeping her sealed. At least Merlin was certainly accurate in that he wouldn’t be seeing Gilgamesh after the defeat of Gorgon… 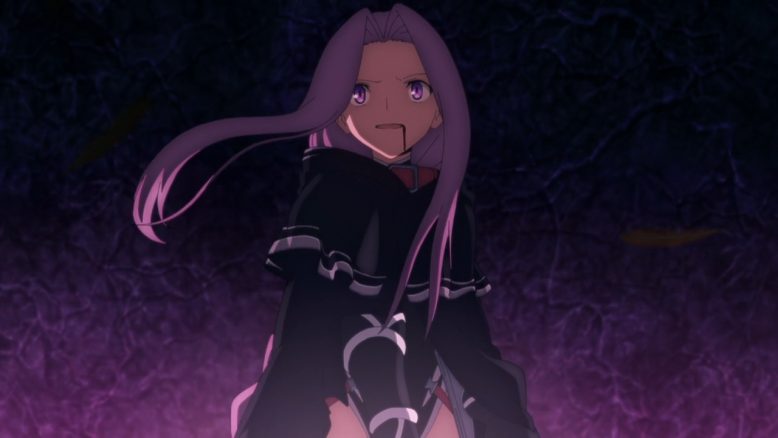 Might as well focus on Ana for a bit here. It is a total shame that she is gone. It was a pretty painful hit in general when seeing her get hit hard by that last shot by Gorgon. So in that moment it was just a question if she could deliver the finishing blow or perish before that point. For a young version of Medusa…she did the best she could. It was only proper that the younger version would take care of the monstrous form of her older self. She came to this place for this purpose and fulfilled it wonderfully. Of course the real hard thing is that there just wasn’t much time to dwell on her loss. The cast didn’t have much time to grieve for her sacrifice before things truly spiraled out of control.

In some ways it is a good thing for Ana. She fought so hard for the people of Uruk, that old lady, and to put her revenge driven older self to rest. It would have probably broken such a kind girl to see the utter chaos wrecked by the Lahmu. She got to pass on while believing in what she was doing and giving her absolute best. It was a truly heroic last moment from a girl that had been utterly treated like a punching bag this arc due to having to be the one main offensive servant that Fujimaru had until they ‘recruited’ Ishtar. It is sad that her victory was the trigger for something event worse. But in a lot of ways they simply didn’t have any other option. 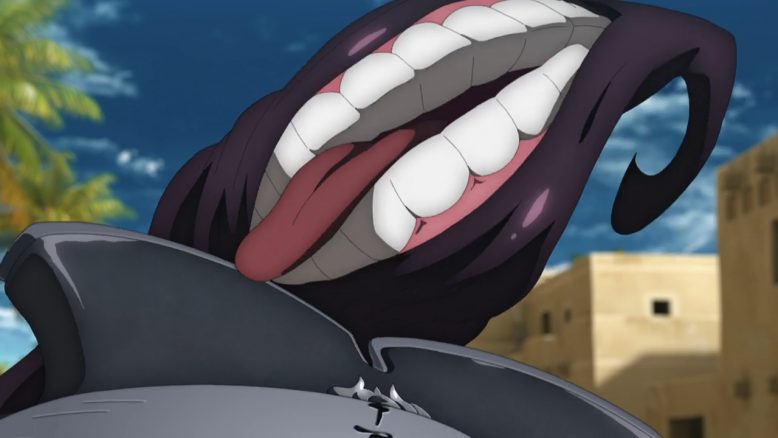 What can you say about the Lahmu? Just a terrifying force. You can tell they kind of had to tone things down a bit and cut away from the horrific brutality that they were unleashing. I kind of wonder if they’d pull back a bit on the blu rays, but maybe not. People are being murdered, ripped apart, and killed in utterly unpleasant ways to visualize. It’s a total nightmare from Uruk to Eridu. You get right down into the muck with this one. Seeing people getting destroyed and how terrifying it all is. And it all doesn’t seem to matter. Run? You die. Hide? You die? Fight? You still die. There’s just nothing the poor people can do but freeze up and hope someone will be there to save them.

And it really doesn’t get much better as the episode goes on. You see people fighting to the death purely for the sadistic amusement of these monsters. They start out unable or unwilling to speak at all. And it honestly isn’t more comfortable when they start talking at the end. Beyond even that is the even more terrifying implication they drop near the end. Siduri was kidnapped. Why kidnapped? All we can say for sure is that we see a Lahmu acting weird if not strangely friendly…Yeah, I don’t even want to comment on that. I just draw the line at that kind of horrific possibility. 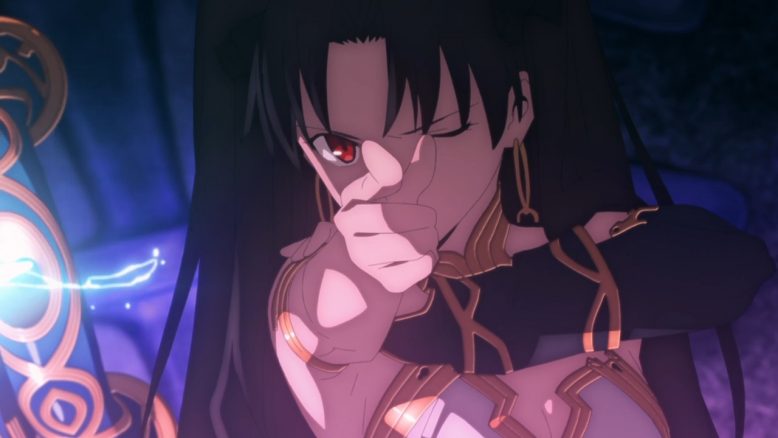 So this was a real nightmare. It had some great action sequences from the fight against Gorgon to the fight against the Lahmu. I’d argue the pacing was a bit too fast and they could have let moments breathe a bit more. But there is plenty of stuff to deal with and I can play a wait and see approach. Let’s see what they wanted to spend more time on that required hurrying some parts here and there. At least the Gorgon and Ana stuff was pretty well done. They took time to focus on Ana/Medusa looking to her siblings, their fate, and Gorgon herself. Overall I’d say it was a great episode. The downside being it came at the cost of a sweet girl.