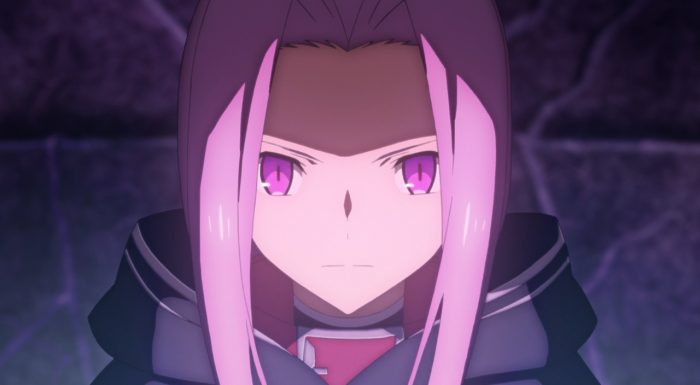 The showdown with Gorgon is ready to start! This episode did a nice job of building up the tension, giving us some action, and setting up for easily the most distasteful enemy we’ve seen in the Babylonia anime to this point. Her goals of genocide would be bad enough, but it just goes way beyond that. Turning people into monsters through horrific means is beyond going too far. Her rage and vengeance has truly twisted Gorgon into a total monster. The tale of the Gorgon and Medusa is easy enough look up and there is a good chance the next episode will delve a bit more into it so for now will just wait before diving into that. But even though she has reason to hate humanity, it doesn’t mean the main cast can let her win. 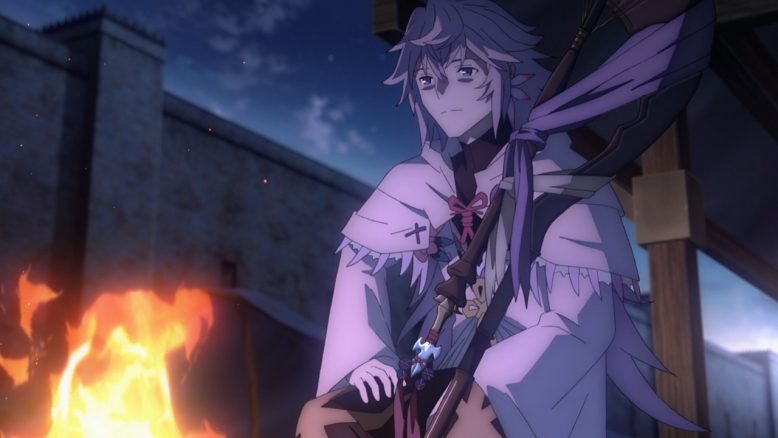 It’s a bit nerve-wracking of course to have so many ‘last moments’ in this episode. Sure enough the story seems to be winding down here. Gorgon is the last goddess that is a threat to them. She goes down, they get the grail from her, and this wraps up nicely. That we are just a couple episodes into a new season kind of leans against that idea, but not much the story can do about that. A lot of time spent on Merlin, Gilgamesh and Ana in this one. We get a nice bit of further insight in regards to how all these characters view people and their relationship with them.

Gilgamesh and Merlin don’t really have strong attachments to humans, but they still like humans. They are a bit of an odd duo, but certainly valuable to have on the side of humanity in this kind of situation. The inhuman part of their ancestry creates beings that are partially human, but are very distinct from humans. But their goals and beliefs do align with humanity surviving here and so they will fulfill their roles in all this. Whether it is for the sake of seeing the last dream of humanity or seeing the value in the works of humanity, they do have reasons to help humanity avoid being incinerated from history itself. 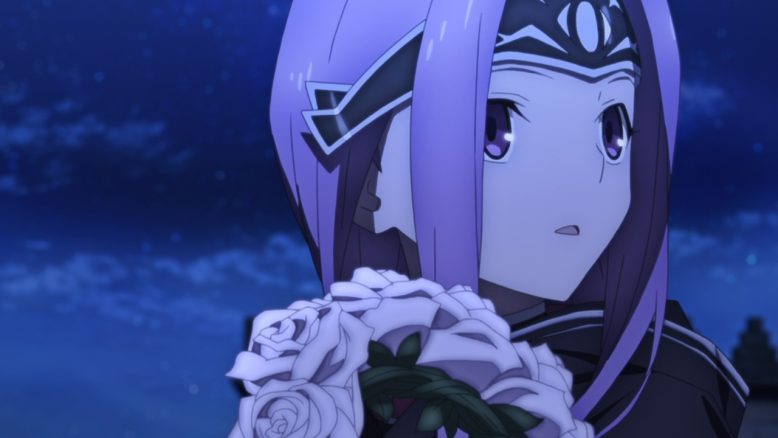 A fair amount of the episode also was dedicated to Ana. Her connection to Gorgon all the more pronounced at this point. And we got to see the twists and turns of her feelings. Of course being who she is Ana still has some level of dislike for humans. But beyond that is the feeling of wanting to be liked, wanting to like them in turn, and truly being able to coexist. Ana’s journey in this story has been an opportunity to live something closer to the life she always wanted, but was denied. It’s a scary thing having so much happen before a final battle. But at least can appreciate the warmth that exists in her smile. She is ready to face off against Gorgon who can’t even perceive her properly. Only able to see Ana as some horrifying monster instead of the sweet girl she actually is. 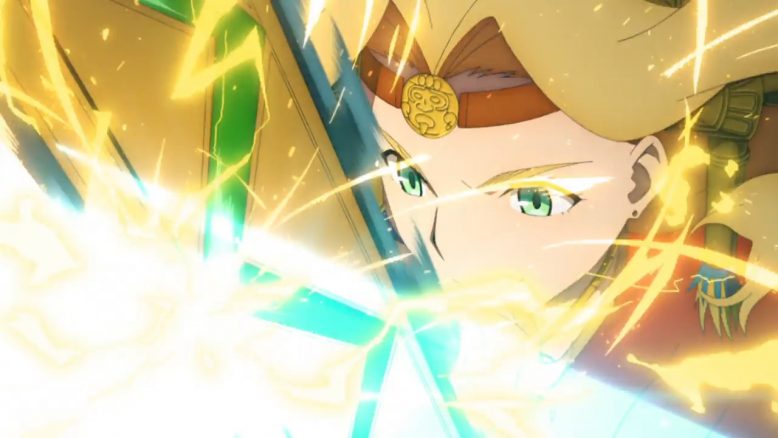 There was a lot of good fun in the episode. It wasn’t all sombre moments. Kingu vs Quetzalcoatl was pretty entertaining. Of course that was kind of a jerk move by Merlin in tricking her. But to be fair I guess they had no other option. They needed that axe to be thrown towards the shrine and Quetzalcoatl was the only one with the insane strength needed for that. And if she knew the full plan then violating the agreement to that degree probably would have killed her. So an option that left her only seriously injured was the best pick. Just not sure she was super happy about that one XD. At least we got a full and fun fight between her and Kingu before the story moved along. 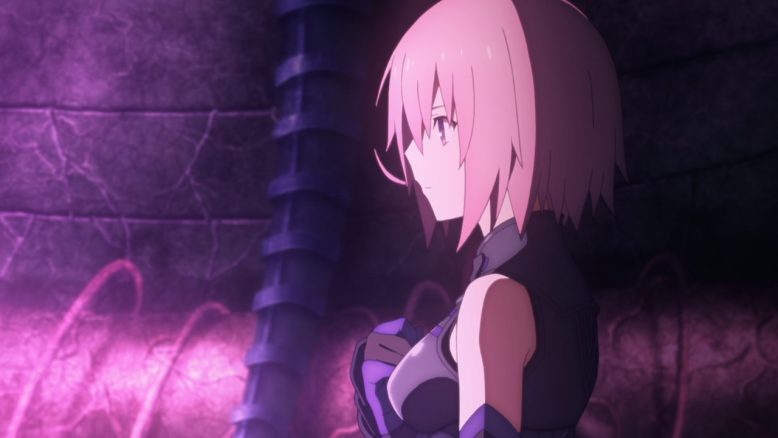 And now we’re set for this big showdown. Of course Kingu is on his way there. So it is a race against time. If that guy enters the picture then the situation could easily turn on them. It will be tough enough considering Gorgon is insanely powerful. Even if she has been weakened by that axe, she is going to be tough to handle. At least they don’t have to worry about any fighting limitations for Ishtar and Ana should be at her most powerful right now. Throw in Merlin and Mash on support and they should have enough to win this fight while time is still on their side. It will be a fight to remember.