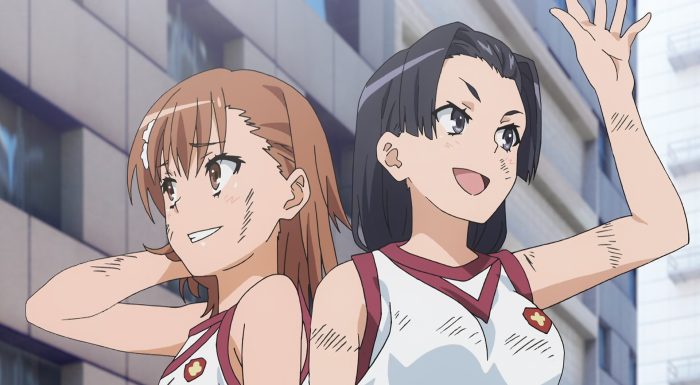 Now the epic of the Daihasei Festival can get underway. This isn’t going to be a short even either. A week-long event that honestly that honestly would be worth the hype to watch. I do wonder how much of the story will be focusing on the Olympic-style events. We are getting some hints that things will get serious sooner or later. It is hard to say what kind of role Member is going to play in all this or what their objectives are. While Mikoto has picked a few fights with Academy City’s darkness, it isn’t clear what may be coming for her or why. 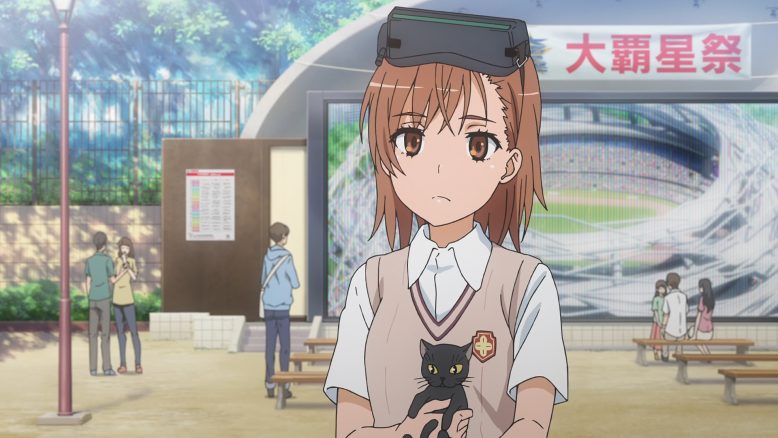 So in a fun turn of events a Misaka clone will get to participate. It may turn out ok since apparently level 5s are expected to nerf themselves for these games. Which seems like a really odd decision to me. If we’re talking fairness, then what about letting Level 4 espers use their powers in the same field as a Level 1 or 0 (or can they not even participate)? Plus a big deal of this event is getting to see all these powerful individuals do their thing. If top notch espers are handicapped then you aren’t getting to see what they can do.

But on the positive side it shouldn’t be as obvious that this isn’t the real Mikoto. She doesn’t have that much electrical output so people will presume Mikoto is just following the rules. The only question is whether the Misaka involved here can do enough so people don’t get suspicious. But, regardless the clones are fun characters. I like seeing them get a chance to have some fun. Even if it would have been preferable to have this be an intentional strategy and not a total accident. 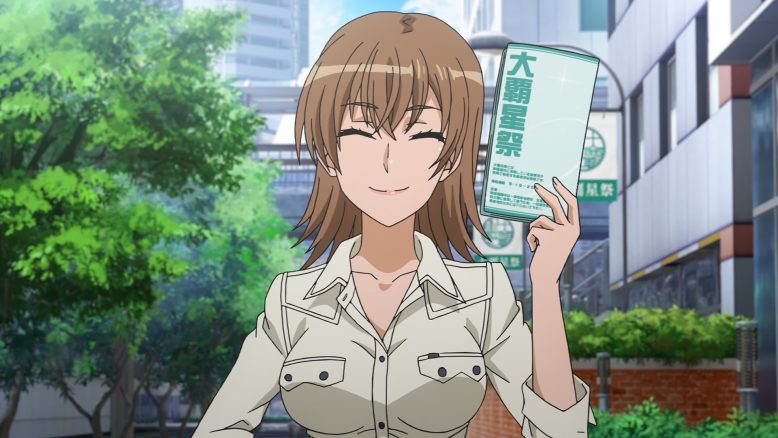 It was nice to see Mikoto’s mother show up. A good amount of embarrassment coming Mikoto’s way with even indirect mentions of Touma. Obviously her romantic interest in Touma is there, which just makes it easy for Saten or her mother to shake her up. Of course a bit dicier for Saten since Mikoto would be more willing to have words with her friend later XD. It will be fun to see how active her mother is during this arc. No doubt she’s in the dark about the whole cloning thing and would be in for quite the shock if/when that was found out. In that sense I wonder if Mikoto will bring the subject up during this festival since it is a good occasion for that. 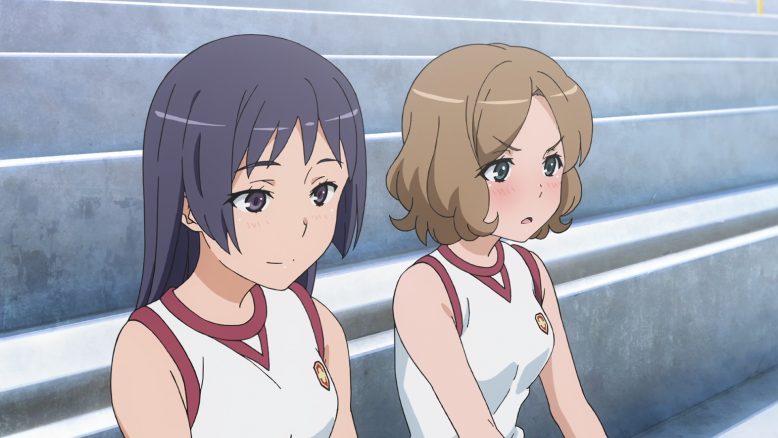 I did enjoy the quick moment spent with Awatsuki and Wannai was pretty nice. Both at them having reactions to the tug of war they were watching or some moments of introspection. You would say they are pretty chill and calm in general. So it is kind of interesting having them note that their calm demeanor did hurt their ability to get fired up and competitive. It is good to avoid looking down on others. But without some fire you just aren’t as able to get into the competitive spirit. Will be interesting to see if they do get legitimately angry during this arc. 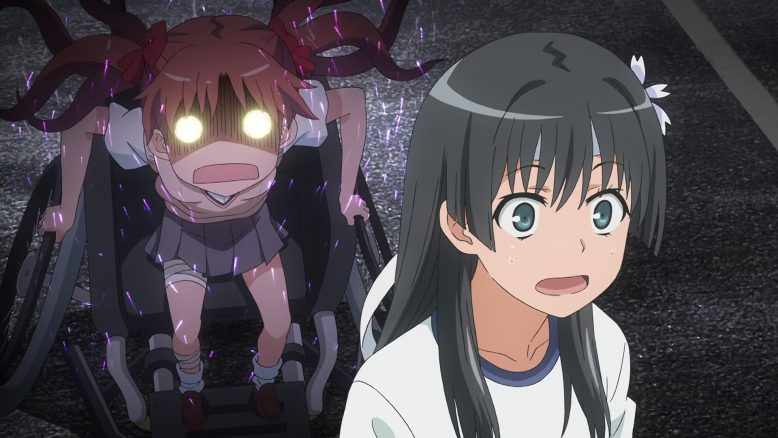 The fun we could have with the race portion was good. While I was iffy about the nerf Mikoto had to work with, she came through. I liked the focus on various characters during that race with Mikoto and Kongo only really taking prominence near the end. It was going to be unfortunate for the competitors that Mikoto had a winning play set from almost the start, but they all tried their best. And it was a good occasion to see different types of esper abilities. Be it the power to control small animals to that combo move where those guys gave themselves a near rocket boost of power. On the surface this is supposed to be a fun event.

This was another good episode. I’m getting curious about the direction of the arc and what might be coming. Different forces are on the move right now. And we’ve still got subplots like Kuroko and Uiharu dealing with the fallout of Kuroko getting hurt. It should be fun to see how the clone does in the next event.