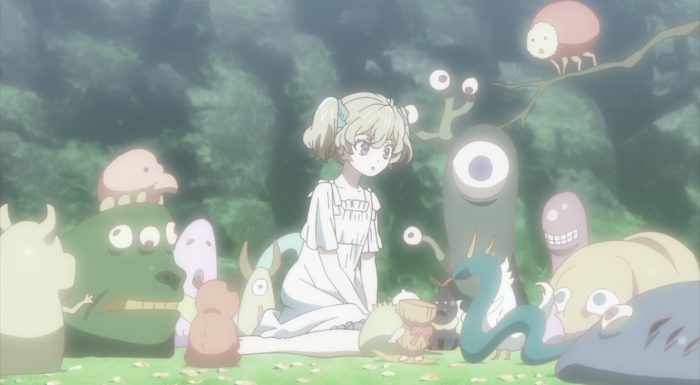 This was a show that I was curious to check out when reading the summary and catching the previews. An interesting mix with two leads that have interacted with the supernatural in distinct ways and come out of it with different outlooks and traits. And interestingly they came out of it in ways you wouldn’t quite expect. Kotoko was extremely calm about her situation. She lost an eye and a leg and yet wasn’t overly shaken up. Instead she was seemingly fine with this trade in order to become this Goddess of Wisdom. While Kuro for unknown reasons ate the flesh of youkai and ended up with a body that is poison to them and can regenerate. Presumably he also doesn’t feel much pain since getting his arm bitten off didn’t bother him that much. But he’s clearly far less of a fan of the supernatural. 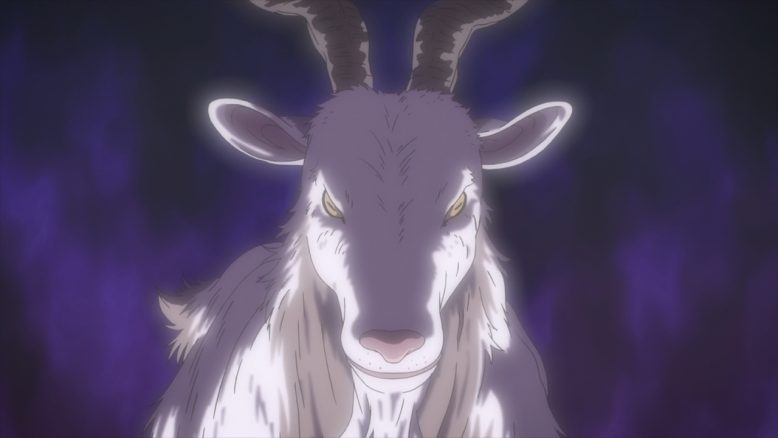 The key thing for a show like this are the main characters. So far I’d consider that a big win after one episode. Kotoko is just an interesting girl. She’s very direct, fairly level-headed, and also rather patient. She knew there was no point making a move and actually just waited as Kuro’s love life developed. But when she found out he had broken up with his girlfriend then she was all ready to make a very clear confession. But she’s also a bit of an odd girl in how she ended up falling for him. I suppose since she could tell he was very much abnormal from the start it lead to her…goat analogy taking form. Something that didn’t make much sense initially, though made a bit more as the episode went along. Kuro seems like a pretty passive creature at first glance. But in reality he’s pretty monstrous. 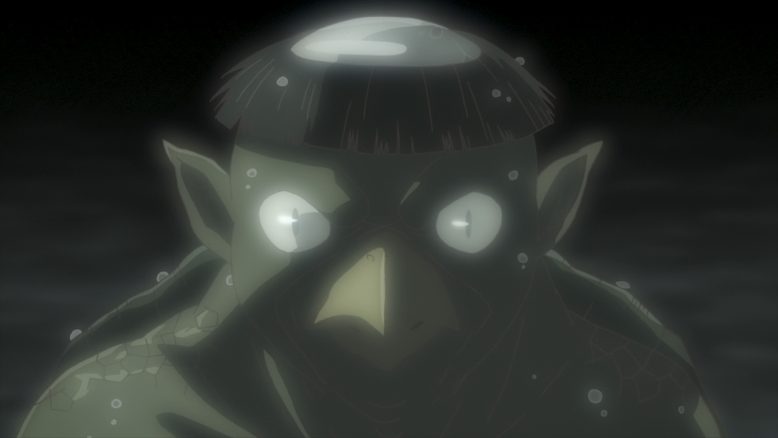 In some ways I’m not shocked that things broke down with his girlfriend like that. A monster that scared the hell out of her, ran away in terror when it saw Kuro. Maybe she even saw something in his expression that shook her. But following the analogy, she only really saw the common view of the goat. A pretty passive creature that eats grass and is pretty unassuming. But eventually she saw that there’s a lot more there and effectively “saw his horns.” Maybe others would find her breaking up over that rather odd. But I can sort of get the idea that she suddenly felt like she didn’t know him at all and things steadily started to fall apart. 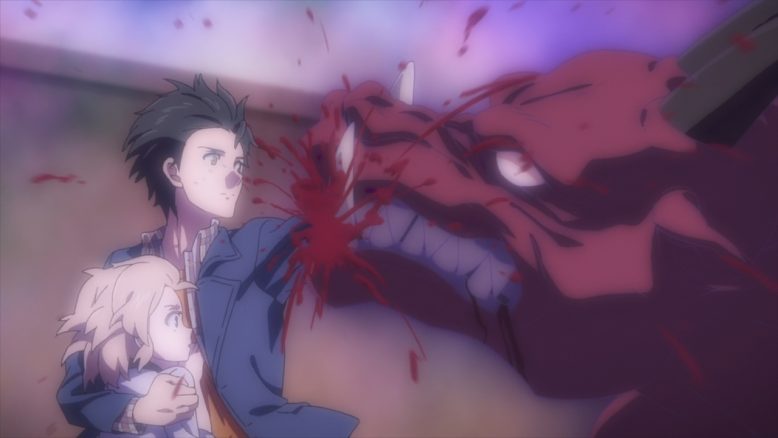 There are plenty of mysteries left after the first episode. Just what happened to Kuro in the past that lead to eating youkai meat? Heck, what is up with the condition of his cousin? I find it hard to believe there isn’t a connection between those two things. While not a mystery of the past, I am curious to see how things play out between Kotoko and Kuro. Her interest is straightforward and incredibly honest. But he did end up losing a relationship that meant a lot to him. It does seem as if he’ll be pulled into more incidents going forward though. Which isn’t necessarily bad since he can clearly handle them just fine. He might end up too worried about Kotoko’s wellbeing to leave her be. Her position does require handling disputes and some difficult situations. Future dangers are inevitable. 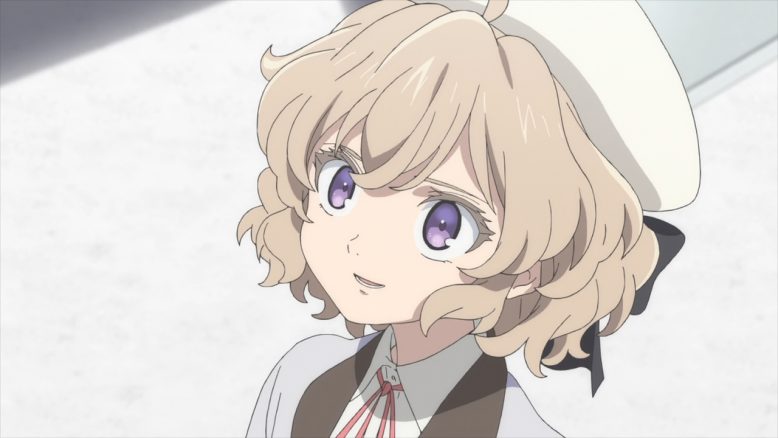 While my plate is too full to pick this show up, we got a nice first episode here. The main characters are likable so far and I’m left curious to see the direction the story will take. It wasn’t a first episode that blew me away, but it was comfortably enjoyable. I fully expect to keep watching and enjoying the show going forward. Hopefully it keeps up this level of quality.