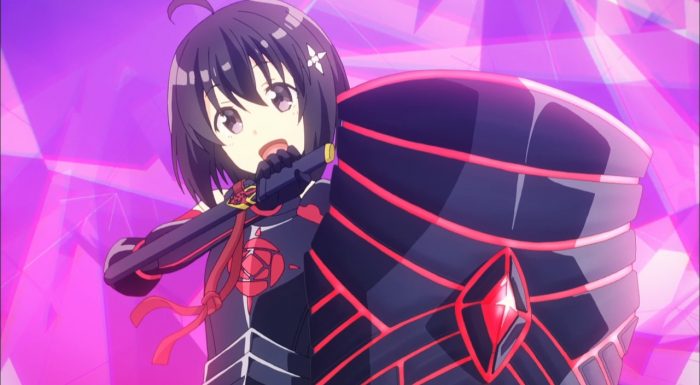 There is something to be said about a show that can be light and fun while being a solid first episode. That really is what we got here. Maple’s start on the journey to be the ultimate iron wall of that game is well underway. It was just a lot of fun watching her steadily grow in defensive power while actually finding fun and clever ways to defeat the monsters she was up against. Going into this I worried that Maple would potentially be boring or just be too naïve about what she was doing. Instead we got someone that did ponder whether to just remake her character before embracing the route she’d decided to go down. 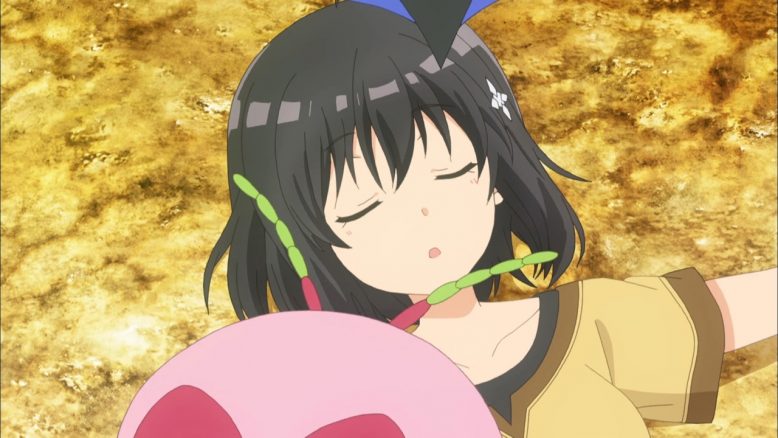 For a first episode we got quite a bit of progression for Maple’s stats and it nicely stayed focus right on her. We still got to see or meet a few characters that would undoubtedly become important later in the show. But it was kind of enjoyable to just stay with the main character for an entire episode since it did allow us to go from her being a total new player to someone that could eat a Hydra by the end of the episode. And we did get a nice look at her thought process for much of this. Steadily she picked up new skills and was really getting into it. Something purely enjoyable about seeing someone finding something that they start really enjoying and getting absorbed into. 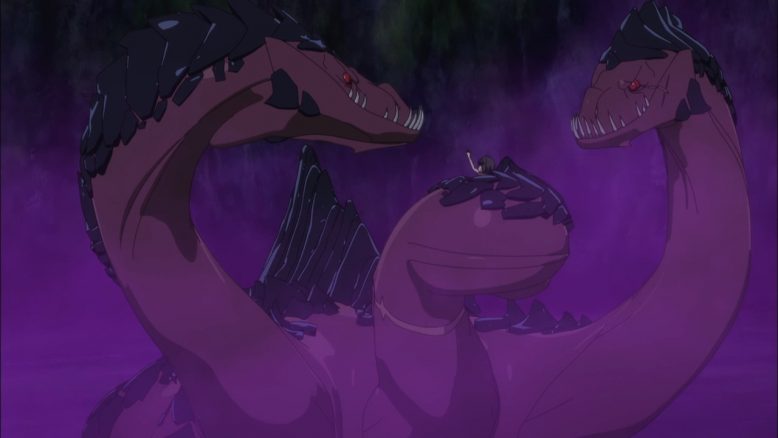 They handled the combat side of things pretty well in the first episode. Maple herself isn’t likely to have too many flashy moves, but we got to see her use what she had. She has a pretty flexible mind when it comes to little strategies. We saw her use her head to lure in that poison bug before a quick counter attack, crushing slime with her shield when slashing failed, and find a way to endure the assault of the poison dragon. It wasn’t like she was just gifted victory, but instead she really used her head and everything she had. From the earlier fights she knew that if she could hold out long enough there was a good chance she’d gain a high enough poison immunity to survive. So she just held out…tried a few things, and then ate her enemy!

Not a bad pace for the first episode. Since we did get to see her gain her main character equipment by the end of the episode. While it certainly happened fast in general, she did everything she needed to in order to thrive. Maybe it is a stretch that she could possibly eat her way to victory since…with that low attack I’m not sure her bite power should be very high. But it was fun so I’ll roll with it. 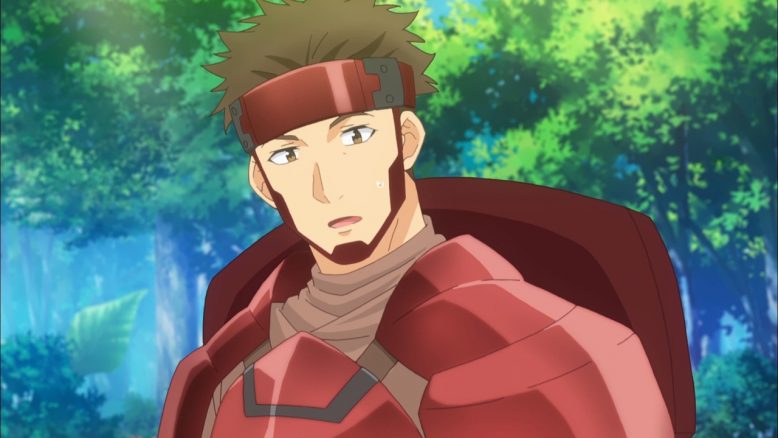 It will be interesting to see how the other characters change up the dynamic. Maple is fun, fairly clever, and someone you can’t help but root for in whatever she’s doing. But we’ve got her best friend set to join the action sooner or later. And you have to think she’ll hit the ground running in this game. And then you’ve got acquaintances such as Kuromu and Iz. No doubt they’ll be pretty amazed seeing this girl actually having walked into that dungeon, cleared it, and left with a pretty sweet set of equipment. As expected of the legendary girl that could fall asleep amidst monsters and not suffer any damage whatsoever. 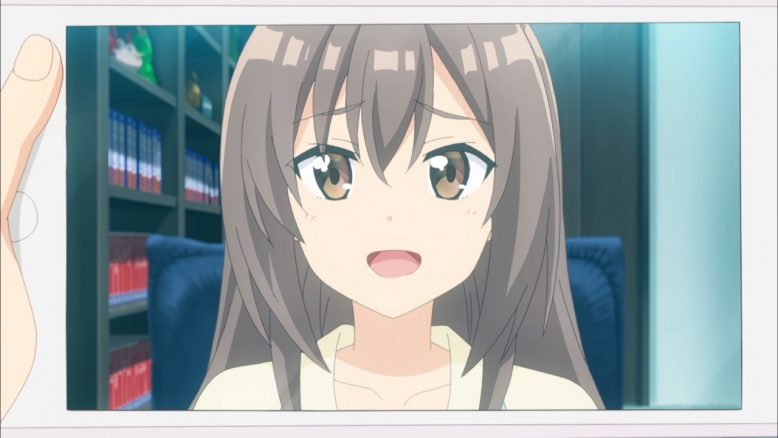 In terms of first episodes, this was a very enjoyable one. The visuals were very pleasant with enough attention paid to the effects (such as the poison attacks). If Silver Link keeps up this level of effort it should be a very good looking show throughout. I’d expect we’ll start focusing a bit more on the various people Maple is going to run into after spending an entire episode mostly focusing on her playing alone. Fingers crossed that the show remains good and fun. With my plate so full I probably can’t pick this one up. But I am glad there was time to focus on this first episode at the very least. Should be a pretty fun and relaxing show.