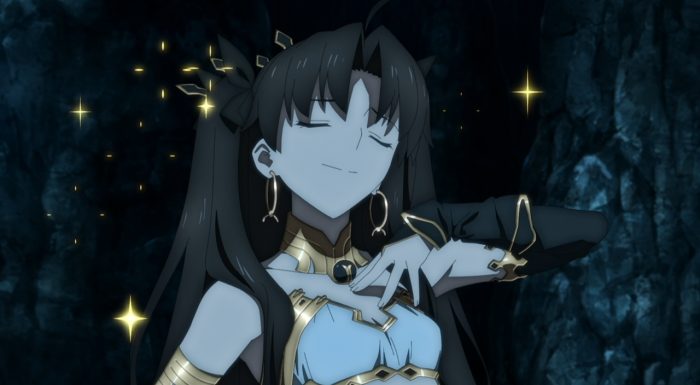 It feels like forever since I got the chance to talk about this show. Which is certainly fair considering the gap between the past couple episodes. But, we are just racing right into the second half of this show. Considering the gap between episodes, it was a smart move not to end the previous one on a serious note. They could play up the “oh no, Gilgamesh” in this one since the characters didn’t realize what was going on. It was kind of interesting to see Merlin actually freak out. For all the personality quirks of Gilgamesh, he is an important entity. It is also interesting that he was considered so important that Merlin didn’t want him on the front lines. No wonder everyone was a bit on edge about the possibility that he’d really died from overwork. 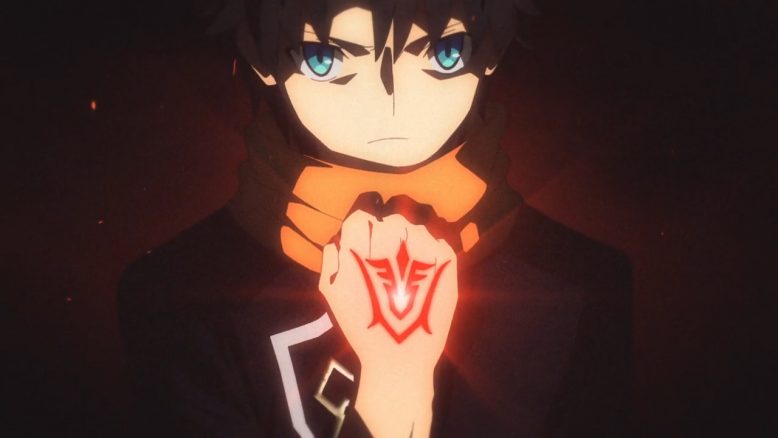 One thing I didn’t love that I wanted to talk about somewhere was the new OP. The visuals weren’t bad, though it wasn’t as much fun as the first one. Probably fitting that a lot of it is covered in the dust-like particles that appear when servants are defeated in-game. But, it did make for a kind of ugly opening sequence. But the worst thing was the song. It was clearly another verse of the same song for the first OP, just infinitely worse. It was starting, stopping, unstable, and just not as good. An opening isn’t the biggest thing for a show, but not having a good is unfortunate. I think I get what they were going for in some ways. Kind of mirroring the art style of how they displayed human figures on ancient pottery. But it just didn’t work for me. 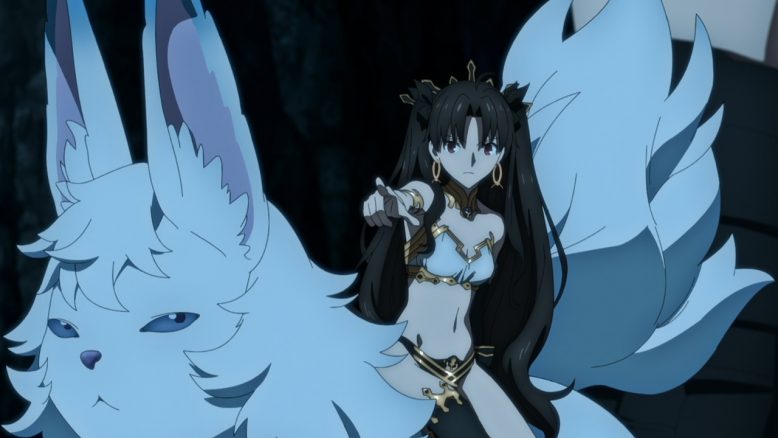 Back to the positive stuff though was honestly Ishtar. She kind of won this episode in that we got the full spectrum from her. This is a character that can be powerful, agile, kind, good, goofy, cocky, and reckless all in a short period of time. We got just about all of it here. With her freaking out over Ereshkigal being around, to blowing a path to the underworld, and totally taunting Ereshkigal before being smote by lightning. There’s a nice balance with Ishtar. She can be very ridiculous at times. But, she also was willing to guide Fujimaru to the underworld even knowing she was going to be put into a very vulnerable position. She even left directions to have Mash and Fujimaru saved if they failed without concern for herself. And even with all that she mostly just throws fairly soft (almost familial) verbal taunts towards Ereshkigal. 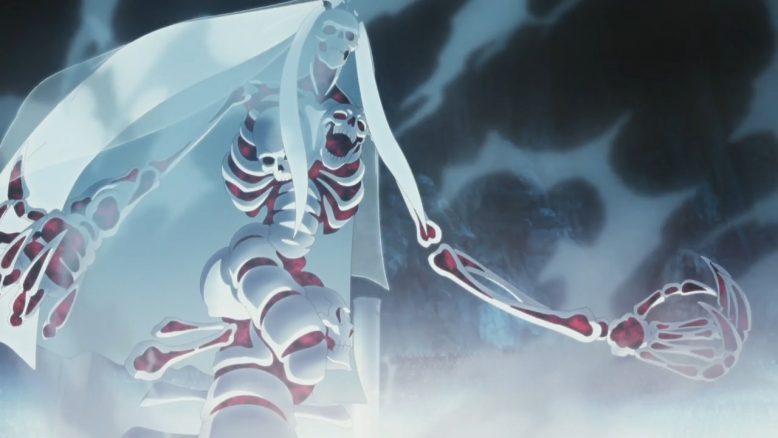 The episode of course ends with some serious tension. We’ve got a gigantic ghost form going in for the attack. But even more serious is that the cold is so severe. Fujimaru especially, but even Mash isn’t going to have an easy time like this. But the crazy thing is that it really is all up to Mash. Gilgamesh is dead so how much he can contribute is debatable. Ishtar obviously can’t do anything in her condition either. Either this won’t be much of a fight or Mash is going to really show off some spectacular efforts. I’m kind of hoping for the latter since Mash deserves more moments to shine here.

But you know this will likely turn into a discussion at some point. Fujimaru has drawn the connections between the girl he was chatting with at night and Ereshkigal. Whether he’s right or wrong, that’s what he believes. No way is he going to just focus on the combat option. They’ve recruited two goddesses thus far, might as well go for a trinity. There’s no way they can work things out with Gorgon. She’s the one goddess that has a clear and powerful hatred of humanity. But the other goddesses we’ve seen thus far at least don’t seem to hate people. 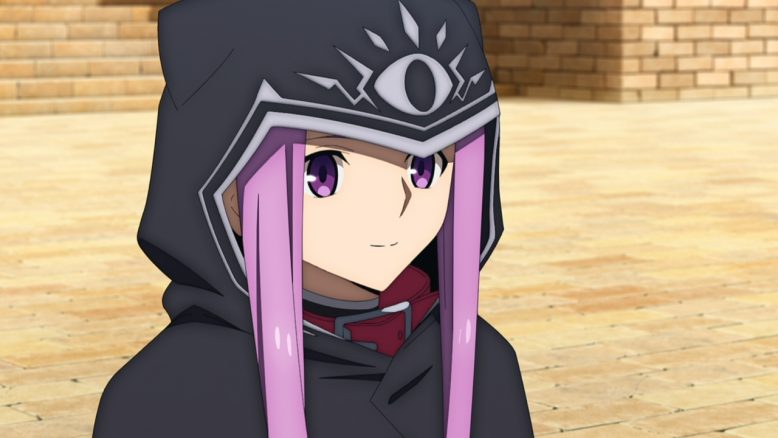 I definitely enjoyed this episode. We got some good comedy, visual spectacle, and beautiful characters. Part of me wishes we’d gotten the chance to catch more of the goofy nature of the gate questions. But, I get that you have to pace things out and sometimes you can’t include everything. The new ending was perfectly solid, even if I liked the first one a bit more. And we’ve got ourselves a great little showdown coming here with Ereshkigal. Time to settle things with this goddess before the eventual battle with Gorgon. Funny how the first goddess to attack them and show hostility will be the last one they end up going up against out of this three goddess alliance. Just how things work out I suppose.